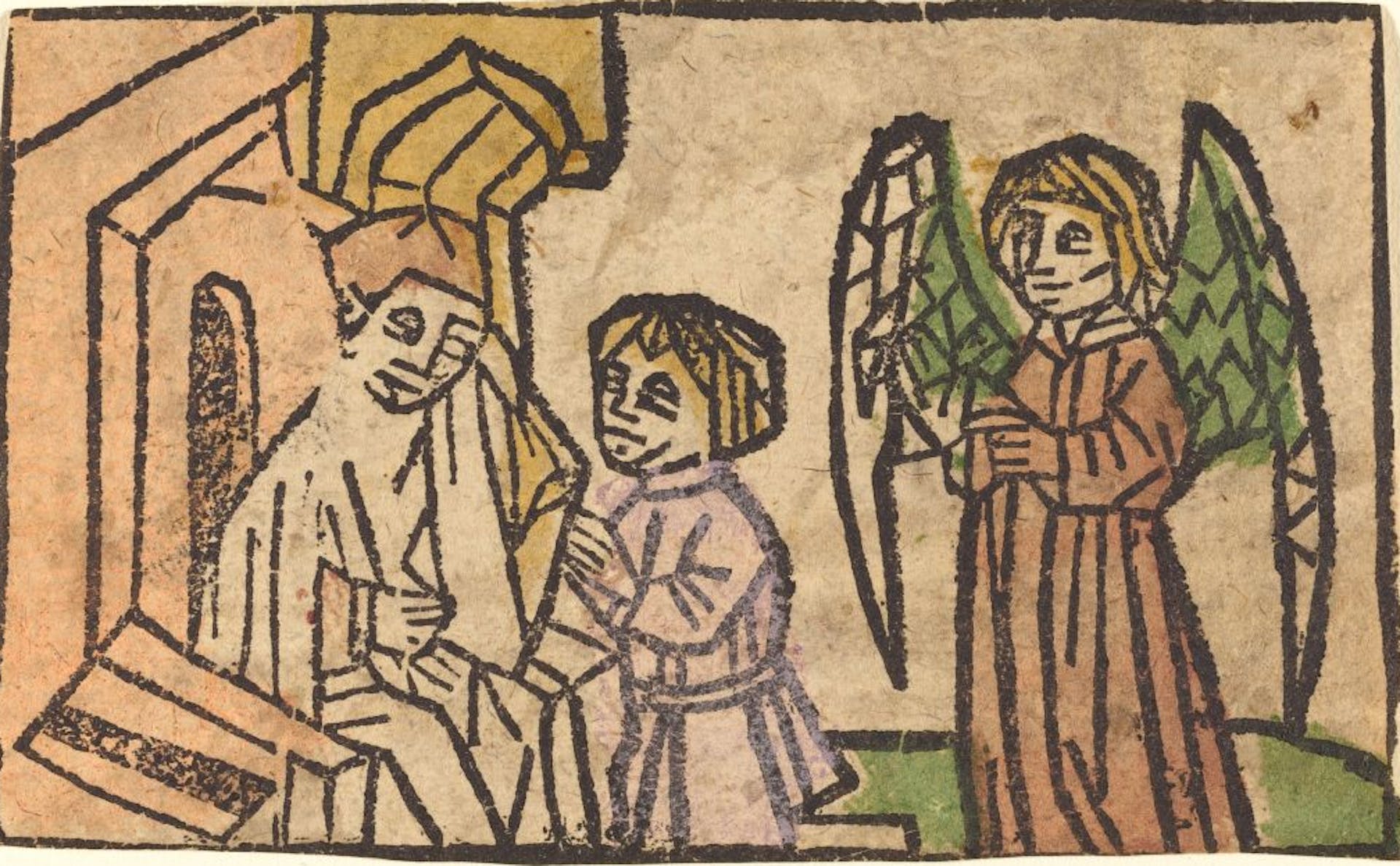 The 14th century is known for catastrophe. By midcentury, the first wave of plague spread through a Europe already weakened by successive famines and the Hundred Years War between England and France. And crises just kept coming. After the first wave, which has come to be called the Black Death, the disease returned at least four more times before 1400. All the while, fresh conflicts kept erupting, fueled in part by the rising number of soldiers available for hire.

As a medieval historian, I study ways that community leaders used Catholic practices and institutions to respond to war and plague. But amid the uncertainty of the 14th century, some Catholic institutions stopped working the way they were supposed to, fueling frustration. In particular, the unrelenting crises prompted anxiety about the sacrament of penance, often referred to as “confession.”

This uncertainty helped spark critics like Martin Luther to ultimately break from the Catholic Church.

During this era, European Christians experienced their faith predominantly through saints and sacraments.

In art, saints were depicted as standing near God’s throne or even speaking into his ear, illustrating their special relationships with him. Pious Christians considered saints active members of their communities who could help God hear their prayers for healing and protection. Throughout Europe, saints’ feast days were celebrated with processions, displays of candles, and even street theater.

Fourteenth-century Christians also experienced their faith through Catholicism’s most important rituals, the seven sacraments. Some occurred once in most people’s lives, including baptism, confirmation, marriage and extreme unction – a set of rituals for people who are near death. 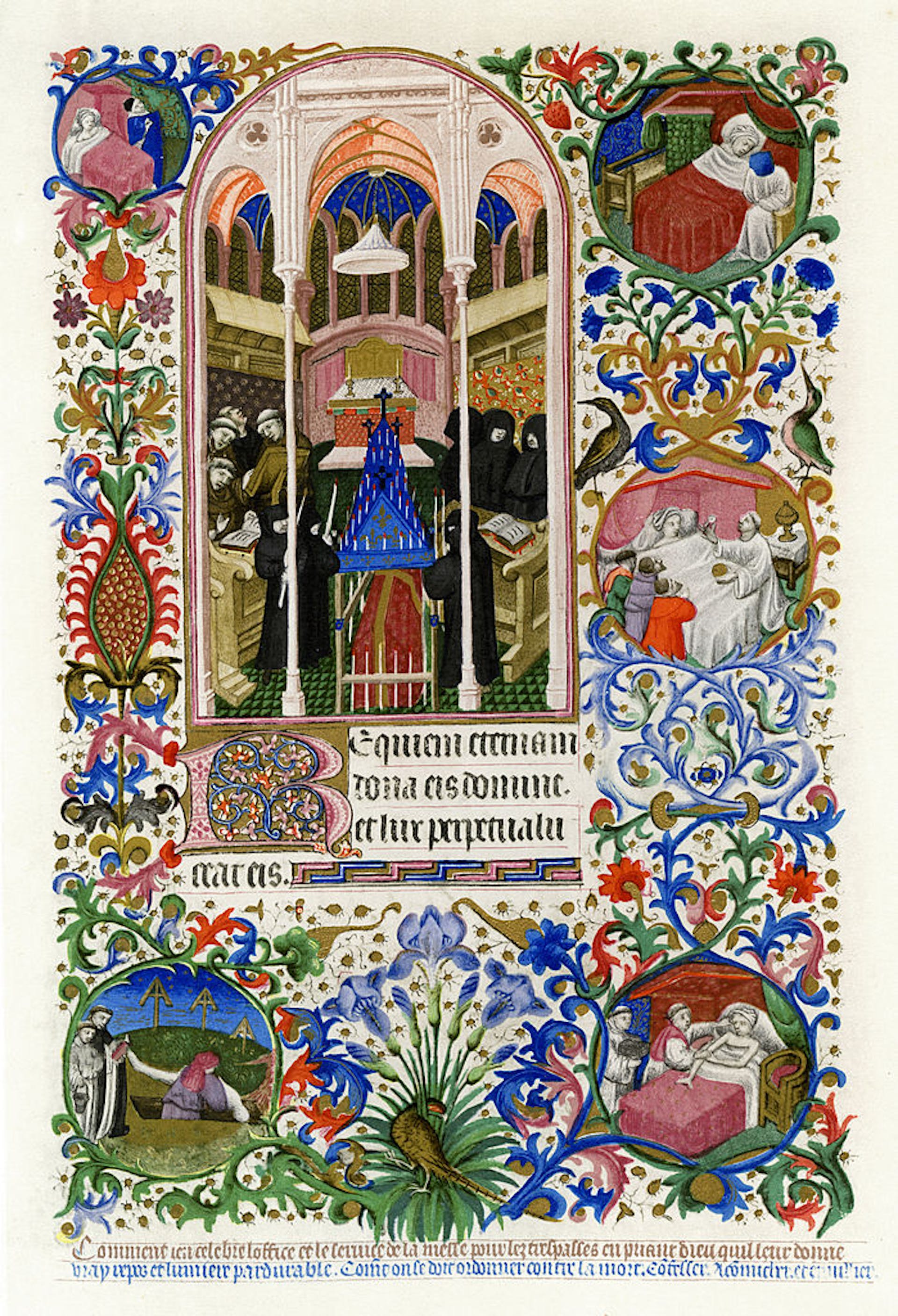 There were two sacraments, however, that Catholics could experience multiple times. The first was the Eucharist, also known as Holy Communion – the reenactment of Christ’s Last Supper with his apostles before his crucifixion. The second was penance.

Catholic doctrine taught that priests’ prayers over bread and wine turned those substances into the body and blood of Christ, and that this sacrament creates communion between God and believers. The Eucharist was the core of the Mass, a service which also included processions, singing, prayers and reading from the Scriptures.

Religious Christians also encountered the sacrament of penance throughout their lives. By the 14th century, penance was a private sacrament that each person was supposed to do at least once a year.

The ideal penance was hard work, however. People had to recall all the sins they had committed since the “age of reason,” which started when they were roughly 7 years old. They were supposed to feel sorry that they had offended God, and not just be afraid that they would go to hell for their sins. They had to speak their sins aloud to their parish priest, who had the authority to absolve them. Finally, they had to intend to never commit those sins again.

After confession, they performed the prayers, fasting or pilgrimage that the priest assigned them, which was called “satisfaction.” The whole process was meant to heal the soul as a kind of spiritual medicine.

Broken up by Black Death

Waves of plague and warfare, however, could disrupt every aspect of the ideal confession. Rapid illness could make it impossible to travel to one’s parish priest, remember one’s sins or speak them aloud. When parish priests died and were not immediately replaced, people had to seek out other confessors. Some people had to confess without anyone to absolve them. 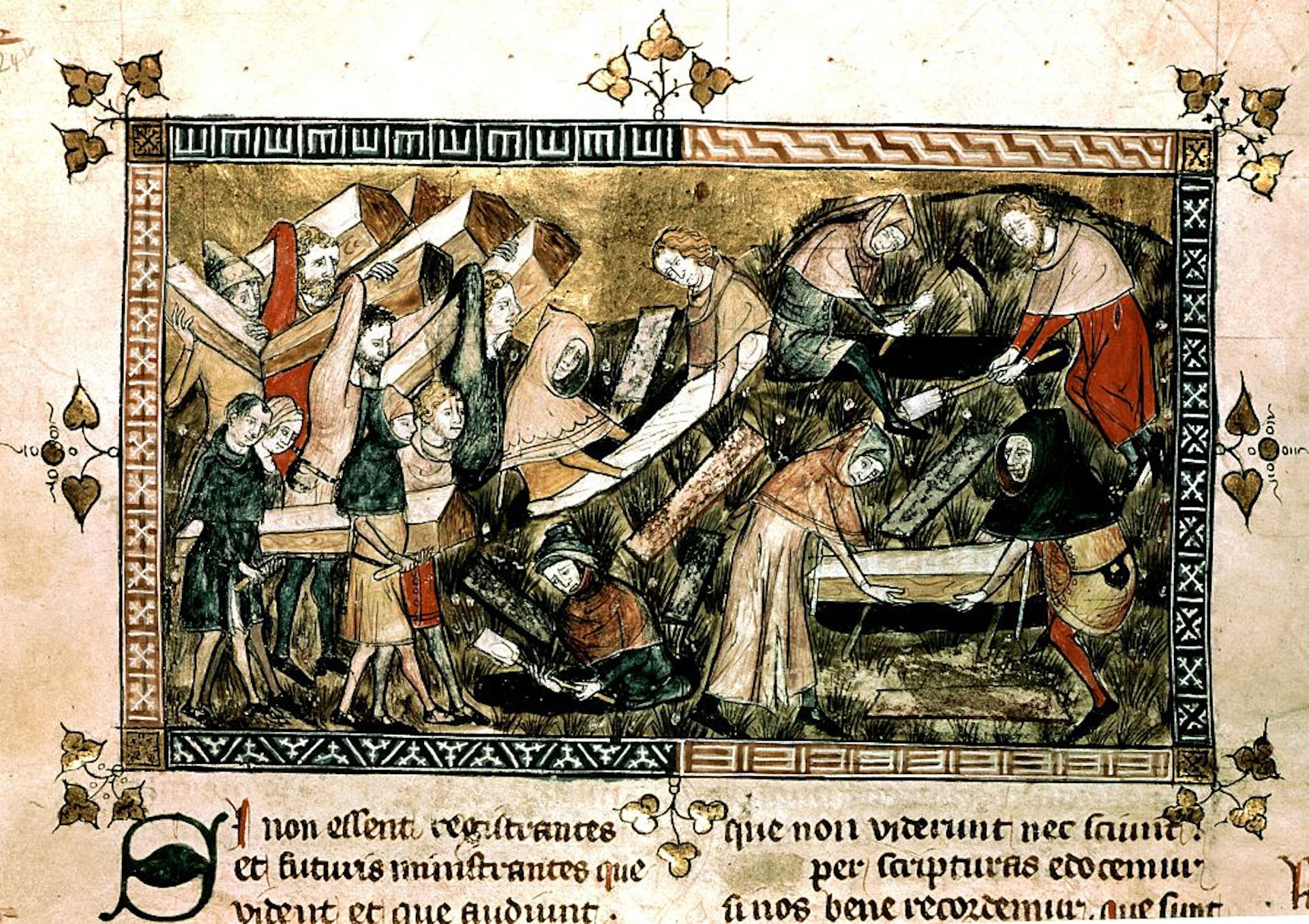 An illustration in the Annales of Gilles de Muisit, from the 14th century, depicts people burying victims of the Black Death. Photo by Photo12/Universal Images Group via Getty Images

Meanwhile, Europe’s frequent wars posed other spiritual dangers. Soldiers, for example, were hired to fight wherever war took them and were often paid with the spoils of war. They lived with the constant weight of the commandments not to kill or steal. They could never perform a complete confession, because they could never intend not to sin this way again.

These problems caused despair and anxiety. In response, people turned to doctors and saints for help and healing. For example, some Christians in Provence, in present-day France, turned to a local holy woman, Countess Delphine de Puimichel, to help them remember their sins, protect them from sudden death, and even leave warfare to become penitents. So many people described feeling consoled by her voice that a medical doctor who lived near the holy woman set up meetings so people could hear her speak.

But most people in Europe did not have a local saint like Delphine to turn to. They looked for other solutions to their uncertainties about the sacrament of penance.

Indulgences and Masses for the dead proved the most popular, but also problematic. Indulgences were papal documents that could forgive the sins of the holder. They were supposed to be given out only by the pope, and in very specific situations, such as completing certain pilgrimages, serving in a crusade, or doing particularly pious acts.

During the 15th century, however, demand for indulgences was high, and they became common. Some traveling confessors who had received religious authorities’ approval to hear confessions sold indulgences – some authentic, some fake – to anyone with money.

Catholics also believed that Masses conducted in their name could absolve their sins after their death. By the 14th century, most Christians understood the afterlife as a journey that started in a place called Purgatory, where residual sins would be burned away through suffering before souls entered heaven. In their wills, Christians left money for Masses for their souls, so that they could spend less time in Purgatory. There were so many requests that some churches performed multiple Masses per day, sometimes for many souls at a time, which became an unsustainable burden on the clergy. 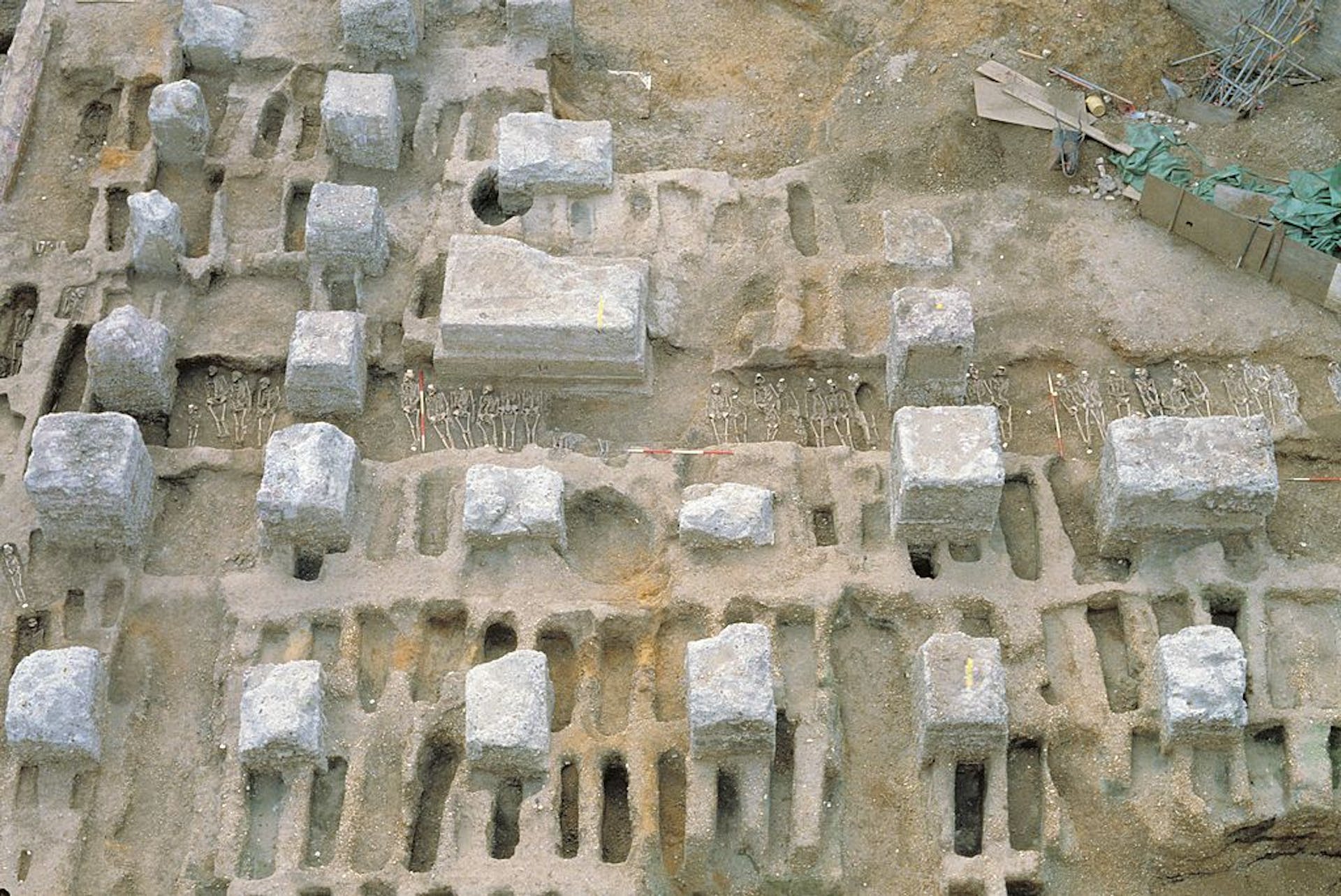 A Black Death burial trench under excavation between rows of individual graves and the later concrete foundations of the Royal Mint in East Smithfield, London. MOLA/Hulton Archive via Getty Images

The popularity of indulgences and Masses for the dead helps scholars today understand people’s challenges during the Black Death. But both practices were ripe for corruption, and frustration mounted as a sacrament meant to console and prepare the faithful for the afterlife left them anxious and uncertain.

Criticisms of indulgences and penance were a focus of reformer Martin Luther’s famous “95 Theses,” written in 1517. Though the young priest did not originally intend to separate from the Catholic Church, his critiques launched the Protestant Reformation.

But Luther’s challenges to the papacy were not ultimately about money, but theology. Despair over the idea of never being able to perform an ideal confession led him and others to redefine the sacrament. In Luther’s view, a penitent could do nothing to make satisfaction for sin, but had to rely on God’s grace alone.

For Catholics, on the other hand, the sacrament of penance stayed much the same for centuries, although there were some changes. The most visible was the creation of the confessional, an enclosed space within the church building where the priest and the penitent could speak more privately. The experience of penance, especially absolution, remained a central ritual meant to heal Catholics’ souls in times of trouble, from the Black Death to the COVID-19 pandemic today.

Nicole Archambeau does not work for, consult, own shares in or receive funding from any company or organisation that would benefit from this article, and has disclosed no relevant affiliations beyond their academic appointment.

Over 150,000 readers rely on The Conversation’s newsletters to understand the world. Sign up today.