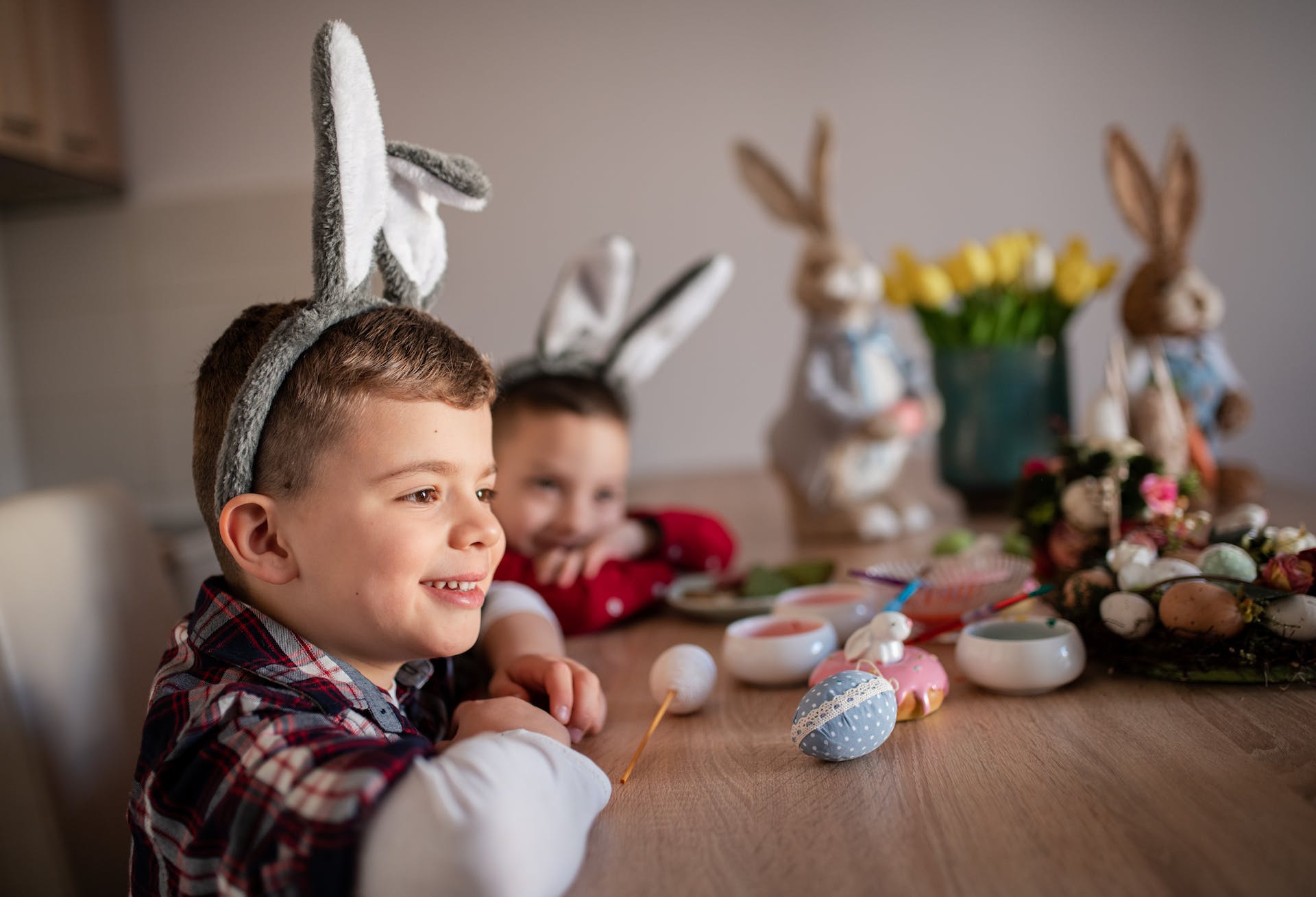 The Easter Bunny is a much celebrated character in American Easter celebrations. On Easter Sunday, children look for hidden special treats, often chocolate Easter eggs, that the Easter Bunny might have left behind.

As a folklorist, I’m aware of the origins of the long and interesting journey this mythical figure has taken from European prehistory to today.

Religious role of the hare

Easter is a celebration of spring and new life. Eggs and flowers are rather obvious symbols of female fertility, but in European traditions, the bunny, with its amazing reproduction potential, is not far behind.

In European traditions, the Easter Bunny is known as the Easter Hare. The symbolism of the hare has had many tantalizing ritual and religious roles down through the years.

Hares were given ritual burials alongside humans during the Neolithic age in Europe. Archaeologists have interpreted this as a religious ritual, with hares representing rebirth.

Over a thousand years later, during the Iron Age, ritual burials for hares were common, and in 51 B.C., Julius Caesar mentions that in Britain, hares were not eaten, due to their religious significance.

Caesar would likely have known that in the Classical Greek tradition, hares were sacred to Aphrodite, the goddess of love. Meanwhile, Aphrodite’s son Eros was often depicted carrying a hare, as a symbol of unquenchable desire. 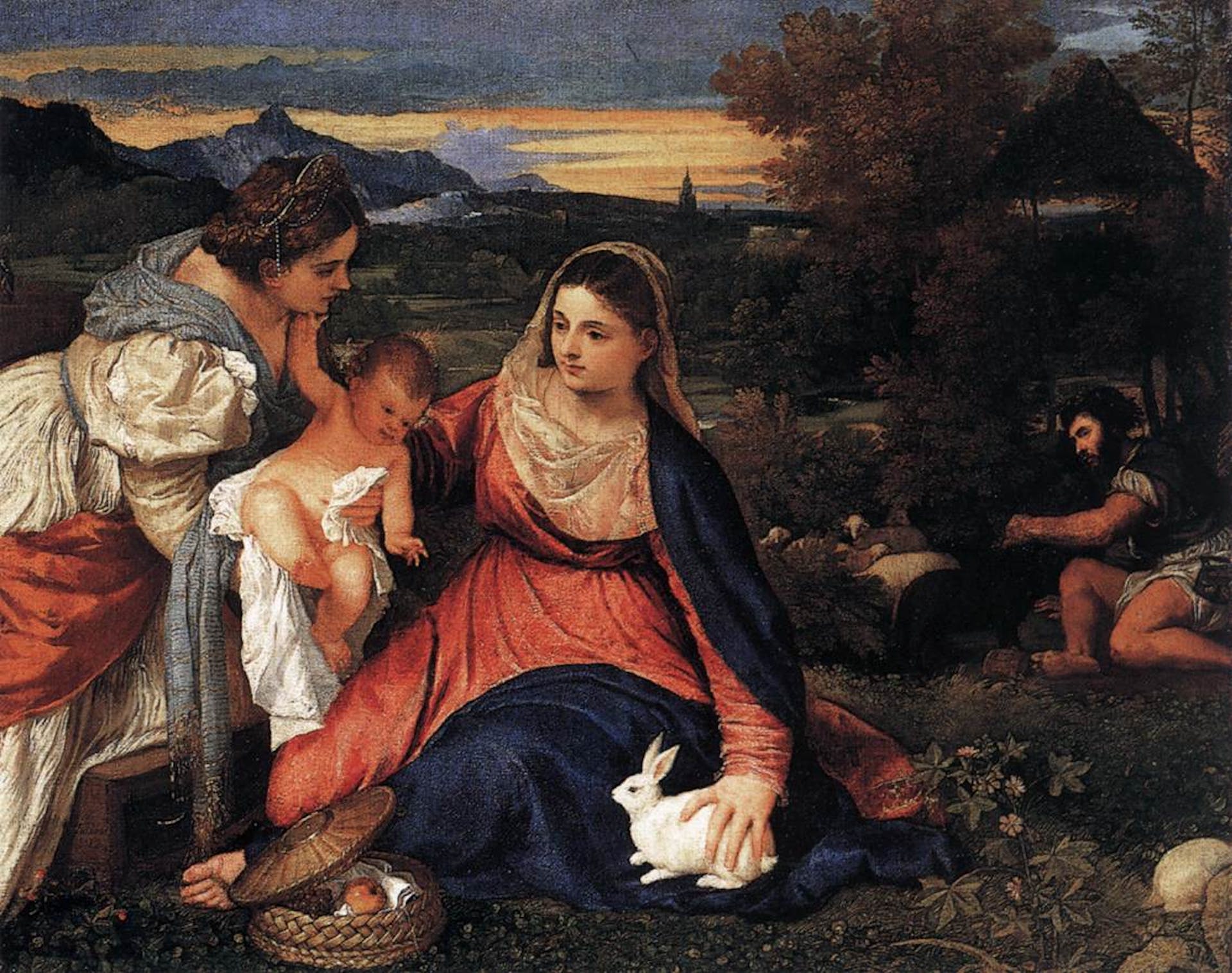 From the Greek world through the Renaissance, hares often appear as symbols of sexuality in literature and art. For example, the Virgin Mary is often shown with a white hare or rabbit, symbolizing that she overcame sexual temptation.

But it is in the folk traditions of England and Germany that the figure of the hare is specifically connected to Easter. Accounts from the 1600s in Germany describe children hunting for Easter eggs hidden by the Easter Hare, much as in the contemporary United States today.

Written accounts from England around the same time also mention the Easter Hare, particularly in terms of traditional Easter hare hunts, and the eating of hare meat at Easter.

One tradition, known as the “Hare Pie Scramble,” was held at Hallaton, a village in Leicestershire, England, which involved eating a pie made with hare meat and people “scrambling” for a slice. In 1790, the local parson tried to stop the custom due to its pagan associations, but he was unsuccessful, and the custom continues in that village until this day.

The eating of the hare may have been associated with various longstanding folk traditions of scaring away witches at Easter. Throughout Northern Europe, folk traditions record a strong belief that witches would often take the form of the hare, usually for causing mischief such as stealing milk from neighbors’ cows. Witches in medieval Europe were often believed to be able to suck out the life energy of others, making them ill, and suffer.

The idea that the witches of winter should be banished at Easter is a common European folk motif, appearing in several festivities and rituals. The spring equinox, with its promise of new life, was held symbolically in opposition to the life-draining activities of witches and winter.

This idea provides the underlying rationale behind various festivities and rituals, such as the “Osterfeuer,” or the Easter Fire, a celebration in Germany involving large outdoor bonfires meant to scare away witches. In Sweden, the popular folklore states that at Easter, the witches all fly away on their broomsticks to feast and dance with the Devil on the legendary island of Blåkulla, in the Baltic Sea.

In 1835, the folklorist Jacob Grimm, one of the famous team of the fairy tale “Brothers Grimm,” argued that the Easter Hare was connected with a goddess, whom he imagined would have been called “Ostara” in ancient German. He derived this name from the Anglo-Saxon goddess Eostre, that Bede, an Anglo-Saxon monk considered to be the father of English history, mentioned in 731. 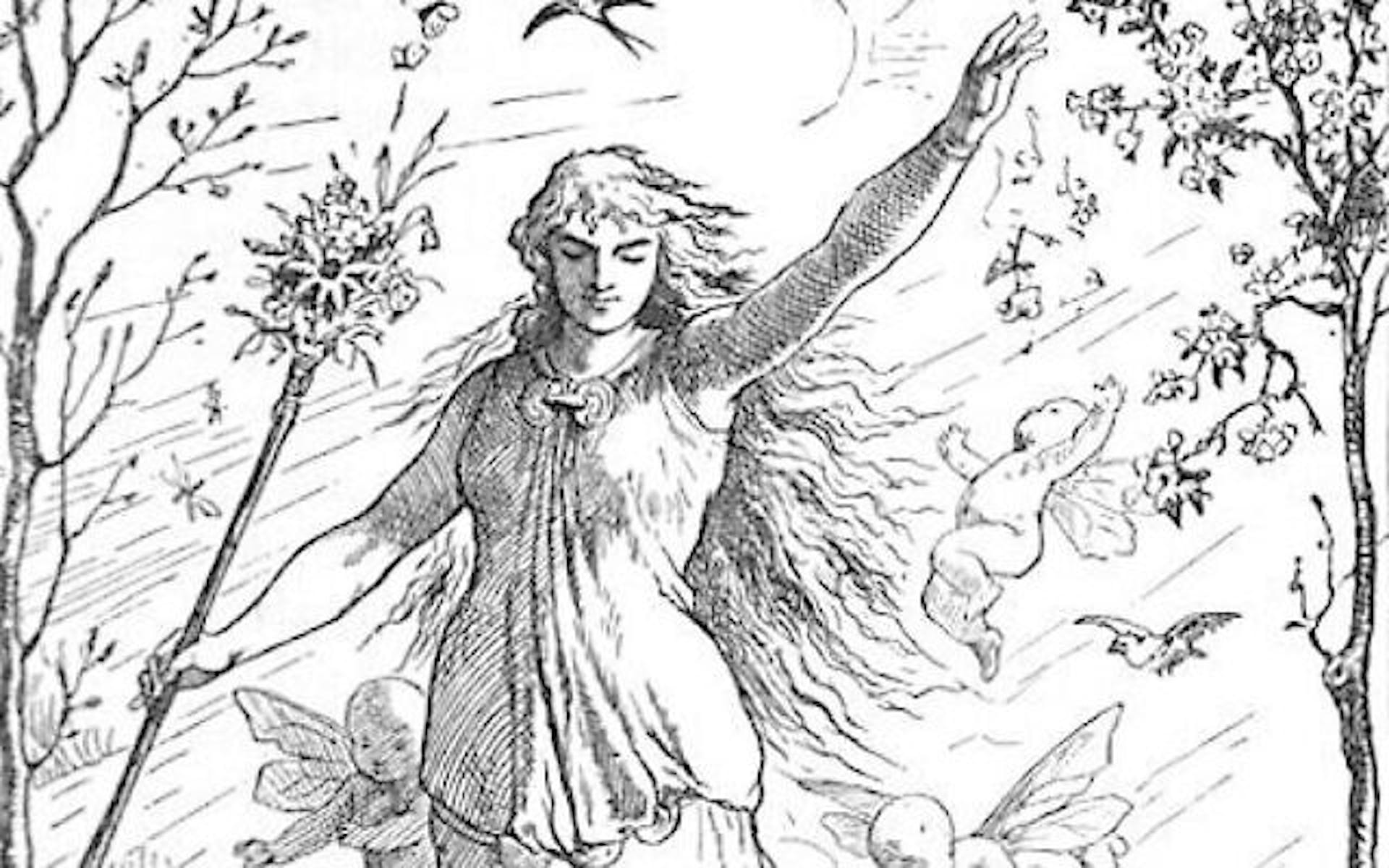 Bede noted that in eighth-century England the month of April was called Eosturmonath, or Eostre Month, named after the goddess Eostre. He wrote that a pagan festival of spring in the name of the goddess had become assimilated into the Christian celebration of the resurrection of Christ.

It’s interesting that while most European languages refer to the Christian holiday with names that come from the Jewish holiday of Passover, such as Pâques in French, or Påsk in Swedish, German and English languages retain this older, non-biblical word, Easter.

Recent archaeological research appears to confirm the worship of Eostre in parts of England and in Germany, with the hare as her main symbol. The Easter Bunny therefore seems to recall these pre-Christian celebrations of spring, heralded by the vernal equinox and personified by the Goddess Eostre.

After a long, cold, northern winter, it seems natural enough for people to celebrate themes of resurrection and rebirth. The flowers are blooming, birds are laying eggs, and baby bunnies are hopping about.

As new life emerges in spring, the Easter Bunny hops back once again, providing a longstanding cultural symbol to remind us of the cycles and stages of our own lives.

Tok Thompson does not work for, consult, own shares in or receive funding from any company or organisation that would benefit from this article, and has disclosed no relevant affiliations beyond their academic appointment.

Over 150,000 readers rely on The Conversation’s newsletters to understand the world. Sign up today.

7 Easter and Passover recipes to make this week

With Easter and Passover coming up fast, this week's recipe roundup is all about traditional — and not so traditional — holiday dishes.

The Kitchn: Make your own brown sugar glaze for your Easter ham

This glaze isn’t sugary-sweet and will transform your Easter ham from basic to the most-talked-about dish at your celebration.

The Kitchn: These easy sliders prove lamb isn’t just for the holidays

These sliders also include quick-pickled red onions, crumbled feta, and a harissa mayo. They're proof you don’t have to wait for an extra-special occasion.

Recipe of the Day: Ham and Bean Soup

For some families, ham and bean soup is as much of an April tradition as a major Easter feast.

Seriously Simple: Ruby red rhubarb is the star in this French-style clafouti for Easter dessert

This dessert is so pretty to look at, try bringing it to the table, setting on a trivet and spooning it out to serve in front of your dinner companions.

Sweet or savory, matzo brei is a tradition to look forward to each year.

The Kitchn: Follow this recipe to make the ultimate Passover dessert

Yes, the cake is large, as it calls for an entire box of matzos, but it lasts for three days once sliced, and leftovers are superb.