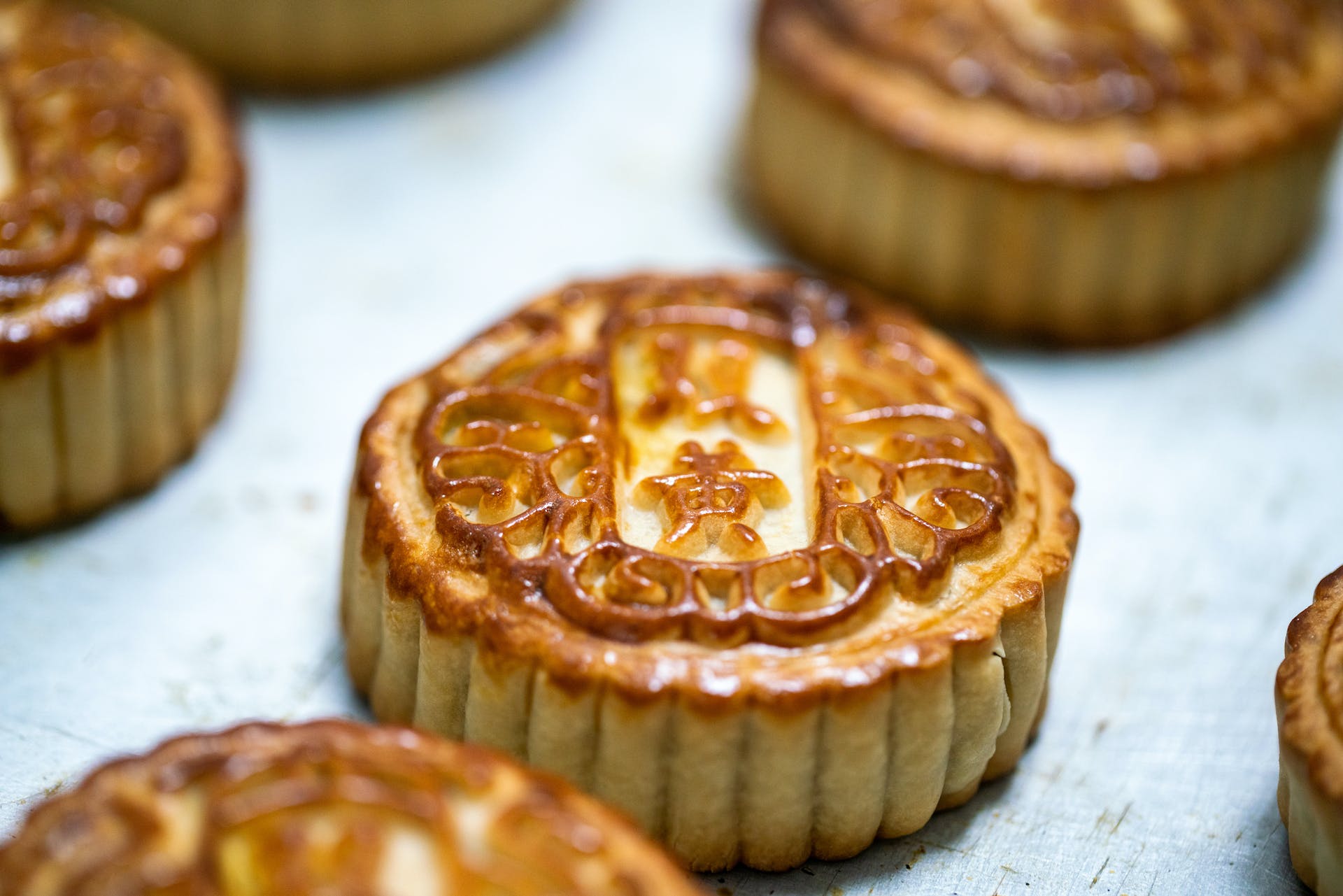 A popular delicacy eaten during the Mid-Autumn Festival is the mooncake. Xvision/Moment via Getty Images

With the arrival of September and hints of cooler temperatures also comes one of most important traditional festivals in the Chinese calendar, the Mid-Autumn Festival, or Zhongqiu jie (中秋節), also known as the Moon Festival.

At this time of the year, the Chinese store down the road from our home in Gainesville, Florida, is stocked with mooncakes, known in Chinese as yuebing (月餅). The same is true of Chinese stores around the world. There is even the option these days of buying these desserts from online retailers such as Amazon.

These traditional delicacies are readied in anticipation of the festival, observed on the 15th day of the eighth lunar month. This is a time for family and friends to gather, watch the full moon and eat mooncakes and other delicacies. Other festivity highlights include public lantern displays, dance parties, traditional performances and worship of the moon goddess and other deities.

Because of the central theme of family reunion, sometimes the festival evokes comparison to Thanksgiving in the U.S. 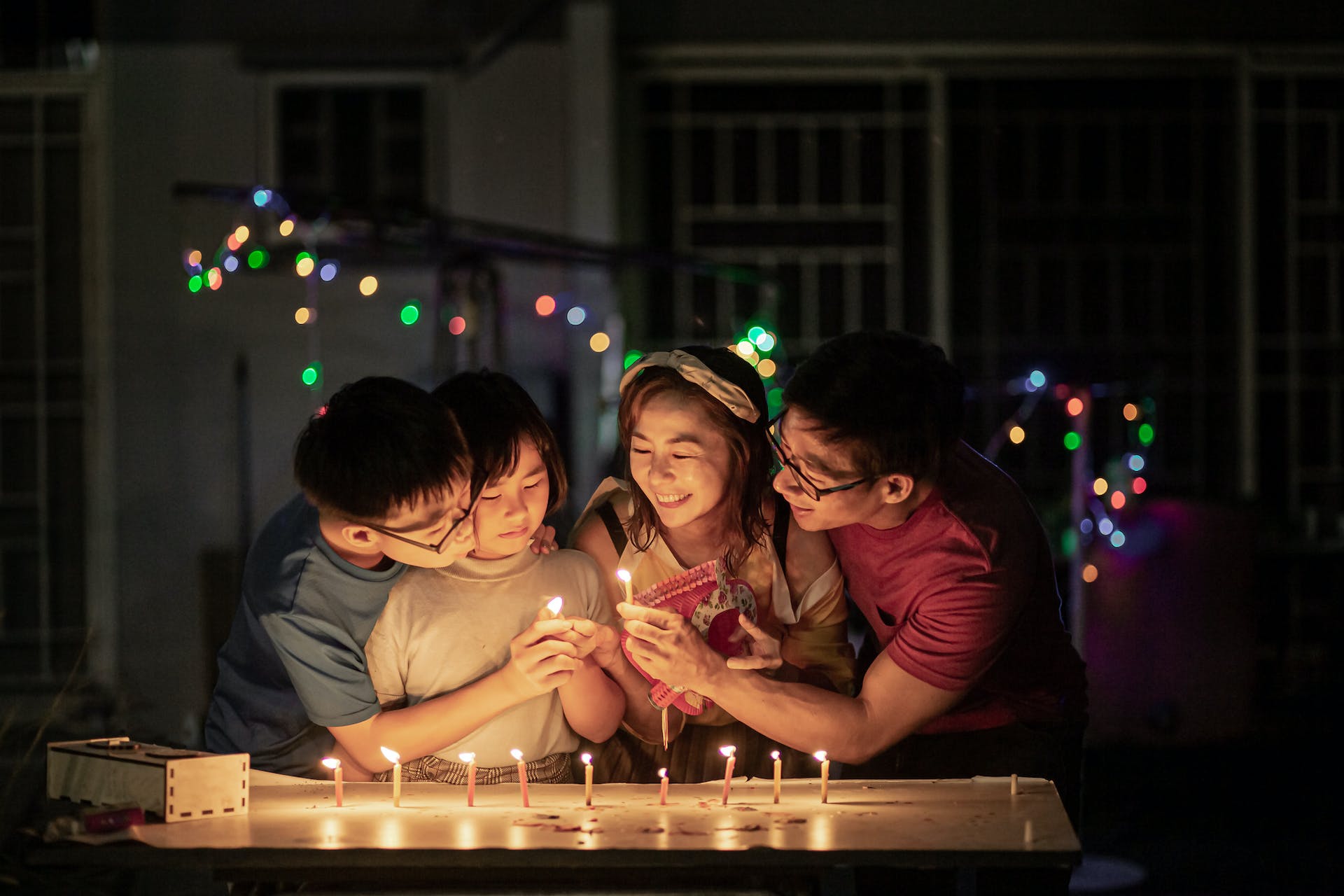 The Mid-Autumn Festival is a time of gathering for families celebrating the holiday. Kong Ding Chek/E+ via Getty Images

The gifting and eating of mooncakes is arguably the most emblematic feature of the festival. The round shape of the mooncake is meant to evoke an image of the full moon. The roundness of the full moon, in turn, symbolizes wholeness; by extension, it conveys a sense of spiritual contentment, coming together and reunion.

Usually, mooncakes come with traditional fillings, such as red bean or white lotus seed paste. There are many regional variations, some of which contain a preserved egg yolk in the middle. The yellow egg yolk adds another layer of symbolism, as it resembles the round moon in the sky.

Additionally, there are contemporary flavors such as chocolate, coffee or green tea. It is even possible to find ice cream mooncakes. These are created by commercial ice cream companies in order to tap into the lucrative mooncake market and cater to contemporary tastes. 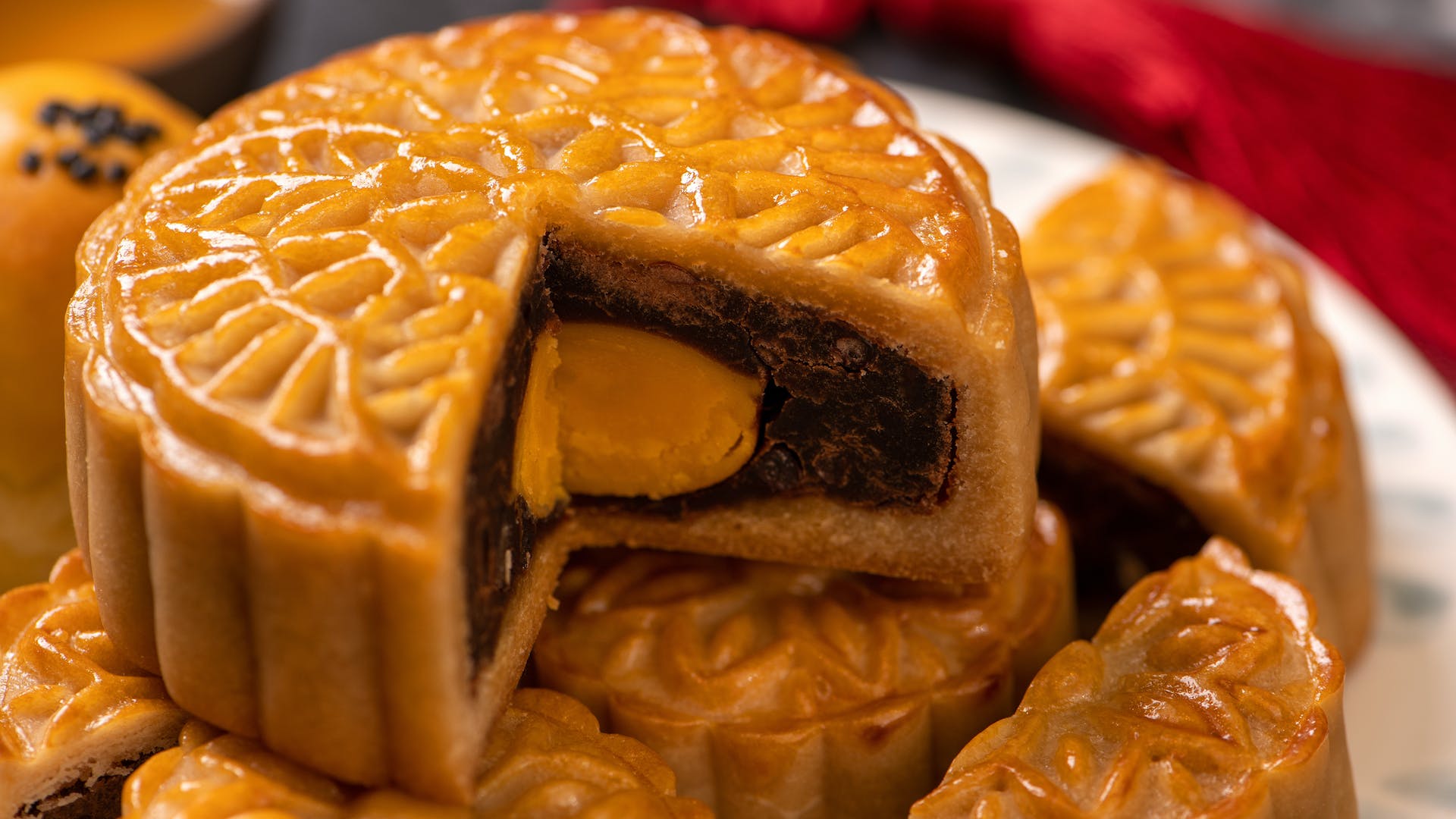 The egg yolk center of some mooncakes represents the full moon. insjoy/iStock via Getty Images Plus

The legends behind the festival

As a scholar of Chinese religions, I am especially fascinated by the legends associated with the origins of the festival. These are notable elements of popular lore, rooted in China’s long history and rich cultural traditions.

Customarily, the Mid-Autumn Festival is associated with the popular legend about Chang’e (嫦娥), the goddess of the moon. The earliest versions of the story can be traced back to the Warring States, a significant historical period between 475-221 B.C., marked by recurrent warfare, bureaucratic reforms and political consolidation. 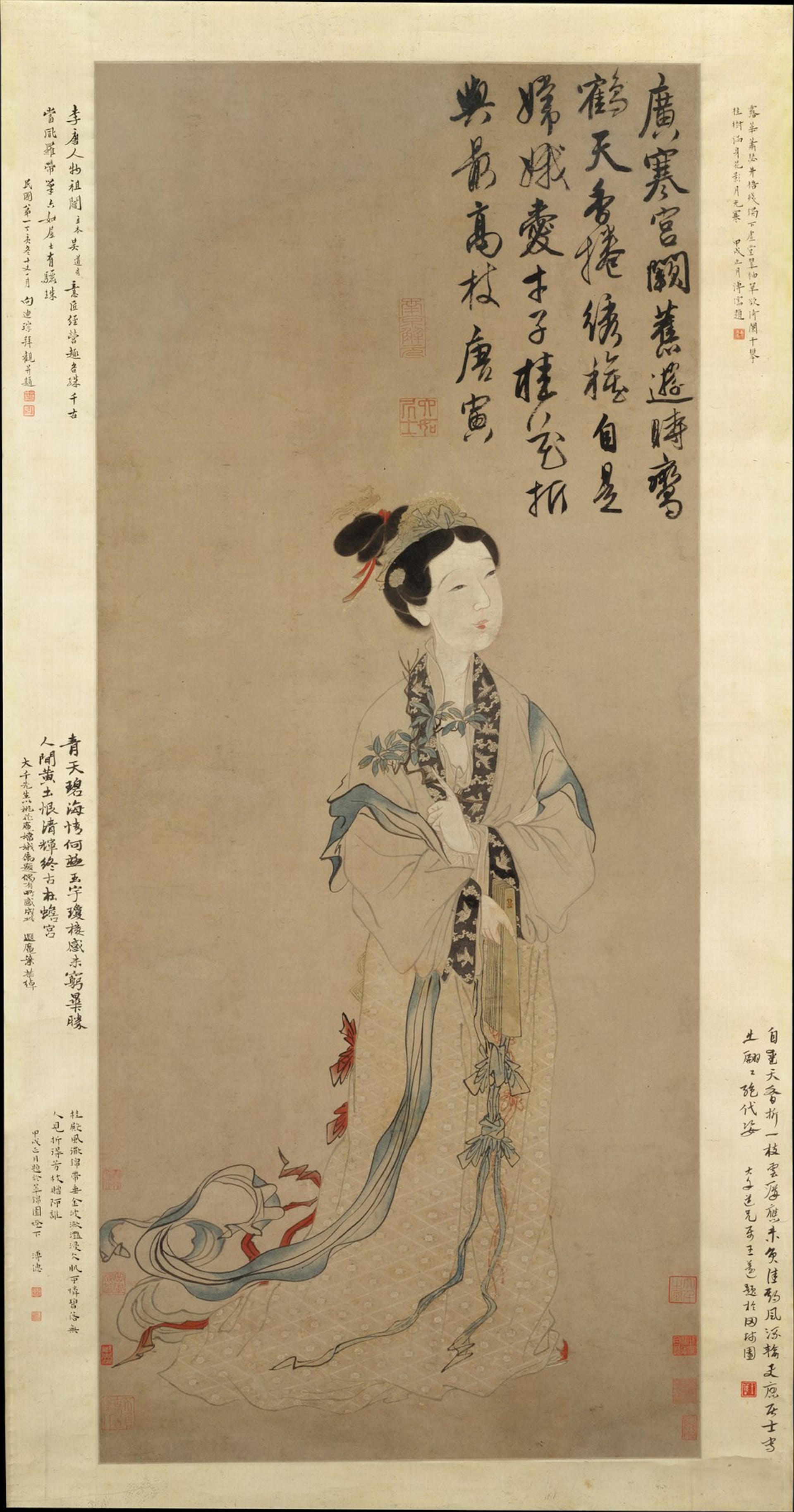 Offerings are made to the moon goddess Chang'e during the Mid-Autumn Festival. Metropolitan Museum of Art

Chang’e is said to have stolen the elixir of immortality from her husband, Yi, the great archer and hero of Chinese mythology. She then escaped to the moon, where she was condemned to a lonely existence.

Later versions of the story, still told today, present a more flattering image of the goddess. She is described as a model of feminine beauty and elegance. She digests the elixir only in order to prevent it from falling in the hands of an evil person. She then chooses the moon as her immortal abode, to be close to her beloved husband.

On his part, Yi makes sacrifices to his departed wife that feature cakes and fruits. The local people sympathize with him and also start making the same offerings.

To this day, Chinese people continue this tradition, making offerings of mooncakes in commemoration of the goddess as they make wishes or pray for familial unity and harmony.

In the agricultural society of premodern China, the Mid-Autumn Festival was linked with harvesting season celebrations.

The term “mid-autumn,” which became the name of the festival, appears in “Zhou li” (周禮), or the Rites of Zhou. This is one of the early Confucian classics, the core texts that constitute the main canon of classical Confucianism. The earliest history of the festival is uncertain, but scholars have shown that its celebration already took place during the Tang era that lasted from 618-907 A.D., and increased in popularity during the later imperial period. 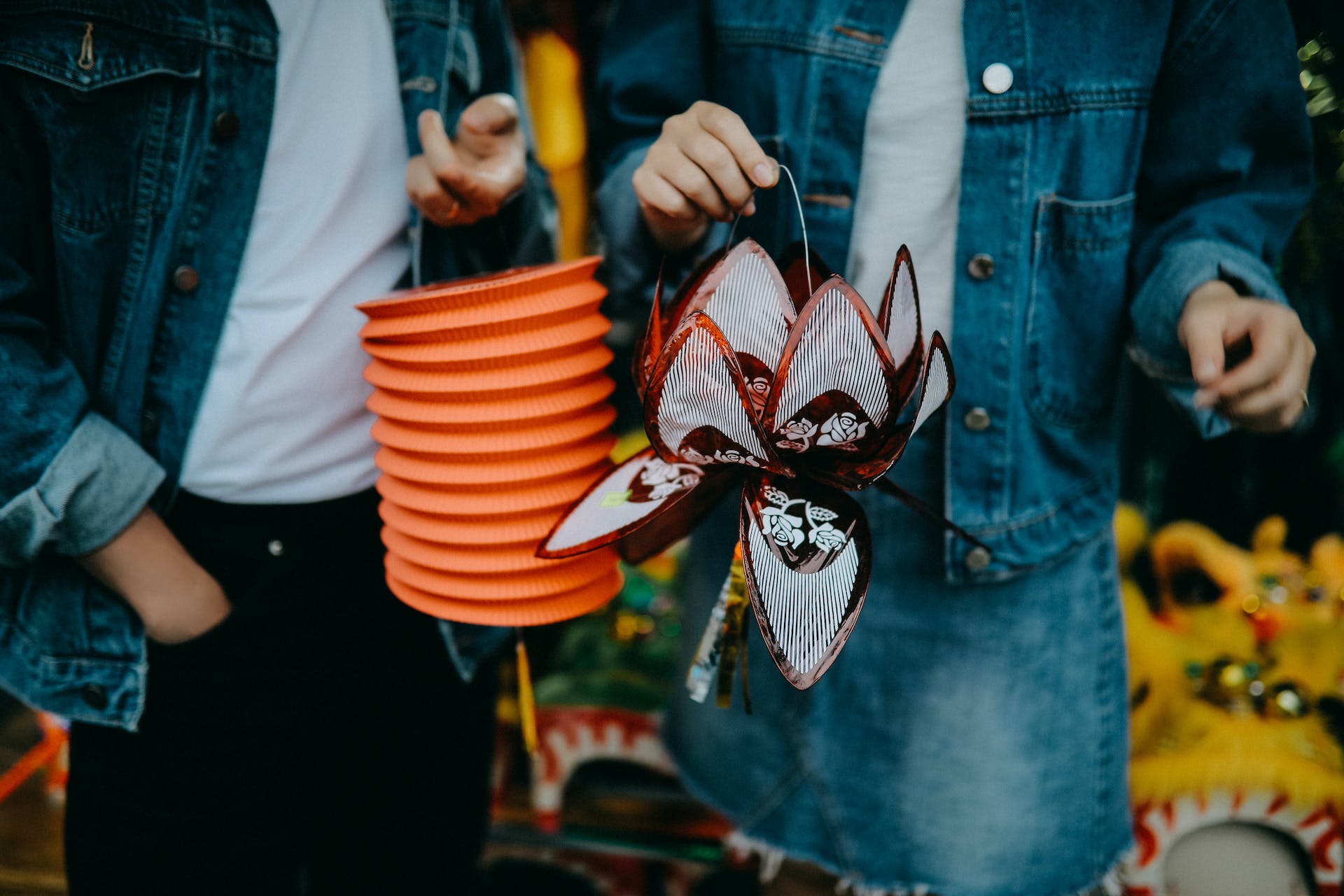 Lanterns are a common symbol of the Mid-Autumn Festival. Khanh Bui/Movement via Getty Images

Celebrations in other Asian nations

The Mid-Autumn Festival is also celebrated in Asian countries beyond China, as well as among the Chinese diaspora in other parts of the world. This is especially the case with Southeast Asian countries with large ethnically Chinese populations, such as Singapore, Malaysia and Thailand.

It is also an important festival in Vietnam. Called Tết Trung Thu, it is primarily celebrated as the children’s festival and is associated with unique Vietnamese legends.

Besides moon watching and the ubiquitous mooncakes, among its unique features are the performances of traditional dances and the lanterns carried by children, as they walk under the glow of the full moon with their light illuminating the path.

Explore the intersection of faith, politics, arts and culture. Sign up for This Week in Religion.

Mario Poceski does not work for, consult, own shares in or receive funding from any company or organization that would benefit from this article, and has disclosed no relevant affiliations beyond their academic appointment.

Watch Now: Dating etiquette has changed since the pandemic

Start your morning off the right way and avoid these mistakes

Start your morning off the right way and avoid these mistakes

How to have the wedding of your dreams on a budget

How to have the wedding of your dreams on a budget