For sneaker aficionado Manuel Cruz, shoes have always been much more than something to wear.

Smart buys have led to big sales for the collector: Cruz once offloaded dozens of pairs of sneakers, including some from the Yeezy brand of Ye, the rapper formerly known as Kanye West, for $24,000. He used the proceeds to pay for his wedding and honeymoon in Hawaii.

Now, however, the side hustle is on hold — because among Cruz's collection are 20 pairs of Yeezy sneakers worth nearly $5,000 in all, he said. And in the aftermath of Ye's antisemitic remarks — and German sportswear company Adidas' move to sever ties with him — the secondary market for Yeezy footwear and apparel is experiencing a dramatic decline.

Anecdotal evidence and interviews with retail experts indicate that sellers are slashing prices to unload products associated with Ye as they compete for a shrinking pool of consumers interested in items tainted by the musician-turned-designer's antisemitism. Online reselling platform Grailed, for example, had many pairs of Yeezy shoes and clothes discounted by 30% or more Tuesday afternoon. And on StockX, a competitor website, eight of the top 10 most popular Yeezy sneakers showed a decline in the "last sale" price, meaning that the dollar amount had dropped from the prior transaction.

The situation has left Cruz reeling.

"It's very hard to know what to do," said Cruz, 40, who works as a distribution account manager for an auto parts business. "Because of the amount I spent on those shoes, I have to hold on to them. I'm just sitting tight on everything."

Over the last few weeks, Ye has propelled the collapse of several high-profile business ventures by repeatedly expressing — in a series of interviews — a virulently antisemitic worldview. In one published Monday, he spoke of a Jewish-controlled media and suggested Jewish doctors wrongly hospitalized him for treatment of bipolar disorder and publicized his diagnosis.

Besides the loss of the Adidas deal, the high fashion house Balenciaga and Gap have ended partnerships with Ye. And he has been dropped by talent agency CAA.

It makes for an stunning, self-inflicted loss of business, said Neil Saunders, retail analyst at GlobalData.

"That is pretty exceptional to have this many partnerships ended and with such high-profile companies as well," Saunders said. "These are massive brands. They had to end the partnerships with Ye, because Ye's comments are really outside of morality."

Ye, 45, did not respond to a request for comment.

The hip-hop musician and producer has long been interested in fashion. He began dabbling in apparel and footwear in the late 2000s, collaborating with companies include A Bathing Ape, Louis Vuitton and Nike. Later, he forged the partnership with Adidas, which began producing Yeezy sneakers in 2013. He struck the Gap deal in 2020 to design adult and kids' clothing for the San Francisco-based apparel giant. The first items from the effort were released in 2021 — and a $90 sweatshirt sold out within hours of debuting.

Ye's fashion success proved lucrative: Prior to his recent comments, his net worth had been pegged at $2 billion by Forbes — with the publication attributing 75% of that valuation to the Adidas deal. But, with the loss of that relationship, Forbes said, he is no longer a billionaire.

For years, Yeezy sneakers have been coveted by fans who love their bulbous looks. So has his clothing, with its drapey fits and modern silhouettes. A thriving secondary market has ensured that collectors who miss out on a limited-edition drop could pick up the latest item — for a steep price. This paradigm was turbocharged during the first year or so of the pandemic, with collectible sneakers and apparel exploding in value alongside other luxury assets, among them watches, wine, art and cars.

Now, the market for Ye's wares is trending downward — steeply. Saunders said that "anyone who is holding Yeezy merchandise with the hope of making a mint out of it on the secondary market is going to be very disappointed."

"The value of those things has gone down," he said. "People don't want to be associated with Kanye right now."

That was evident at Cool Kicks, a shoe store and reseller located in one of Los Angeles' prime sneaker marketplaces. On Tuesday, the store was a lot busier than normal, said co-owner Adeel Shams, and much of it had to do with Yeezys.

"People are panic-selling them," said Shams, who noted that 80% of the shoes sold Tuesday were Yeezys. "Some of them are worried about wearing them in public and being judged."

One popular online platform for the selling of Yeezy merchandise has opted to exit that business. RealReal, a clothes reseller, said Tuesday that it would no longer allow for the listing of items from the brand. So far, however, competing services have not followed suit.

George Belch, marketing department chairman at San Diego State University, said that in the current era — one in which companies are increasingly scrutinized "for the positions they take on social, political and economic issues" — a lack of action on the Ye controversy "could backfire on them."

"Saying nothing is equal to saying something in a lot of people's minds," he said. "If you are silent on an issue, that silence is sending a message."

StockX, Grailed, GOAT Group and EBay did not respond to requests for comment about the presence of Yeezy items on their websites.

There will almost certainly continue to be a market for Yeezy shoes and apparel — but its size is an open question. "The market is not going to go down to zero," Belch said. "People may be seeing this as an investment opportunity."

Still, Saunders expected the residue of antisemitism to cling to Ye, making it hard to see a path forward for the brand.

"With Yeezy ... it is directly linked to him," Saunders said. "So anything now that Yeezy wants to do is clouded by these comments made by Kanye. That makes it very difficult for the brand to grow or evolve. It is forever tarnished."

Photos: Kanye West through the years

CDC warns influenza continues to spread across the U.S.

How much pet owners spend on holiday gifts

How much pet owners spend on holiday gifts

How to make any bottle of wine taste better

How to make any bottle of wine taste better

This cheese was named the best in the world

This cheese was named the best in the world 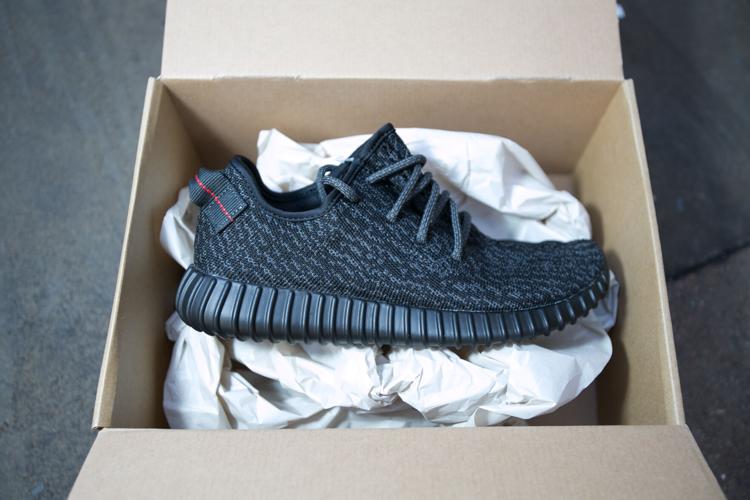 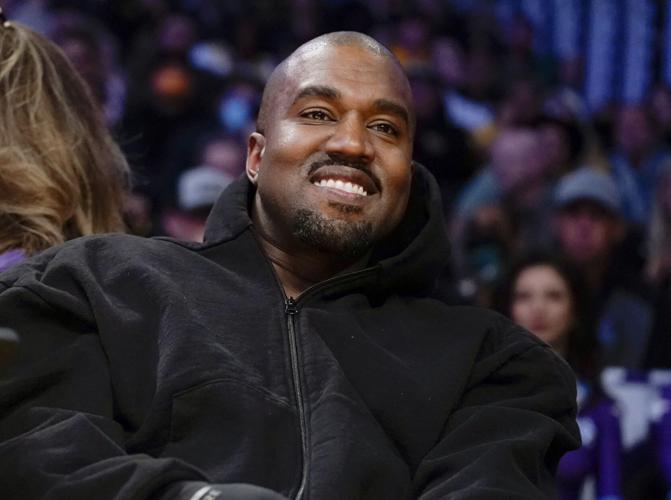 Ye, the rapper formerly known as Kanye West, watches an NBA game between the Washington Wizards and the Los Angeles Lakers on March 11, 2022.