All about that base: 3 classic ice cream recipes
0 Comments
Share this 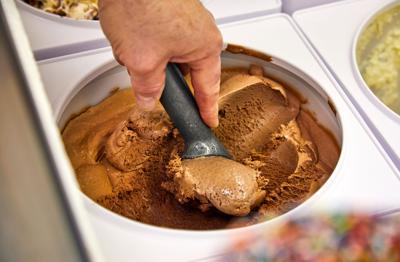 In a past life, Ralph Kopelman sold men’s suits.

“But these days, most men don’t wear suits unless they are attending a wedding, a funeral or a court hearing,” says Ralph Kopelman, owner of Cranford Vanilla Bean Creamery in Cranford, New Jersey. Kopelman sold suits for about 30 years, but an earlier life experience was calling him to an entirely new vocation.

When he was growing up in Queens, New York, in the 1970s, Kopelman worked at his father’s candy store. In addition to selling candies and newspapers, Kopelman would scoop ice cream for customers. Although he admits it wasn’t a glamorous job, Kopelman has fond memories working behind the counter and making people smile with a cone of ice cream.

That memory pushed him out of the clothing business and propelled him into his passion for ice cream. Kopelman experimented with ice cream recipes at home before enrolling in courses at Ice Cream University in West Orange, New Jersey, a local company that offers seminars, workshops and consulting to would-be ice cream business owners. After taking classes, Kopelman’s goal was to make and serve premium, artisanal ice cream.

He and his wife Marianne opened up Cranford Vanilla Bean Creamery in April 2010 and have been busy ever since. Located in the quaint, upscale town just outside of Newark, the shop, situated in a former Carvel ice cream parlor, has become a local favorite, offering more than 32 homemade ice cream flavors.

Making and serving dessert is a far cry from his earlier profession, but Kopelman wouldn’t have it any other way.

Kopelman offers a few classic — yet elevated — ice cream recipes you can try at home.

Homemade chocolate ice cream can’t be beat; serve it straight-up or top with your favorite nuts, syrups or fresh berries.

A vanilla ice cream recipe is a vehicle for infinite mix-in iterations, from cookie dough to caramel swirl. Start with this base recipe and go from there.

Good java makes a difference in this coffee ice cream recipe. Pick a variety you like for a cold, creamy dessert with just a little jolt.

Sign up for our weekly updates and explore our in-depth coverage, from field to plate.

Video: Small-batch and from scratch — How artisan ice cream is made

From Italy to India — Everybody loves ice cream

Kulfi, gelato, sorbetes, dondurma, helado. No matter what it’s called or where you get it, these international sweet treats are sure to bring joy.

Homemade chocolate ice cream can’t be beat; serve it straight-up or top with your favorite nuts, syrups or fresh berries.

This award-winning ice cream flavor from Cranford Vanilla Bean Creamery with rum, bananas and caramel is sure to satisfy any sweet tooth.

Sausage around the world: Meat the many flavors

From Polish kielbasa to Cantonese lap cheong, there are varieties of sausage to sample around the globe.