A robot that lays bricks? AU puts one to work in construction of performing arts center
0 Comments
Share this
{{featured_button_text}}
1 of 2 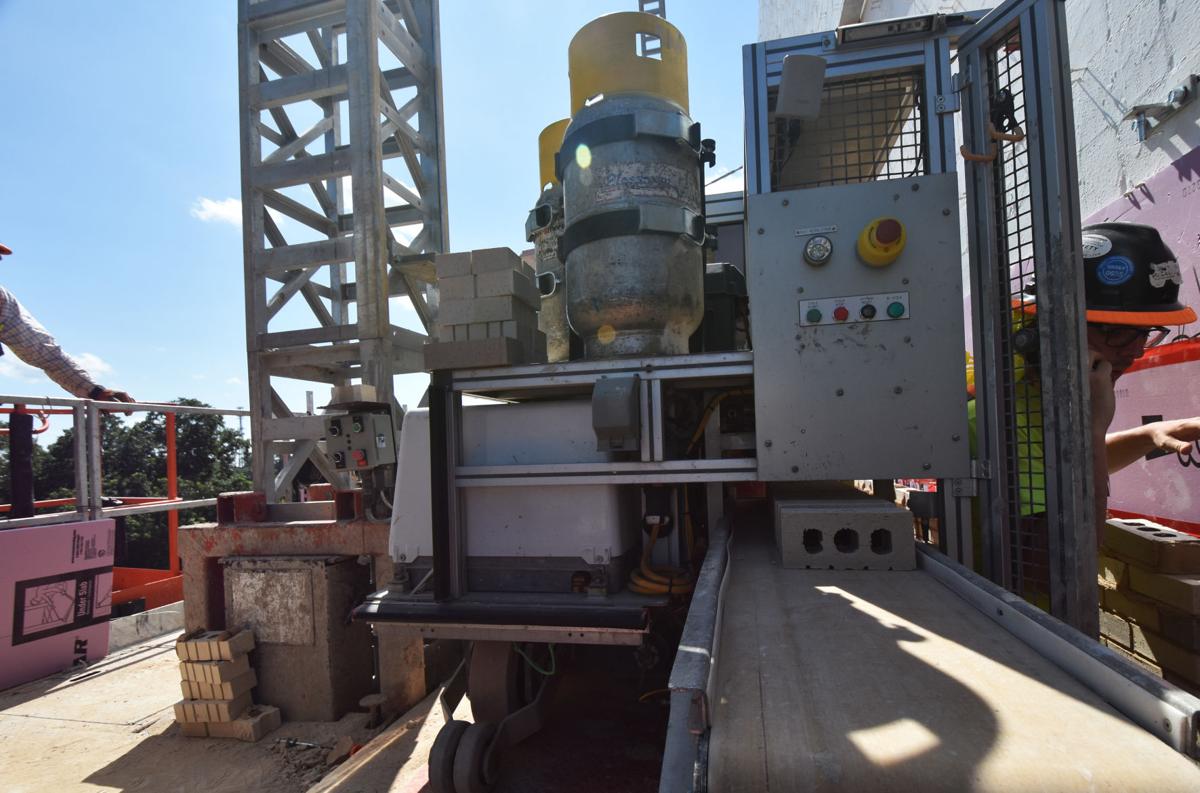 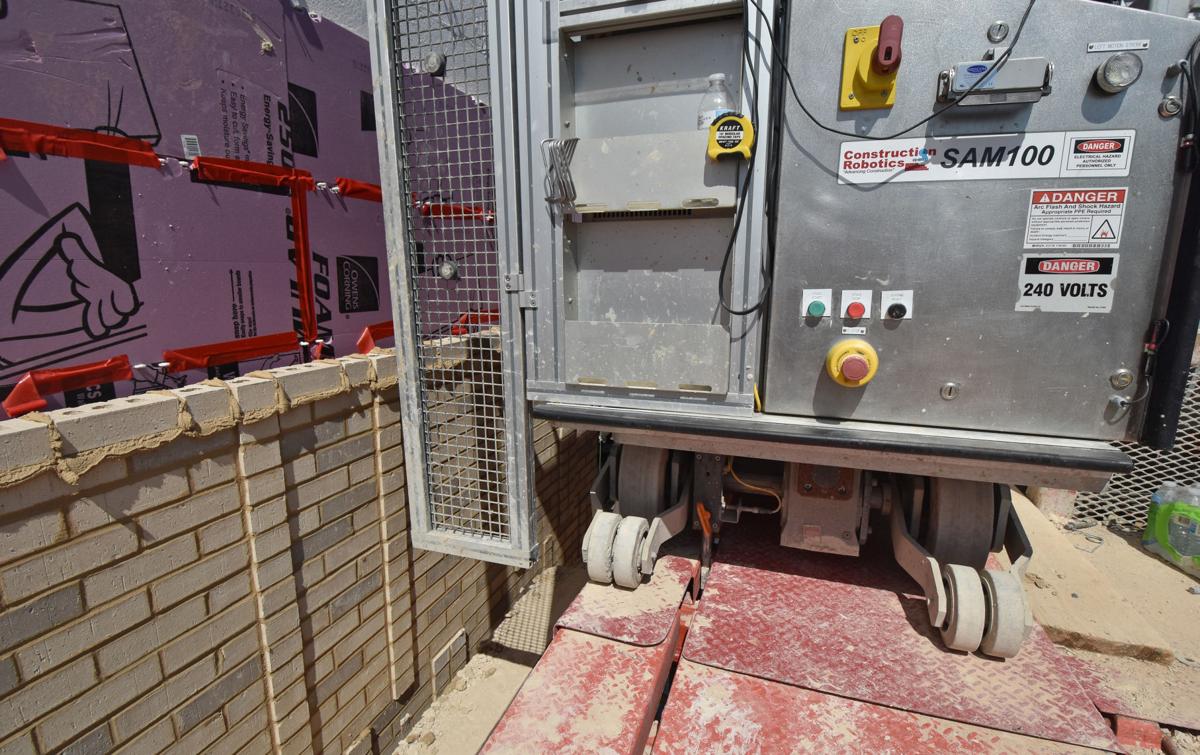 Auburn University is incorporating a robot into the construction of the Jay and Susie Gogue Performing Arts Center.

Construction Robotics’ SAM100, short for Semi-Automated Mason, a bricklaying robot capable of placing more than 3,000 bricks per day, was showcased at the construction site Monday morning.

The robot is the first commercially available bricklaying robot for onsite masonry construction.

Utilizing a conveyor belt and a robotic arm, SAM removes the repetitive task of laying bricks, while masons work around it to reload bricks and mortar into the machine and clean around the bricks placed by SAM.

C&C Masonry worked with the university and Rabren General Contractors to bring SAM to Auburn. This is the first time the robot has been utilized in Alabama.

Scott Cunningham, president of C&C Masonry, said his company was attending the World of Concrete event in Las Vegas when they learned of SAM from the robotics company.

“We got to talking with them and running some numbers and looking at the technology they had come up with and decided that we wanted to try to find a project that it would work on,” Cunningham said. “Automatically, this job here at Auburn University came into our mind because of the complexity of the pattern that we’re putting on the building.”

Members of the C&C Masonry team completed a week’s worth of training in Rochester, New York, and recently began working with the robot at the performing arts center.

The center is 23 percent complete and scheduled to open in August 2019.

“The technology and just the ability of it, to be able to program the system to operate the robot, it just took a lot of the leg work and the manual strain out of the brick-laying,” Cunningham said. “You actually program in the pattern, load it into the software, and it just does what you tell it to do.”

On Monday, one foreman, a mason and two laborers worked alongside the robot.

“If we didn’t have SAM up there, we would probably have to have more like four or five masons up there doing that role and probably another foreman watching to make sure that design gets done right,” said Antonio Hamilton, C&C Masonry superintendent. “With SAM having that design program in its system, it takes the load off of the masons, foremen and also our management.”

Hamilton added that he believes the new technology will help bring a younger generation into the masonry profession.

“A trade like masonry, with the history of masonry and as long as it dates back, involving today’s technology into it, it’s something great,” he said.

Chris Heacox, director of the Jay and Susie Gogue Performing Arts Center, said the center is looking to be in on the forefront of innovation.

“This is just one part of the mission of our university and how we operate, and it’s one part of how we’re going to operate in the state as well,” Heacox said. “So, not only do we have this great technology to be able to create this facility, there’s going to be amazing technology inside the building.”

Guthrie's set to open another store in downtown Auburn, where it launched the chicken-finger craze in the '80s

Who would steal the sign from an independent bookstore? Well Red in Auburn just wants theirs back

A road sign has been stolen from Well Red, an Auburn coffee and wine shop and independent bookstore, according to owner Richard Tomasello.