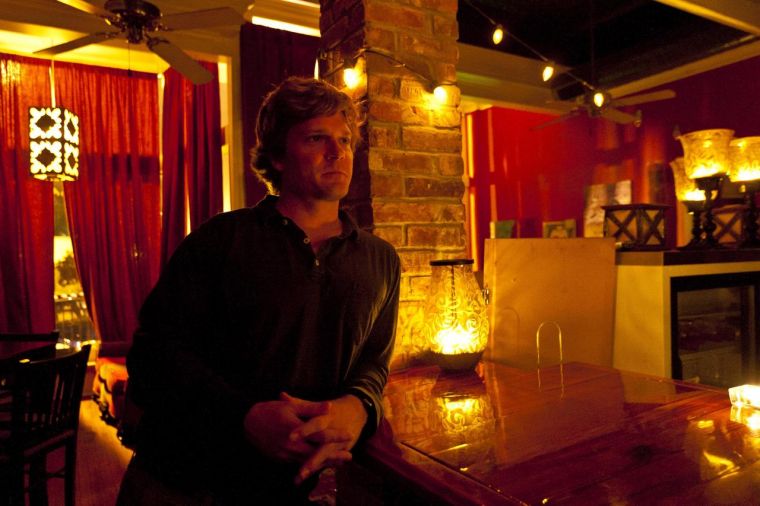 Richard Patton, longtime owner of Opelika pub Eighth & Rail, will transfer ownership of the venue at the end of the year. The local nightspot has been open for nearly 10 years. 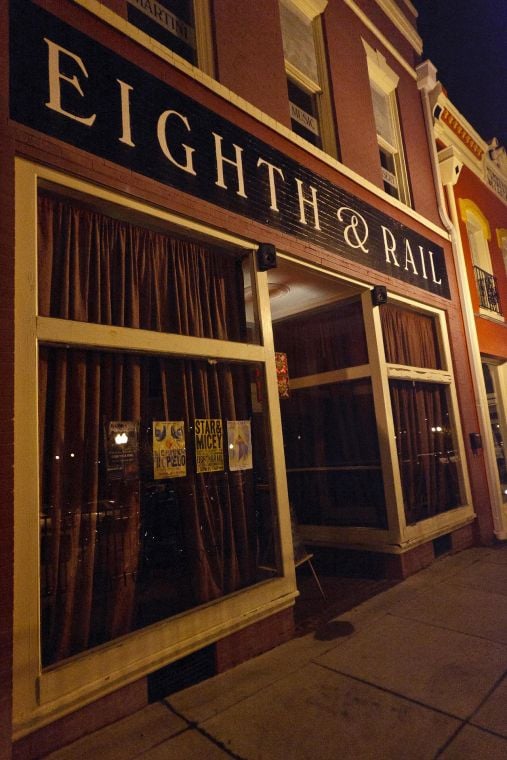 Local pub Eighth & Rail will change hands at the end of the year after nearly 10 years in downtown Opelika on South Railroad Avenue.

Whatever becomes of Eighth & Rail, Rob Slocumb knows it will never be the same.

After all, the cozy tavern nestled in downtown Opelika is part of the reason he and his wife, Jen, first moved to the area. As the husband-and-wife musical duo Martha’s Trouble, Slocumb estimates they have played 50 to 60 shows at the venue over the years.

“We’ve got several friends, artist friends, from the South that have all said it’s easily their favorite venue to play in the Southeast,” Slocumb said. “I can say that, for us, it’s definitely one of our favorite venues in the country to play.”

That’s why the news that owner Richard Patton will be selling Eighth & Rail at the end of the year has left so many with heavy hearts.

“People are really, really sad,” Patton said. “It’s sad for me and the staff.”

Patton and his then-wife, Mary, opened the tavern about 10 years ago. They wanted an adult-oriented atmosphere that featured original music from across the country. Since then, the venue has been building a reputation among musicians.

Slocumb said that reputation is evident when an artist such as Nic Cowan, who has been touring with the Zac Brown Band, comes to Opelika on an off day just to play at Eighth & Rail, like he did earlier this week.

“That just tells you the caliber of the venue we have here,” Slocumb said.

But since Patton and his wife divorced a couple years ago, Patton said Eighth & Rail has served as a daily reminder of their marriage.

Patton said the sluggish economy and the influx of businesses, such as the Irish Bred Pub, into downtown Opelika weren’t contributing factors in the tavern’s sale. On the contrary, he welcomes new businesses in downtown.

“When we opened, we were all by ourselves down here,” Patton said. “We were waiting and hoping for more people to get down here. … The more, the merrier.”

Patton said it’s unclear whether the new owner will keep Eighth & Rail open or bring in an entirely new business. While the sale isn’t officially complete, Patton said enough earnest money has been put down that he would be surprised if the prospective buyer walked away. He declined to name the individual, only saying that it is a local person who does investment properties.

Looking ahead, Patton said he is in the preliminary stages of possibly converting some old cotton warehouses that he owns on North Railroad Avenue into a concert venue.

As for the future of Eighth & Rail, Patton is hopeful the tavern will continue, but not necessarily in the same vein.

“It would be great if they carried on,” he said. “I think, though, if they do come in, they need to put their mark on it. They need to make it something that — whoever is operating it — needs to be them and their personality. This was my personality and what I wanted and what I love.”

While the tavern might live on, Slocumb said the loss of Patton’s personality and style will be a huge blow for the venue.

“It won’t be the same, even if it’s a new owner. Richard is a good guy, and it will be hard to replace what he’s done,” Slocumb said. “Eighth & Rail won’t be quite the same with Richard not running it. He’s the one that’s responsible for creating that bar and bringing in the kind of music that he did.”

This ‘Cotton Castle’ in Turkey could have healing powers

Ford to spend $11.4B on battery and assembly plants

Ford to spend $11.4B on battery and assembly plants

Rob’s Ribs to close Sunday after six months in business

'Because no dog should go to Heaven without tasting chocolate': Animal hospital stocks up on Hershey's Kisses

All it took was one post for Smiths Station Animal Hospital to go viral.

At Melanin Café in Opelika, learn about local Black history while you order your coffee

“We learned about Black history in school, but we only got civil rights, Martin Luther King and Rosa Parks,” Hixon said. “I wanted to bring forward people we don’t really know about, people like inventors, scientists and doctors.”

In the '90s, Amsterdam Café was a place for Dutch-style games and draft Heineken.

'We want to make sure that you feel safe': AU holds town hall after recent sexual assault reports

Opelika 7-year-old's lemonade stand started when he asked his mom, 'How can I get a dirtbike?'

Isaac Jones, a 7-year-old at Carver Primary School in Opelika, wants to be a lot of things when he grows up: a truck driver, a professional di…

Richard Patton, longtime owner of Opelika pub Eighth & Rail, will transfer ownership of the venue at the end of the year. The local nightspot has been open for nearly 10 years.

Local pub Eighth & Rail will change hands at the end of the year after nearly 10 years in downtown Opelika on South Railroad Avenue.