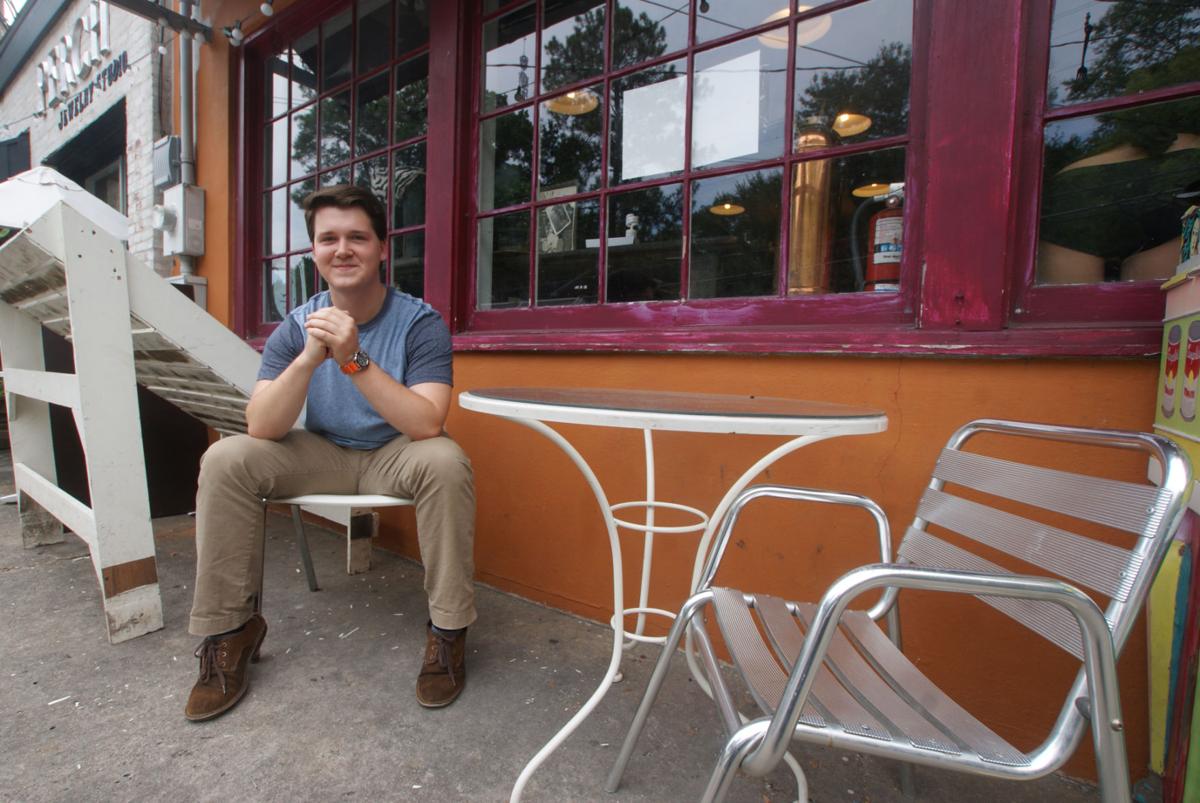 Cole Kinchler, COO of Auburn-based startup SimplyProse, sits outside of Momma Mochas Coffee in Auburn, where he and his business partners often gather to work. 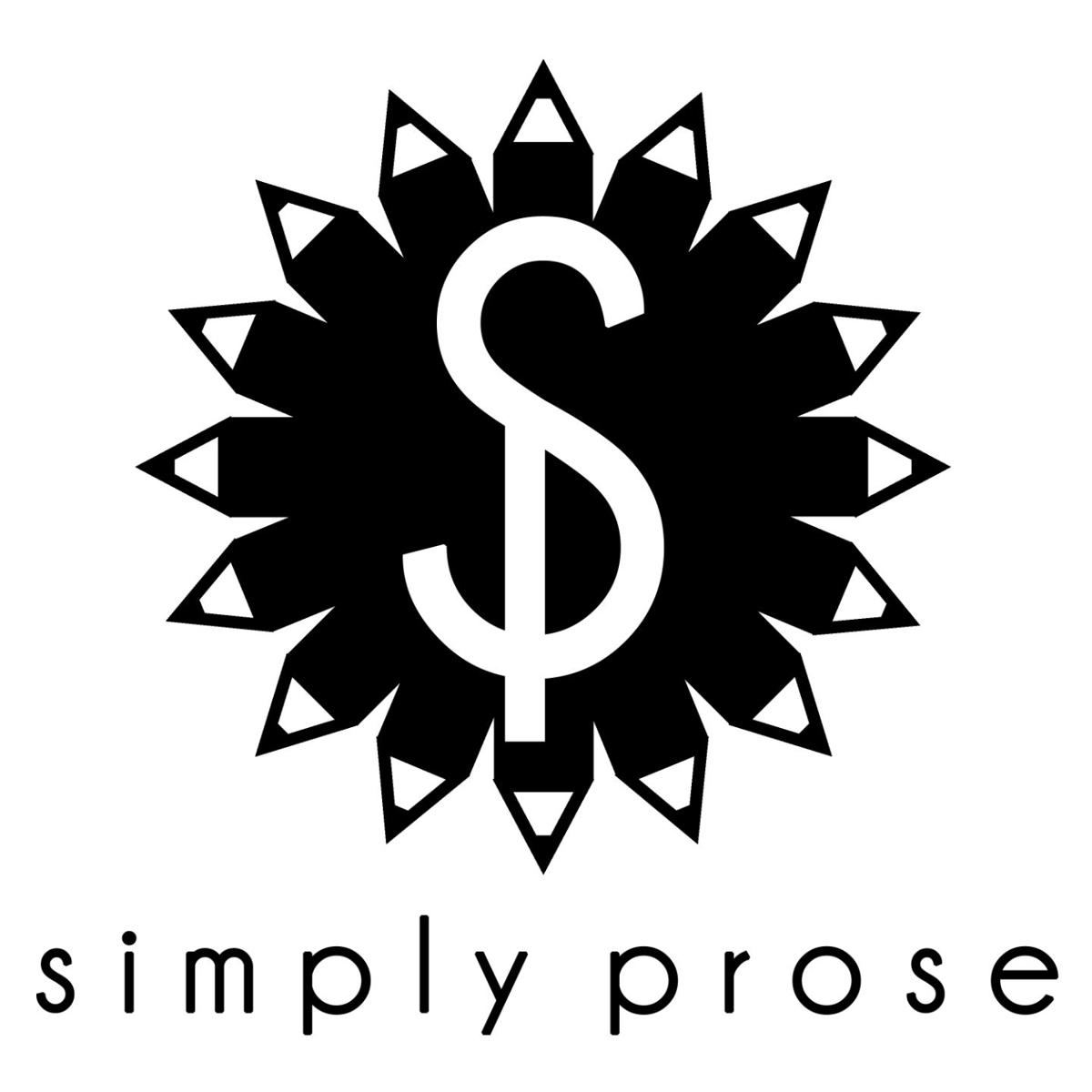 Three Auburn University students are getting down to business their senior year, in a way that they hope will be a catalyst for embracing a culture of creativity expressed via the written word.

“Our overall goal is to just make it easy for people to tell their stories, because I think everyone has something to say, whether that’s through writing a 500-page book or writing a poem,” said Cole Kinchler, a senior in supply chain management at Auburn University.

Kinchler, along with fellow Auburn University seniors Jake Wright and Sharan Kalva, are on the heels of launching a web-based startup business called SimplyProse, which will serve as a centralized collaboration space online among writers, publishers, literary agents, editors and more.

“SimplyProse is basically a website for writers,” Kinchler said. “And the value from it comes from the collaboration aspect. So online right now, there’s not another website that allows you to work with other writers online and give each other edits and feedback in an efficient way.”

Last fall, the three friends started brainstorming for ideas that they thought could potentially lead to a viable business.

“Jake and I, we were kind of just tired of doing the normal thing,” Kinchler explained. “There’s just so much more freedom that comes with running your own business, and we had both had internships before, which we enjoyed them, and we learned a lot from them, but we just felt like if we wanted to really be happy with what we were doing, it would have to kind of be something that we came up with, and we had the passion to actually make it really exciting.”

Kinchler explained that Wright, who is a finance major, initially came up with the idea for SimplyProse, inspired by a love of creative writing. The two enlisted the help of Kalva, an industrial engineering major whose father is a business owner. Around the same time last fall, the friends heard about Auburn’s Tiger Cage competition.

“Basically it’s like (the show) ‘Shark Tank’ for Auburn,” Kinchler explained. “It’s like a seven-month process … it was pretty extensive. You have a bunch of mentor sessions in the fall, and you develop your business plan, and then in the spring you actually start presenting it to judges.”

The trio placed second out of 20 teams in the Tiger Cage competition, in which they were judged by startup guru Kevin Harrington, founder of the infomercial, and won $5,000 to help launch SimplyProse.

The business was also picked up by Opelika-based startup incubator Roundhouse, which helps companies with establishing connections, marketing, getting legal and accounting help and more.

Currently in the development stage and set to launch next month, SimplyProse will be a website that gives writers a platform to connect with one another to exchange ideas, composition edits and other feedback. Kinchler explained that it is similar to the way friends can make edits to one another’s works on Google Docs, but on a broader platform.

“The writing aspect kind of combines that Google Docs functionality, but it allows you to connect with a network of thousands of writers,” he said. “So basically on your work, you can have your manuscript uploaded, you can have your paper from class, you can have your academic journal, you can have your screenplay or whatever you’re working on, and then you can reach out to people on the website that are other writers that could give you good feedback more so than just your friends.”

Another aspect to the site involves a “marketplace,” where publishers, illustrators, professional editors, literary agents and others in the literary field will have access to writers and vice versa.

“We have several different searches that we’re trying to offer, and that way you can take your work once you feel like it’s good enough and then connect with these merchants on the site to kind of really get finished and have it all kind of polished and bring it to market,” Kinchler said.

Kinchler added that publishers will also benefit, as works posted on the site will have the ability to be rated, easing the burden on publishers to have to sift through stacks of submitted manuscripts.

“It weeds out the junk and allows you to know, OK, this story’s pretty popular, if we contact this author to work with them, it’s going to be a pretty good bet for us. So it kind of gets rid of that pain of them having to sort through vast amounts of manuscripts and work and allows them to easily know which ones are better or further along.”

Kinchler said that SimplyProse also carries the possibility to be sold as software to high schools and universities, allowing students to live edit their peers’ papers with professors able to track the changes.

“There’s lots of options it can go for because writing happens in so many different aspects of peoples’ lives, and I think this website will be really beneficial for people who want to write something but they don’t know where to start.”

Beyond words on a computer screen, Kinchler hopes that the business could eventually lead to the development of SimplyProse communities, where users meet face-to-face to talk about their work.

“For instance, at Momma Mochas we could have a SimplyProse community, and maybe once a month, you could get together with five or 10 people from the website and kind of all meet and hang out and mingle and talk about writing. And expand upon that.”

Having placed second in Auburn’s Tiger Cage, the SimplyProse team is one of six finalists in the statewide competition Alabama Launchpad and is competing for a share of $250,000. Kinchler and his business partners will make their final presentation on Aug. 27, and Alabama Gov. Robert Bentley will present the winning teams with checks early next month.

“I really think that hopefully it will help Alabama as a whole, and I think if they can really get going the way that we hope that it can, it could be a really big thing and a really good thing for the state as well as for the literary community.”

Until then, Kinchler and his SimplyProse cohorts plan to continue promoting their new business leading up to its official launch, with their eyes set on the long-term goal of expanding the possibilities for the art of the written word.

“Everyone has some sort of voice or some sort of thing that they can tell the world, and I think this is a really good medium for them to do that,” he said. “And I know that if it can take off and develop the community that we think it can, it’ll be really successful.”

Cole Kinchler, COO of Auburn-based startup SimplyProse, sits outside of Momma Mochas Coffee in Auburn, where he and his business partners often gather to work.