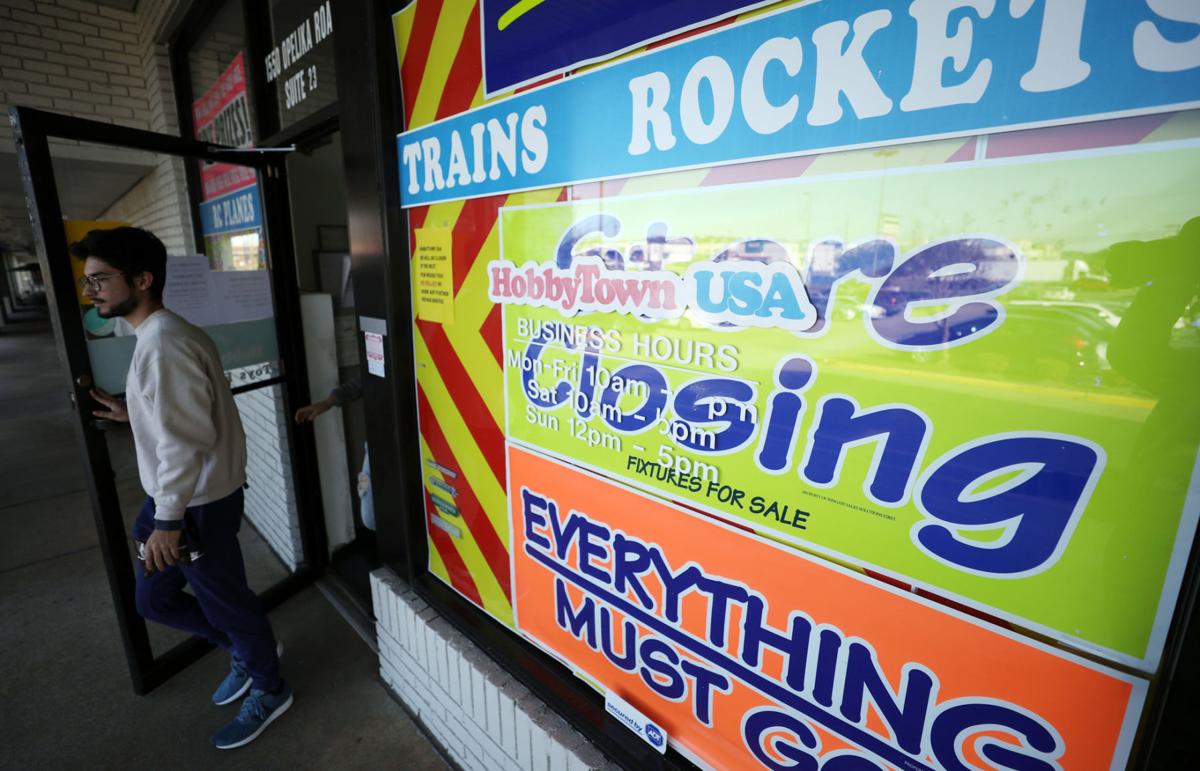 A customer walks out of Hobby Town in Auburn on Wednesday, Nov. 28, 2018, which windows are lined with signs indicating is upcoming closure. 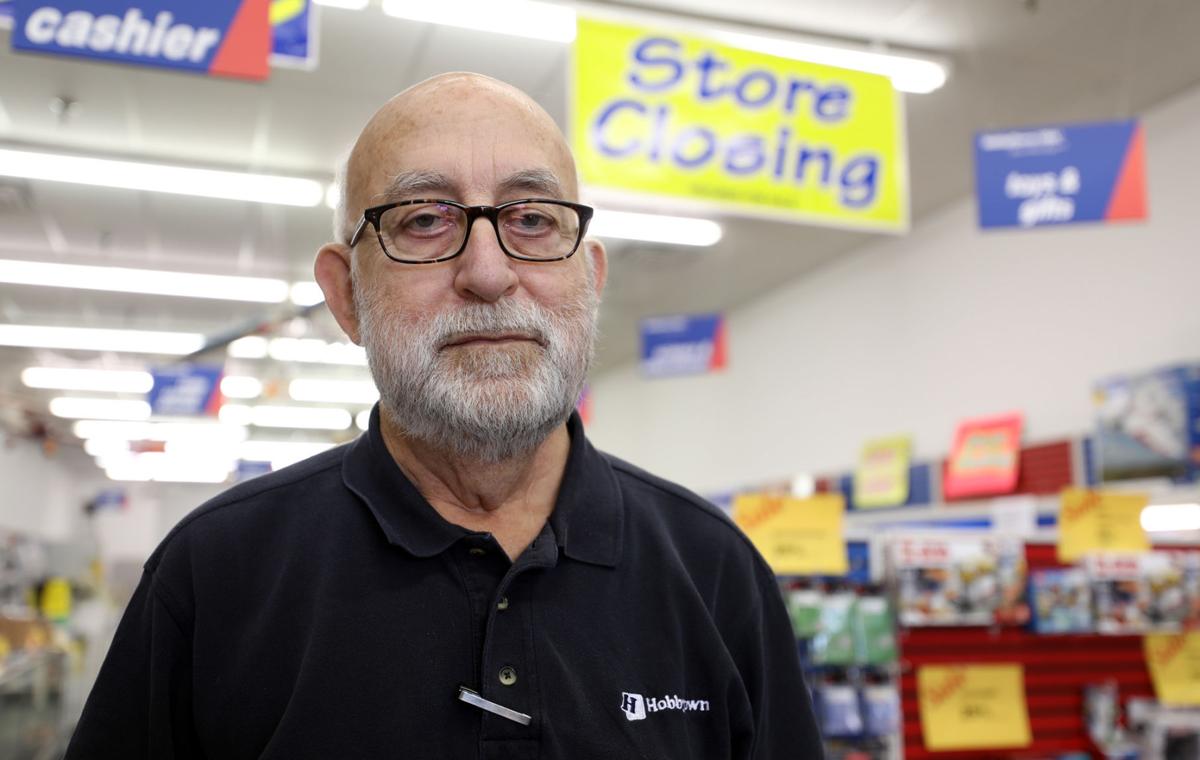 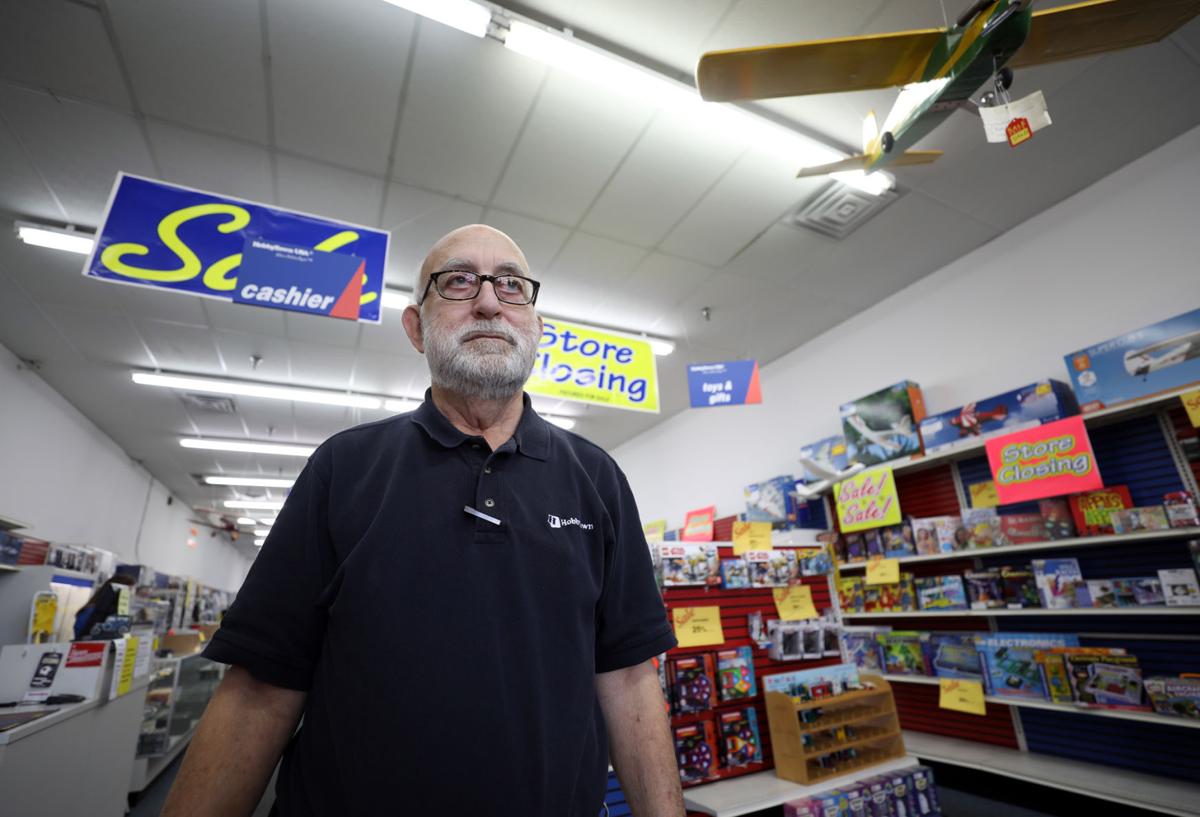 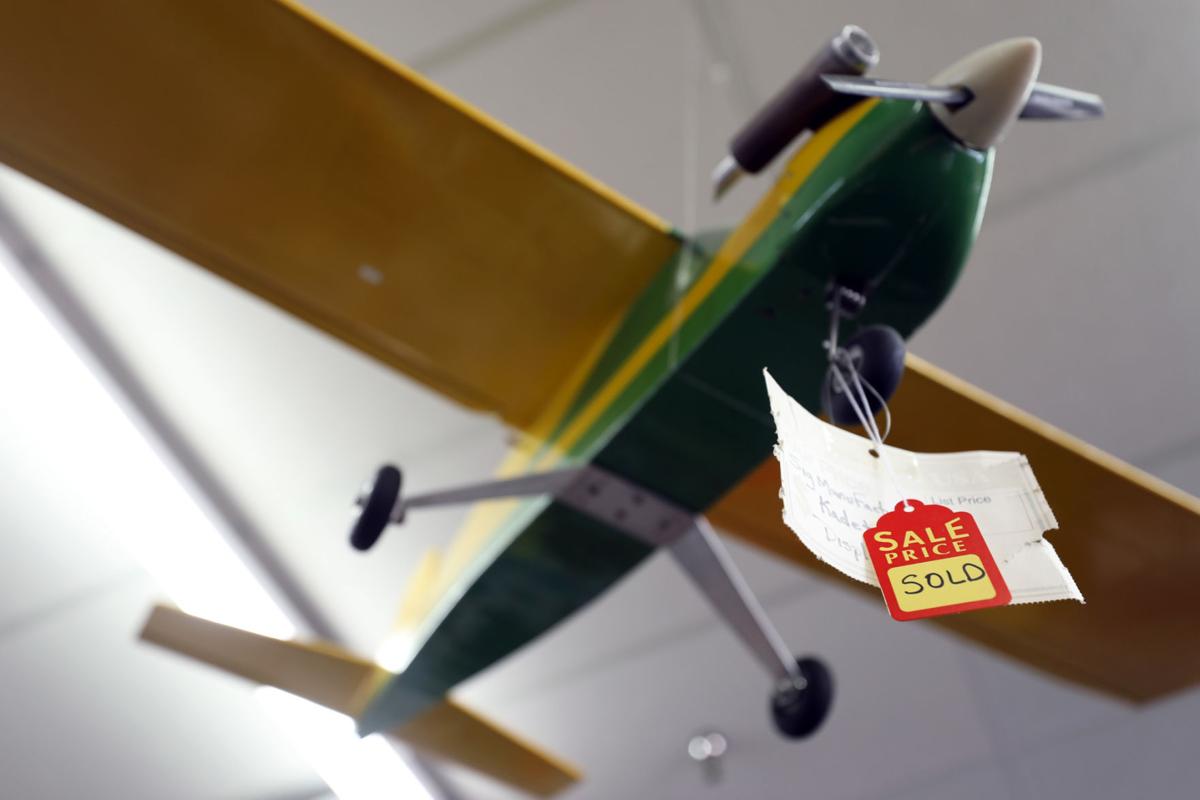 A model airplane is marked sold inside Hobby Town in Auburn. 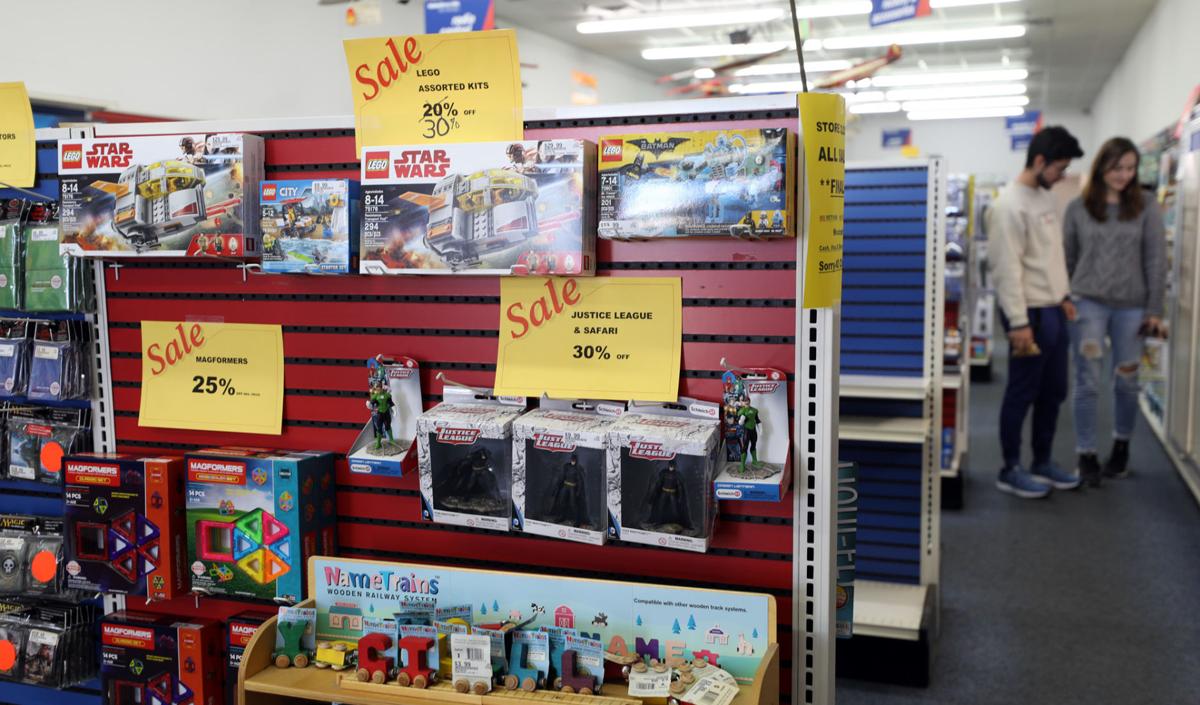 Signs are posted inside Hobby Town in Auburn for closure sales.

After the remainder of Hobby Town’s merchandise is sold, the beloved model, board game and remote control one-stop-shop will close its doors indefinitely.

“I worked 27 years for the local Ford dealers in the parts end, and I gave that up in December of ’98,” Hobby Town store owner Steve Ziegler said. “I was going to take a year off, but after about four months, I needed something to do.”

From 1975 to this present day, Ziegler has exercised a fascination, technical knowledge and appreciation for building and flying radio-controlled airplanes, and this avid interest led him to a hobby store in Columbus, Georgia passing information describing how to own and operate a Hobby Town.

“I was buying parts for an airplane I was building,” Ziegler said. “They gave me a bag that had franchise information on the bottom of it, and I said, ‘That might be something I want to do.' It all kind of fell in place from there.”

Hobby Town of Auburn first opened its doors in August of 1999, and for 20 years, Ziegler “set roots” in a chair behind the register, an endearing ritual recognized and loved by all of his frequent customers.

“I had a fun time,” Ziegler said. “The store’s a hobby for me. I was here 24/7, but the hobby business has changed over the years. Basically it’s gone away, and it is just not what it used to be.”

Ziegler and the Hobby Town conglomerate had separate visions of the future as Hobby Town shifts to toy-centric sales compared to avocational activities and supplies. But other economic issues made retirement the inevitable option.

“I don’t want to complain,” Ziegler said. “I know it’s the sign of the times, but the internet has not helped us much. I can’t blame it all on that. The economy for a while wasn’t good; cellphones, Amazon, mail order. It wasn’t helping us much.”

Determined to keep the store open, Ziegler used his retirement and personal finances to compensate for the changes. He wanted to serve his loyal customers as long as possible.

“I know it’s hard on him, and it makes me sad,” Hobby Town sales clerk Kristy Morgan said with tears in her eyes. “He’s got a lot of good customers. We’re going to miss them. They’ve all been coming in since the store’s been closing. I have to get one last hug and catch up with them a little bit. They were the reason I loved this job.”

Loyal customers and Auburn residents have shared their condolences and fond farewells, and it has encouraged Ziegler in this time of change.

“People have made a lot of nice comments the last few weeks that have really made an impact on me,” Ziegler said. “I didn’t know I was making that kind of impression on these people, and a lot of them come in and say, ‘Where am I going to get my model car worked on now?’ I still have people coming in and talking about it. People I can’t even remember seeing.”

Ziegler’s customers travel from throughout Alabama and Georgia - Montgomery, Greenville, Alexander City, LaGrange, Valley and Columbus – to pay for repairs and purchase merchandise rarely sold at other stores.

“Right now, there is nothing,” Ziegler said. “Now, the closest is a fairly new Hobby Town in Phenix City. They’ve put in a kind of express Hobby Town, and they got an indoor track.”

Many retired senior citizens, unaccustomed to using the internet, have enjoyed visiting Auburn’s Hobby Town to find supplies without the hassle of ordering from an online vendor, and “Flames of War” table-top gamers strategized, built armies and battled in the back of the store.

“I want to thank them for supporting me,” Ziegler said. “I’m sorry I have to close her down. It’s nobody’s fault but mine, the internet and economy. I don’t want to specifically blame it on anything, but it’s been fun while it lasted.”

When Hobby Town closes and Ziegler retires, he has plans to return to his other hobbies and checking off two items on his bucket list.

“I’m single,” Ziegler said. “The store was my hobby because I used to do the model airplanes and helicopters, and that went away when I opened the store. I still build them, but I haven’t flown them much. I got a big one in the back that I have been building.”

Ziegler has aspirations to purchase or rent an RV and travel around the United States as his first bucket list venture, and the second is to attend a car auction to buy a Rat Rod or a Hot Rod.

A customer walks out of Hobby Town in Auburn on Wednesday, Nov. 28, 2018, which windows are lined with signs indicating is upcoming closure.

A model airplane is marked sold inside Hobby Town in Auburn.

Signs are posted inside Hobby Town in Auburn for closure sales.