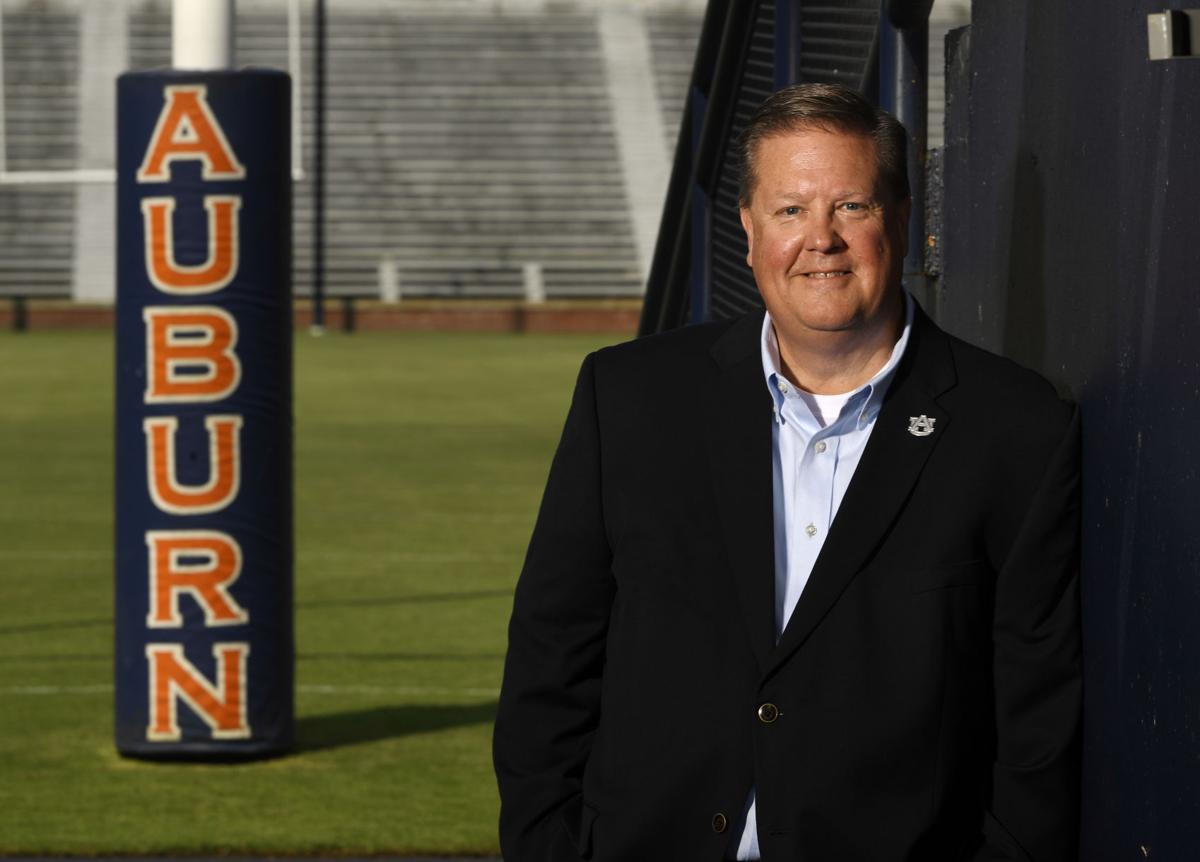 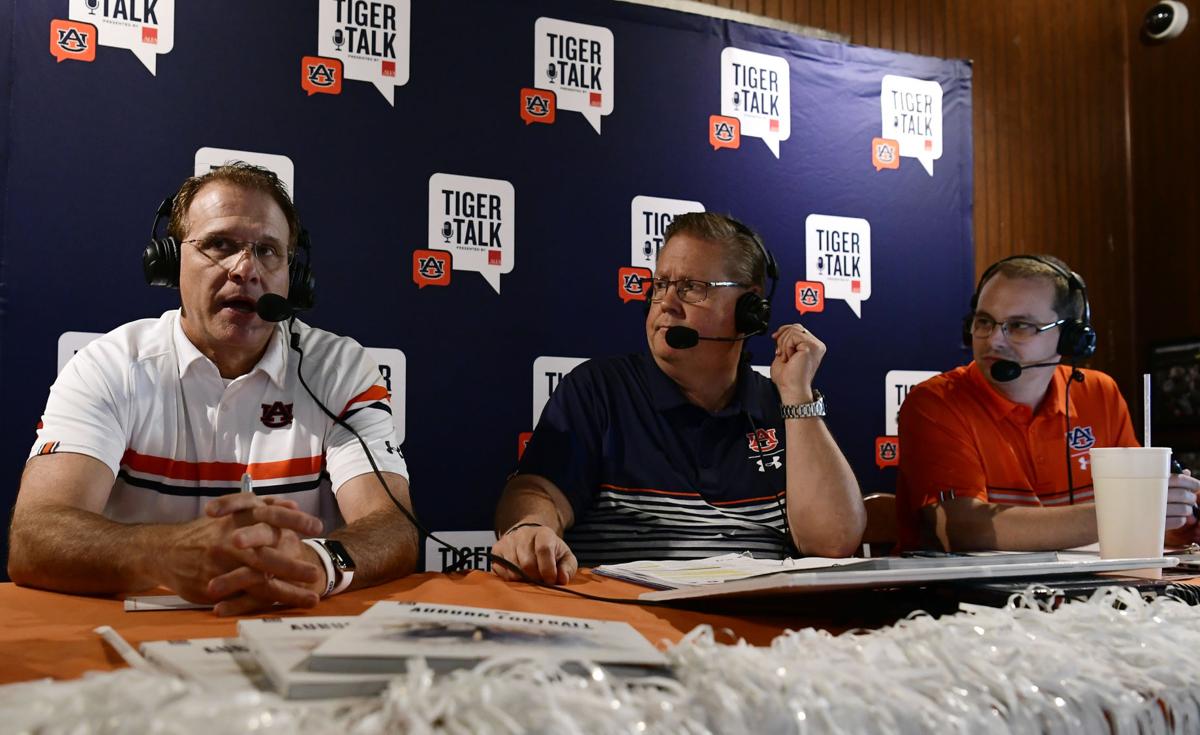 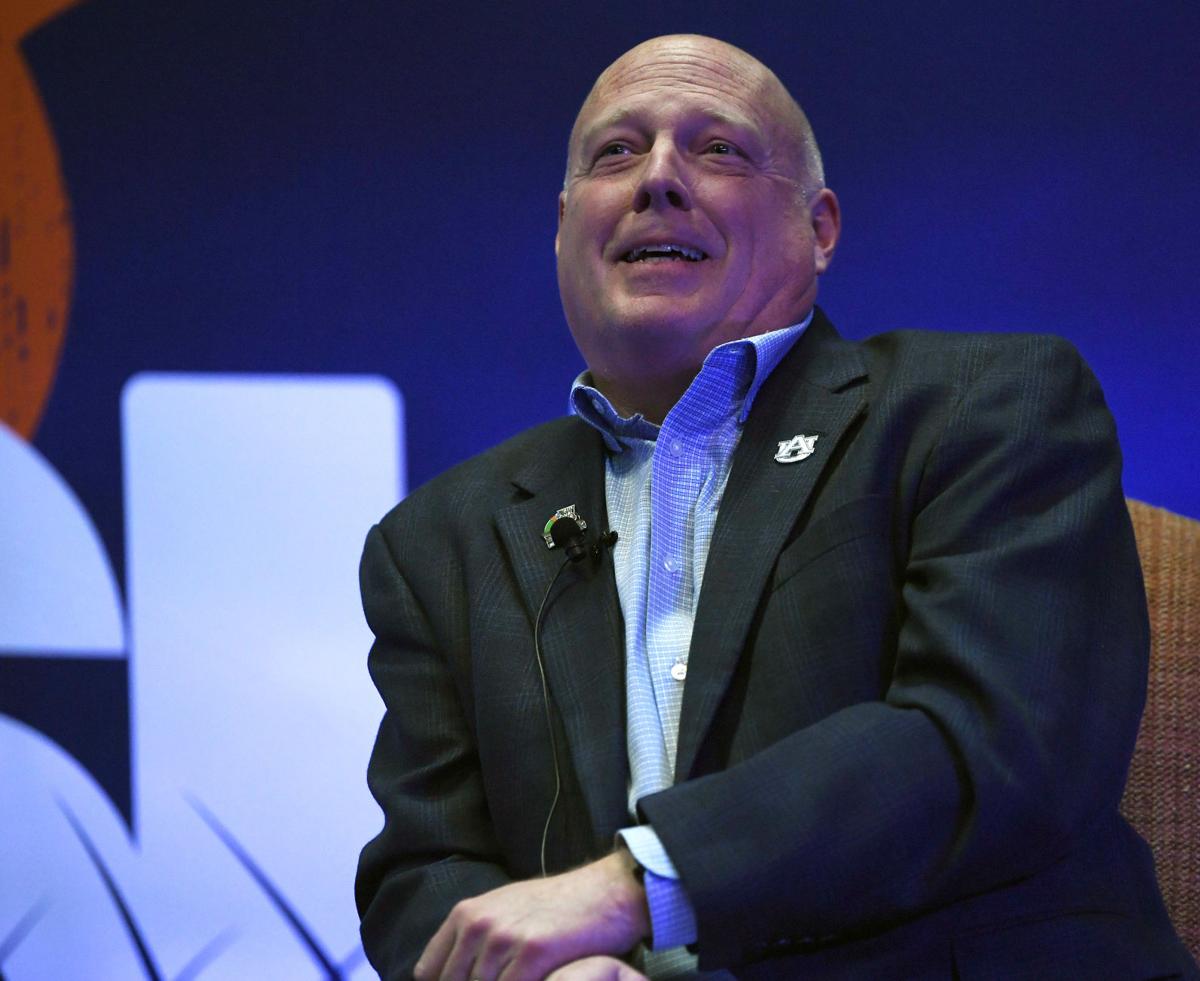 Rob Bramblett at Auburn AMBUSH on Wednesday, May 1, 2019, in Dothan. Rod died in a car accident only a few weeks later, on May 25. (Todd Van Emst/AU Athletics) 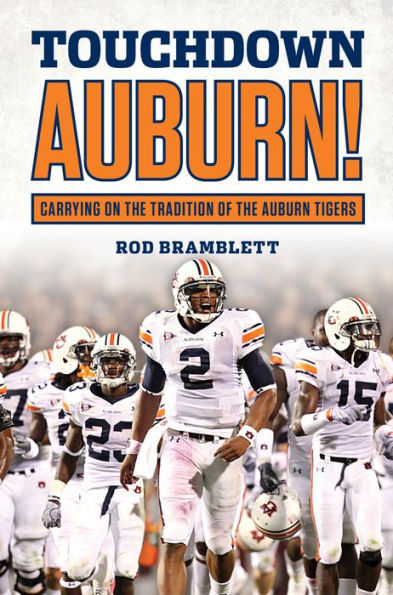 Auburn opened its football season in a well-promoted, nationally televised matchup against Oregon broadcast on the ABC network, so most Auburn fans had easy access to watching that game live.

Saturday, however, tens of thousands of fans will flock to Jordan-Hare Stadium to watch Auburn’s home opener against Tulane, and that means pregame tailgaters will have radios blaring, fans in the stands will have radio headphones talking in their ears, and post-game drivers will flip to the Auburn sports radio network to hear game stats and commentary.

Welcome, Andy Burcham, today’s “Voice of the Auburn Tigers,” into our lives anew.

Andy, as most of us here know, is no stranger to Auburn sports, having spent decades calling Auburn baseball with former Auburn broadcaster Rod Bramblett, along with plenty of other sports action. Fans know well the story by now of Rod and Andy’s friendship.

So close, in fact, were the two that Andy and his wife have taken over guardianship of Rod’s and his wife Paula’s son after Rod and Paula were killed in that tragic car accident last May.

The next day, a Sunday, I was like so many countless others from around the globe in feeling heartfelt grief over the loss of Rod and Paula. To deal with it, and the long, sleepless hours of the previous night that finally had ended, I turned to Rod himself for comfort.

I went to the bookshelf, and I pulled down Rod’s book: “Touchdown Auburn!” with the subtitle, “Carrying on the tradition of the Auburn Tigers.”

Auburn Athletics is blessed with a long legacy of talented writers who have shared their personal insights into various Tiger programs and life-changing memories for Auburn fans. Former sports information director and athletic director David Housel comes to mind, as does the pictorial history book produced by former Auburn journalism masters Jack Simms and Mickey Logue.

Simms and Logue were two of my instructors way back when. David Housel is a dear friend still today.

But there was Rod’s book, and as soon as I started reading, I was engrossed with his humor, interesting insight and his passion for life. It was as though I could hear his voice speaking every word.

Rod faced this, too

It was an eerie feeling when I began reading the chapter “Following Jim,” which was about Rod being named Auburn’s primary sports broadcaster following the sudden death of his own predecessor, the legendary Jim Fyffe.

“That can’t be,” Rod remembered thinking when he heard of the loss. He had just spent time with Jim at an event at former football coach Tommy Tuberville’s house on Lake Martin.

After Rod was named as Fyffe’s successor, “I bet you’ll never guess who the first congratulations came from,” he wrote in his book. “It was longtime Alabama play-by-play man Eli Gold.”

Rod went on to say that “Eli reaching out to me is one of the coolest and classiest gestures I’ve ever experienced.”

The Auburn Family, at the time still feeling widespread grief over the loss of Fyffe who had died from natural causes, sprang into action with letters, calls and emails of encouragement to Rod. Clearly, it meant much to him.

Then came the struggle he faced and wrote about regarding his first football game as the newly crowned voice of the Auburn Tigers.

Fyffe had made “Touchdown Auburn!” a signature call.

So what was Rod to do the first time Auburn scored a touchdown in that 2003 season with himself at the mic, he asked himself.

When that first touchdown finally came in the third game, on a pass from Jason Campbell to Jeris McIntyre, Rod called the play: “to the 20, to the 15, to the 10, 5, GONE! Touchdown Auburn!!”

And there it was.

Still, it bothered Rod that he didn’t yet have his original spin on the phrase, or that listeners might still be thinking of how Fyffe would call it, and he mostly avoided those famous two words for the rest of the season. Until…

Alabama came visiting at the end of the season. It was on the very first play from scrimmage that Rod feels he had his own first "signature call" of an Auburn football game.

With it, he finally broke the feeling that Fyffe’s call was a personal attribute instead of one that could continue to grow in Tiger lore. But he also coined another phrase that took root with a coach on Auburn’s staff today:

People asked Rod where he came up with “Cadillac, go crazy!”

Carnell Williams became one of Auburn’s all-time great running backs, and today he coaches that position for Coach Gus Malzahn.

“Actually, I got the idea from ‘Cadillac’ himself,” Rod wrote. “In talking to the media at some point that season, Cadillac mentioned part of his pregame routine was to scream out to the team, ‘Time to go crazy, let’s go crazy!’”

The next year, 2004, Auburn went undefeated and ended the season as a team many around the country felt should be crowned national champions.

Rod had plenty of occasions to yell “Touchdown Auburn!” and never looked back.

Rod loved Andy, and said so many times in many ways.

“Then there’s Andy Burcham…one of my best friends in the world,” Rod wrote. “Andy is 10-times the interviewer I am. He knows all the right questions to ask in some of the most difficult situations.”

Andy, in countless interviews and speeches since Rod’s death and since being announced as Auburn’s newest “voice of the Tigers,” has shared the same feelings about Rod, and the friendship involving their wives.

“Rod and Paula were our Fred and Ethel,” Andy said at Rod’s funeral. “If you don’t know who Fred and Ethel are, ask your parents.”

He tried to smile as he fondly reflected on the many long road trips he and Rod shared together in covering Auburn sports.

Based on Rod’s own words, it is clear that he would have a message for Andy today when calling football games for the Tigers; a message that, based on Andy’s excellent start with calling Auburn’s 27-21 win over Oregon, he’s already accepted.

To Andy: Use these words, and use them often…

They’re yours now to lead the chorus of cheers as the Auburn Family around the world listens and joins you in yelling that cry of joy.

May they live often and forever.

Rob Bramblett at Auburn AMBUSH on Wednesday, May 1, 2019, in Dothan. Rod died in a car accident only a few weeks later, on May 25. (Todd Van Emst/AU Athletics)