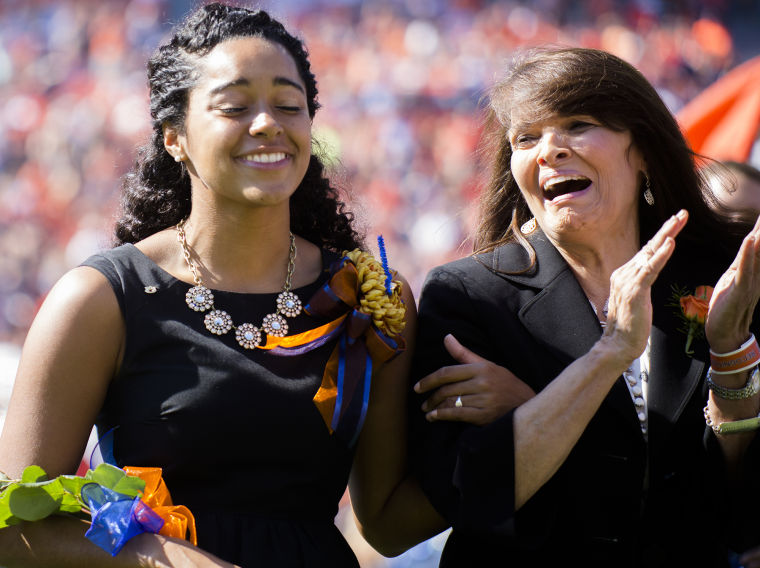 Molly Anne Dutton, left, and her mother Peggy Dutton reacts to being named Auburn homecoming queen during halftime of the NCAA football game Saturday, Oct. 12, 2013 at Jordan-Hare Stadium in Auburn, Ala. 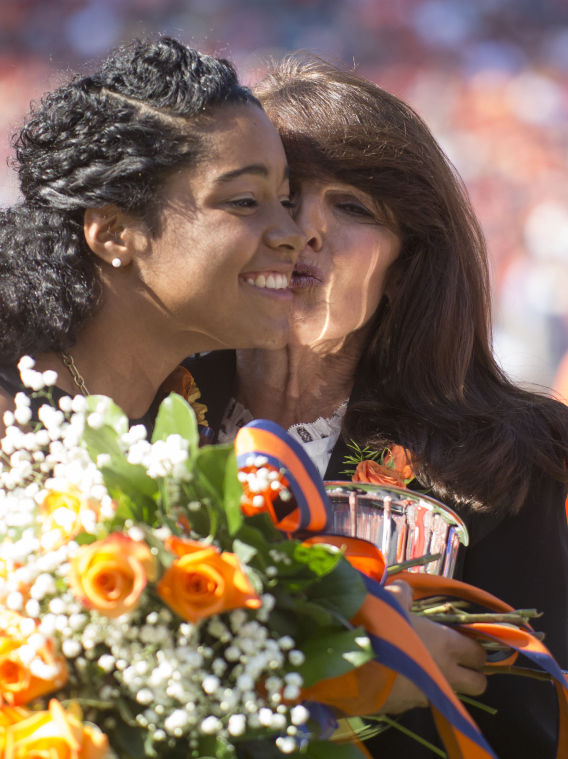 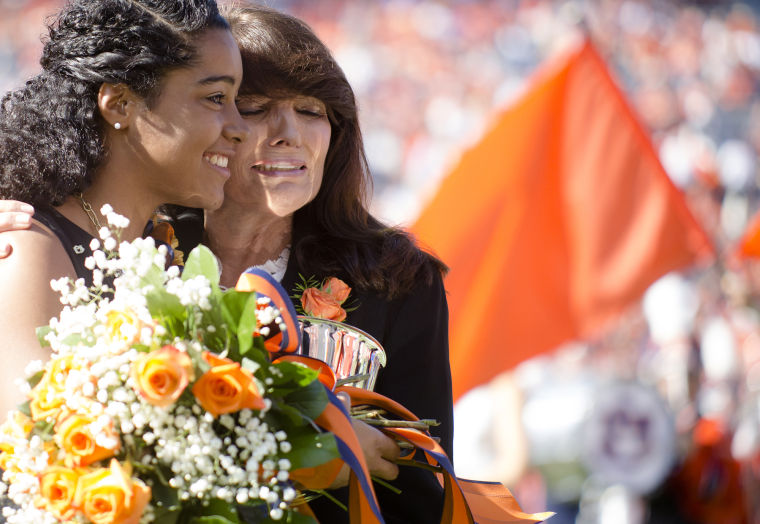 Peggy Dutton hugs her daughter Molly Anne Dutton, left, after being named Auburn homecoming queen during halftime of the NCAA football game Saturday, Oct. 12, 2013 at Jordan-Hare Stadium in Auburn, Ala.

When her name was announced as Auburn’s 2013 Miss Homecoming, both Dutton women cried together. And when university President Jay Gogue and Alabama Gov. Robert Bentley presented the university’s 100th Miss Homecoming with a silver bowl, mother and daughter smiled.

But it was Dutton’s biological mother's decision to pursue adoption that inspired her to run on the platform of adoption advocacy.

Dutton’s biological mother was a young, married woman living in California when she was the victim of sexual assault that resulted in pregnancy. Her husband issued an ultimatum: abort the baby or prepare for divorce.

“She had no idea what she was going to do,” the Gardendale native said. “That’s when her journey took her down south to Alabama.”

Lifeline Children’s Services in Birmingham reached out to Dutton’s biological mother. At the time, Dutton’s adoptive parents were on the board of the Christian adoption agency that helped “shed some light into that really dark event.”

“It was an easy decision,” Dutton said of her adoption advocacy platform. “However, it wasn’t an obvious decision.”

A horticulture major, Dutton initially wanted to work toward a plant-based cause. Then, she considered fighting human trafficking. It wasn’t until she discussed platform ideas over lunch with friends that she decided to advocate a cause that had impacted her directly.

“One of the girls…said, “Molly, what do you think about sharing your story,’” Dutton said, remembering back three and a half weeks. “I had shared it with a smaller audience… I am honored to carry that story.”

For a week, Dutton’s team distributed yellow daisies and sold green and yellow t-shirts across campus, the proceeds of which went directly toward Lifeline. During that time, she shared her story with Auburn’s 25,000 students.

“That has just rippled out,” she said. “That’s been the biggest [change] on Monday, to know that it’s not just students who know my story, but men and women across the nation.”

Dutton said she was comfortable sharing her story. Hearing other students’ stories was more difficult.

Unlike many Miss Homecoming candidates, Dutton ran without the support of a sorority or other large organization. She was funded by a club within the horticulture department, the Professional Landcare Network (PLANET), and said the small department has been very supportive of her campaign.

“I went to class and I did get a ‘Congratulations’ from my professor, which was awesome,” Dutton said.

Now that her whirlwind campaign is over, Dutton is excited for her duties as Miss Homecoming, which includes acting as a liaison between current university students and alumni.

“It wasn’t ever running against; it was running with four other girls,” Dutton said of her campaign. “Every day last week, when I put my head on the pillow, I just felt so accomplished.”

Dutton added she is “full of gratitude” for the Auburn student body that supported her platform and her personal experience with adoption.

“I was given grace to carry that story,” she said. “My story is a voice for the voiceless.”

Auburn’s business community and long-time residents of the city say they’ve lost a larger-than-life friend and a cornerstone figure in Downtown Auburn after the death of entrepreneur Greg Bradshaw.

After consulting with members of the local medical community, Auburn City Schools and Opelika City Schools will be making masks optional for s…

Auburn University to require all employees to be vaccinated against COVID-19, complying with federal requirements

Auburn University is requiring all employees to be fully vaccinated no later than Dec. 8, the school announced in a campus-wide email Friday.

The annual Pioneer Day (formerly Syrup Sopping) will be returning Saturday in Loachapoka.

Right at home: These students went way out of state to attend Auburn University

Auburn University has always been close to home for Jackson Hyde-White, a junior in mass communications, and his family.

After a year of serving as the Opelika City Councilman for Ward 3, Dr. Robert Lofton has resigned from his position after being diagnosed with…

Molly Anne Dutton, left, and her mother Peggy Dutton reacts to being named Auburn homecoming queen during halftime of the NCAA football game Saturday, Oct. 12, 2013 at Jordan-Hare Stadium in Auburn, Ala.

Peggy Dutton hugs her daughter Molly Anne Dutton, left, after being named Auburn homecoming queen during halftime of the NCAA football game Saturday, Oct. 12, 2013 at Jordan-Hare Stadium in Auburn, Ala.