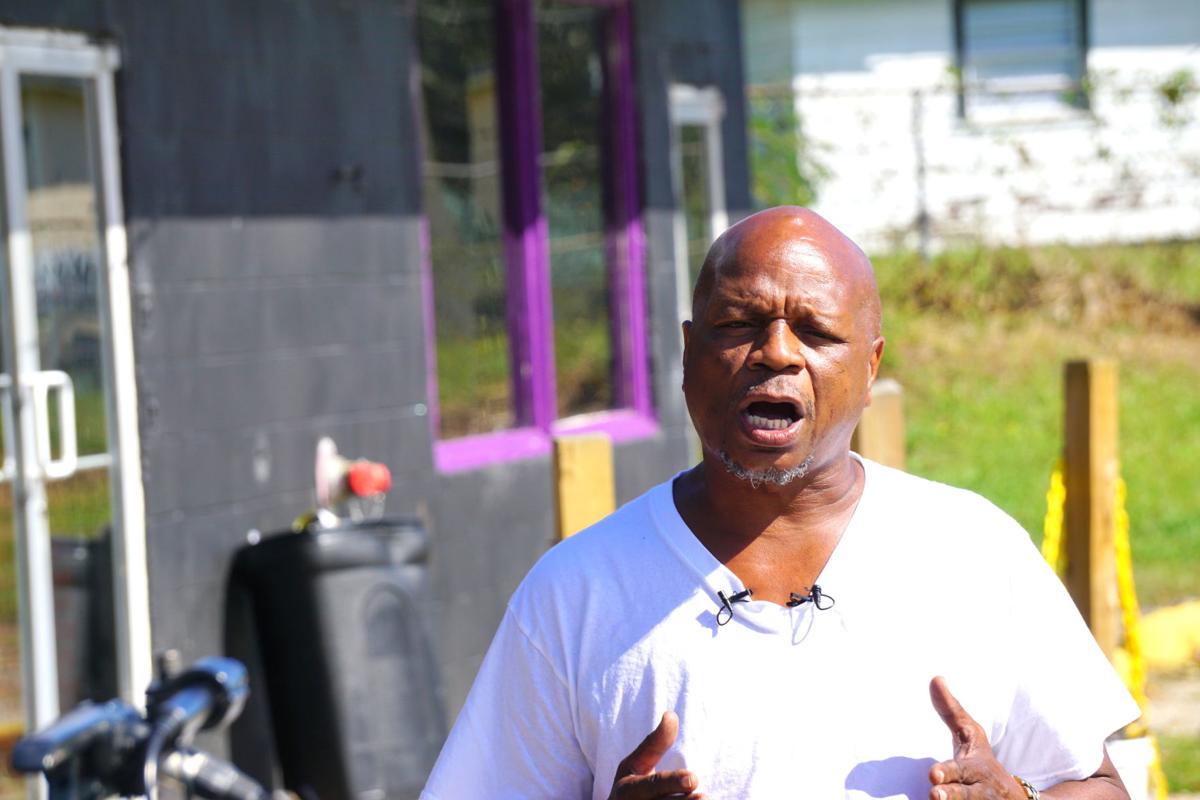 Michael Woody shares what he saw and heard early Sunday morning when a gunman opened fire at Club Addiction. 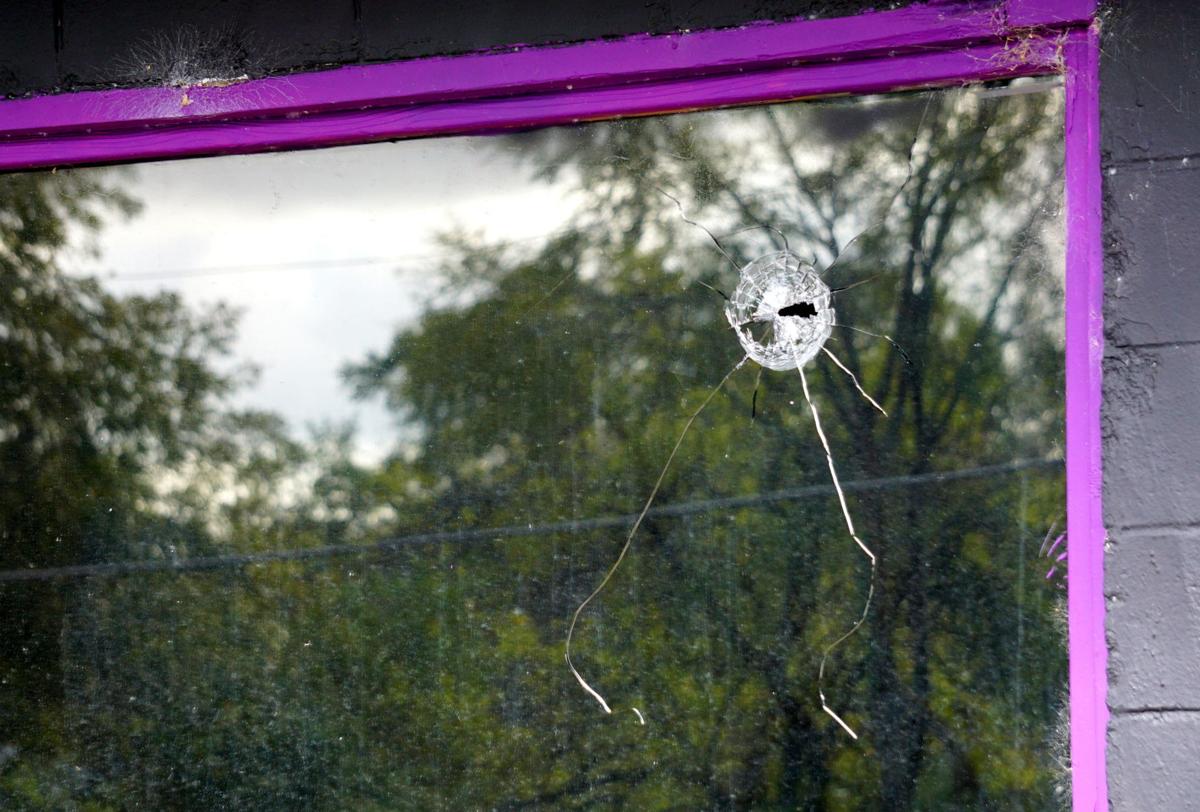 A bullet hole pierces the glass in front of Club Addiction in Lanett, where nine people were shot when a gunman entered the club and opened fire.

LANETT --Two people were killed and seven others injured Sunday morning in a nightclub shooting in Lanett, as police continue to investigate.

One man and one woman are dead from the incident.

Bridget King said she was standing outside behind the nightclub on 19th Street Southwest, talking to friends, when she heard several shots fired from the front of the building.

King said she was so frightened when she heard the shots, she hid behind a Dumpster and almost jumped into it.

“We had some people having a birthday party, and we noticed that a lot of young kids were running from there through my parking lot,” Woody said. “I went to the door, and I heard some shots going off. It was a lot of people just running. They were running, trying to get away.”

When officers arrived at the club, they found one man with a critical gunshot wound. Woody said he saw the man lying on the parking lot. The victim was taken to East Alabama Medical Center-Lanier, and was pronounced dead at the hospital.

“During that time, there was a young lady who was parked up the street, on the side of the road. We noticed some more shooting going on up there,” Woody said. “Someone shot into that young lady’s car, during the time the police officers were here. They had no regard for the police or anybody.”

The other seven victims who were injured in the club went to the hospital in their private vehicles and were treated and released.

Police are trying to determine whether there were one shooter or multiple shooters involved, Spates said.

“We’re still working on that right now,” she said Monday, and added that the names of the victims will be released, pending notification of relatives.

The gunman allegedly stormed into the club, firing his weapon, and a security guard was shot in the hand when he tried to detain the suspect.

“If it hadn’t been for the security guard, they would have got up in that door,” Woody said. “He came in shooting. All the shots were located right on the inside of the door right there, not back there where the people are. It’s not like he was in the club, came out and got a gun.”

Woody said he always advises the club owners and security guards to check patrons for weapons and illegal drugs upon entering the building. He estimated between 275 and 375 people were at Club Addiction at the time of the incident.

Atlanta-based rapper Lil’ Baby was scheduled to arrive at the club shortly before the shooter came. He was to perform from 2 to 2:30 a.m., with the club officially closing for the night after his set. The shots were fired about 1:45 a.m., Woody said.

Woody said the incident prompts a conversation about ensuring people responsible for shootings are incarcerated.

“One lady asked me if the business would close,” he said. “I don’t know what the city might do, but I can tell you right now, that ain’t the solution. These people need to be locked up and put off the street for good, not get out on parole. They need to stay locked up for the rest of their days, because they took some family member away from their mothers or children.”

He added that he operated a club in that building between 1995 and 2015, and police were called out to the venue no more than 10 times during that period. Since the current owners have taken control, there have been a handful of skirmishes, but nothing of the magnitude of Sunday’s attack.

“They ain’t never had nothing like this,” he said.

Anyone with information on the incident or potential suspects should contact the Lanett Police Department Criminal Investigations Division at (334) 644-5254, or the Crimestoppers line at (334) 756-8200.

Michael Woody shares what he saw and heard early Sunday morning when a gunman opened fire at Club Addiction.

A bullet hole pierces the glass in front of Club Addiction in Lanett, where nine people were shot when a gunman entered the club and opened fire.