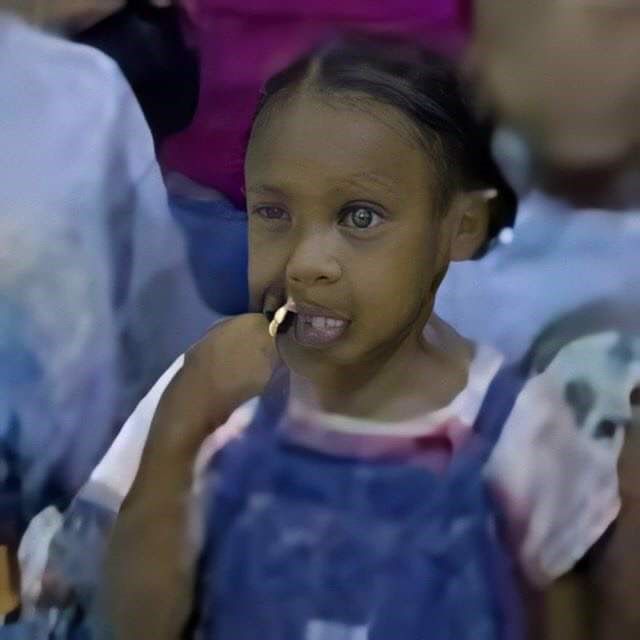 Opelika police released new enhanced photographs of a girl believed to be Baby Jane Doe on Thursday in hopes of identifying the girl whose skeletal remains were found in 2012.

The original photos were released to the media several years ago but have since been enhanced to bring out a clearer image of the girl whose remains were discovered behind a trailer park in Opelika in January 2012.

The images were taken during Vacation Bible School at Greater Peace Church in 2011.

The enhanced photos have been shown to the Bible school teacher who first brought them to police, and she believes the enhanced images show a better likeness of the girl, said police.

The investigation into the death of Baby Jane Doe remains active, and detectives continue to follow up on leads and taking advantage of new technology that may assist in the identification of the girl, police said.

Police ask that anyone who recognizes the girl contact the Opelika Police Department Detective Division at 334-705-5220 or the Secret Witness Hotline.

Police also remind the community that, through donations from the Alabama Governor’s Office, the Lee County District Attorney’s Office and a private citizen, there is a $20,000 reward for information leading to the identity of Baby Jane Doe and the conviction of her killer.

The skeletal remains of the unidentified girl were discovered Jan. 28, 2012, at a trailer park on Hurst Street in Opelika.

Police believe the girl had been dead between nine months and two years when her remains were found. It is estimated she died between 2010 and 2012, police said.

The girl is estimated to have been 4-7 years old. She had medium-length black hair, which was styled in small, tight curls. The girl’s height, weight and eye color cannot be determined, said police.

“An anthropological assessment of her bones suggest she had likely been abused and malnourished in life,” a previous release from Opelika police said.

A long-sleeve pink shirt with heart buttons and small ruffles near the neckline was discovered near the girl’s skeletal remains; however, it is unknown if it belonged to the child.

The results suggested that the girl was from the southeastern part of the United States, and that there is a strong possibility she was born and raised in Alabama or surrounding states.

The investigationThe girl’s DNA was entered in the nationwide database with the assistance of the Federal Bureau of Investigation.

Probe shows WHO knew of sex claims in Congo

US calls for deescalation in Gaza

US calls for deescalation in Gaza

Georgia begins COVID vaccines for kids 12 and up

Georgia begins COVID vaccines for kids 12 and up

‘Between a slap on the wrist and exacting a pound of flesh’: Youthful offender hearing held in Bramblett crash case

A youthful offender arraignment and plea hearing was held in the Lee County Justice Center Wednesday in the case of Johnston Taylor, 18, who w…