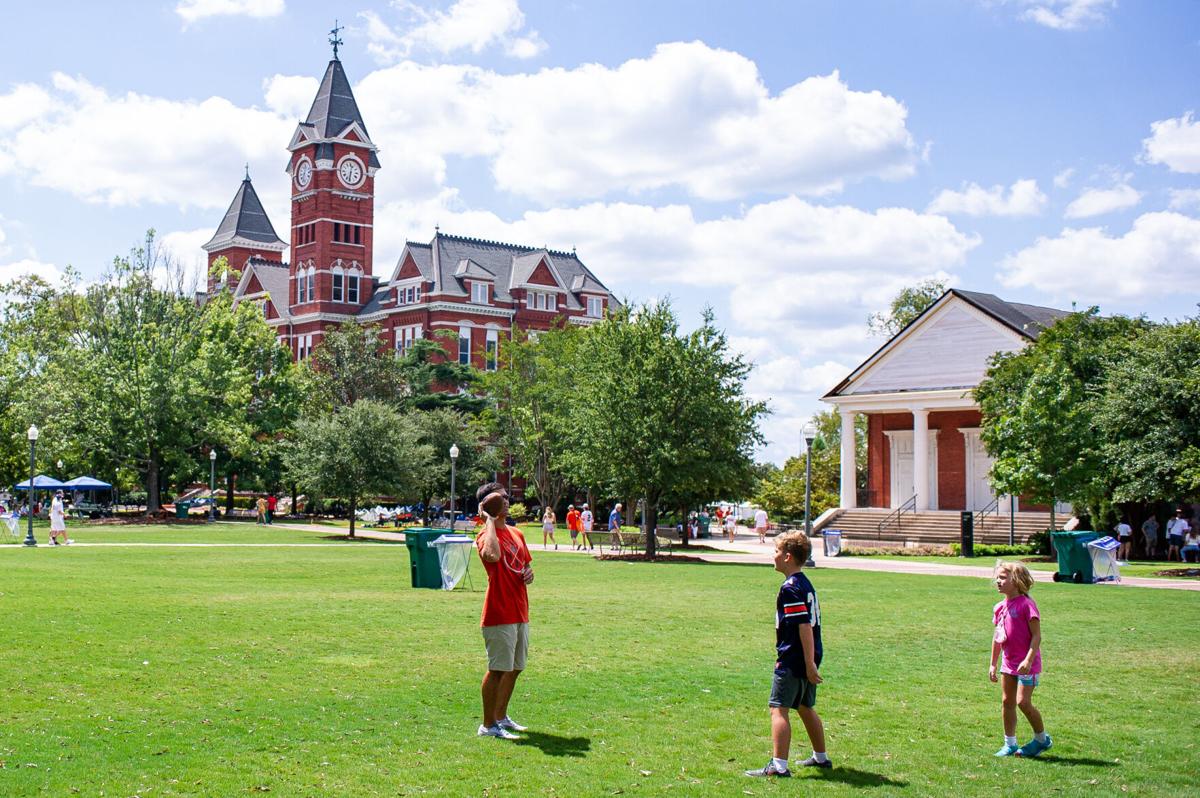 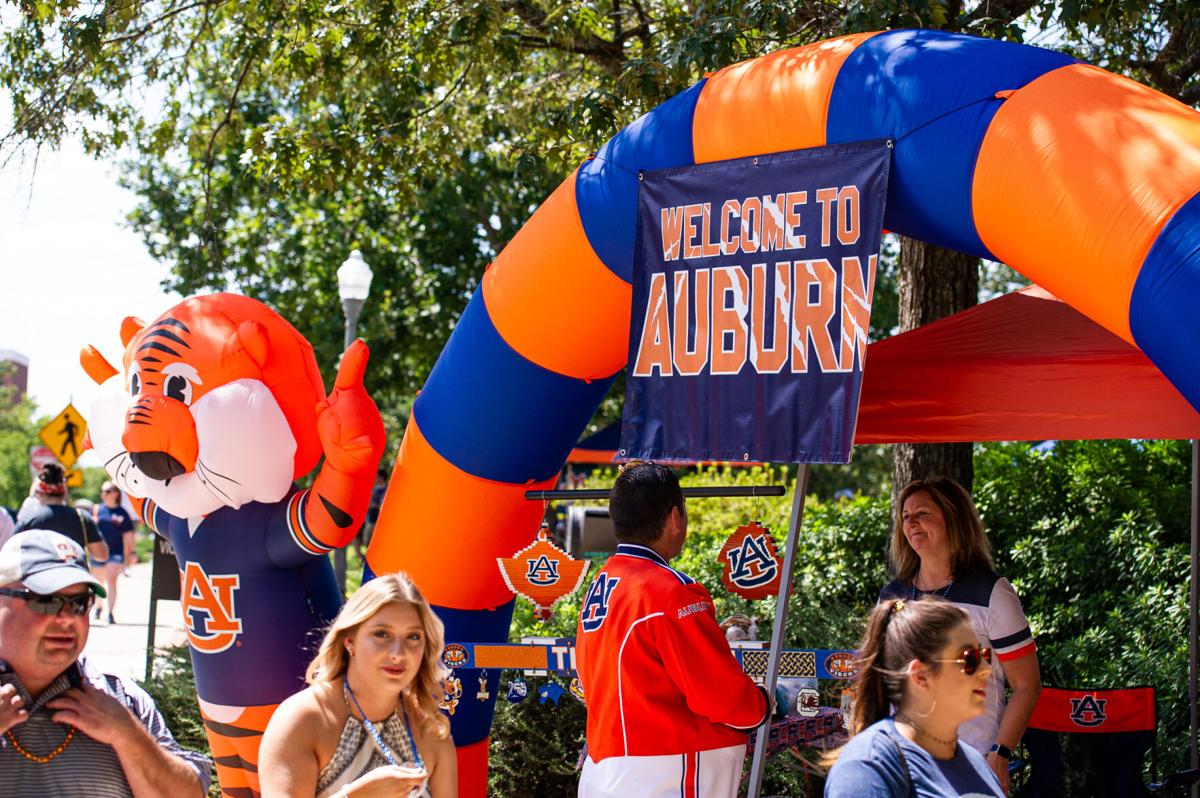 Auburn football game day on Saturday, Sep. 4 in Auburn, Ala. 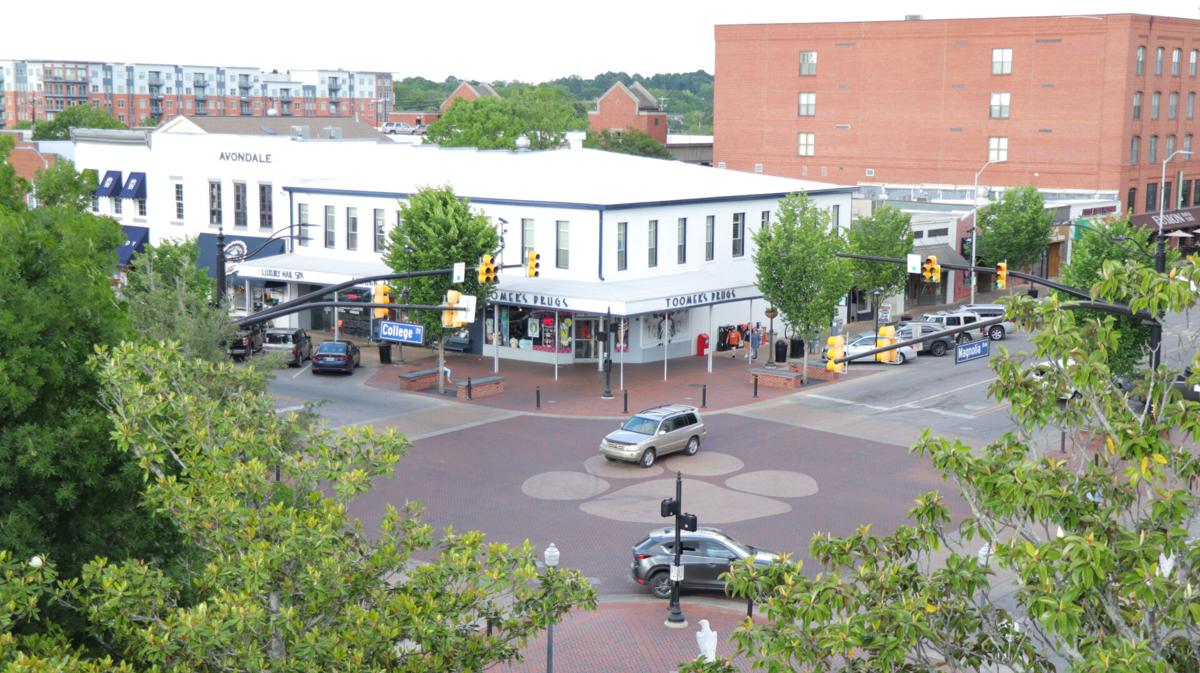 Auburn’s Toomers corner is a popular and iconic spot in Auburn.

While the city is still contending with an ongoing pandemic as well as a shortage of workers, some in Auburn hope the local economy will begin to heal with the added tourism and shopping that come with home football games now that Jordan-Hare Stadium is back at full capacity.

Auburn Chamber of Commerce President and CEO Anna Hovey said while local businesses made do with the traffic they had in the fall of 2020 amid a limited-capacity stadium during the football season, the return to full capacity and a more “normal” football season made her optimistic about the effects the added visitors would have on retailers, hotels and restaurants in town.

“As a chamber, it means our businesses that are members are definitely seeing better business than what they had experienced last fall,” Hovey said. “Sales have been good, they have seen people who were happy to be back in town, and I think that feeling of excitement was definitely obvious, so while they had an increase in their sales I think it was probably a good boost to everyone to have people come back who are excited to be here.”

Even though it’s still in the beginning of the football season and Auburn has only played two home games so far, the economic impact of the return of football is already being felt and measured.

Using state tourism guidelines for an average tourist’s spending combined with occupancy rates from local hotels, Auburn-Opelika Tourism Vice President Robyn Bridges said her organization was able to develop a good guess as to how much revenue is gained during a home game weekend.

Bridges said AO Tourism determined that the 2019 football season brought in about $66 million in revenue for local businesses, while 2020’s football season was about $50 million less.

While it’s difficult to get an exact figure for the total economic impact of this year’s home games, Bridges said her organization was optimistic about the future of the season based on the data they’ve been able to measure so far.

Bridges added that since June of this year, all of their numbers related to local hotel revenues returned to pre-COVID levels and even surpassed June 2019 revenues—a trend that they’ve noticed every month since.

“Fingers crossed, we hope that football season will continue on that trajectory and we won’t see another downturn,” Bridges said.

Despite the positive trajectory in revenues as well as the morale boost from football returning back to full capacity, Anders said it was still challenging to balance the economic health and the public’s health during the pandemic and urged residents to consider getting vaccinated if they haven’t done so already.

“There’s nothing more important than the health and welfare of our community, and I certainly want everybody to be as safe and thoughtful as possible as they go about enjoying the return of Auburn football,” Anders said. “I want to continue to encourage people to receive the vaccine. … The reality is, the more people that are vaccinated, the safer attending an Auburn football game is.”

While Bridges also urged everyone to receive a vaccine for the betterment of the community, she said AO Tourism was also concerned with the lack of workers in local businesses around the city.

“We’re in a workforce crisis, and that’s the only way to say it,” Bridges said. “Our restaurants particularly are in crisis-mode and are struggling to keep their doors open. It is very, very scary. That’s where our concern lies.”

Under the yellow visitation level, immediate family members or “support persons” will be allowed to visit the hospital from 8 a.m. to 7 p.m. unless otherwise noted, with quiet time from 2-4 p.m.

Auburn football game day on Saturday, Sep. 4 in Auburn, Ala.

Auburn’s Toomers corner is a popular and iconic spot in Auburn.