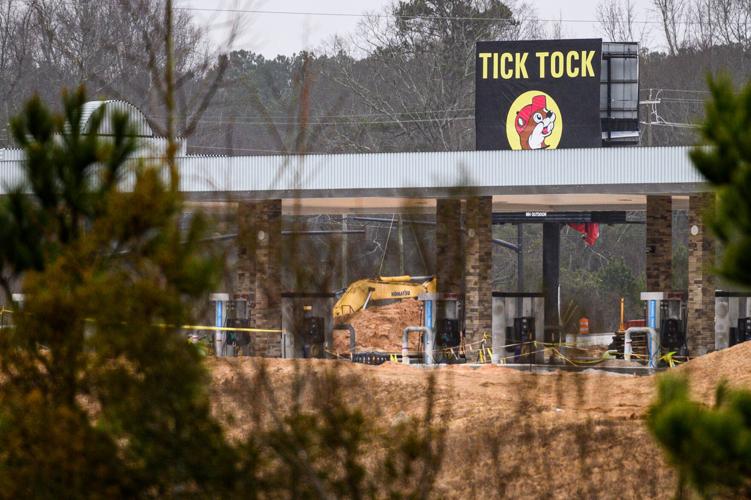 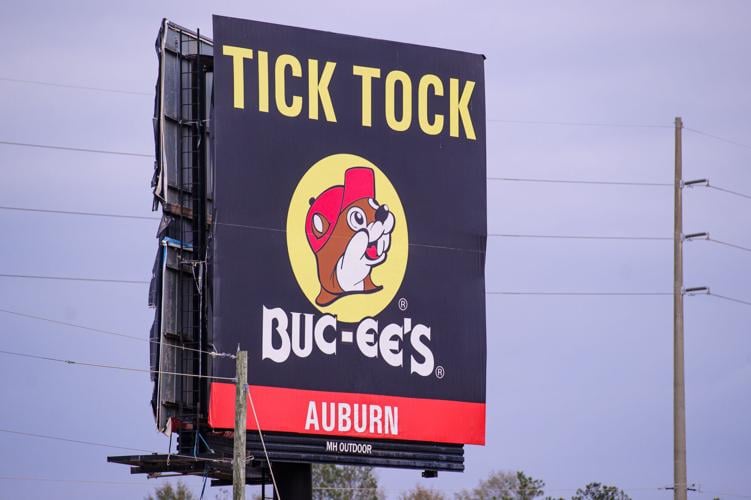 Buc-ee’s under construction off Exit 50 in Auburn.

The Buc-ee’s location in Auburn is set to open in April 2023, a spokesperson confirmed to the Opelika-Auburn News on Tuesday.

The popular traveler’s stop is being built off Exit 50 on Interstate-85 in Auburn. Buc-ee’s locations are known for their sprawling size and stacks and gifts to go along with their gas pumps.

In a recent email to Opelika-Auburn News, the chain’s public relations firm said: “Per Jeff Nadalo, General Counsel for Buc-ee’s, the Auburn location is scheduled to open in April 2023.”

The first quarter 2023 date has also been alluded to on Buc-ee’s website which lists April as a start date on several of its job openings.

Construction has continued at the site over the last year. Buc-ee’s first broke ground on the $45 million project in Auburn in October 2021. The company had said at the time that construction would take 12-16 months to complete. The travel center is expected to stand over 53,000 square feet.

“It’s a great opportunity for us to acknowledge the kickoff of what we know will be a great store,” Nadalo said when the Auburn location was first announced. “People will quickly see activity, and we’re looking forward to being out there.”

Auburn will be Buc-ee’s fourth Alabama location. They also recently opened a store in Athens, and have locations in Leeds on I-20 and Loxley on I-10.

Buc-ee’s plans to fill 175 full-time job positions at the Auburn location. Full-time wages start at $17 per hour, and benefits include dental, health and 401k. Employees also get three weeks of annual paid time off.

The chain sells homemade jerky, fudge and corn puffs known as Beaver Nuggets as well as beaver-themed souvenirs and clothes.

“We’re known for being clean, friendly and having products in stock, but it goes deeper than that,” Nadalo said. “We’re really proud to offer a family friendly environment with fantastic foods that’s freshly prepared in our stores.”

“Our main reason for reopening the restaurant is the ministry that goes on every morning here and also the community. It’s been in this commun…

Auburn police investigate pedestrian fatality on I-85, an arrest is anticipated

The Auburn Police Department is currently investigating a pedestrian fatality that apparently occurred on I-85.

Vickerstaffs, arrested in connection to the death of Amore Wiggins, extradited to Opelika

Lamar and Ruth Vickerstaff, who were both arrested in connection to the death of previously unidentified Opelika Jane Doe, have been extradite…

Why snail skin therapy is the new facial trend

Buc-ee’s under construction off Exit 50 in Auburn.