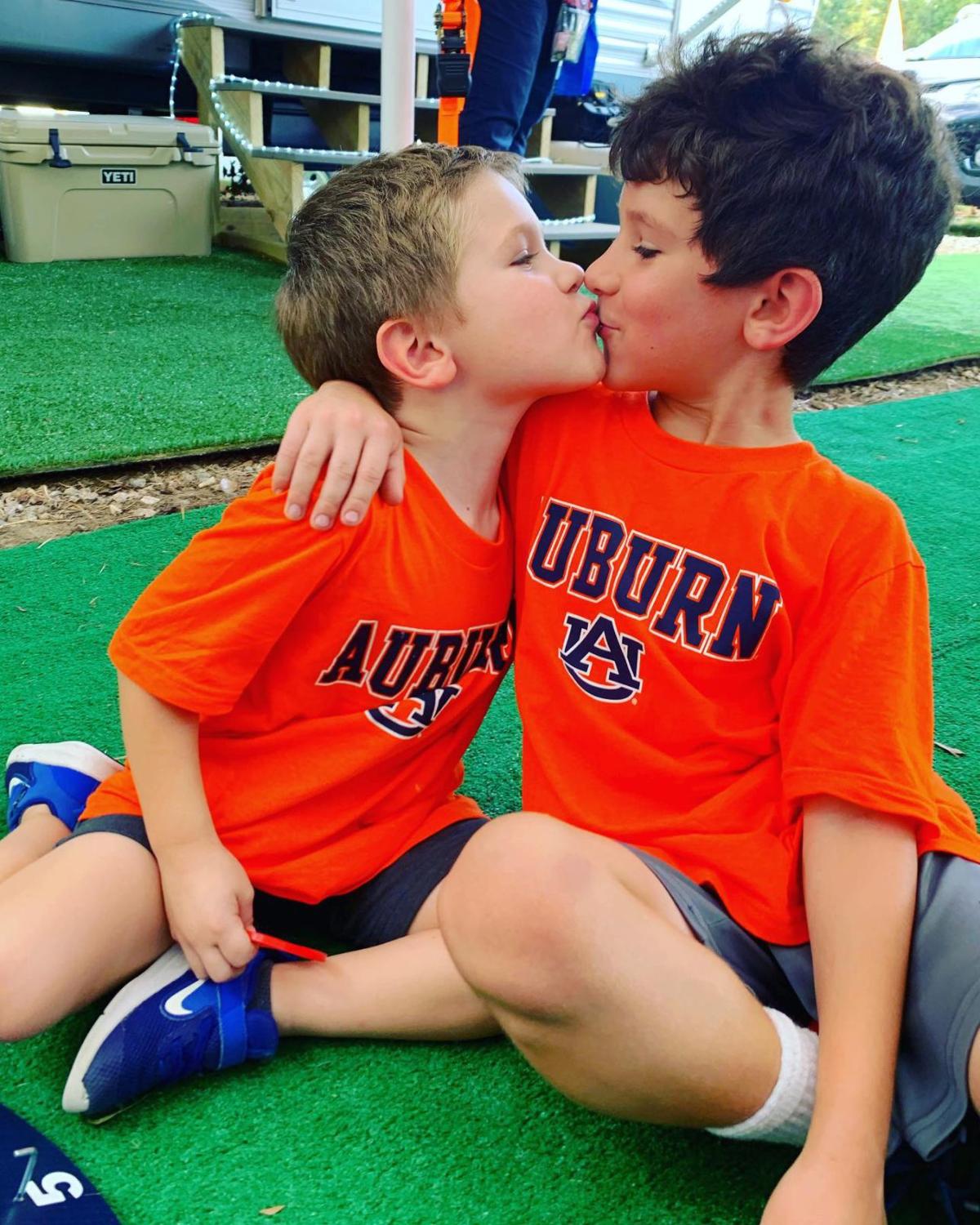 Camden Hanson and his brother Parker are best friends. Parker helps Camden cope and grow with the condition he's learning to overcome. 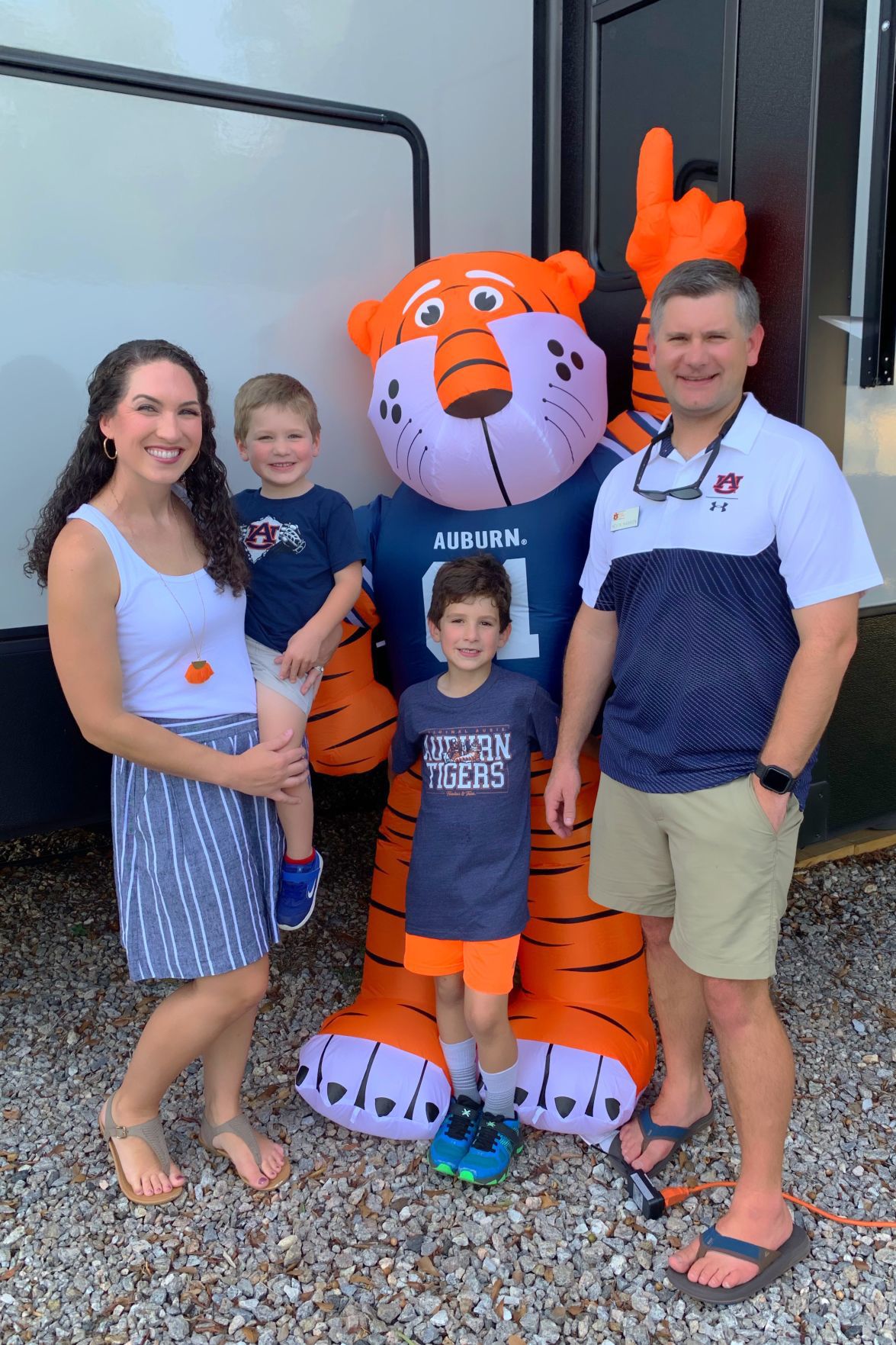 Camden Hanson has his family standing by his side.

Camden Hanson is a typical 5-year-old who wants to grow up to be a Power Ranger, loves McDonalds and video games; but he has some challenges that other children his age might not have.

When Camden was 11/2, his parents, Mandy and Kevin, noticed that he was having some trouble learning to walk.

“There was nothing strange about my pregnancy. He had met all of the milestones up to about a year, year and half and we noticed that when he started walking, he had a very strange or abnormal gait,” Mandy said.

Camden would struggle to keep his balance and tip over when trying to walk. After seeing a physical therapist and visiting numerous doctors, the parents were given an answer without a conclusion.

“That’s when we got the MRI, we saw the cerebellar atrophy,” Mandy said. “From there, the current neurologist that we spoke with … basically said, well, you know, let’s check back in a year, he doesn’t look like it’s genetic. I don’t know what it is, but I think he’s going to be fine.”

The parents weren’t content with an answer that didn’t have any help for their son.

They have spent the last three and a half years of Camden’s life searching for help and unfortunately — the cerebellar atrophy is progressive.

Camden wasn’t talking the typical amount for a child his age.

Over the last few years Camden has had his blood drawn more times than he can count and had numerous forms of genetic testing, but doctors don’t know what’s wrong.

“He’s now part of the undiagnosed disease network at Vanderbilt location,” Mandy said. “And basically they have more in-depth genetic testing, we do the full genome test, which is not typical. A lot of labs don’t have that. Of course, again, nothing returned.”

“… They said, eventually if they do find it, it’s so rare that it could be, he’s the only kid in the world with this. He’s going to be the one who writes the future of what the disease does, what it looks like.”

The Effect on the FamilyCamden is a younger brother. Parker, his older brother, is 7 years old.

The family of four lives in Woodstock, Georgia, but are avid Auburn fans. Mandy said they spend every weekend in Auburn during football season.

This unknown disease Camden suffers with affects each member of the family. Parker loves his little brother but will often ask questions that Mandy has a hard time answering.

“My oldest for the longest time kept saying ‘Mommy, why are you sad all the time, why do you cry constantly?,’ and there’s not much you can say to, at the time, a young child who doesn’t understand what’s going on and why you’re so upset.”

Parker will ask why Camden isn’t as mobile as the other children his age.

The family has tried to explain the condition to both their children, but it is difficult.

“We’ll say, ‘you know he has a boo-boo on his brain and it just makes a lot of things difficult for him, talking, walking, picking up a fork to eat,’” Mandy said. “Everything is so much harder than a typical kid. And of course, my oldest [will say] ‘Well my boo-boos heal, is it going to heal?’”

Parker is Camden’s biggest cheerleader, even if he doesn’t understand his little brother’s challenge, Mandy said.

“Honestly, probably, Camden could not have gotten this far without Parker,” she said. “Parker pushes him and he’ll say, ‘No Cam, we’re going to the bathroom, but hold my hand’, or scream down the hall, ‘Mommy, he’s walking, watch what Cam’s doing.’ Just encourages him constantly.”

Camden doesn’t fully understand his condition, as no 5-year-old would.

‘“I don’t think he fully understands, he know’s he’s different, but he’ll still say things like, when I run one day and I’m like ‘yeah, buddy, you’re going to run,’” Mandy said.

Camden may be only 5 and he may be used to his lifestyle, but that doesn’t mean it isn’t difficult on the little Auburn fan.

“He’s up to nine to ten therapies a week … it’s been his life since 18 months old,” Mandy said. “He just goes in, it’s normal. When other kids are at home playing, he’s at therapy.”

Although Camden has a silly personality and loves to make people laugh, Mandy said he’s a bit of a loner because of his situation.

He can’t keep up when his cousins come to play and run to the driveway to play basketball, and sometimes the frustration shows.

Making ProgressThe ray of hope — Camden is making progress, he is taking steps and he’s talking. He now sees a HIPAA therapist who is pushing him to improve and is dedicated to making sure Camden can walk on his own.

“Recently we started the HIPAA therapy which has made a huge difference,” Mandy said.

Part of helping Camden involves little things that happen in the home everyday, such as encouraging him to bend down to pick things up on his own.

“He is now overjoyed and thrilled that he has gotten to this point,” she said. “To the point where at home, he’ll just pick up his crutches and walk or he’ll just stand up in the living room and take a couple steps and then squat down again and grab something. He’s getting more confident.”

Their Story Goes Around the WorldRecently Mandy shared a video of Camden taking independent steps in their living room. The video went viral — reaching millions of people, which took the family of four by surprise.

“Next thing I know, my phone is blowing up and I’m like, ‘What in the world is happening,’”

Mandy said. “And it kept going off and off. And I’m looking at it like, wow, people are retweeting this thing and liking and commenting. Within 24 hours, I had news people from all over the world reaching out.”

Although the family has shown Camden some of the love from around the world, he doesn’t quite understand the fame.

Mandy is making a book with screenshots of comments that she and Kevin can show Camden one day.

“When he’s older, he’ll be able to understand it more and it’ll mean more, so I want him to have that.”

Camden Hanson and his brother Parker are best friends. Parker helps Camden cope and grow with the condition he's learning to overcome.

Camden Hanson has his family standing by his side.