COVID-19 hospitalizations continue to climb at EAMC; Mobile hospital has highest number of COVID-19 patients
0 Comments
Share this
{{featured_button_text}}
1 of 2 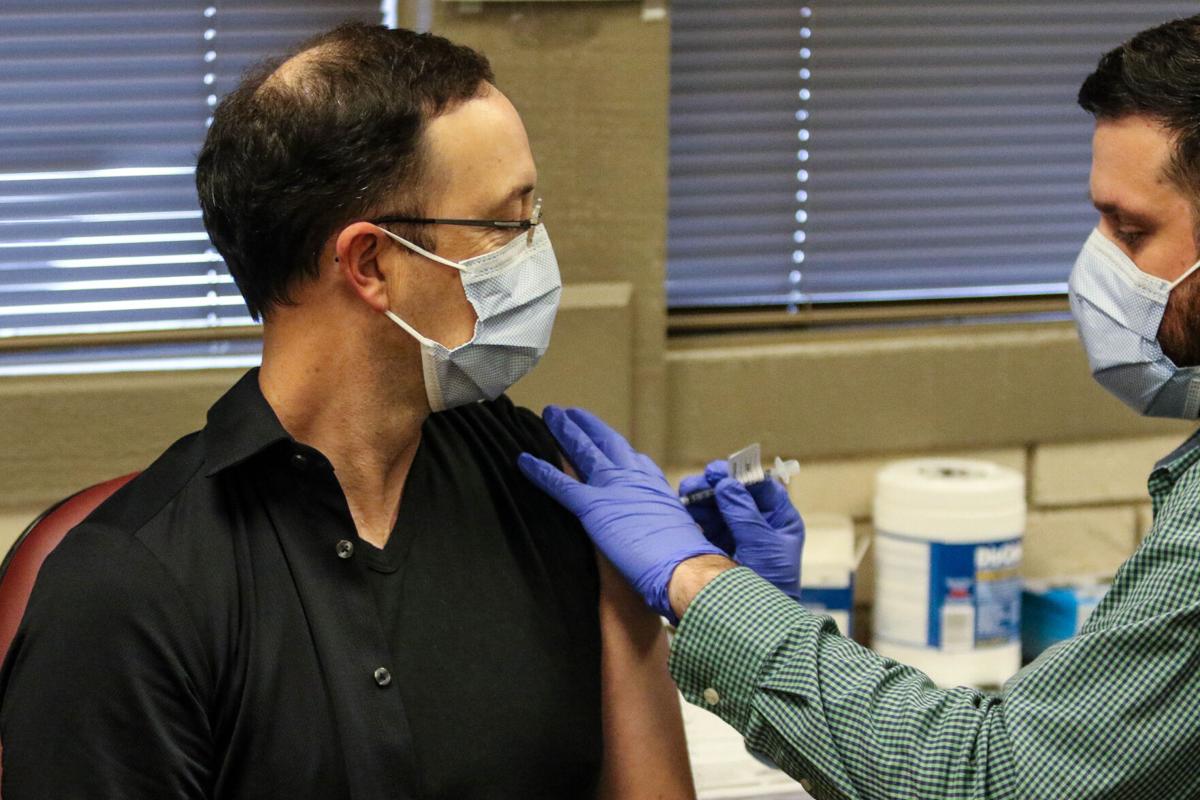 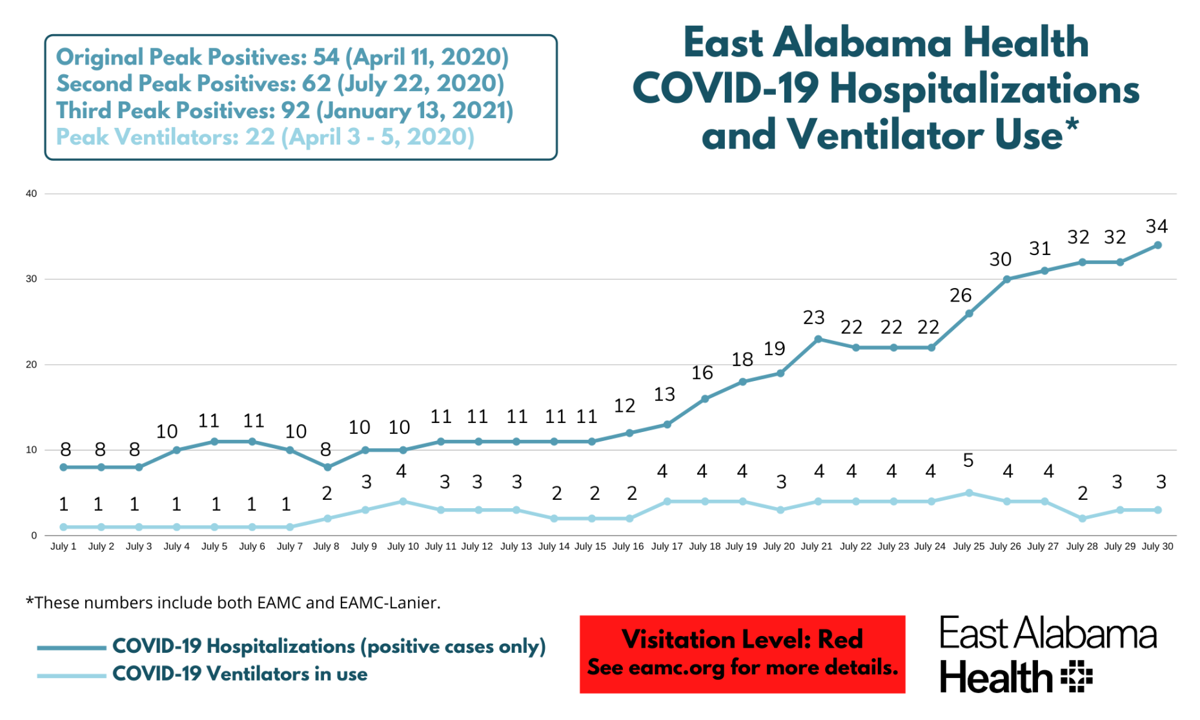 Hospitalizations of patients with confirmed positive cases of COVID-19 continue to climb at East Alabama Health, which includes East Alabama Medical Center in Opelika and EAMC-Lanier in Valley. According to numbers released by EAMC on Friday, the total number of hospitalizations has reached 34, up from 30 on Monday and more than four times the count at the start of the month, which was eight.

Three patients were on ventilators as of Friday, down from five on Monday.

As of Thursday, 1,263 patients with confirmed positive cases of COVID-19 were hospitalized in Alabama hospitals, compared to 544 on July 20, according to statistics provided by EAMC. Of these, 136 are on ventilators.

Of the five Alabama hospitals with the highest number of hospitalized COVID-19 patients, three were in Mobile: Mobile Infirmary Medical Center with 84 cases, Springhill with 61 cases and Thomas Hospital with 57 cases. The other two are UAB in Birmingham with 69 and Southeast Health in Dothan with 66.

Many are wondering how Alabama, including Lee County, quickly went from being “back to normal” to again seeing high rates of COVID-19 infections and hospitalizations.

In a video released by EAMC, the hospital’s current chief of staff, Dr. Michael Roberts offered answers to this and other questions about the virus.

“When a new variant of the virus enters the community and people don’t have immunity to that virus then cases can increase rapidly,” Roberts said in the video. “Particularly with this Delta variant, it’s more infectious than previous versions of the COVID-19 virus so it’s caused a great number of infections in a short period of time. That’s what we’re seeing now: rapid increase in the number of cases in our community and subsequently rapid increase of hospitalizations.”

On the subject of breakthrough cases in which vaccinated individuals test positive for COVID-19, Roberts said that the vaccine “is way better than what we could have dreamed but it’s still not 100%.”

“Some people who are completely vaccinated may develop COVID-19,” he said. “Now what we’ve seen in general is that those patients don’t get as sick and don’t go to the hospital. But even at 95% effectiveness, 95% is not 100% and some people who get vaccinated are going to get sick. Some of those people are people with compromised immune systems or people whose immune systems are not able to create an adequate response to a vaccination…”

He continued to encourage vaccinations. “Our current recommendation is for vaccinations for anybody over the age of 12,” he said in the video. “If you have specific questions about your own risk… I would encourage you to talk to your doctor about it.”

COVID testing – The call center staff can schedule free testing for people who currently have COVID symptoms, but does not provide PCR testing for travel clearance.

COVID infusions – Those who test positive and qualify for an infusion of monoclonal antibodies, can schedule that infusion appointment. COVID home test results are not accepted for the scheduling of an infusion.

Vaccine locations – All COVID-19 vaccines are free, regardless of vaccine location. The call center can direct callers to the location nearest to them.

Note: Those in need of immediate medical attention related to their COVID symptoms should visit their nearest emergency department or call 9-1-1.

Topgolf not coming to Auburn-Opelika area, despite discussions and talk

Since the project development began on The Landings on Opelika exit 58, many have wondered if a Topgolf venue was being constructed at the site.

Don't want to cook or clean up? These restaurants in the Auburn-Opelika area are open on Thanksgiving Day

From Indian food to Cracker Barrel, here are just a few of the places you can grab dinner - or even breakfast - on Thanksgiving Day.

'You should do that again': Opelika woman made a cake, people loved it, so she started a business

As a child, Ariel Ryberg insisted she was going to be a candy maker when she grew up. And just two years ago, 30-year-old Ryberg found a way t…

When a woman cried for help in Opelika, these three men came running to save her granddaughter's life

Three good Samaritans were recognized at the Opelika City Council meeting on Tuesday for an act of bravery that took place nearly four years ago.

Stop by if you're hungry: Harvest Evangelism to feed 2,500 people in Auburn on Thanksgiving

Harvest Evangelism will be providing its annual Thanksgiving meal on Thursday for anyone who is hungry.