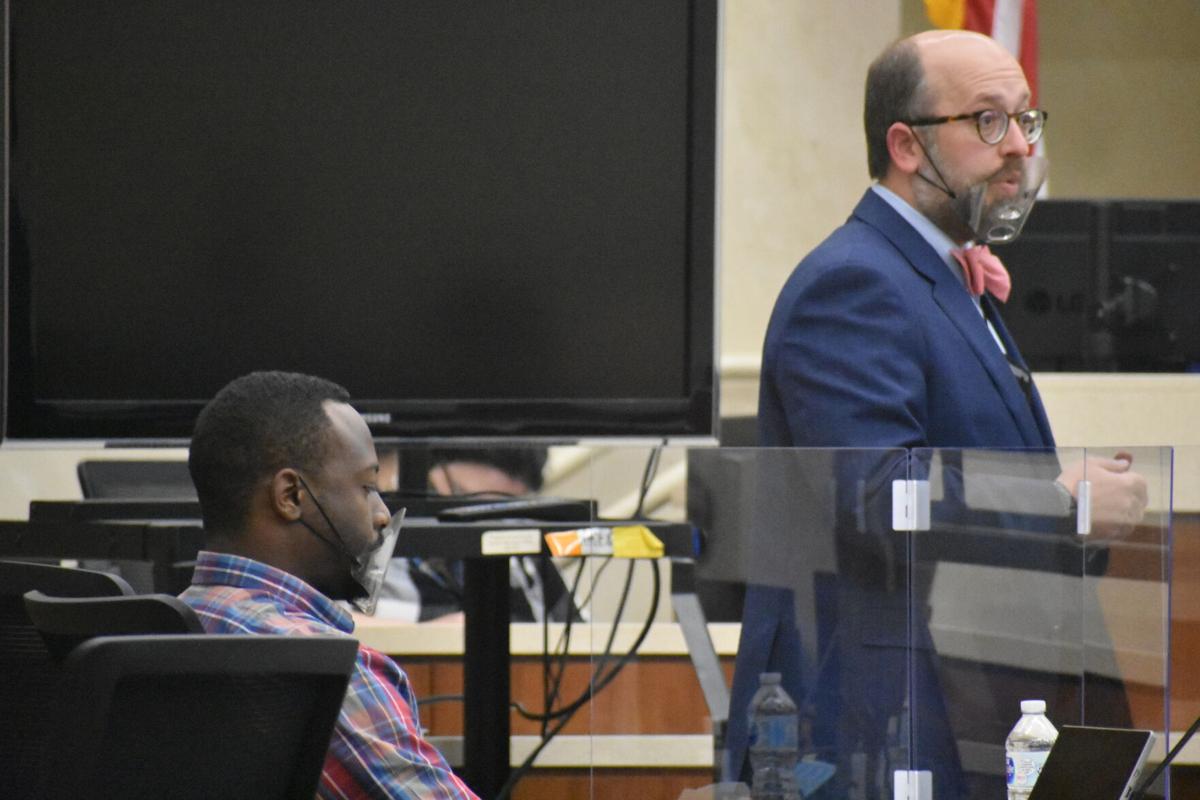 Marquerious Canada (left) sits in a courtroom while on trial as his attorney, Andrew Stanley (right), begins his opening statements Wednesday. 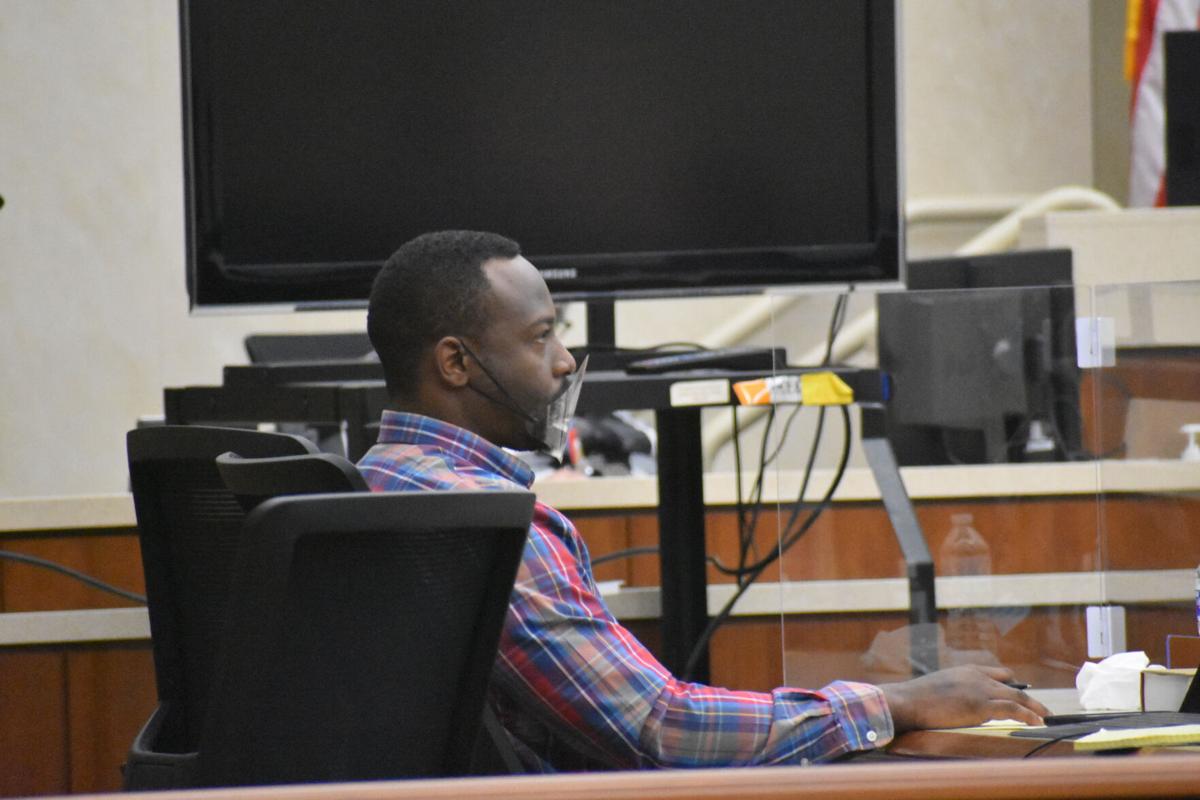 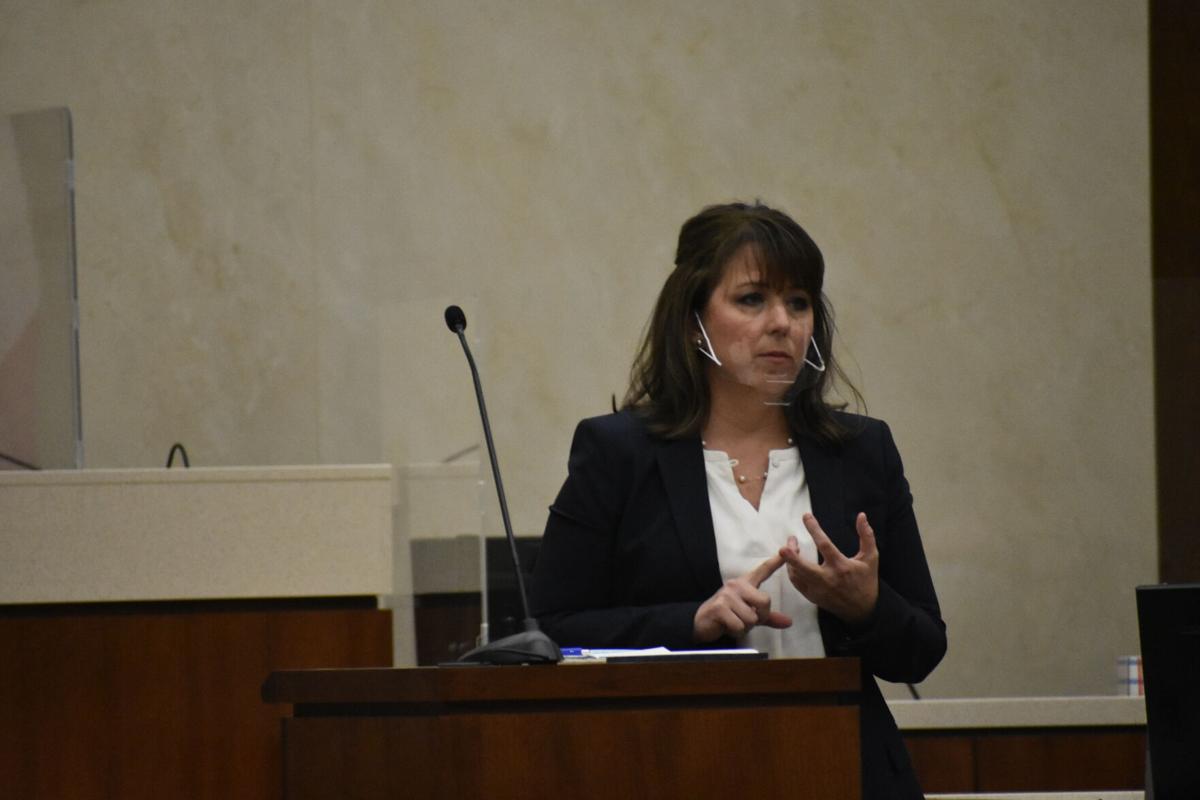 An Auburn man is on trial for murder after prosecutors say he took part in shooting a victim “again and again and again” until he was dead in an Opelika trailer park in 2018.

Marquerious Canada, 30, is on trial for murder intentional after Antonio Drisker, 36, was shot to death in the Windsor Mobile Home Park in Opelika outside of a friend’s home in July 2018. Two other men are also charged with murder in connection to the shooting.

Berardi said Drisker, after being shot, ran to his friends’ home in the trailer park before collapsing dead on their kitchen floor, after which the three defendants jumped into their friend’s car and drove away.

“The defendant is charged with murder,” Berardi said. “I believe at the end of the case, once you’ve heard all of the evidence and testimony, that you’ll come to only one conclusion, and that is that Marquerious Canada is guilty as charged. He did it.”

Canada’s defense attorney Andrew Stanley told the jury the presumption of innocence was also evidence in the case and that his client was innocent.

“Ladies and gentlemen, I think, at the end of the day once you hear all of the evidence, that you will clearly understand that [Canada] didn’t have anything to do with this murder at all,” Stanley said. “At the end of the day when all is said and done, I believe you’ll find him not guilty.”

Opelika's new fire chief reflects on calling: You can't 'lose your wits about you when everybody else has already lost theirs'

Shane Boyd, Opelika’s new fire chief, still misses the times he was able to fight fires and bust down doors to help people get through the wor…

Marquerious Canada (left) sits in a courtroom while on trial as his attorney, Andrew Stanley (right), begins his opening statements Wednesday.