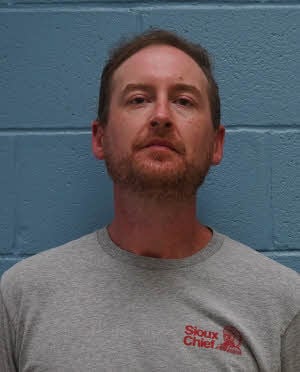 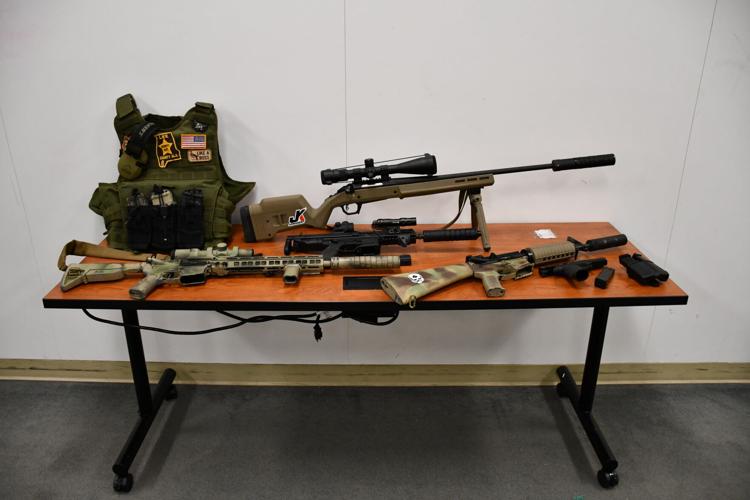 The suspect was identified as Justin Gregory Johnson, 36.

On Sept. 15, the Lee County Sheriff’s Office said it received a report from a female victim about the impersonation and threats made against her.

Investigators said the woman stated that she was communicating with a man who was pretending to be a law enforcement officer. She told investigators that this man said “he was going to put a bullet in her brain if she told anyone about it,” according to the LCSO report.

Investigators obtained a video clip of the suspect when he was making the threat and said he showed the victim a tactical vest with a plate carrier and a Lee County Sheriff’s Office patch attached.

Social media posts also showed Johnson wearing the vest and shooting a semi-automatic rifle that had some type of suppression device attached to the barrel, the release said.

After Johnson was identified as the suspect, a search warrant was executed at his residence in the 10,000 block of U.S. Highway 280 West in Auburn.

During the search, investigators said they recovered the tactical vest with the Lee County Sheriff’s patch, several semi-automatic rifles equipped with suppression devices and a cell phone used by Johnson.

Johnson was arrested and charged with one count of terroristic threats and one count of impersonating a police officer. He is being held in the Lee County jail on a $103,000.00 bond, according to the release.

During the arraignment hearing, a judge will read the charges against the Yazeed, make sure he understands the charges, confirm he has an attorney and inform him of important trial rights.

Ibraheem Yazeed, the man accused of kidnapping and killing Aniah Blanchard in 2019, has been indicted on three counts of capital murder.

Opelika Police in search of suspects connected to SportsPlex thefts

The Opelika Police Department is in search of two suspects wanted in connection to multiple vehicle break-ins and credit card fraud.

Can you help police identify two suspects connected to a vehicle break-in at the Opelika Sportsplex?

Opelika police are investigating an unlawful breaking and entering of a vehicle and theft of property, second degree and are seeking the publi…

An Opelika man has been sentenced to life in prison plus 20 years by a Lee County court.

Opelika man arrested and charged with financial exploitation of the elderly

Auburn police arrested Coleman Timothy Chance, 54, of Opelika, on a felony warrant charging him with financial exploitation of the elderly fir…

COVID-19 lockdown protesters in China call for president to resign