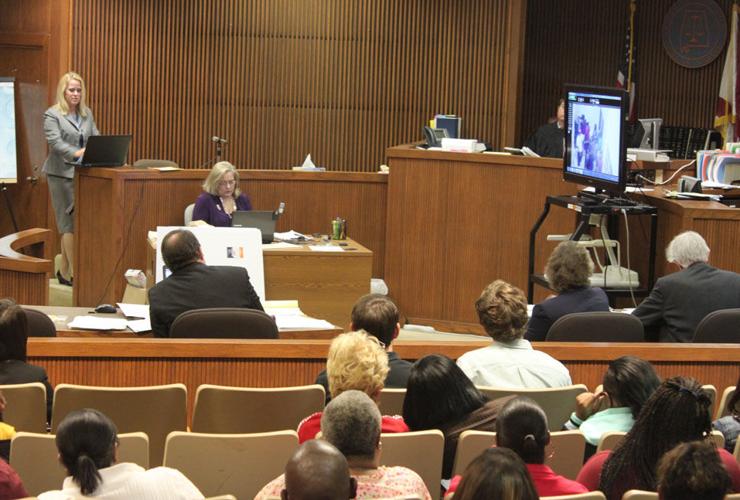 Lee County Justice Center is planning on returning to the normal two week trial term by January. Because of the pandemic, trial terms were shortened to one week. 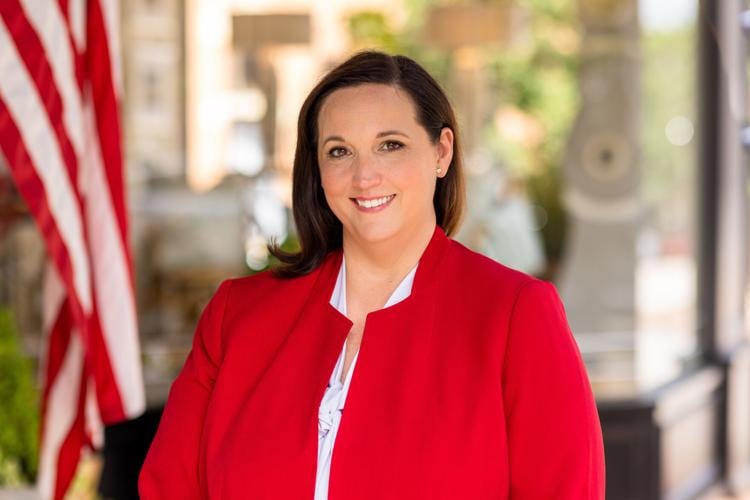 In Lee County, the pandemic has shortened trial terms to one week per month and has turned jury selection into a two-day process, but officials and staff believe the court process will be back to normal by January.

Patricia Campbell, a Lee County Court Administrator, said the Lee County court system has been able to stay consistent since opening back up after the COVID shutdown. They’ve just doubled their amount of work.

“We all believed that the system needs to be open and that was our goal,” Campbell said. “We wanted to be open and serve our community, but do so within the guidelines from the CDC, local health departments and infectious disease experts.”

Two weeks ago, some of the social distancing regulations were relaxed and now only unvaccinated people are required to wear a mask.

Because of the COVID-19, trial terms were shortened from two weeks to one week, which has been the case in November.

“The jury pool varies,” District Attorney Jessica Ventierre said. “During the height of COVID our numbers were much smaller, but now with the vaccine and people becoming more comfortable, our numbers feel more normal.”

Since the Lee County Justice Center was allowed to resume trials during the pandemic, it has staggered jury selection into a two-day process, which Ventiere and Campbell are hoping will be brought back to a one-day process in January.

“We’re making it our goal to go back to selecting on the same day so we aren’t wasting an entire day,” Ventiere said.

Jury selection brings the largest amount of people into the building, and entiere said that before COVID about 110 people would be brought into one room.

Since the pandemic, the courtroom can only accommodate 40 people while maintaining social distancing of six feet.

“Going to one-week terms, we almost doubled the amount of jurors that we summoned for jury,” Campbell said.

The fiscal year for 2021 ended on Sept. 30, and Campbell said Lee County completed 18 jury terms and had 35 jury trials.

According to Campbell’s records, in 2020 Lee County had 25 jury trials and summoned 4,515 jurors.

Campbell said in 2020 there was a period between February and September when the Supreme Court ordered a shutdown mandate, and Lee County had to cancel seven out of 18 trial term weeks that were planned that year.

“A lot of other courts shut down and stayed shut down,” Campbell said. “We opened back up with caution the day after the Supreme Court told us we could and followed the advice from East Alabama Medical Center.”

“We did stop our jury trials for that specific amount of time that was set in those administrative orders,” Ventiere said, “but during that time, our judges and court administrative clerks worked hard to try to prepare for what court was going to be like when the shutdown was lifted.”

Campbell helped create an online jury check-in that was up and running by the time trials resumed in September of 2020.

Ventiere said the online system is a “time saver” and will continue to be used from now on.

“As soon as that mandated shutdown was removed we tried everything we could to keep the court system moving,” Ventiere said. “We changed the way we did grand jury, the way we’ve done trials and where we see the juries. All of that was done in an effort to keep the cases moving, and I think that we collectively did a good job.”

Since the mandate was lifted, the courts relied on the Department of Public Health and its color-coded dashboard.

“If the county was orange or red, then we would cancel the term. If we were yellow or better, than we would go forward,” Ventiere said.

When conditions were considered safe for trials to be held, many safety guidelines were established, including social distancing, mask requirements, assigned seats and breaks for the courtroom to be sanitized.

“We really utilized every inch of the building trying to make sure that we maintain that separation,” Ventiere said.

“We’ve had jurors mention how when they got here, they felt more comfortable because they saw the precautions and the steps that we were putting into place to make sure that they were as well protected as they could be.”

While COVID has forced many cases to be pushed back to later dates, Campbell said they never stopped working on the cases.

“Judges are only carrying maybe 20 to 50 more cases in their pending caseloads than they do normally,” Campbell said.

Ventiere said the timeframe for some cases can take years even before the pandemic became an issue.

“It depends on how complex the case is,” Ventiere said. “It’s a lot like a puzzle trying to figure out what piece is going to fit where with what kind of timeframe we have.”

Saturday morning around 5 a.m., Auburn police heard a loud noise downtown and found that an intoxicated driver had struck a downtown building,…

Two 19-year-old victims were transported to East Alabama Medical Center on Saturday with non-life threatening gunshot wounds, according to a r…

Early Sunday morning, the Auburn Police Department received a call that gunshots were heard in downtown Auburn, near SkyBar.

Auburn police are investigating a fatal shooting early Monday morning and are searching for an Opelika man in connection to the shooting.

Hurricane Ian makes landfall in Cuba as it approaches Florida

Hurricane Ian makes landfall in Cuba as it approaches Florida

Lee County Justice Center is planning on returning to the normal two week trial term by January. Because of the pandemic, trial terms were shortened to one week.