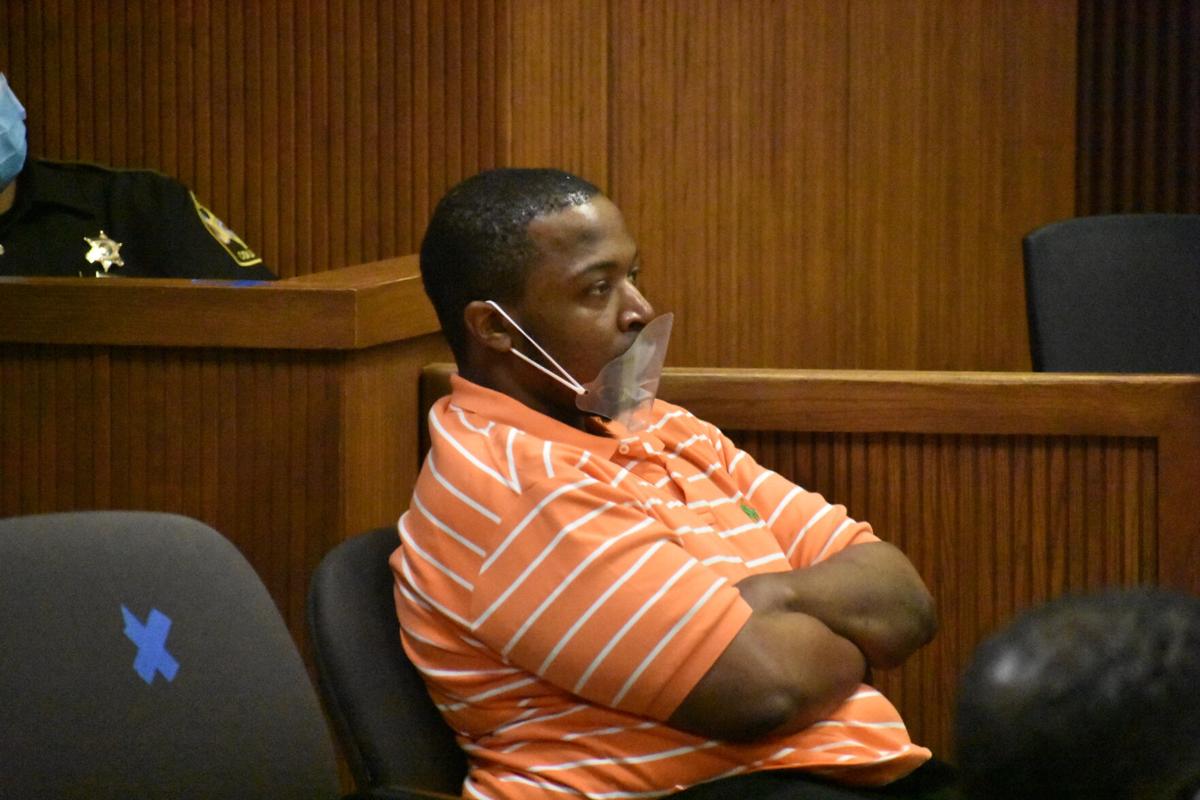 Fredricus Johnson sits in a Lee County courtroom during his trial on Tuesday in Opelika, Ala. 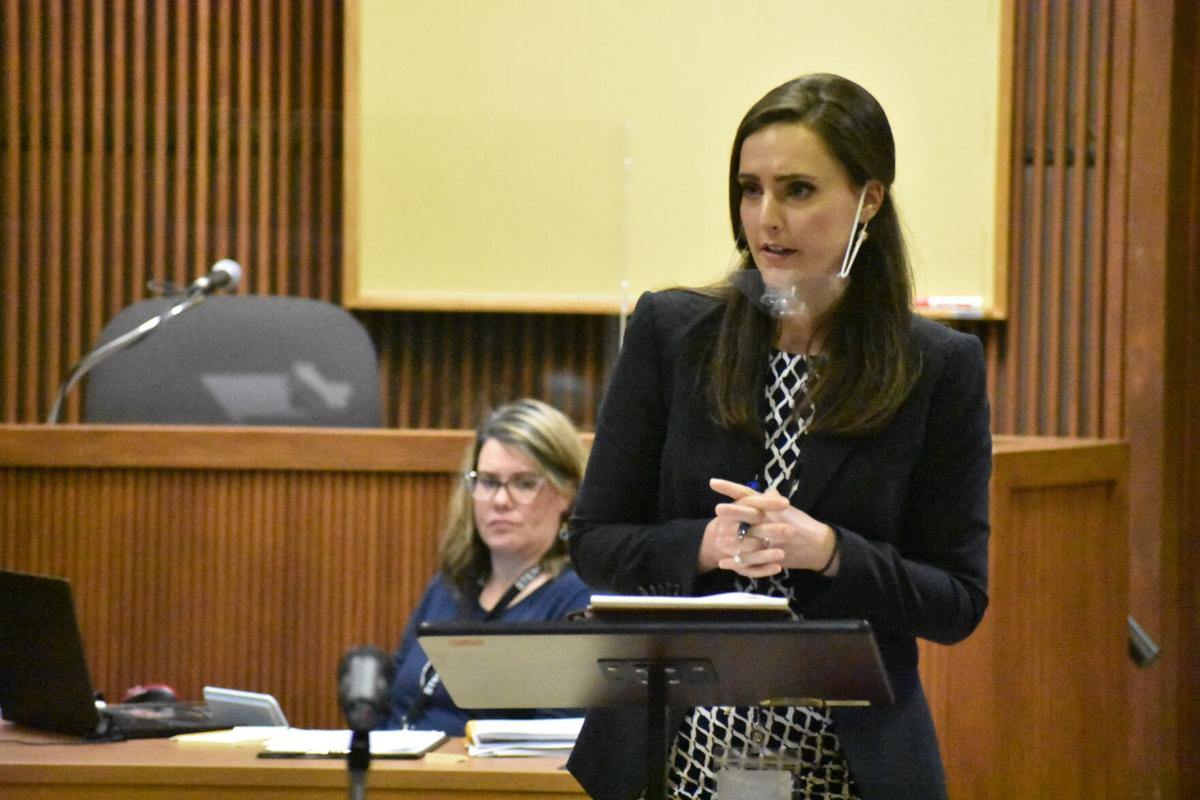 Lee County Assistant District Attorney Madison Grantham gives her opening statements in the trial of Fredricus Johnson on Tuesday in Opelika, Ala. 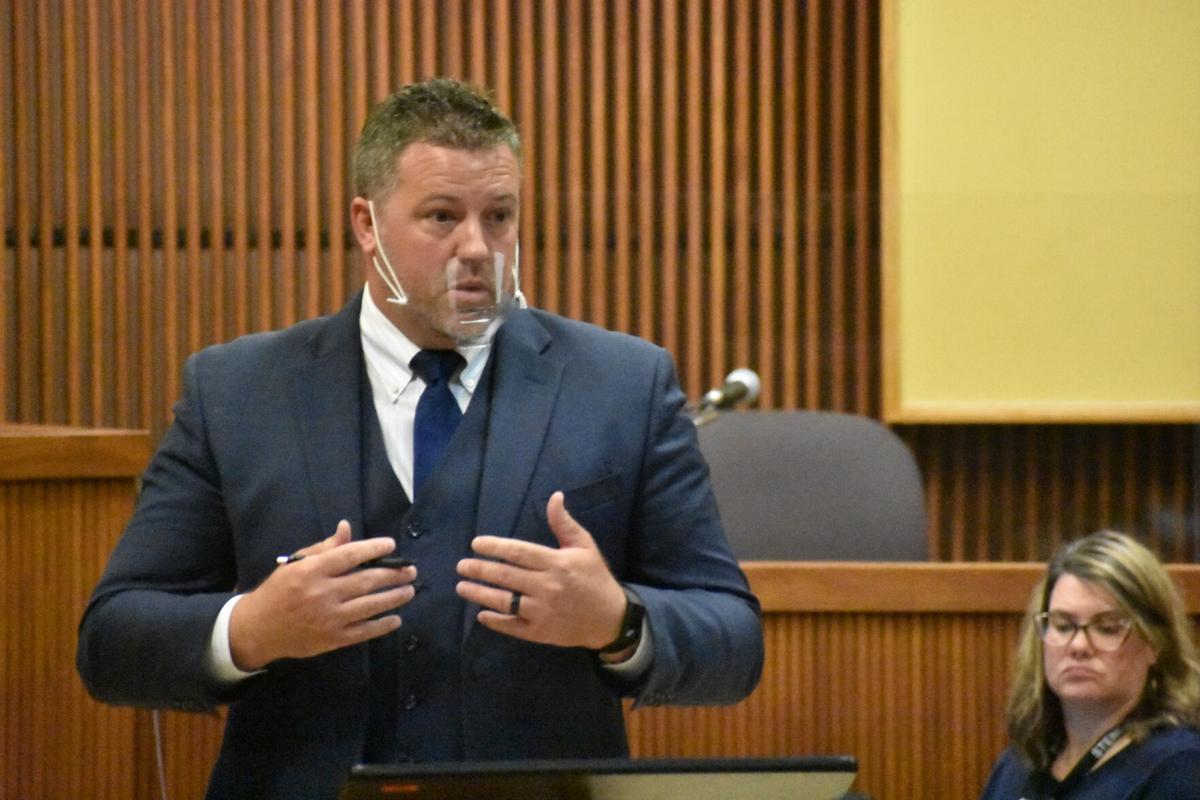 Defense Attorney Andrew Maddox gives his opening statements in the trial of Fredricus Johnson on Tuesday in Opelika, Ala.

Fredricus Rydell Johnson, 27, was arrested by officers with the Auburn Police Division and charged with aggravated child abuse in January 2019.

During opening statements, Lee County Assistant District Attorney Madison Grantham told the jury evidence would show the defendant said, “[The victim’s] crying is getting worse. I can’t stand too much more of that,” days before the 2-year-old daughter of Johnson’s then-girlfriend was taken to Piedmont Columbus Regional Hospital in critical condition.

“That’s what the evidence will show the defendant said mere days before [the victim] showed up at the Piedmont Medical Center in the early morning hours of Jan. 25, 2019, badly beaten, bruised, bitten and burned,” Grantham said. “This defendant had the motive to cruelly beat, torture and abuse [the victim] because she was crying and because it was getting on his nerves.”

Grantham said the victim’s mother, Crystal Blanding, initially told police while at Piedmont Hospital with Johnson that she had dropped her daughter off with a friend the day prior and then, when she got her daughter back, she took her to the hospital.

Grantham said Blanding later went to the police again and gave them a revised statement because she couldn’t tell the truth in front of Johnson.

Grantham said the mother told police that she had left her daughter in the care of Johnson while she went to get diapers from Walmart and let a friend’s dog outside for about 45 minutes. After she came back, Grantham said Blanding noticed that something wasn’t right with her child because she was sleeping for a long time, wasn’t eating or drinking and had injuries on her body.

“She got her to the hospital, got her treated, and as soon as she was away from this defendant she told the truth and submitted herself fully to law enforcement for the investigation,” Grantham said.

Defense Attorney Andrew Maddox told the jury that the evidence was circumstantial and that the state couldn’t prove beyond a reasonable doubt that Johnson was responsible for the abuse inflicted on the victim.

Fredricus Johnson sits in a Lee County courtroom during his trial on Tuesday in Opelika, Ala.

Lee County Assistant District Attorney Madison Grantham gives her opening statements in the trial of Fredricus Johnson on Tuesday in Opelika, Ala.

Defense Attorney Andrew Maddox gives his opening statements in the trial of Fredricus Johnson on Tuesday in Opelika, Ala.