‘We haven’t forgotten’: After 20 years, Opelika family still looks for answers in unsolved homicide
0 Comments
Share this
{{featured_button_text}}
1 of 4 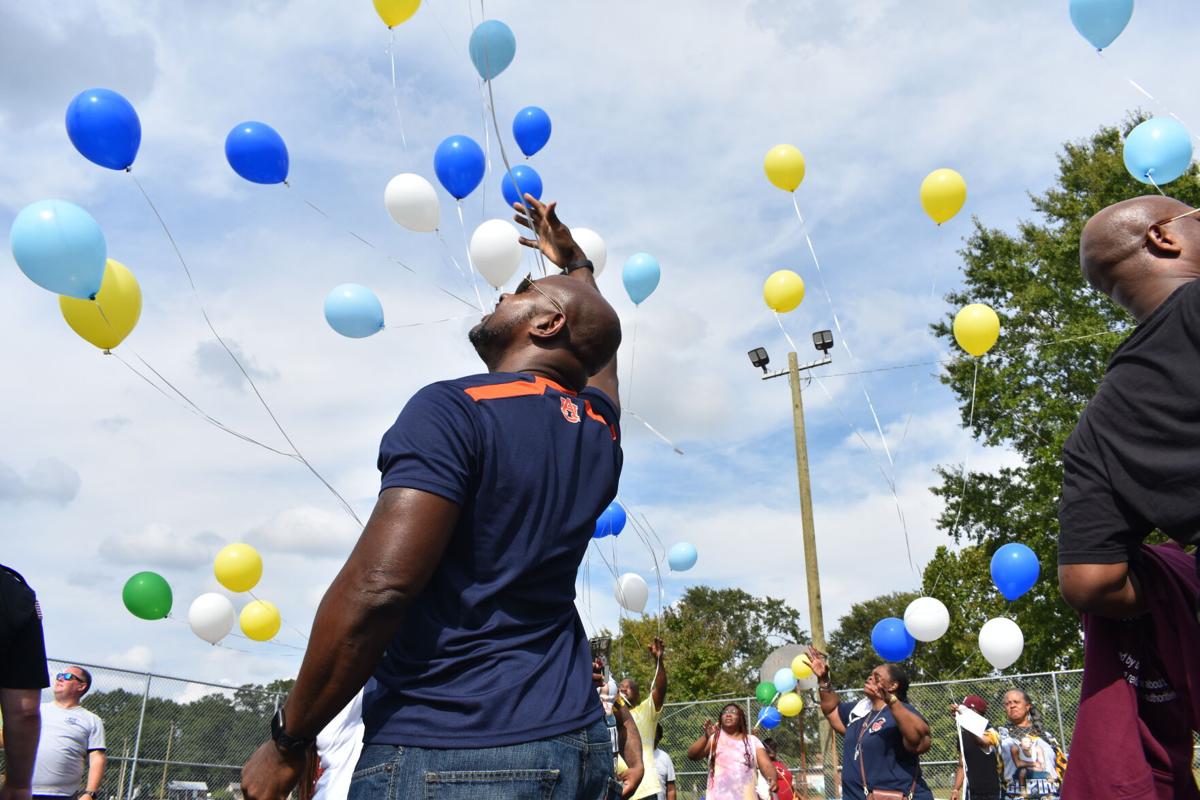 Community members release their balloons in memory of Tramaris Bryant, Tyrone Brooks and Andrew Bryant on Saturday in Opelika, Ala. 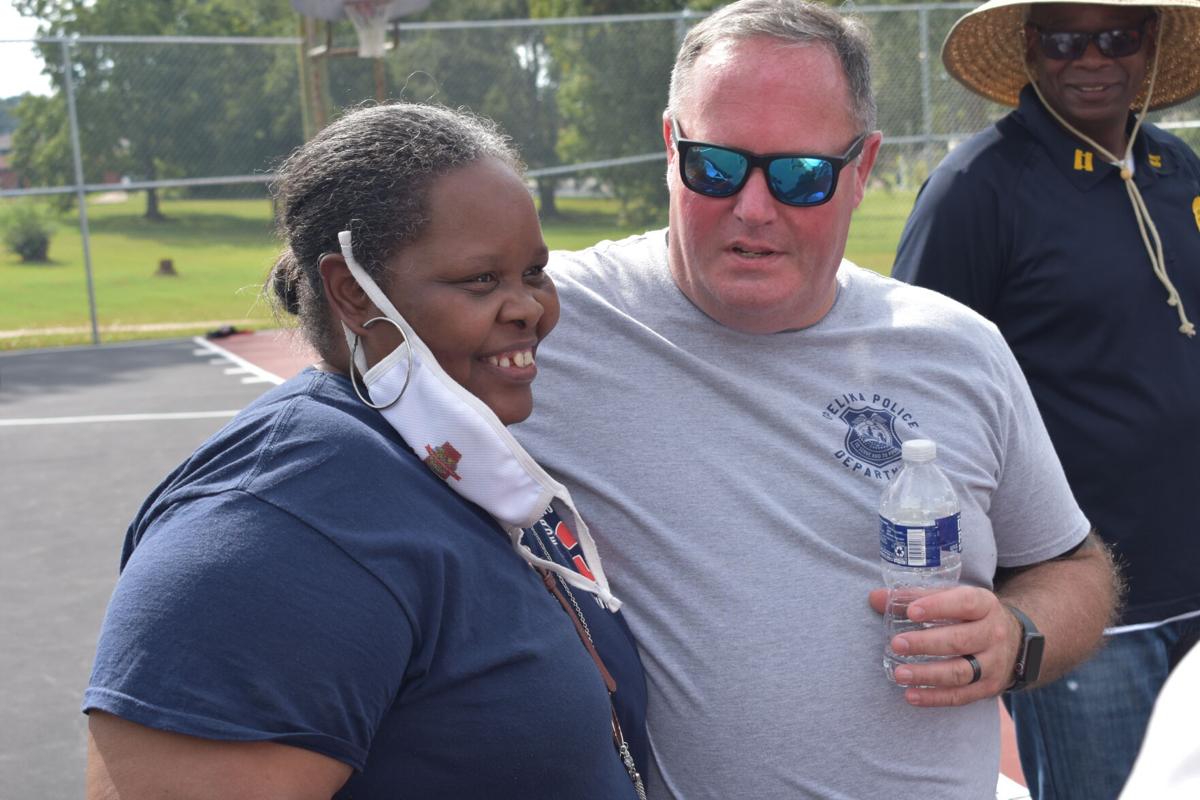 Connye Brooks-Smith, left, stands with Opelika Police Chief Shane Healey at a balloon release in memory of Tramaris Bryant, Tyrone Brooks and Andrew Bryant on Saturday in Opelika, Ala. 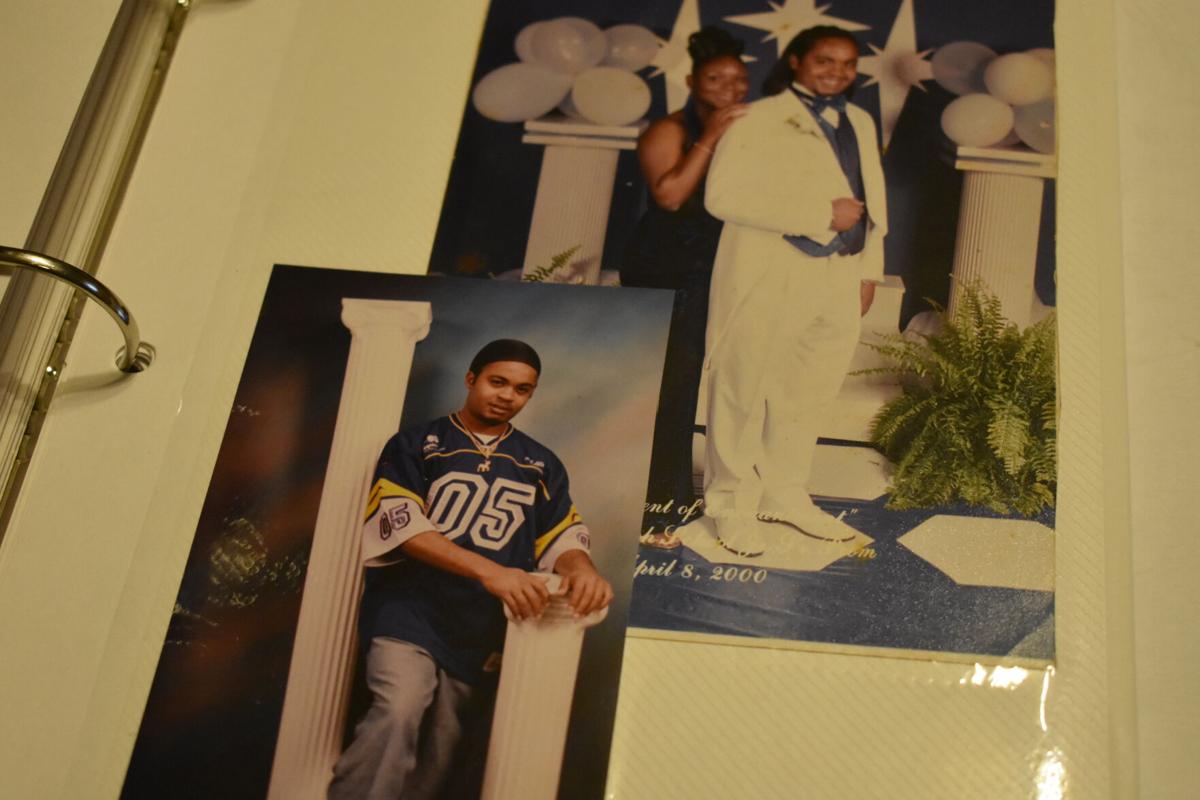 Photos of Tramaris Bryant are shown in a photo album. 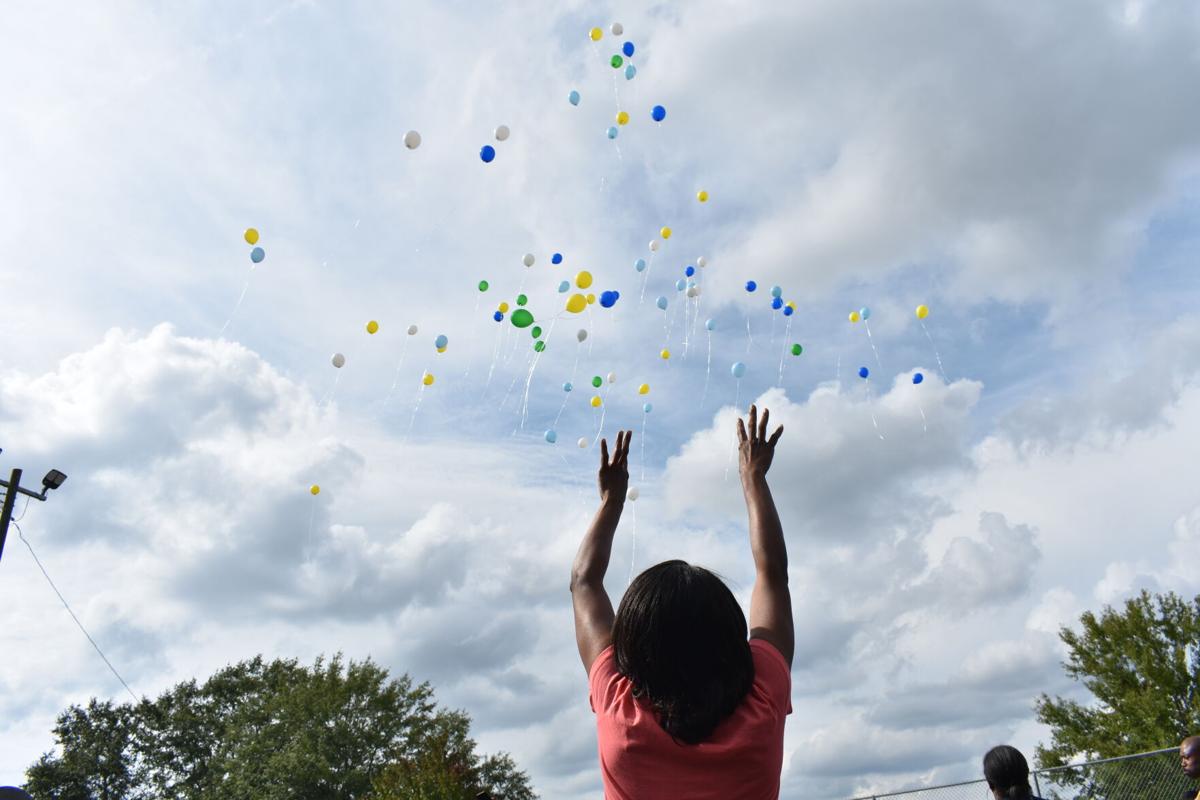 A woman watches balloons float away at a balloon release in memory of Tramaris Bryant, Tyrone Brooks and Andrew Bryant on Saturday in Opelika, Ala.

Sept. 28, 2001, is a day Connye Brooks-Smith will never forget. It was the day she found out that her younger cousin, Tramaris “Stank” Bryant, was murdered in a double homicide after someone shot him and his friend, Tyrone “Winchie” Brooks, to death in Tramaris’ mobile home in Opelika.

In life, Brooks-Smith said Tramaris was a handsome young man who always brought laughter to those around him, and to Brooks-Smith, the oldest cousin of the family who would often babysit Tramaris when he was a boy, he was like her baby.

“With his smile and his charisma, people just took to him,” Brooks-Smith said. “It was a great loss.”

In the 20 years following the deaths of Tramaris and Brooks, Tramaris’ youngest brother Andrew “Drew” Bryant was also shot and killed in an unsolved homicide in 2005. The middle son of the family, Octavious Bryant, was convicted of attempted murder after Brooks-Smith said he tried to kill the person he thought killed his older brother. Tramaris’ mother, Mattie Ambus, died in May 2020 of organ failure without ever knowing who killed two of her sons, Brooks-Smith said.

On Saturday, Brooks-Smith gathered community members and law enforcement officials once again to remember the lives and deaths of Tramaris, Brooks and Andrew with a balloon release at the basketball courts of the Covington Recreation Center.

“Their murders have been unsolved for 20 years,” Brooks-Smith said. “We’re doing a balloon release to let them know we haven’t forgotten.”

After all of the hardship to befall the Bryant family, the case of who killed Tramaris has never been solved.

“Death is devastating, but to lose him at such a young age is hard, and it would be hard for any family,” Brooks-Smith said. “It’s harder when it’s murder.”

Opelika Police Chief Shane Healey, who was a detective on the case of the double homicide 20 years ago, said that while the case was cold, it has never been closed, just like every other unsolved homicide in the city.

“If we have an unsolved homicide, that case is never closed—it’s always open with us,” Healey said. “Our detectives continually review those cases … and a new detective can get a fresh set of eyes and start reading through the case file.”

A stumbling block in the case of Tramaris’ death, however, has been a lack of cooperation from people who might know details of the murder in coming forward to the police, Healey said.

“For many years we’ve been at an impasse, and we need the community’s help,” Healey said. “We need their help to finally give this family some justice.”

For Healey, who has been familiar with the case since it first began, he said he can’t help but feel a kind of professional failure in not being able to solve it after all of these years.

“You want to solve all of them, and when you don’t solve one, no matter how successful you may be in others, you still feel like a failure because there’s somebody’s family out there that doesn’t have an answer, that doesn’t have justice,” Healey said. “More so than justice being served, it’s the unanswered questions. The family deserves to know what really happened.”

The effects of the unsolved murder can be seen and felt by the family Tramaris left behind to this day.

Brooks-Smith’s mother and Tramaris’ aunt baked a cake with Tramaris’ face on it for his birthday the year after he was murdered, and she keeps it in her freezer wrapped in cellophane without allowing anyone to cut into it. While she said it hurts to remember and talk about his death, she has several photo books filled with pictures of the Bryant brothers that she still sometimes lays out on her coffee table to look at and reminisce about the young man he was.

Brooks-Smith, meanwhile, has spearheaded the family’s efforts at getting answers, communicating with police every year and never allowing the Bryants to be forgotten.

“I continue over the years because I feel like, if the tables were turned, [Tramaris] would be doing the same thing for me,” Brooks-Smith said. “I don’t want people to forget, or even feel as if he doesn’t have a family that loves him and is pushing for him. … As long as I have breath in my body, I’ll never stop.”

Community members release their balloons in memory of Tramaris Bryant, Tyrone Brooks and Andrew Bryant on Saturday in Opelika, Ala.

Connye Brooks-Smith, left, stands with Opelika Police Chief Shane Healey at a balloon release in memory of Tramaris Bryant, Tyrone Brooks and Andrew Bryant on Saturday in Opelika, Ala.

Photos of Tramaris Bryant are shown in a photo album.

A woman watches balloons float away at a balloon release in memory of Tramaris Bryant, Tyrone Brooks and Andrew Bryant on Saturday in Opelika, Ala.