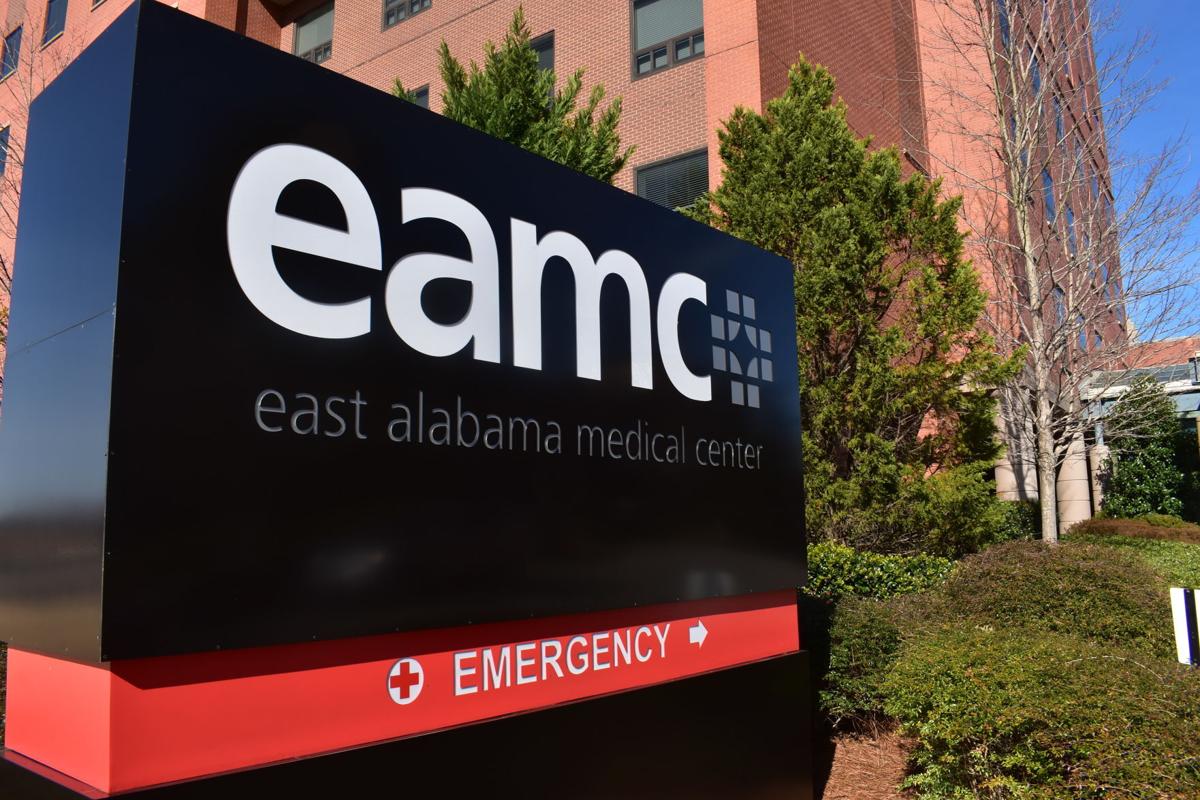 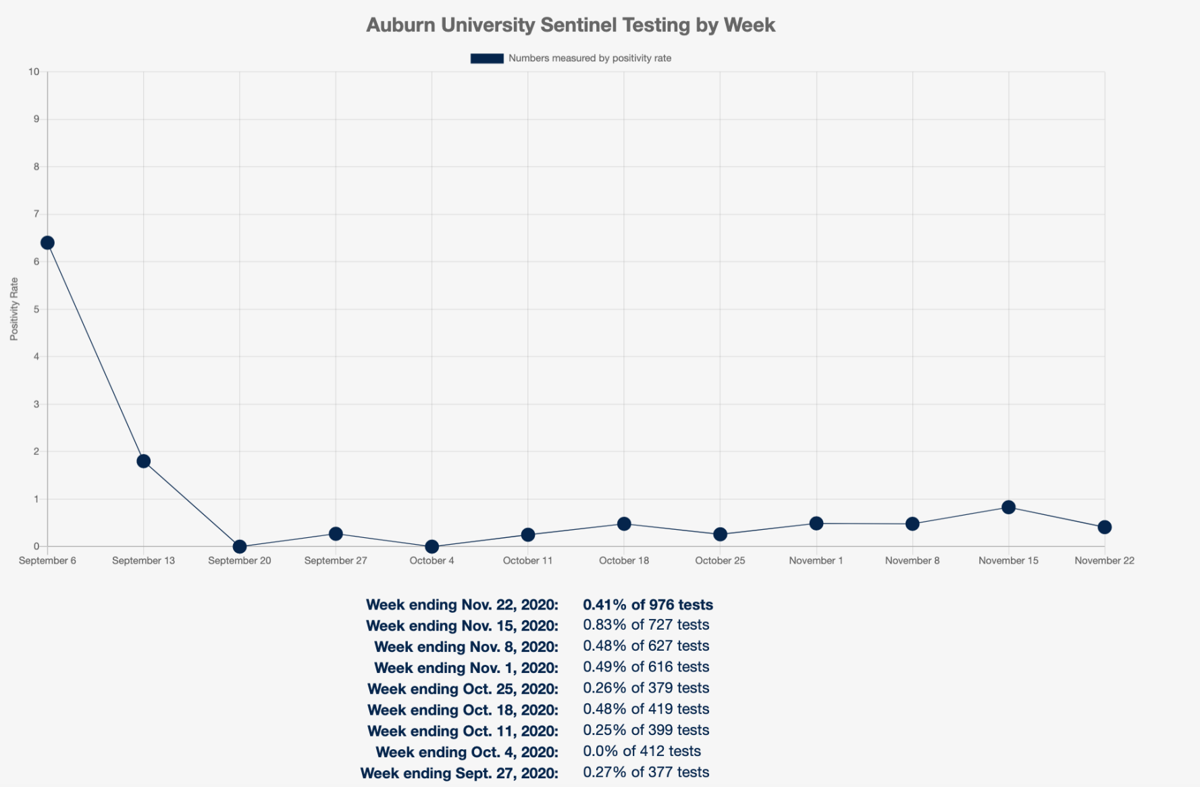 Auburn University released this graphic Tuesday showing the total percentage of those who tested positive through its sentinel testing program. 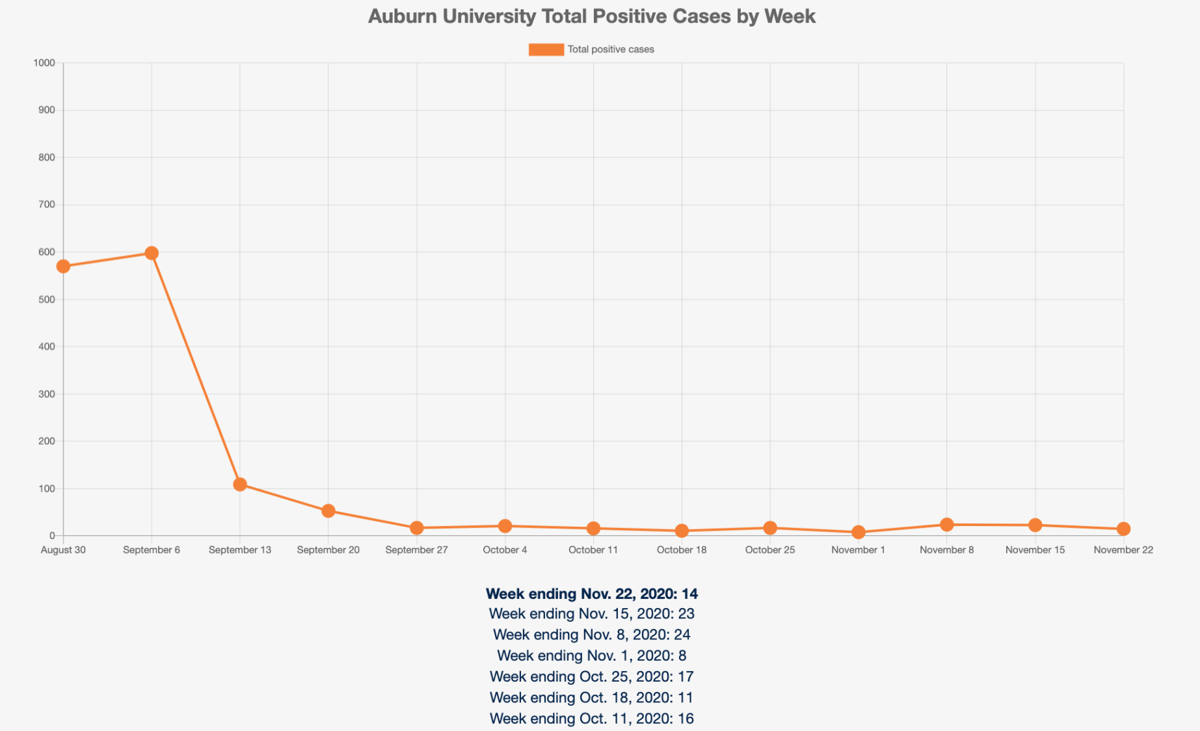 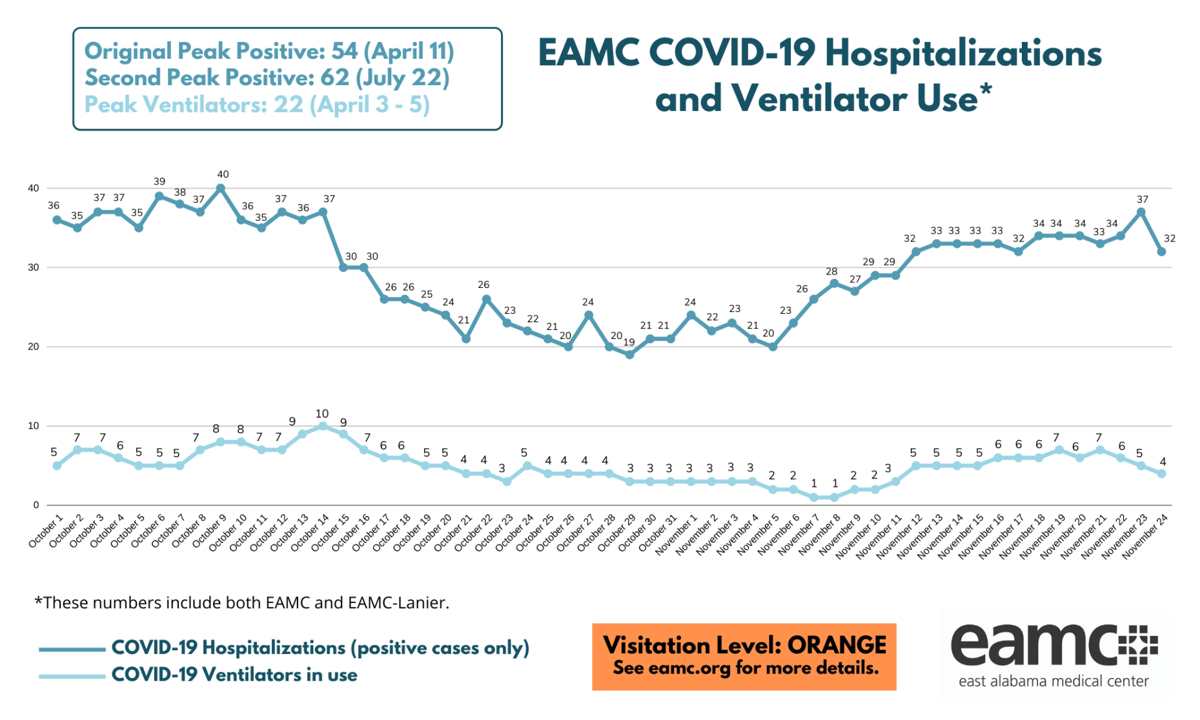 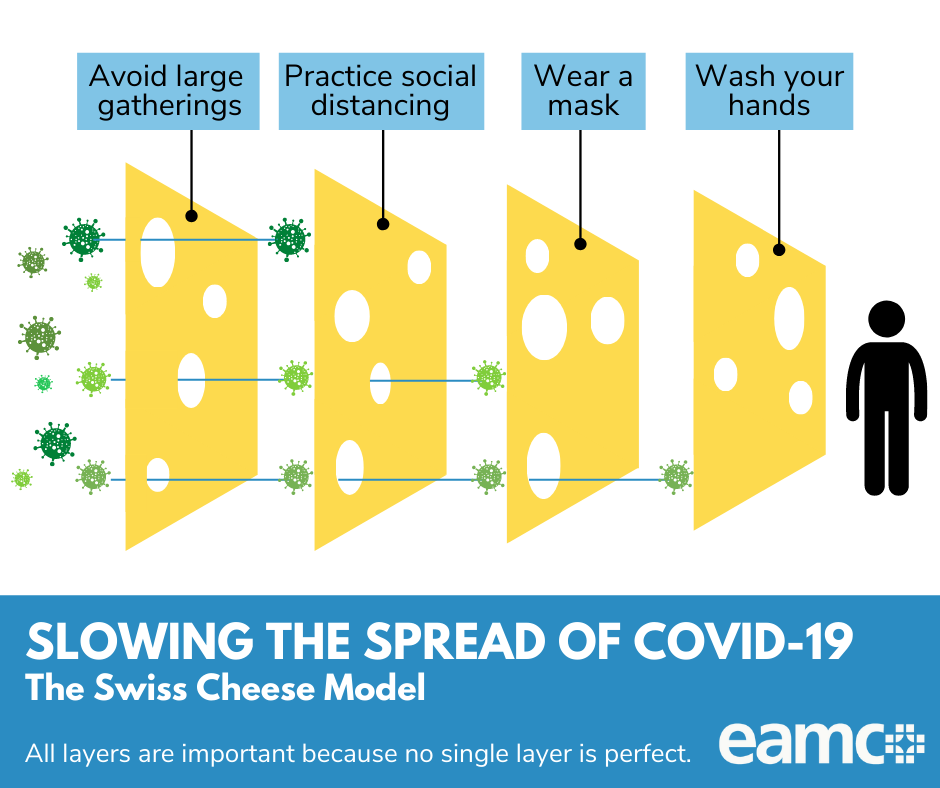 East Alabama Medical Center is expecting a rise in COVID-19 hospitalizations in the coming weeks, as the number of new virus cases locally continues to go up.

The rise comes despite the exodus of Auburn University students from campus for the semester that started last week, effectively shrinking the local population.

EAMC had 37 virus patients hospitalized on Monday, the highest since Oct. 14, but the number dropped to 32 on Tuesday. Additionally, four patients were on ventilators on Tuesday, according to EAMC data.

“I still feel like we’re in a ‘calm before the storm’ situation,” Dr. Ricardo Maldonado, infectious diseases specialist at EAMC, said.

Maldonado added that many Alabama hospitals are having a more rapid rise in virus hospitalizations than EAMC.

“We’re bracing for another impact,” Maldonado said. “But we have withstood these impacts before and we’ll do it again.”

EAMC tested 98 people Monday due to testing requests related to travel with 16 people testing positive. The positivity rate was 16.3 percent for Monday.

“It’s important to remember that testing conducted by EAMC through its 528-SICK call center only accounts for about 20 percent of new positive cases each week,” a release from EAMC reads. “While EAMC reported 51 new cases last week, a total of 251 new cases was reported for Lee County.”

The number of new COVID-19 continued its significant rise throughout the weekend in east Alabama.

ADPH reported 61 new virus cases in Chambers County, 181 in Lee County, 32 in Macon County, 63 in Russell County and 51 in Tallapoosa County from Friday to Monday.

The average number of COVID-19 cases reported in the past two weeks also rose in almost every east Alabama county during the weekend, a trend that has continued since late October. Chambers County’s average rose from about 14 cases on Friday to about 15.1 on Tuesday, according to ADPH data.

Tallapoosa County’s average slightly fell from about 16.4 on Friday to about 16.2 on Tuesday, according to ADPH.

The following is a look at the total number of confirmed cases, probable cases and combined total cases for east Alabama counties:

There were 3,165 confirmed deaths and 307 probable deaths in the state as well, according to ADPH.

The number of new COVID-19 cases reported at Auburn University dropped during the university’s last full week of on-campus learning for the fall semester.

The university said that 14 new virus cases were self-reported to the school during the week ending on Nov. 22, eight fewer cases than the previous week’s total. The school also reported a 0.41 percent positivity rate among those tested through its voluntary sentinel testing, according to data released Tuesday afternoon.

Of the 15 virus cases, all were reported on Auburn’s main campus. There have been 1,481 reported COVID-19 cases since Aug. 17, according to Auburn University data.

The university said 23 campus community members self-reported positive COVID-19 tests during the week ending on Nov. 15. It also reported a 0.83 percent positivity rate during the same timeframe among those tested through sentinel testing.

Auburn University tested 976 people through the sentinel testing program last week. A total of 6,041 Auburn students, faculty and staff have been tested through the program since it began.

Auburn University’s last day of class was Tuesday with its Thanksgiving break beginning Wednesday. Auburn’s final exams will be administered remotely so students do not have to return to campus following the Thanksgiving break.

Data provided Tuesday represents students, employees and contractors who self-reported positive test results to Auburn University and those who tested positive through the AU GuideSafe Sentinel testing, according to the school's COVID-19 data dashboard.

The number of new COVID-19 cases reported by Alabama school systems to the ADPH and the Alabama State Department of Education rose by nearly 670cases last week. Many local counties also saw a rise in cases.

A total of 2,261 cases were reported to ADPH and the department of education last week, up from the previous week’s total of 1,592 cases.

Where can you register for the COVID-19 vaccine? Here's a look at how you can sign up for the vaccine when it's your phase's turn

Alabama will officially move to Phase 1b in its COVID-19 vaccination plan on Monday.

Auburn University released this graphic Tuesday showing the total percentage of those who tested positive through its sentinel testing program.