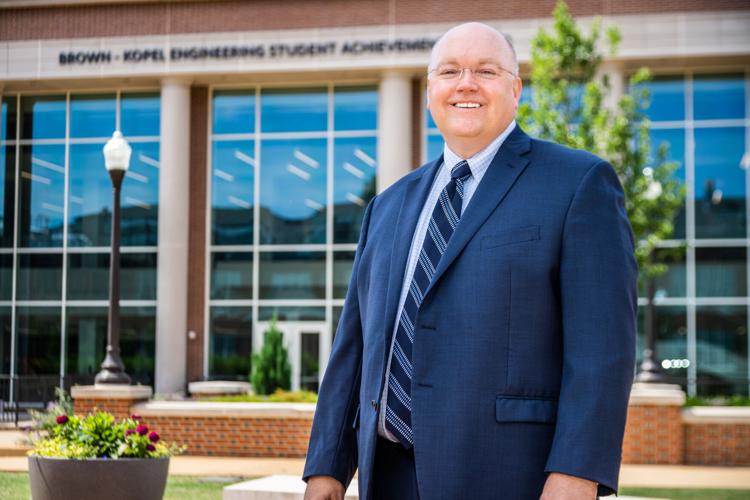 Chris Roberts, dean of Auburn University’s Samuel Ginn College of Engineering, is set to assume his new job as president on May 16. 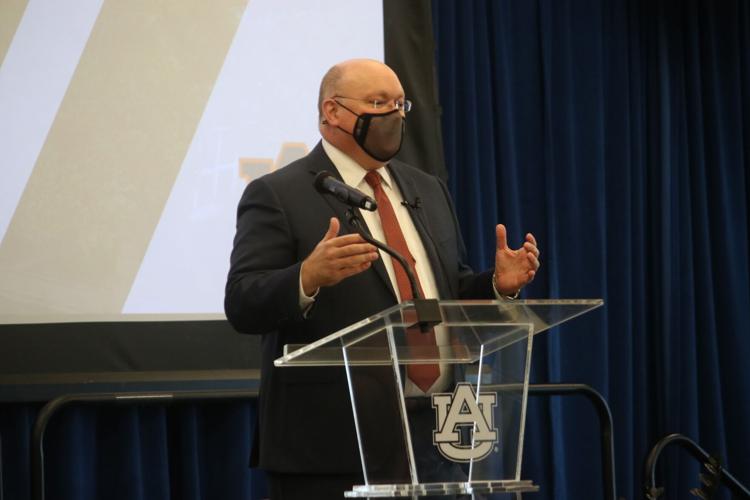 Chris Roberts, Auburn's lone finalist for president and its engineering dean, speaks to students at an open-mic forum on Thursday.

The board said Auburn has been extremely busy with the search for the new president, and they were excited to announce Roberts’ term will begin on May 16.

The board described Roberts as a “world class, phenomenal leader,” and “just the right person at the right time.” Every member voted in favor of appointing Roberts as the new president.

On Friday afternoon, from his office at the college of engineering, Roberts said the reality of the moment was sinking in.

“Exciting is probably an understatement, (but) I feel really excited, I’m very humbled and quite honored,” Roberts said. “Once the Board of Trustees conducted their vote today, the phone messages, texts and emails are all so full I’m not sure who’s reached out to me at this point.”

When asked about his first steps as president, Roberts said his focus will be on the Auburn family.

“I intend to make myself very accessible to our students and to our faculty and staff,” Roberts said. “Probably the best thing that I can do, especially in the early stages of this new presidency, is to listen and learn from our constituents. Of course, our students are our primary constituents.”

“As a member of the board since 2004, this is my third presidential search,” Sarah Newton said. “I have to say this one has been the smoothest and a very well-run search.”

“I’ve known Dr. Chris Roberts for over 18 years,” she said. “Dr. Roberts’ passionate commitment to students, to faculty, to staff and to alumni and his success in research and fundraising are impressive, but the most impressive thing is that he loves Auburn. It makes him a natural choice for presidential consideration.”

Newton said she is “thrilled” Roberts has risen to the top of the search and she “feels confident he is ready to lead Auburn University.”

Board of trustees chairperson Timothy Vines said Roberts “performed better than anyone else seeking that position” and that he believes the “best candidate has been selected for the job.”

Jimmy Rane, the longest serving member of the board, said he’s seen a lot of presidents come and go.

“I am confident and optimistic that Dr. Roberts will propel Auburn to even greater prominence,” he said. “I am excited that Auburn will have a president that knows and understands what makes Auburn Auburn.”

Rane said Roberts asked him for advice and he told Roberts the same advice that Pat Dye gave him.

Roberts has been the dean of the Samuel Ginn College of Engineering since 2012 and has been on the faculty at Auburn for 28 years. He began his career at Auburn in 1994 as an assistant professor in the Department of Chemical Engineering, and became the department chair in 2003.

The board unanimously voted to suspend bylaws Friday to approve the appointment, which was not listed on the meeting agenda.

Auburn boasts that Roberts has earned recognition in the fields of nanotechnology and synthetic fuels and has published more than 135 peer-reviewed journal articles and book chapters in leading chemistry journals, and that its engineering college produces more than a third of Alabama’s engineering graduates. Its prominent alumni include four astronauts and Apple CEO Tim Cook.

Smith said the hiring process opened with more than 60 qualified candidates, which was narrowed down to 15, to five, to three and finally to the one finalist being Roberts.

Board of trustees chairperson Wayne T. Smith said previously that two of the finalists told the university they would not visit unless they knew they would be selected as president, unwilling to jeopardize the current positions they hold elsewhere in academics.

Is Trump next? Some believe DA could file new charges after Trump Organization

Is Trump next? Some believe DA could file new charges after Trump Organization

Chris Roberts, dean of Auburn University’s Samuel Ginn College of Engineering, is set to assume his new job as president on May 16.

Chris Roberts, Auburn's lone finalist for president and its engineering dean, speaks to students at an open-mic forum on Thursday.