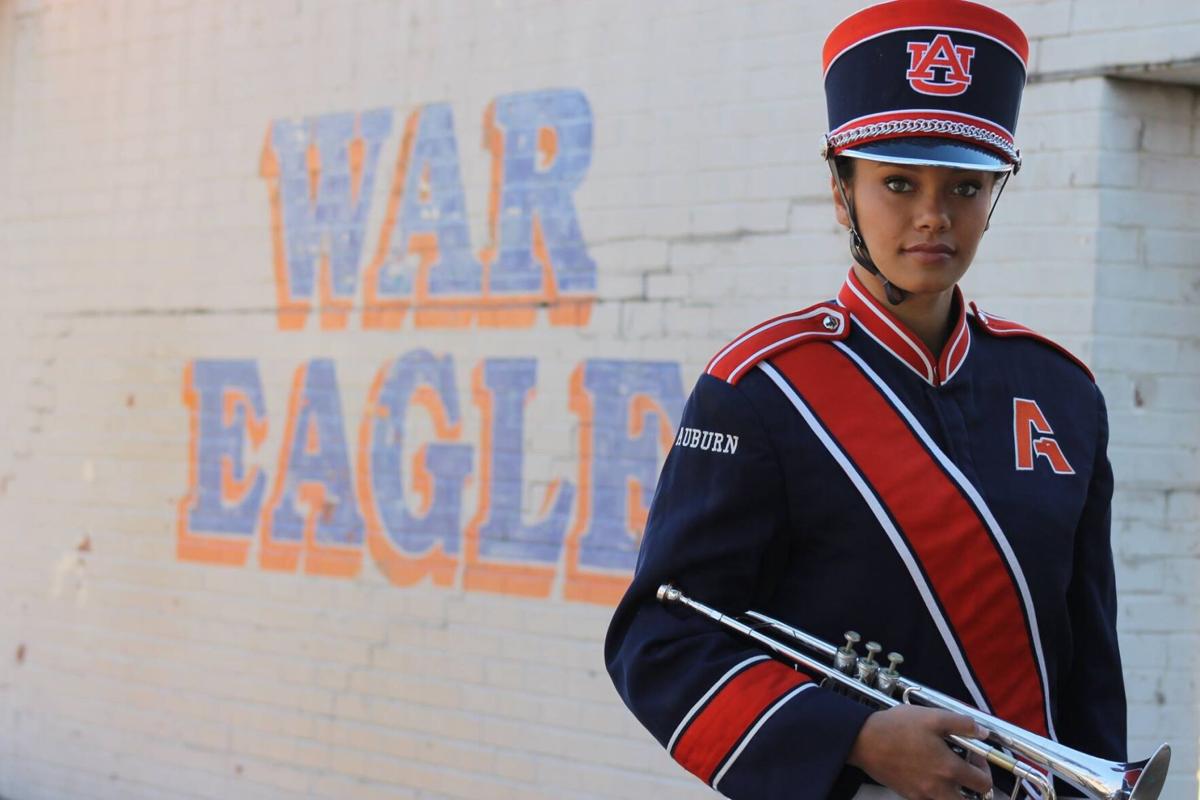 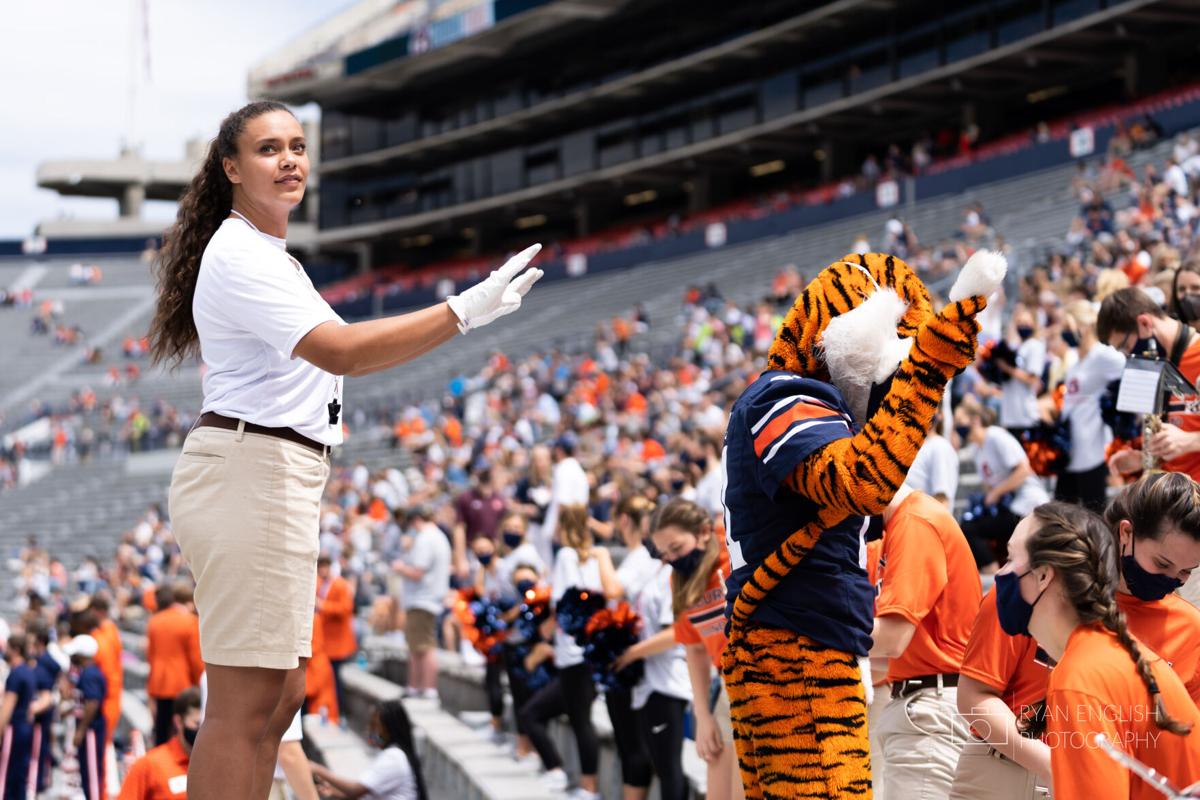 She will also be making history as the band’s first Black female drum major.

The music education major attended Reeltown High School where she says she saw the impact of the university from 30 minutes away. A first-generation college student, Jarvis says she knew she wanted to attend Auburn but didn't know how to make that happen.

“My graduating class was smaller than the trumpet section at Auburn and that was really intimidating knowing there was going to be more people trying out for the marching band than I had even really been exposed to,” Jarvis said. “Band is something that I was wanting to participate in, but it was very much an imposter syndrome situation.”

The trumpet player says Auburn’s affiliation with the Southeastern Conference drew her to the school.

“You go 30 minutes down the road and people are coming from all over the place just to watch these people play games, watch these people play during pre-game – that’s not something I ever experienced in high school,” Jarvis said. “It is such a big SEC school and has so much power to the name and is so close you kind of think it’s the closest thing with that much influence.”

The self-proclaimed introvert was worried about meeting new people, making friends and attending a big school, she says. But that changed on the first day of band camp for the first-year rookies.

Jarvis took on the role of trumpet section leader last season, two years into her marching band experience. Now, she’ll be the first Black female to lead the full band as a 2021-2022 drum major, according to Auburn University communication services director Preston Sparks.

Jarvis hadn’t considered the role, but when T.J. Tinnin, one of last season’s drum majors, suggested she audition, Jarvis says she began to envision herself as one of the band's top leaders.

“It was that one person saying, ‘Hey, I think you fit the job really well,’ that made me think, 'Oh, really?’” she said.

Although T.J. Tinnin knew Jarvis would be the first Black female drum major, he said she is “so much more than that.”

“I encouraged Brianna because I saw great potential in her," Tinnin said. "Not only did she possess the leadership ability, but she is also a caring, hardworking and overall genuine person."

Encouraged by Tinnin, Jarvis attended the first drum major clinic ahead of auditions, leaving with a good idea of what the audition process would look like.

In the first round of auditions, all participants have a routine to a recorded track while the directors, graduate teaching assistants and former drum majors watch and write down notes on scoresheets.

Those six selected finalists conduct the full band live to a random tune, which Jarvis called “scary,” saying it was the “one and only time” the band met last year due to COVID-19.

“Some of the songs I knew would depend on the play, but I had to study,” she said. “I didn’t think it was as complicated as what I had been thinking sitting in the stands reacting to what [former drum majors] called up.”

The last couple of rounds consisted of observing routines and teaching a marching fundamental to veteran marchers while picking out a random, planted mistake.

Jarvis got a halftime routine. She said her planted mistake was someone “being silly with his feet.”

Jarvis says this year is going to look different for the band because of the opportunities lost during the COVID-19 pandemic, according to Jarvis.

Outside of marching band, Jarvis has performed with the Concert Band, Basketball Pep Band, AU Singers, Jazz Band, and Trumpet Ensemble. She is a member Kappa Kappa Psi, the national honorary band fraternity, and has been the undergrad instructor for the AU Music Project and a United Sound mentor.

“She  is a talented musician and teacher with unwavering character and commitment,” Spurlin said in a statement. “She is the type of student and leader that inspires others to give their best effort on and off the field.”

“As our program transitions back to normal operations, we are extremely fortunate to have Brianna as one of the top student leaders of our band,” he added.

Students and faculty coming back to Auburn this fall will be required to wear masks on campus, according to a statement from the university on Monday.

A-zone parking pass, unlimited meal plan, camping gear and lunch with President Gogue? Auburn students could win these if they get vaccinated

In an effort to encourage students to receive their COVID-19 vaccines, Auburn University has launched a vaccine incentive program with prizes …

Opelika City Schools will require masks and face coverings to be worn inside school buildings beginning Aug. 9, the first day of school, accor…