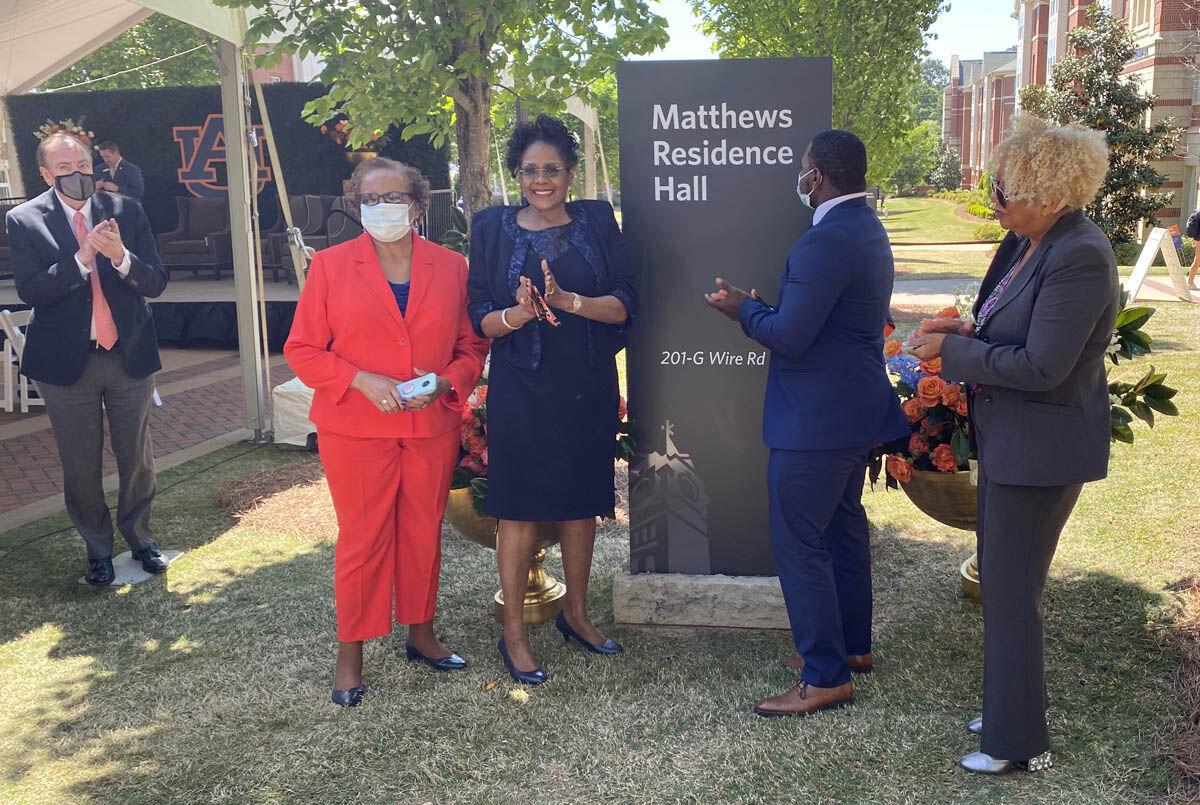 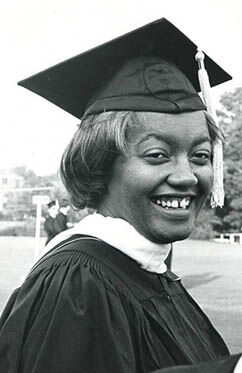 Josetta Brittain Matthews was the first Black student to earn a degree from Auburn. She received a master’s degree in 1966 and a doctorate in 1975, both in education. She was also the first Black faculty member at the university, taking over as a French and history instructor around 1972.

Josetta Brittain Matthews, the first Black student to receive a degree from Auburn University, was immortalized Wednesday when her name was formally affixed to the campus dormitory that houses Honors College students.

Josetta Brittain Matthews Hall – formerly known as Eagle Hall – was formally unveiled in a ceremony at which university officials, Matthews’ family and friends joined together in the Village to honor the late professor.

It was the second time in a week that a Black woman was recognized for her contributions to Auburn University. The former Tiger Hall, also in the Village, was renamed Bessie Mae Holloway Hall last week, in honor of the the school’s first African American Board of Trustees member.

Those moves were spearheaded by a specially-appointed task force made up of Auburn trustees. It was formed last summer to investigate how the university could better honor the historical contribution of women and people of color and remove some of the stigma around buildings and sites named for supporters of Jim Crow and the Confederacy.

Matthews, who passed away in 2019, did her undergraduate work at Indiana University in the early 60s, before coming to Auburn and earning a master’s degree in education in 1966. She returned later to work on her education doctorate, which she earned in 1975.

Senior Vice President for Student Affairs Bobby Woodard said the choice of the honors building made sense “because it’s where we have our best and brightest.”

More than that, it recognizes the contributions Matthews made not just to Auburn, but to young women and people of color at universities everywhere, said Gammiel Poindexter, a lifelong friend and former classmate.

“I guess it was a period of isolation for her, and I’m saying this because I can imagine that here in 1965 (Auburn) wasn’t a whole lot different from IU in 1961,” said Poindexter, recalling their experience as two of just a handful of young women of color on that large campus in Bloomington, Ind. “There’s an awful lot of isolation that that’s where you get up in the morning and you may not have a soul speak to you all day.

“You wouldn’t have another Black or maybe sometimes another woman in your class, but you just keep on moving on,” said Poindexter, a retired Virginia judge.

“I don’t know how to express to you how I felt when I walked up those steps and looked up to see Dr. Josetta Brittain Matthews’ name written on this building,” Poindexter said. “It was an experience.”

Matthews’ daughter, Heidi B. Wright, recently joined Auburn’s Special Education faculty. She said her mother would be humbled by having a building with her name on it.

“Her classes were always full and her students were always eager to learn,” Wright said. “Whether it was Women’s History, American History, World History or Black History, she could tell you all about it.”

What the Colonial Pipeline Hack Means for Fuel Supplies

Biden: Economy rebuild is 'a marathon', not sprint

Biden: Economy rebuild is 'a marathon', not sprint

Masks are no longer required at Lee County Schools, according to the school system.

Opelika High School will present Rodgers and Hammerstein’s “Cinderella” this weekend and next at the Opelika Performing Arts Center, with plan…

Josetta Brittain Matthews was the first Black student to earn a degree from Auburn. She received a master’s degree in 1966 and a doctorate in 1975, both in education. She was also the first Black faculty member at the university, taking over as a French and history instructor around 1972.