Lanett High School athletic director: ‘It looks like we’re going to have to start over as a program’
0 comments
Share this
{{featured_button_text}}
1 of 2 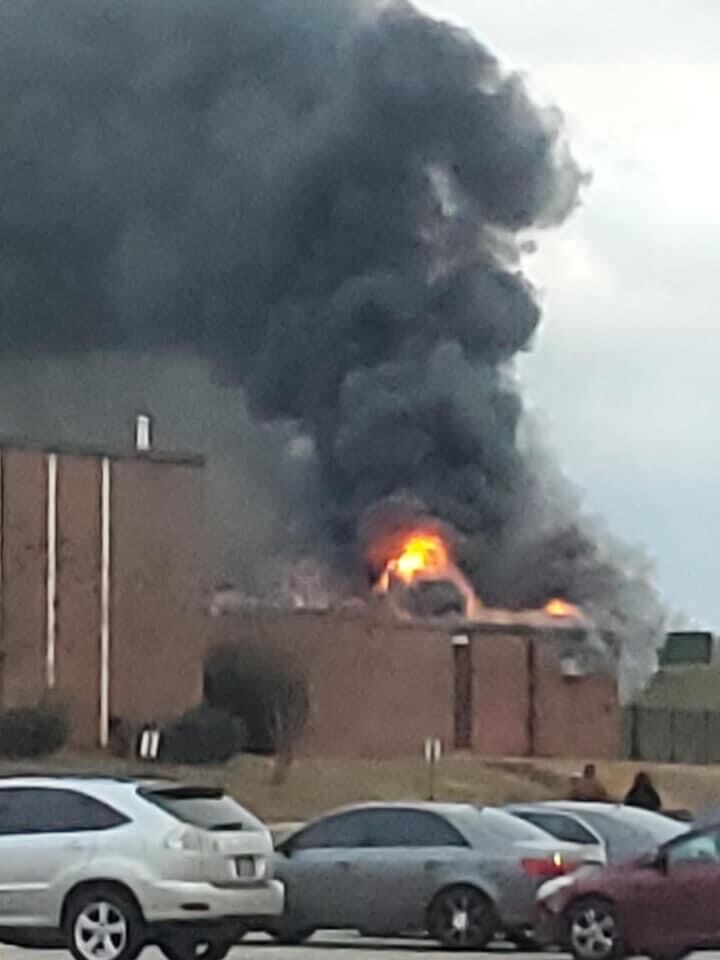 The Lanett High School athletic department suffered a blow on the morning of Feb. 1, 2021, when its field house was severely damaged and nearly everything inside destroyed. 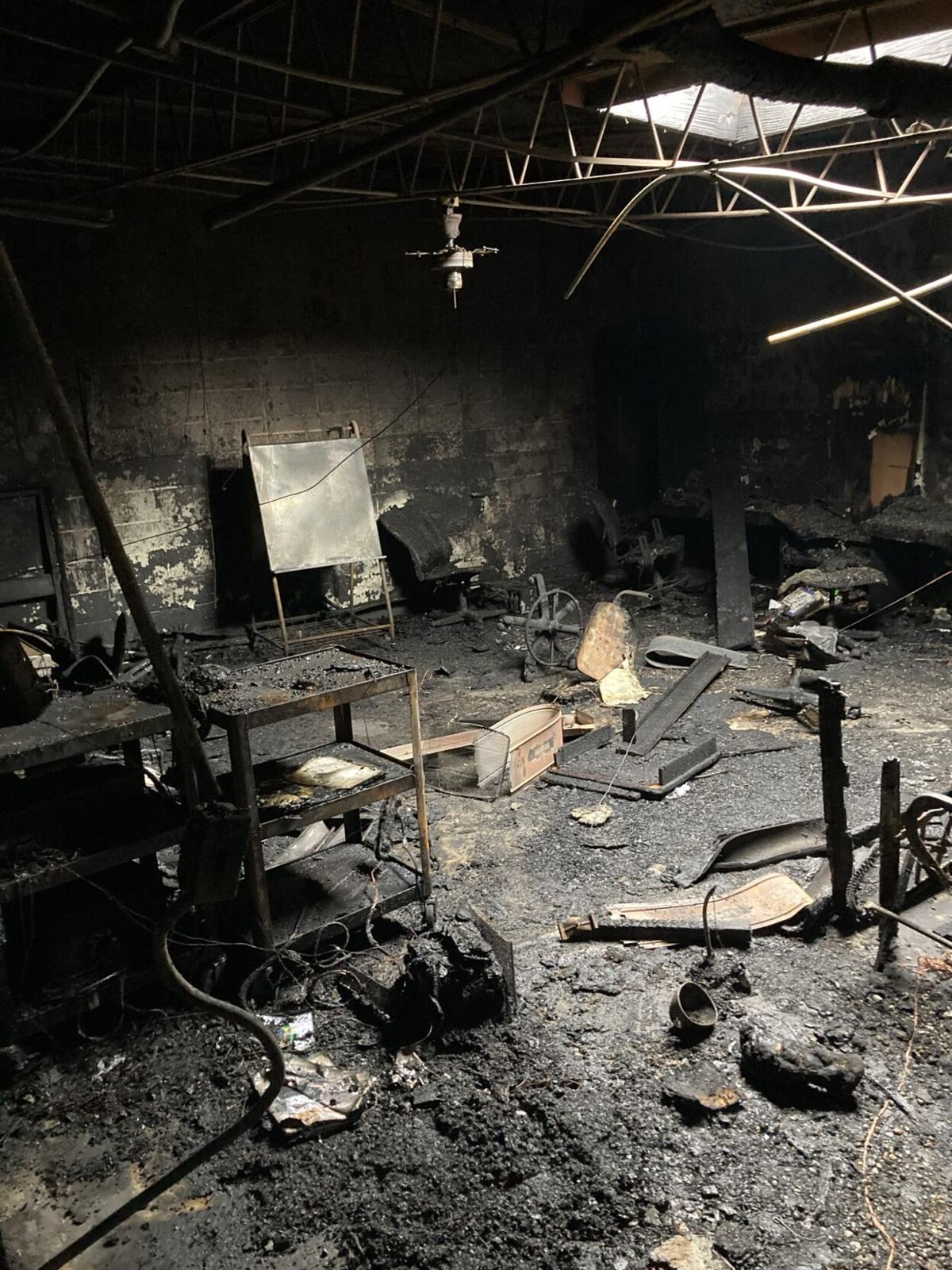 The athletic programs at Lanett High School are reeling in the wake of a fire Monday morning that caused severe damage to athletic facilities and equipment, Athletic Director and Head Football Coach Clifford Story said.

Along with all of the equipment that was left visibly burned and destroyed, Story said he and his team were waiting for appraisers to go through the damaged facility to catalog other equipment damaged by smoke.

“Some things may be able to be saved for the weight room, but I don’t know because there’s just so much smoke damage that spread to other areas, but I won’t know until we can get in there and see what can be done,” Story said. “It looks like a total loss.”

While it’s too early to tell how much money the school lost from the fire in terms of equipment destroyed or damage to the facilities themselves, Story said there were some things lost with sentimental value that were priceless to him.

“What we’ve spent on helmets, uniforms, shoulder pads, you name it, we’ve spent a great penny for it. Of course we’ll be reliable for our deductible, but I can’t really guess right off what it’s all worth,” Story said. “Some of the things I lost in my office after I’ve been head coach for 12 years can’t be replaced, so I’m a little emotional about those things. My mind is just going several different ways, to be honest.”

A football helmet costs between $300-500, and Story said Lanett athletics had lost an entire junior high and high school team’s worth of them in the fire.

“I’m pretty hopeful that we’ll be able to play [football] this fall, but we’re trying to get things back to normal around here so we’re not going to think that far ahead,” Story said. “As far as basketball, we’ll have to cut some things off and not be able to provide certain things in the facilities due to the damage we have, so right now we’re scheduled to host the area tournament and we’ve got to get all of those details worked out.”

Story said he’d meet with his staff tomorrow to come up with a game plan for the tournament, and that they might have to move locations for the basketball team to play. The basketball team will finish up the season, but where they’ll train going forward is up in the air.

“We’re planning on finishing up what we have here,” Story said. “As far as workouts, we’re going to try to get some things together, but we don’t have any weights or things like that from all of the smoke damage. We’re going to make it, but we might just have to do some other things. Having spring training and those things, I don’t know. It just all depends on how quickly we can get things covered and replaced.”

Story said he’s thankful for all of the members of the community who have already reached out to him wanting to help him and his program come back from the fire damage, and he wants his student athletes to know they’ll all get through the setbacks together.

“I’ll tell them that some unfortunate things happen, things that we can’t control, but we can’t let them define who we are,” Story said. “I’m a firm believer of the Scripture, and it says that the good Lord will make everything new, so we’ll be blessed with some things and facilities to be replaced and we’re not going to let this halter or stop the things we’ve done here and the things we’ll continue to do. We’re going to put this behind us and keep working.”

Auburn University officials are planning the 2021-22 year with the assumption that things could inch back closer to life before the coronavirus.

Alabama school systems saw another decline in positive COVID-19 cases in the third week of February.

Dr. Fred Kam and multiple others at Auburn University spent months preparing for the day Auburn’s campus would safely reopen.

Alabama school systems saw a decline of more than 500 new COVID-19 cases in the second week of February.

John Stanwick, a senior at Auburn High School, and Camp Steiner, an Auburn High alumnus who graduated last year, are doing their part to help …

Area school systems are dealing with a shortage of new teacher candidates to fill positions, and some local educational leaders believe it has…

Auburn University's Board of Trustees has approved a new, $91.9 million training complex for its football program.

The names of two Auburn University trailblazers will adorn student dormitories in the Village.

All Lee County Schools will close on Monday, Feb. 8, due to COVID-19-related issues.

The Lanett High School athletic department suffered a blow on the morning of Feb. 1, 2021, when its field house was severely damaged and nearly everything inside destroyed.