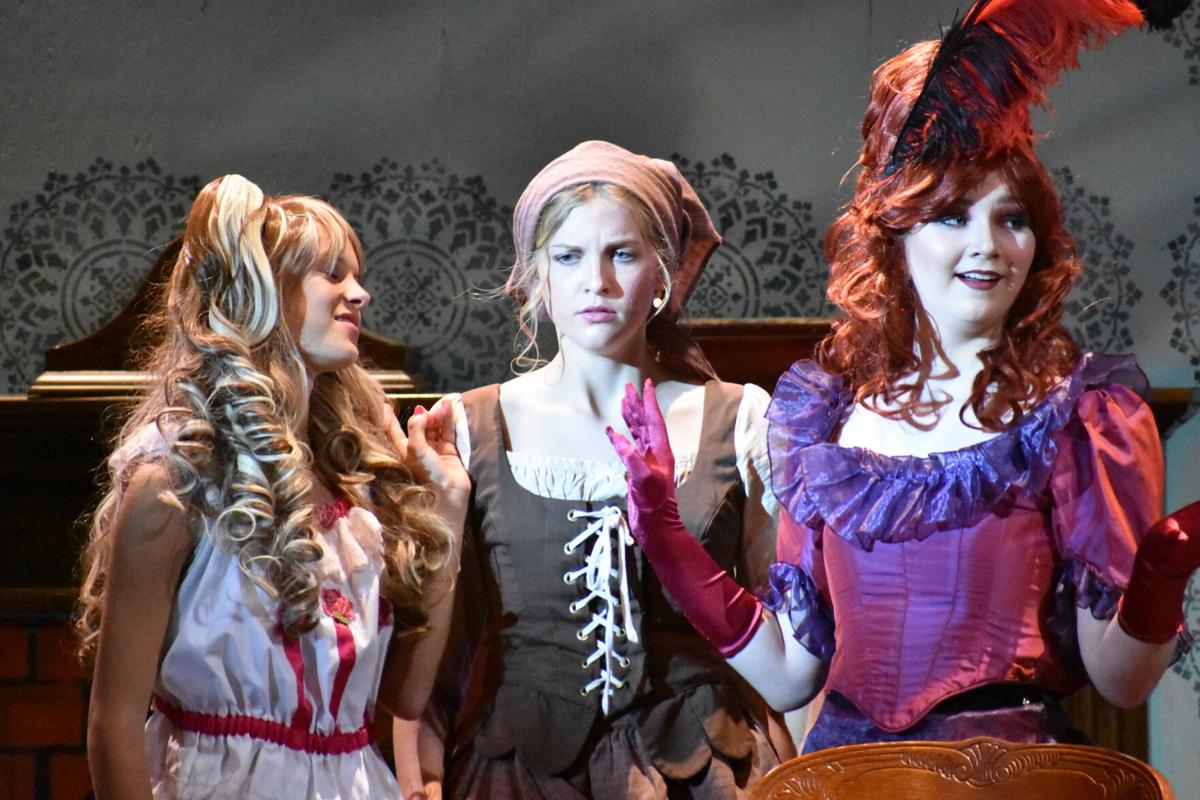 Eleanor Wilson (middle) plays Cinderella in Opelika High School’s production of Rodgers and Hammerstein’s “Cinderella” this weekend and next at the Opelika Performing Arts Center. 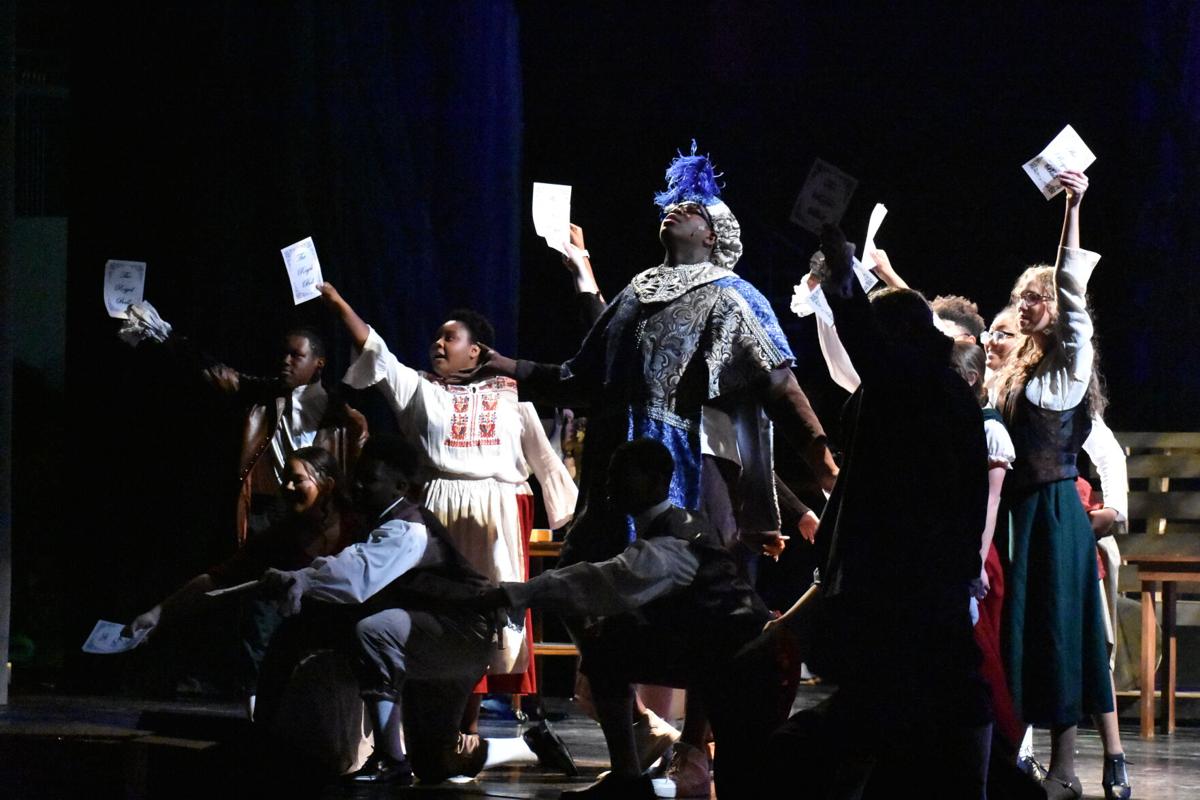 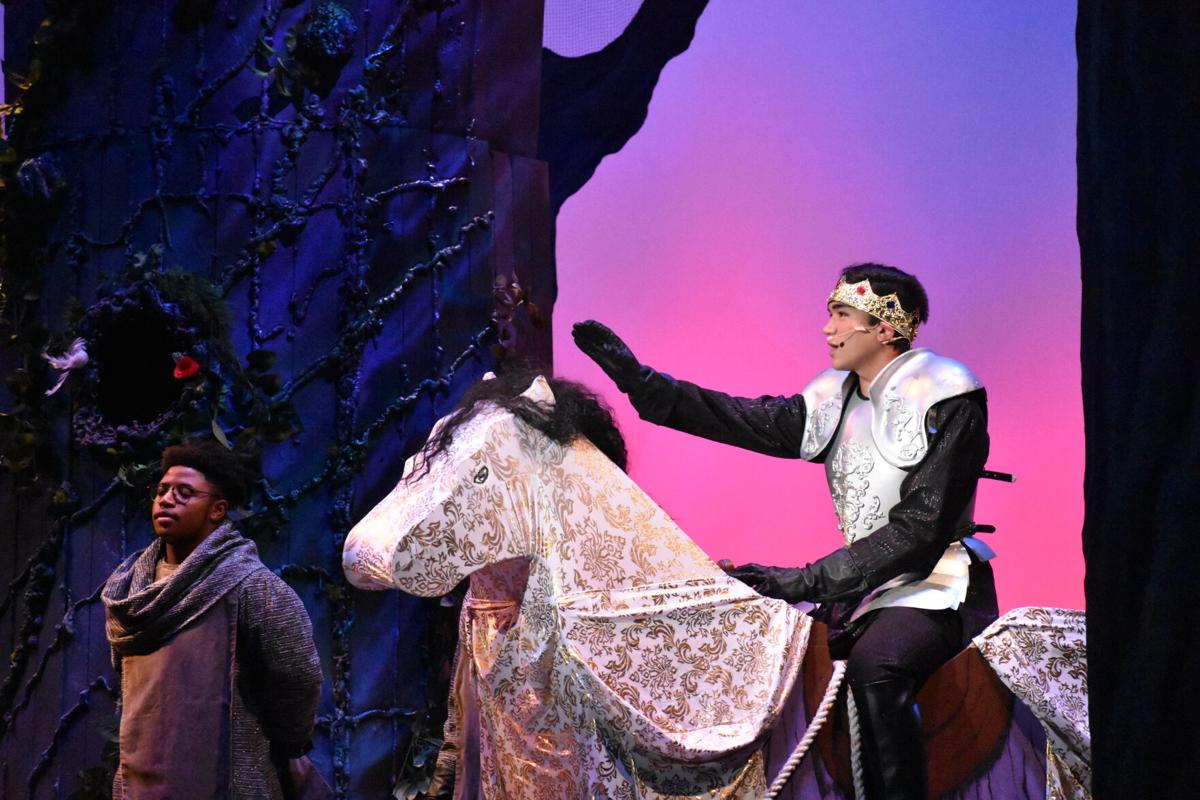 Opelika High School will present its production of Rodgers and Hammerstein’s “Cinderella” this weekend and next at the Opelika Performing Arts Center.

Opelika High School will present Rodgers and Hammerstein’s “Cinderella” this weekend and next at the Opelika Performing Arts Center, with plans in place to accommodate the coronavirus pandemic.

Opelika High School Theater Director Revel Gholston said after a couple of cast members had to be quarantined in the middle of another production last fall, he decided that this production of “Cinderella” will feature two full casts that will alternate showings.

“Through all the play rehearsals I’ve done all year and the shows, I have not had anyone test positive because of being here, but it did make me nervous as we were getting closer to those shows that we could lose them at any time,” Gholston said. “I’ve never cast all characters in two different groups, but it’s been fun. It’s given a lot of kids the opportunity to get on stage that maybe wouldn’t have had main characters and lead parts.”

Each cast will consist of 20-22 student actors, not to mention all of the other crew members who help make the play possible, and leading up to Friday’s opening none have tested positive for COVID-19.

This rendition of “Cinderella” will be based on the 2013 Broadway version of the Brothers Grimm fairytale-turned musical, and Gholston said the well-known story will appeal to children and families as well as being surprisingly pertinent to current events.

“In a regular year we get to perform in front of 900 screaming kids, which is gut-wrenching but at the same time really awesome to get to do that,” Gholston said. “The value of doing a family production every year is something we’ve decided is going to become a tradition.”

Eleanor Wilson, a senior at Opelika High, is one of two actors who will play Cinderella over the course of the show. She said she started acting during her sophomore year and has been featured in “Annie,” “Anne Frank” and “The Little Mermaid.”

Wilson said she comes from a family of actors.

“My mom grew up and did theater her whole life, and my sister who graduated last year did Opelika theater, too,” Wilson said. “We grew up surrounded by music and did church musicals when we were in third grade, and it was always just a given that we were going to do theater.”

Unlike the titular character who is traditionally seen as meek and weak-willed, Wilson said she’s used to playing roles with stronger personalities like her own.

“I’m always cast as a person with a full personality, and Cinderella is just very meek so I kind of had to tap in and figure out a way to act meek,” Wilson said. “I think she’s really kind, and not only is that portrayed in the movie, but it’s portrayed even more so in the Broadway version … and it’s not just a love story with the prince, it’s also them working together to make the land a better place.”

Opelika High Senior Hallie Miller, who plays one of two fairy godmothers, said she also comes from a theater family and started acting when she was 4 years old as a young Eponine in a production of “Les Miserables.”

“It’s so much fun to be able to be somebody else and step out of your own shoes for a second, and you get to look at the world through somebody else’s eyes,” Miller said. “[The fairy godmother] pretty much knows everything and sees everything, and she doesn’t act in the moment but waits for the right time to make things so much brighter for everyone else. She makes their dreams come true.”

Josetta Brittain Matthews, the first Black student to receive a degree from Auburn University, was immortalized Wednesday when her name was fo…

First-year Auburn University students enrolling in the fall of 2021 will have options for how they want to experience Camp War Eagle.

Masks must continue to be worn indoors on Auburn University’s campus after the statewide mask mandate expires on Friday, April 9.

Auburn University will hold the line on tuition next year.

Eleanor Wilson (middle) plays Cinderella in Opelika High School’s production of Rodgers and Hammerstein’s “Cinderella” this weekend and next at the Opelika Performing Arts Center.

Opelika High School will present its production of Rodgers and Hammerstein’s “Cinderella” this weekend and next at the Opelika Performing Arts Center.