Subscribe
Read Today's E-Edition
Share This
Auburn alumnus Ed Packard has made election administration his life's work, and now he's running for Ala. Secretary of State
0 Comments
Share this
1 of 3 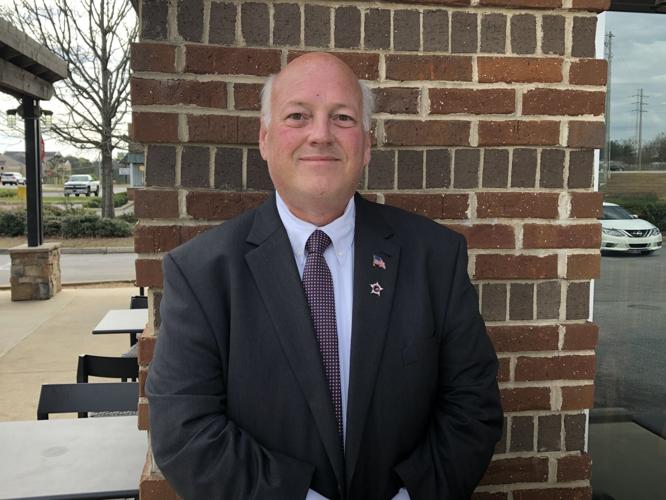 (Rep.) Ed Packard, an alumnus from Auburn University, is running for Alabama Secretary of State. He said he would focus on post-election audits, security of voting machines and protection of voter information. 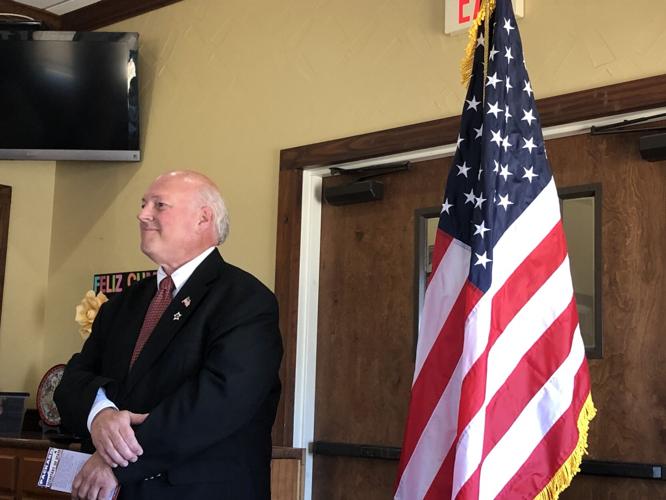 Ed Packard, Republican candidate for Alabama Secretary of State, spoke to the Republican Woman of East Alabama in Opelika on March 1. 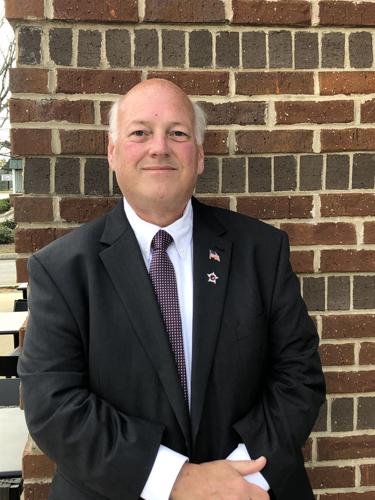 (Rep.) Ed Packard, an alumnus from Auburn University, is running for Alabama Secretary of State.

Packard, 54, said he decided to run for the position after the 2020 presidential election raised concerns about the voting and election process and its legitimacy.

“I just decided with my experience in the (Alabama Secretary of State) office and my expertise in election administration that I wanted to offer myself to the people of Alabama to continue serving them like I’ve been serving them for the last 25 years,” said Packard, a Republican.

Packard has worked to implement many voter registration programs, trained and advised others, became an absentee voting expert to include working with military personnel oversees, and coordinated poll worker training.

The Alabama Republican Party Primary Election will be held on May 24. Packard will be running against Jim Zeigler, Wes Allen and Christian Horn.

He said secretary of state is the only office he’s interested in holding.

Packard has lived in Prattville since 2002, but still has family living in Opelika and Auburn.

Growing up, Packard he moved often because his father was a non-commissioned officer of the United States Air Force. When his father retired, the family settled in Auburn.

Packard graduated from Auburn High School and from Auburn University, where he earned a Bachelor of Science degree in Public Administration in 1991.

He said he became the “first known student in America to graduate” with a Masters in Public Administration with a specialization in election administration.

Robert Motjoy, retired Auburn professor and director of the MPA program, created course work for Packard after he said he wanted to specialize in the administration of elections.

Motjoy retired from Auburn in 2004 and later worked for the Secretary of State Office where he was in charge of elections and worked with Packard.

“In some ways, election officials are like referees in sports events,” Motjoy said. “They’re absolutely essential to make it happen, they have to know what they’re doing, and they have to not show favoritism to any side. Ed’s dedication is to the system, is to making elections work as opposed to making one party or the other win, which is what you need in any election official.”

Packard said his interest in elections sparked after he observed the 1986 primary runoff election in the Democratic Party primary for governor, when the election was challenged and the state party threw out the results and handpicked the candidate.

“During the elections, Charlie Graddick, as attorney general, issued an opinion saying that Republicans could cross over into the Democratic runoff, which was legal back then,” Packard said. “He won by about 8,700 votes and they felt that was due to Republicans crossing over.”

Gerald Johnson, retired Auburn professor of political science, taught Packard in the public administration program. After Johnson retired from teaching in 1995, he became the director of the Capital Survey and Research Center for the Alabama Education Association where he worked with Packard to get the voting data he needed.

“He has a really strong reputation among the election officials in the state, at the state level, at the county level and at the city level,” Johnson said. “Truly a first rate professional, nonpartisan, and on a personal level, Ed is just a good guy. He has integrity and honesty and all of those qualities that you would really want in a public servant.”

Johnson said the secretary of state position across the county has become very important, especially “after the 2020 election and the validity of the election.”

“I know Ed is absolutely committed to having fair and honest and accountable elections,” Johnson said. “He recognizes that the whole democratic process depends upon the people having faith in the electoral process itself.”

Since graduating college, Packard has gained 29 years of experience working with elections in Alabama plus one year in North Carolina. He’s also been an employee of the Alabama Secretary of State’s Office for about 25 years.

Packard worked with the Center of Governmental Services, where he implemented the organization’s first local area computer network, designed its first presence on the internet, and served on assignment with Alabama’s Secretary of State, according to a release.

From September 1994 to June of 1996, Packard coordinated the statewide implementation of the National Voter Registration Act of 1993 for the Office of the Secretary of State and wrote two publications about it.

Packard said he wanted to move into state government, but there weren’t any openings in Montgomery.

In 1996, he was recruited to work for the North Carolina State Board of Elections as its education and training specialist, He returned to Alabama the next year after being offered a position in the Elections Division of the Alabama Secretary of State Office.

“After working in elections for 30 years, 25 in the Secretary of State’s Office, I’m the most experienced when it comes to what the office does,” Packard said. “I think I can provide the best leadership going in and I don’t need on-the-job training.

Packard said if he’s elected he’ll be “ready to go on Day 1.”

He said he thinks there should be audits after every election from the presidential to the municipal level. A pilot program has been approved in Alabama and there will be an audit in three different counties after the November election.

Last year, Packard said he received a lot of calls from people who wanted the 2020 election audited, but they couldn’t do it because they didn’t have the authority.

Packard said he has been working on legislation to prevent the use of any voting machines that have the ability to connect to the internet, Bluetooth or near-field communication. The bill is waiting a floor vote in the House then will go back to the Senate to be approved and signed by the governor.

When individuals register to vote, Packard said that information can be bought by anyone willing to pay, and they will have access to everything except a social security number and driver’s license number. Name, residential address, mailing address, date of birth and voter history is freely available.

Packard said there are a few exceptions where this information is protected – those with a domestic violence protection order, law enforcement personnel and judges – but no one else has the option to prevent their information from being sold.

“The voter list is there to administer the election,” he said. “It’s not there for the convenience of candidates or activists or even businesses, and the interests of the voters should be paramount, not the interest of all these other groups.”

Instead of a coin toss to break a tie, the Alabama Republican Candidate Committee is holding another hearing to determine how many votes each …

The coin flip to break the tie between Jay Hovey and incumbent Tom Whatley in the State Senate District 27 race hasn’t occurred yet, and if Ho…

Whatley says coin toss will be Wednesday, Hovey says he is unaware of this decision

Early Wednesday morning around 6 a.m., a representative from incumbent Tom Whatley said the Republican State Senate District 27 race would be …

Hovey-Whatley race declared a tie; winner to be determined 'by lot'

It doesn't get any closer than a tie.

Amid the tight race for state senate, Auburn city councilman Jay Hovey has qualified to run again for Ward 7.

Tom Whatley, incumbent Republican candidate for State Senate District 27, has withdrawn his request for a recount at one precinct in Tallapoos…

Unbelievable! This is the moment after a gunman opened fire in a crowd in Philadelphia

(Rep.) Ed Packard, an alumnus from Auburn University, is running for Alabama Secretary of State. He said he would focus on post-election audits, security of voting machines and protection of voter information.

Ed Packard, Republican candidate for Alabama Secretary of State, spoke to the Republican Woman of East Alabama in Opelika on March 1.

(Rep.) Ed Packard, an alumnus from Auburn University, is running for Alabama Secretary of State.