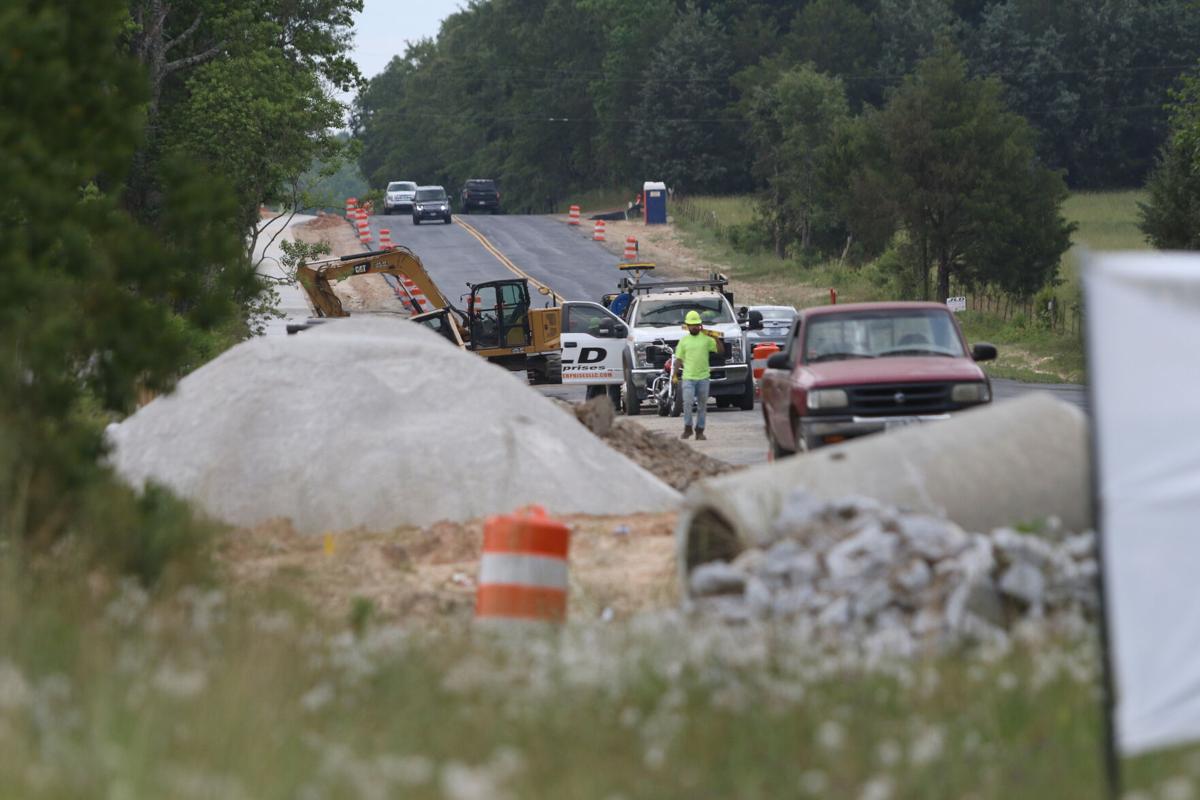 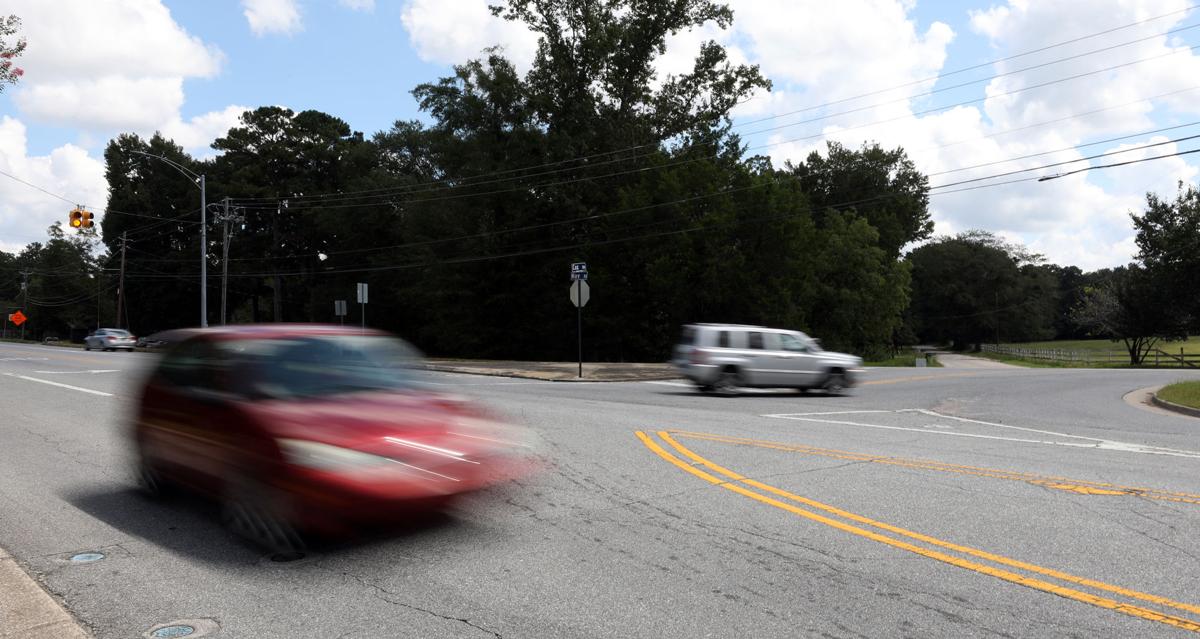 Vehicle pass by and through the intersection at Wire Road and Cox Road in Auburn in this 2018 O-A file photo. 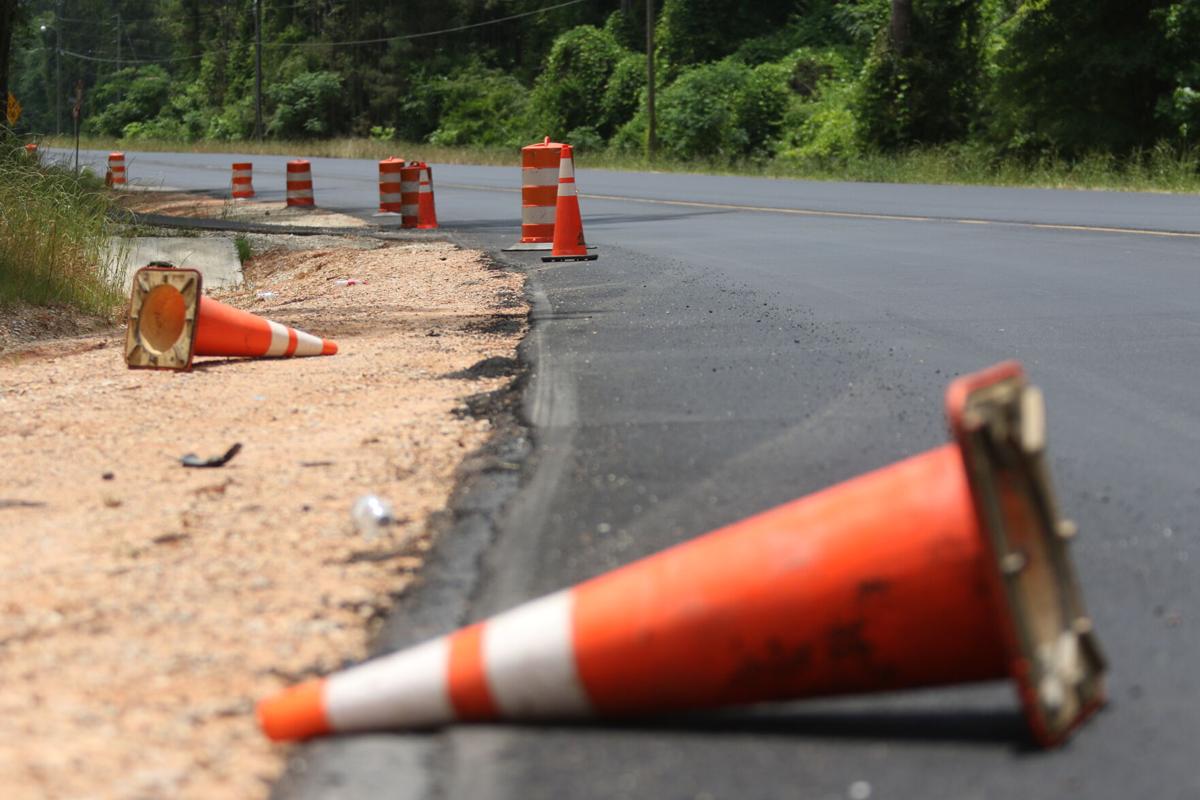 For the better part of a year, Cox Road has seen expansion and improvement.

The City of Auburn is in an active contract with JLD Enterprises, Inc. for the Cox Road improvement project, which currently includes the widening of two traffic lanes and adding bike lanes on each side. But discussion concerning the best use of Cox Road has arisen as construction continues.

The Cox Road improvements include the widening of Cox Road to 36 feet from Fieldview Drive to near Wire Road to accommodate two vehicle lanes and two 6-foot bike lanes on each side of the road. The road will also be completely re-paved, according to the city’s engineering services construction status webpage.

Construction began in June 2020 and is anticipated to be completed this year. A proposed roundabout is expected this year at the intersection of Cox and Wire Road, according to a construction banner visible to traffic from Cox Road.

Councilperson Dawson says he believes Cox Road improvements should include two lanes of traffic with a middle turn lane for “safety and efficiency.”

“I think it’d be better and safer for everyone involved including bicyclists to have a turn lane in the middle and two traffic lines on each side,” Dawson told Auburn Council on March 18.

Dawson again raised the issue at a May 4 meeting. Alison Frazier, city engineer, answered why bike lanes were included in the project’s plans.

“Cox Road has been on our bike map for many years, so this was also an opportunity for us to complete a section of our bike map; we received input from the [Auburn] Bike Committee,” Frazier said at the May 4 Committee of the Whole. “So it just supported the two lanes with 6-foot bike lanes which are buffered. Those bike lanes on either side can be converted into a third lane in the future if traffic conditions change significantly or they warrant that third lane.”

“We did a traffic study; we pulled accident data, because I was concerned about the left turns,” Frazier added. “We didn’t find any accident data to support a center turn lane or even left turn lanes. We did traffic 10-year projections to see how many lanes we would need, looked at our design guidelines, and the two lanes with the bike lanes is sufficient.”

Two weeks later, Ward 8 Councilperson Tommy Dawson asked the Council to create an opportunity to discuss how the city will best utilize the new Cox Road, and the Council agreed to do so on June 1.

“As we’ve evaluated Cox Road, and now that we’re going to have a major retailer at the end of Cox Road near the Interstate, we know more residential developments are coming to that area, soccer complexes are coming in that area and we believe more commercial development is coming to that area,” Mayor Ron Anders said in his most recent post-meeting recorded Mayor Minutes on the city’s YouTube channel.

The proposed Buc-ee’s is expected to be located near the Auburn Technology Park on Cox Road near Exit 50.

Auburn prides itself on being a bike community. In December 2020, the League of American Bicyclists re-designated the city as a bronze-level Bicycle Friendly Community, making Auburn one of 485 U.S. communities recognized for its commitment to creating transportation and recreational resources that benefit residents of all ages and abilities.

Auburn first earned the status in 2000 and was the first Alabama community to receive the designation, according to a city press release in December.

A bike lane, per the Auburn Bicycle Plan included in the Auburn 2020 planning document, is a portion of a roadway which has been designated by stripping, signing and pavement marking for the preferential use of bicyclists.

When the City widens roads, per the bicycle plan, the city installs bike lanes as city policy. In front of the Council is a matter of waiving current city policy for installing bike lanes at only the Cox Road project.

“We are in an active contract with JLD Enterprises, and we cannot delay further than this Tuesday,” City Manager Megan McGowen Crouch said during the May 28 virtual packet meeting. “This is nothing that would rise to the level of an official action or resolution of the Council, as we are this far along in the project. I just need consensus from you [the Council] one way or the other.”

“I’ve been talking to a lot of my constituents and have yet to find someone that agrees with that that travels the road out there quite regularly,” Dawson said on May 18. “They all feel, and I do too, that it would be better and safer to have three lanes.”

“Let me add I appreciate the staff’s patience with that project; I know it’s been a trying one and they work really hard on it. I just think it’s better suited with three lanes,” Dawson added.

Crouch then recognized citizens who live in that area. “We appreciate the patience of the residents along Cox Road as well,” Crouch said. “It’s been a challenging project but a very necessary one.”

Per Auburn City Code, nonconsensual towing is that of towing vehicles parked on private property with signage indicating this. The raised fees would not apply to vehicles illegally parked on sidewalks or other infrastructure.

The Opelika City Council voted to create a bike/pedestrian path along Waverly Parkway at its meeting on Tuesday.

Vehicle pass by and through the intersection at Wire Road and Cox Road in Auburn in this 2018 O-A file photo.