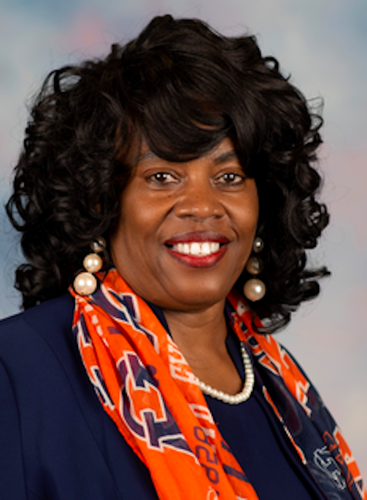 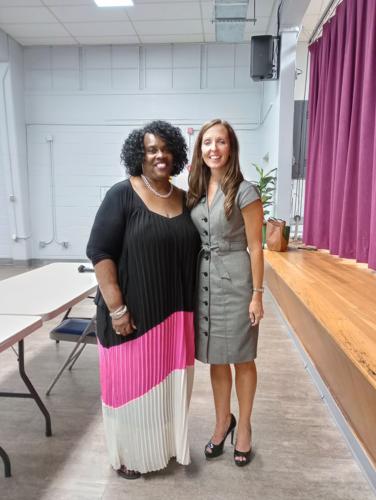 On Monday evening the Auburn Chamber of Commerce held its Ward 1 forum. Incumbent Connie Fitch-Taylor and challenger Arthur L. Dowdell Sr. were both scheduled to speak, but Dowdell canceled, leaving Fitch-Taylor alone to address the public.

It was the first of five forms sponsored by the Auburn Chamber of Commerce to give each candidate in the Aug. 23 municipal election a chance to engage with the public. About 30 people attended on Monday.

“I was excited that so many people came, especially with the weather looking scary, but it shows their passion for the community,” said Anna Hovey Auburn Chamber of Commerce President and CEO. “We’re excited that they were able to ask some questions to Mrs. Taylor.”

Fitch-Taylor addressed the public and then answered questions from the Chamber of Commerce and the audience.

As the incumbent, Fitch-Taylor spoke about her accomplishments since taking office. She mentioned her monthly ward meetings, the Northwest Task Force, the Auburn Proclamation for Juneteenth, and recognizing unsung heroes.

If elected, she said, her priorities would include holding the city accountable for infrastructure along the MLK corridor and working with Black stakeholders to create jobs in Northwest Auburn. She also wants to hire a liaison for the Auburn Police to work with young Black men. She also plans to work with the council on Phase 2 of the Boykin Center.

When asked if the development in downtown Auburn was healthy and successful for the city, Fitch-Taylor leaned on the side of local residents.

“Downtown Auburn is healthy and is successful in regards to Auburn University,” she said. Fitch-Taylor said Auburn needs a “downtown area that caters not only to students and visitors but to the entire community,” which drew strong applause from the audience.

Dowdell spoke to the Opelika-Auburn News on Tuesday morning.

“I was at a revival down in Mobile,” Dowdell said. “I had to make a decision whether to go to that revival or be at the forum. My job as a pastor is to fulfill my obligations as a pastor and that’s what I’ve done.”

He said the revival had been planned for months ahead of the forum.

“Unfortunately, we found out right as we started that Mr. Dowdell is not going to be able to attend,” Hovey said. “We’ll offer the questions to him in case he can answer it, because I know the Ward 1 constituents want to hear the answers.”

The Ward 2 Forum will be held Wednesday at the Chamber building. Incumbent Kelley Griswold and challenger Paul Smith are scheduled to speak. Doors will open to the public at 5:30 pm.