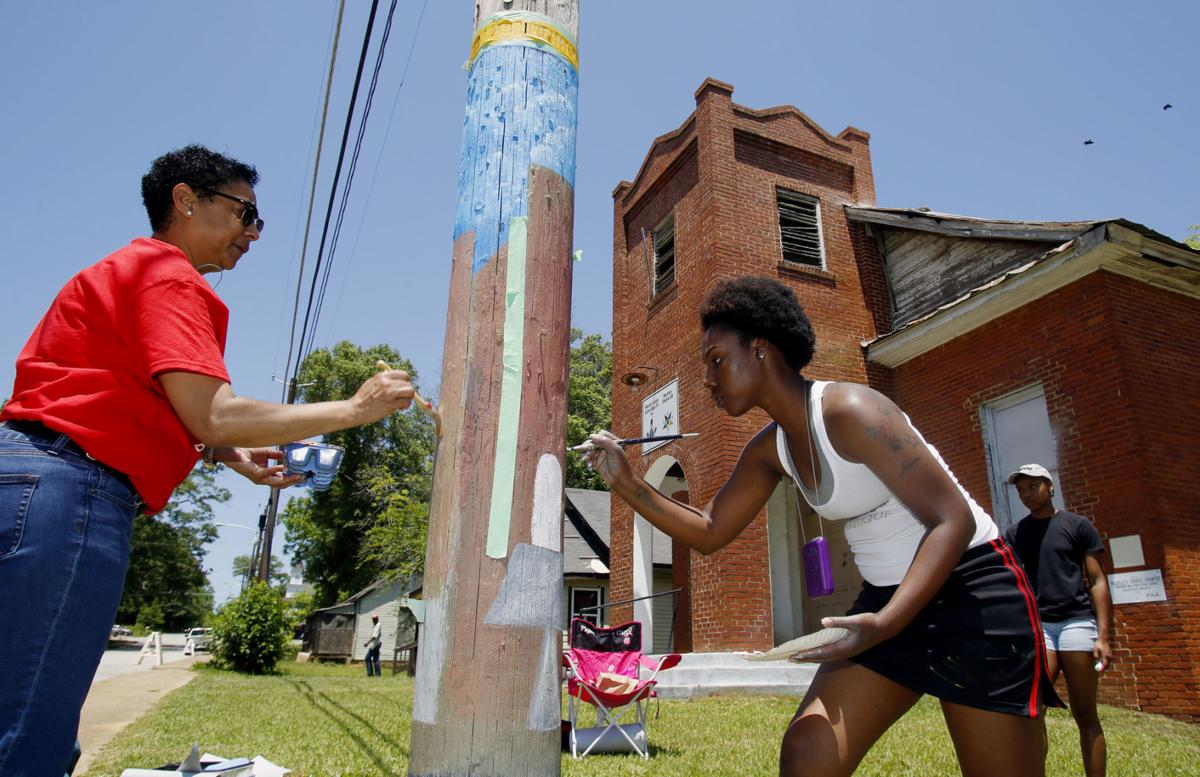 Street art by neighborhood residents was one of the first initiatives completed under the Carver-Jeter plan. 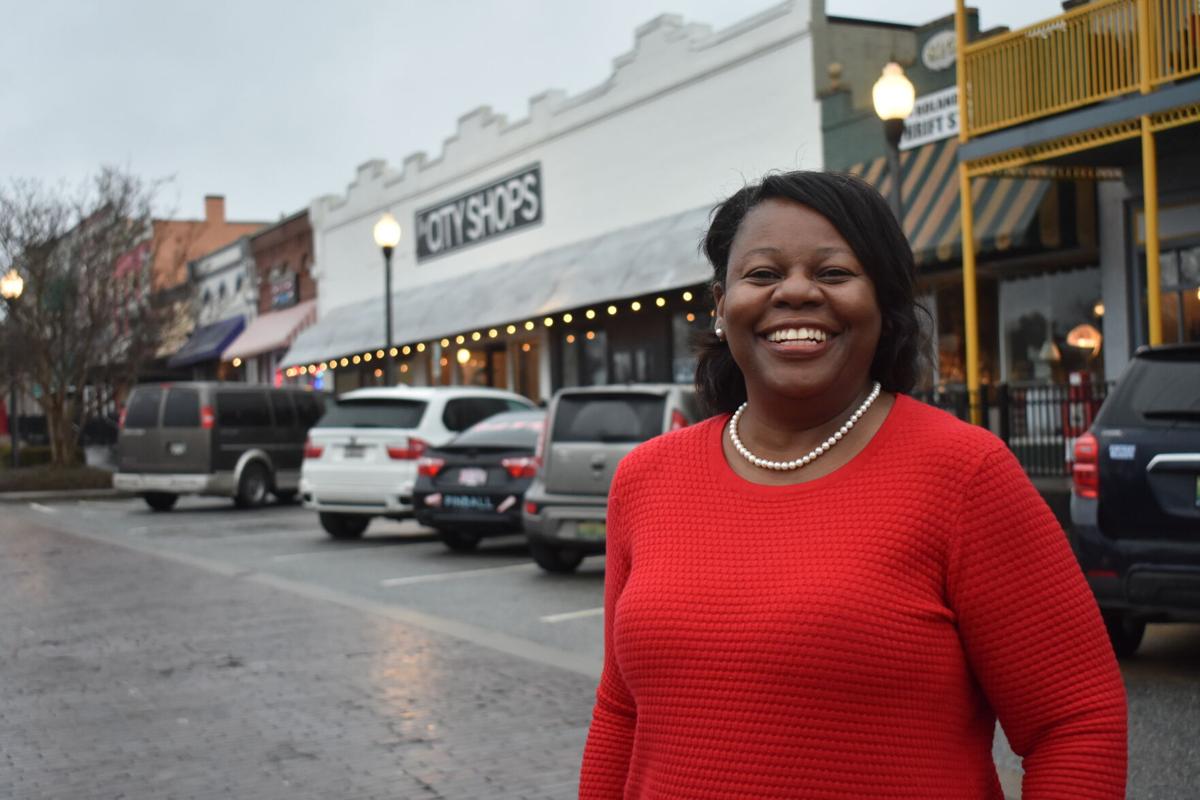 Opelika council members Erica Baker-Norris of Ward 2 and George Allen of Ward 1 have joined together to come up with ways to better connect the Carver and Jeter neighborhoods in their wards to the city of Opelika as a whole.

The Carver-Jeter Plan, which was introduced by former-Ward 1 Council member Patsy Jones in 1995, seeks to improve the quality of life in the area which Baker-Norris described as having a rich history of African American heritage.

“The Carver-Jeter neighborhoods have been historically inhabited by African-Americans, and the rich history of the area includes Dr. J.W. Darden, Opelika region’s only African American doctor in the early 1900’s, and Dr. W.E. Moton, an integral figure in the education system in the area as well. Also Dr. Ida Jackson, who was a former student and teacher at East Street High School, the first black high school [in Opelika],” Baker-Norris said.

While aspects of the plan have been completed, such as the renovation of the Covington Recreation Center, sidewalk improvements, area street art and the implementation of upgrades to Bandy Park, Baker-Norris said there’s still work to be done in improving the lives of those in the area.

Along with overall quality of life improvements, the plan lays out goals to improve the area’s employment opportunities, celebrate the heritage of the area, improve transportation and connectivity of its residents to the rest of the city and work to provide more affordable housing options for its residents, and Baker-Norris said among the first steps to implementing those improvements is the creation of community task forces by bringing different municipal officials and leaders of the community together.

Specific improvements laid out in the plan include the creation of educational summer programs for children, after school programs, renovations to the Opelika learning center, a full-time employee at Covington Recreation Center, improvements to parking and recreation at Bandy Park, renovations to historic markers in the area and the introduction of land-use regulations to ensure the creation of affordable, single-family homes.

Baker-Norris said funding for the improvement of the area could possibly come from a variety of sources, including the city’s general fund, federal funds from community development block grants and federal funds from the American Rescue Plan passed earlier this year.

“Our plan is nothing without implementation, and to implement this plan we need everyone on board,” Allen said. “I didn’t design the plan, but it was well-designed. It has a lot of meaning, especially to these areas, and I think all of us would like to see them preserved and make Opelika the greatest city in the area.”

15,000 told to evacuate from California fire

15,000 told to evacuate from California fire

Nurse thrilled to be back on pro bowling circuit

Nurse thrilled to be back on pro bowling circuit

If approved, the agreement and creation of the facility is expected to bring over 260 jobs to the area with an initial capital investment of $130 million.

The Wright Street parking deck in Auburn opened for public use Friday afternoon at 3 p.m., bringing 350 additional parking spaces to the city’…

A request to waive the 15-foot ground story height minimum for The Tracks, a planned project on property at West Glenn Avenue, was denied afte…

After over a year, Opelika Mayor Gary on Thursday ended the state of emergency in the city related to the emergence of the COVID-19 pandemic.

Lee County in no hurry to spend $33M in federal help

The good news is that $33 million in federal stimulus money has been earmarked for Lee County to spend on roads, sewers, broadband, bridge rep…

A new walking trail in Loachapoka has been dedicated to the woman who fought for its creation for years.

Street art by neighborhood residents was one of the first initiatives completed under the Carver-Jeter plan.