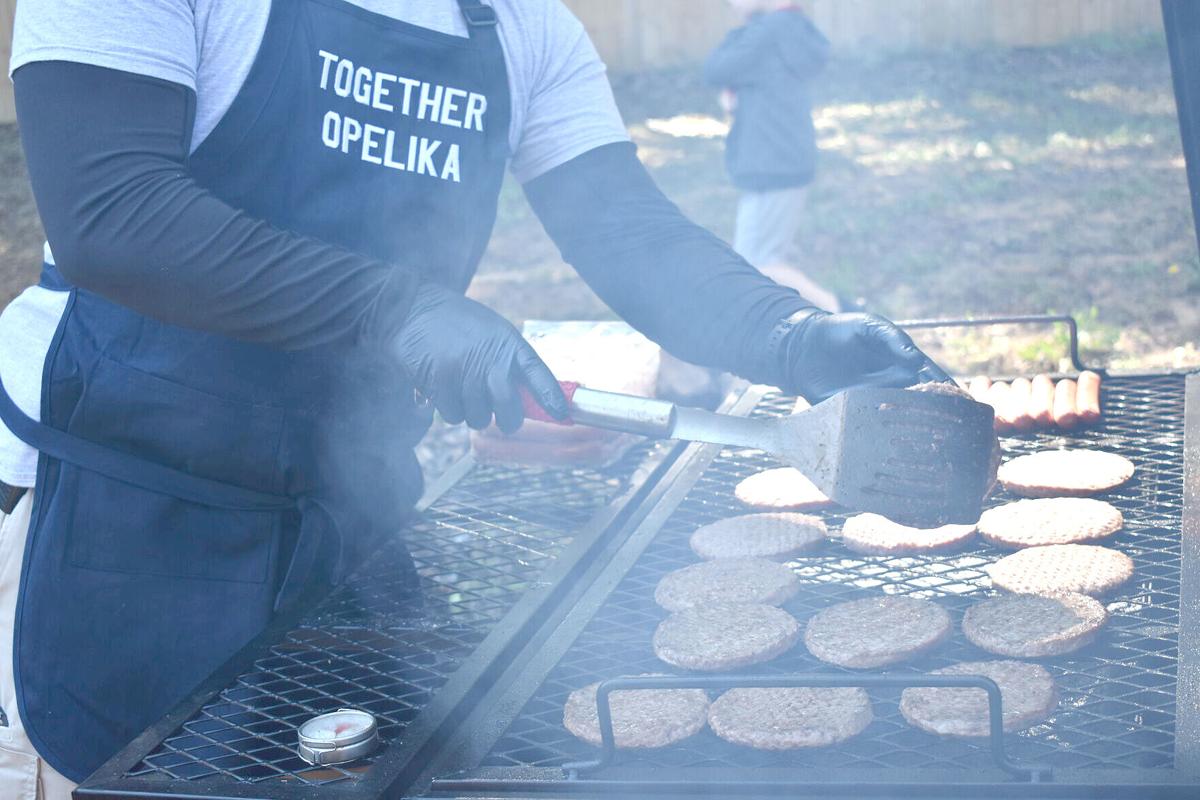 Opelika policemen grilled hamburgers and hotdogs for the block party at The Curtis House Saturday. 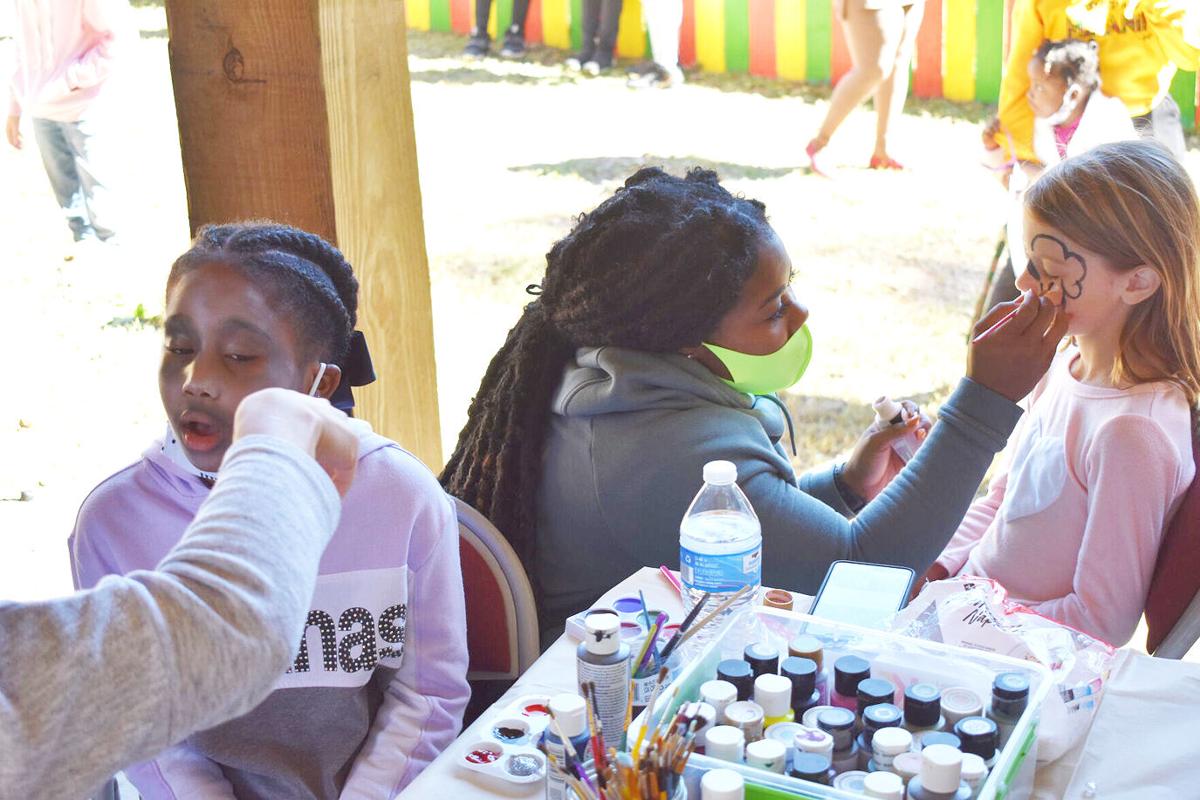 Children get their faces painted at The Curtis House party in Opelika Saturday.

Smoke from a grill and the sounds of music filled Jeter Avenue across from the Opelika Learning Center Saturday as people gathered at The Curtis House for a block party.

The nonprofit began with State Rep. Jeremy Gray’s (D-Opelika) work to honor the legacy of his great-grandfather, Lottie B. Curtis, and the work he did for his community.

“Everyone in the community gravitated towards him because he was a deacon at Greater Peace Church, he was a veteran after World War II in the Navy, he was a sharecropper at one time, he was a chauffeur at one time, so he had many skills,” Gray said. “He taught people how to drive, how to work cars and he even built his own house. … You can see the influence he had to this day and with this house. He was basically the best man I’ve ever known, and we just wanted to pay homage to him.”

The event featured face painting and arts and crafts for children, popcorn and cotton candy machines, educational pamphlets on racial inequality, dancing, sports and food -- the latter provided by the Opelika Police Department as a part of the “Together, Opelika” campaign.

Capt. Shane Healey sits on the board of directors for The Curtis House and worked burger-duty. He said many of his department’s officers drive through the neighborhood, but it’s important for them to actually get out and get to know the people.

“It’s about starting to build some relationships with the community, especially with the kids,” Healey said. “Most of the time we’re over here we’re on some kind of call, and we don’t really have time to get to know people, so doing something like this gives us an opportunity to build some friendships, have some conversations about life and get to know each other.”

The Curtis House provides training and guidance for all ages. According to board chairman Victor Harris, the goal of the organization is to “move our community to the next level” through financial literacy training for young adults, sustainable gardening education for children or connecting community members to educational or work programs.

“We’re creating pathways for the community towards success,” Harris said. “You have kids in this community who have so much potential, but sometimes they just get caught up. So now we want to create pathways to other options so these children can have these promising futures. … It’s all about service, and what you can give. Giving back to where I come from is right there above all the other services I could do. It means a lot.”

Watch Now: Travel issues continue with no end in sight

With the election for the new Opelika Ward 3 city council seat around the corner, the four candidates answered questions from the community at…

Auburn’s plan to redistrict its voting wards has been delayed again, to the City Council’s next meeting, as the city evaluates an alternative …

Out of concern it could be used as a “political hot button issue” in Auburn’s upcoming municipal elections, Mayor Ron Anders announced the Cit…

Opelika policemen grilled hamburgers and hotdogs for the block party at The Curtis House Saturday.

Children get their faces painted at The Curtis House party in Opelika Saturday.