Opelika Democrat challenges straight-ticket voting in Alabama, one of six states to allow it
0 comments
Share this
{{featured_button_text}}
1 of 2 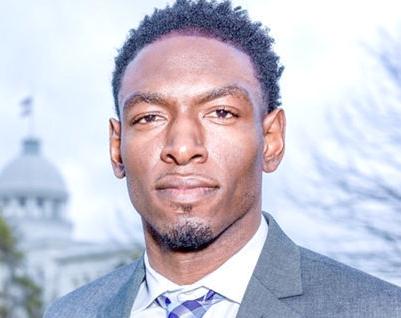 Jeremy Gray is pushing a bill during this year’s General Assembly to eliminate straight ticket voting in Alabama, a move the Opelika Democrat thinks would improve voter engagement.

HB 397, introduced earlier this month, would "eliminate straight political party ticket voting and provide further for the description of proposed constitutional amendments as they appear on the ballot,” it reads.

Alabama is one of just six states left in the U.S. that allows for straight ticket voting. Gray, a member of the House of Representatives for the 83rd District of Alabama, told the Opelika-Auburn News that the practice is common among both Republican and Democratic voters. Lee County election statistics show that about 34,000 such ballots were cast in the 2016 general election, with 58% in favor of Republican Party. In 2020, that number jumped to about 46,000 straight-ticket ballots, with 62% in favor of the Republican Party.

Gray’s concern is that voters may not be doing their full due diligence, opting to vote in one fell swoop, rather than looking at all the candidates running for each office. He said the practice costs Alabama higher quality public servants.

“There may be candidates who aren’t good candidates, but you are not looking at other candidates on the ballot,” Gray said. “… I think this is a better way to get more effective change and move the needle as a state.”

The House Democratic Caucus supports the bill, but so far no Republicans have signed up as co-sponsors. Representatives Joe Lovvorn (R-Auburn) and Debbie Wood (R-Valley) said they were open to considering Gray’s bill, but they hadn’t read it yet.

“I'm open to anything that allows people in Alabama to vote the way they want to vote, right?” Wood told the newspaper.

After years of wanting to improve roadways along Interstate 85, local lawmakers have secured about $45 million in federal and state dollars to…

Heads up: The detour at the intersection of Farmville Road and North College is now up and running

Motorists will see signs directing them to a detour at the intersection of Farmville Road and North College Street beginning Monday.