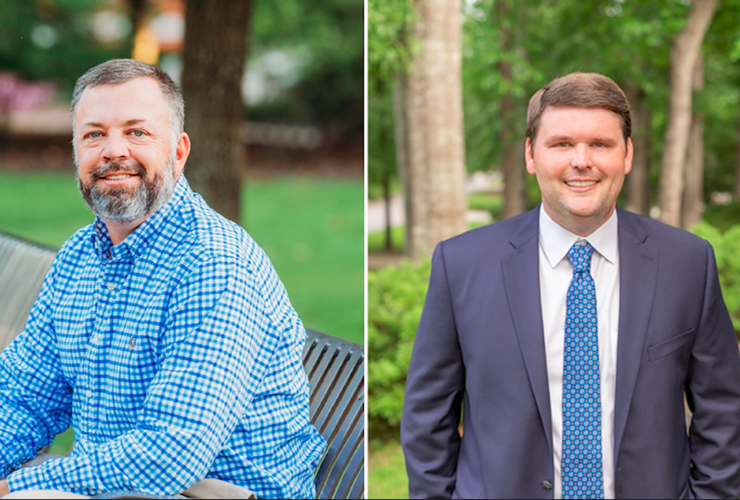 Chad Leverette, left, stepped down Tuesday from the Auburn municipal election race for Ward 4. Tyler Adams is now the sole candidate for ward 4. 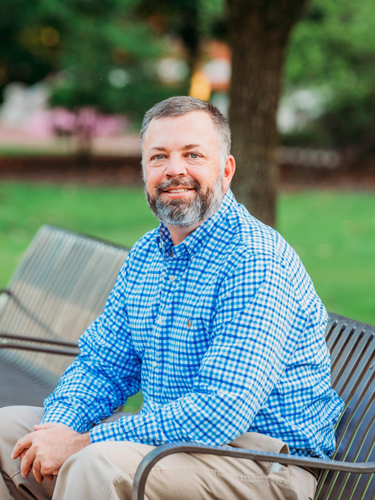 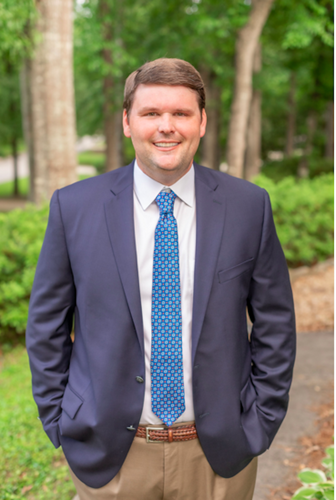 On Tuesday afternoon, Chad Leverette, candidate for the Auburn City Council’s Ward 4 seat, announced he was stepping down from running for office. In an email to Opelika-Auburn News, Leverette, one of the last candidates to qualify to run, cited health reasons for his decision.

Leverette’s exit leaves Tyler Adams as the sole candidate for Ward 4 and unofficially elected to the city council.

In circumstances where there is only one candidate, the City of Auburn treats the election in the same manner as an existing council person who runs unopposed in an election. That means there will be no ballot for Ward 4 in the Aug. 23 municipal election.

“If a candidate drops out and there’s only one remaining candidate, basically now there’s only one candidate that has qualified according to election language,” said David Dorton, Auburn’s director of public affairs. “So, we go back to the council declaring them elected, essentially.”

Jennifer Stephens, who was voted in by the city council in June to fill the unexpired term of former Ward 4 councilman Brett Smith, will continue to hold her position until the first Monday in November, when Adams is sworn in with the rest of the new council.

“I’m incredibly humbled and grateful to be given the opportunity,” Adams told Opelika-Auburn News on Tuesday afternoon. “I’m really looking forward to putting in the work to help make our community a better place to live for all our families. I wish Chad and Holly Leverette the very best.”

Tyler Adams has lived in Auburn since 2012. Originally from Etowah County, he received his undergrad from Auburn University and returned to town after earning his law degree from Mississippi College School of Law.

Adams currently works as a strategic sourcing and contract officer for Auburn University. He and his wife also own two local dentist offices. Adams says a large part of his decision to run for city council was to provide a positive experience for his daughters as they grow up here. Adams sees the city’s growth as powerful but wants to make sure that growth is handled wisely.

“We need to be able to harness that power and create a positive environment for our citizens, specifically our families,” Adams recently told the Opelika-Auburn News.

Adams said he wants to make sure the town’s infrastructure, parks and recreation, and economic development keeps up with the growth. He also wants to keep Auburn safe. He believes it is “vitally important” that Auburn have a diversity of commercial and industrial businesses.

Chad Leverette is a long-time business owner who was raised here in Auburn. He has owned University Carpet Cleaning for 21 years and has worked in law enforcement for 23 years. He is currently a probation and parole officer with the State of Alabama. Leverette sees both positions as being valuable assets if he had been elected to the city council.

While campaigning for the Ward 4 seat, Leverette echoed Adams’ concerns about how Auburn’s growth is handled. “We’re one of the fastest growing cities in the state right now,” Leverette said, “and I would just like to see responsible growth within our city.”

Wow! Scientists strap tiny trackers onto giant moths to figure out how they migrate

Wow! Scientists strap tiny trackers onto giant moths to figure out how they migrate

Chad Leverette, left, stepped down Tuesday from the Auburn municipal election race for Ward 4. Tyler Adams is now the sole candidate for ward 4.