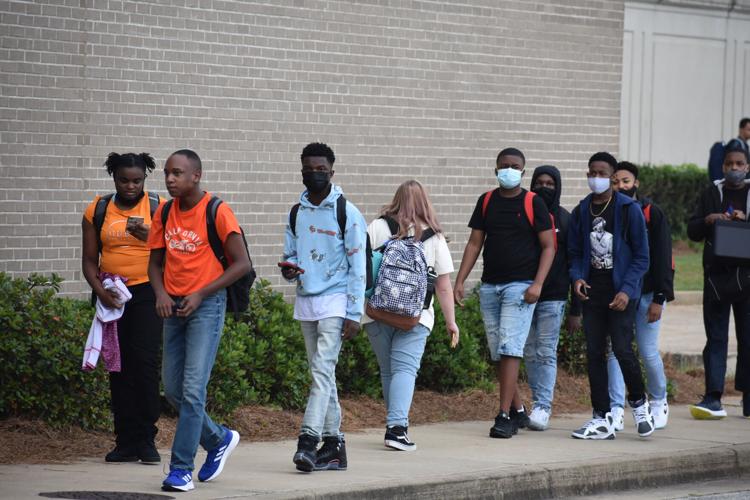 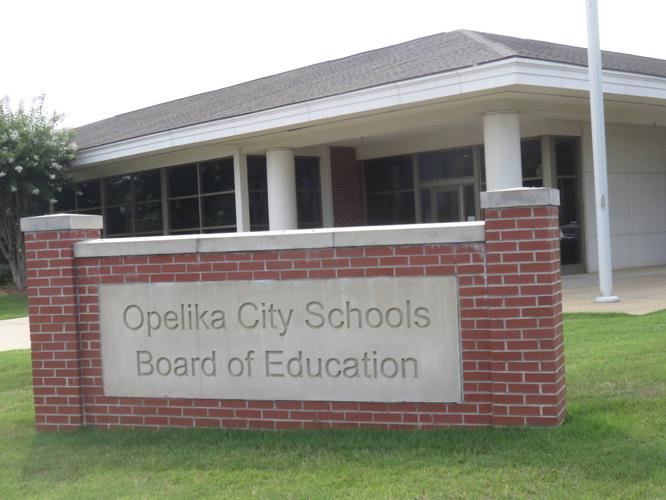 The Opelika City Board of Education is considering updating the dress code policy for all Opelika City Schools. After revisions are made, it will be voted on at the next meeting in July.

Opelika City Schools is moving forward with plans to update the dress code policy for students for the upcoming school year.

The Opelika Board of Education first introduced the possible changes to the dress code policy at a meeting in December, and after making a few changes, brought it back to the agenda on Tuesday as an information item.

Becky Brown, director of public relations for OCS, said items that are going to change the policy manual have to first be presented as an information item and cannot be voted on until 30 days later.

Brown and OCS Superintendent Farrell Seymore are both hopeful that the new dress code policy will be voted on and approved at the next board meeting, in July.

“We just feel with simpler guidelines that the understanding between the students and the administrators will be better and there will not be as many instances of questioning the policy,” Brown said. “We feel like these new policies are very reasonable for everyone, and we feel like it will increase the goal of having students in the classroom.”

Seymore said that they have worked on the process of updating the dress code policy for a long period of time, more than a year, and he hopes to start the upcoming school year by approving it.

“I think what we have is certainly a solid standard of expectations that’s clearing communicated,” he said. “In the event that there’s something that we need some flexibility on, we can use our discretion.”

It also lists the following:

Students must wear clothing that covers the area from the shoulders to mid-thigh.

Pants, shorts, and skirts must be worn at the waist and should fit properly.

Skirts, shorts, and dresses must be mid-thigh or longer in front and back.

Undergarments must be worn in an appropriate manner and should not be visible.

Tops must have sleeves with a minimum width of 2 inches.

Pajamas should not be worn to school.

T-shirts or any other type clothing or personal item bearing a reference to firearms, weapons, alcoholic beverages, tobacco products, drugs, drug-related slogans, sexual references, gang affiliation and/or any other wording, drawings, pictures, etc., which in any way can be interpreted as suggestive, obscene, or relating to violence, etc. are not permitted.

No sunglasses, hats, hoods, or other head coverings are to be worn during the regular school day.

Students are required to wear appropriate shoes to school at all times—no bare feet.

“We feel comfortable at this point presenting this,” Seymore said. “It’s a much more slimmed down version compared to the current policy in place. We feel like it will make it a bit more up to date, but also hold strong standards for dress.”

These proposed changes say shirts won’t have to be tucked in, belts will no longer be required, and previously prohibited types of pants will now be allowed.

The new policy also got rid of specific names of clothing items that have gone out of date.

This new code is basically the same as what was presented at the December meeting with the one main adjustment involving head coverings. The previous proposal only listed hats and hoods as not being allowed, but after much discussion, it was decided to add head coverings to the list.

OCS was considering allowing certain head coverings as some female students want to wear bonnets when they haven’t been able to go to the salon to get their hair styled and don’t want to be teased by classmates.

Seymore said he received feedback from teachers who told him that allowing head coverings would make it more difficult for them to see if the student had ear buds in, tell if the student was paying attention and recognize the students in the hallway.

Kelli Fischer, the new principal of Opelika High School, said that one female student was sent over to Southern Union State Community College to take a test at the end of this school year, but because she was wearing a bonnet, she was not allowed in the testing center as it’s against the college’s rules.

Because OCS is preparing students for college, including the college environment and rules, Fischer said it would be a good decision for OCS to have a similar rule of prohibiting all types of head coverings, hoods and hats.

Even though the new policy does prohibit these items, Seymore said the administration would be able to make exceptions under certain circumstances including religious reasons, an illness, head injury, etc.

OCS believes this new policy will give the students more freedom and flexibility while still requiring them to dress appropriately.

The Opelika City Board of Education is considering updating the dress code policy for all Opelika City Schools. After revisions are made, it will be voted on at the next meeting in July.