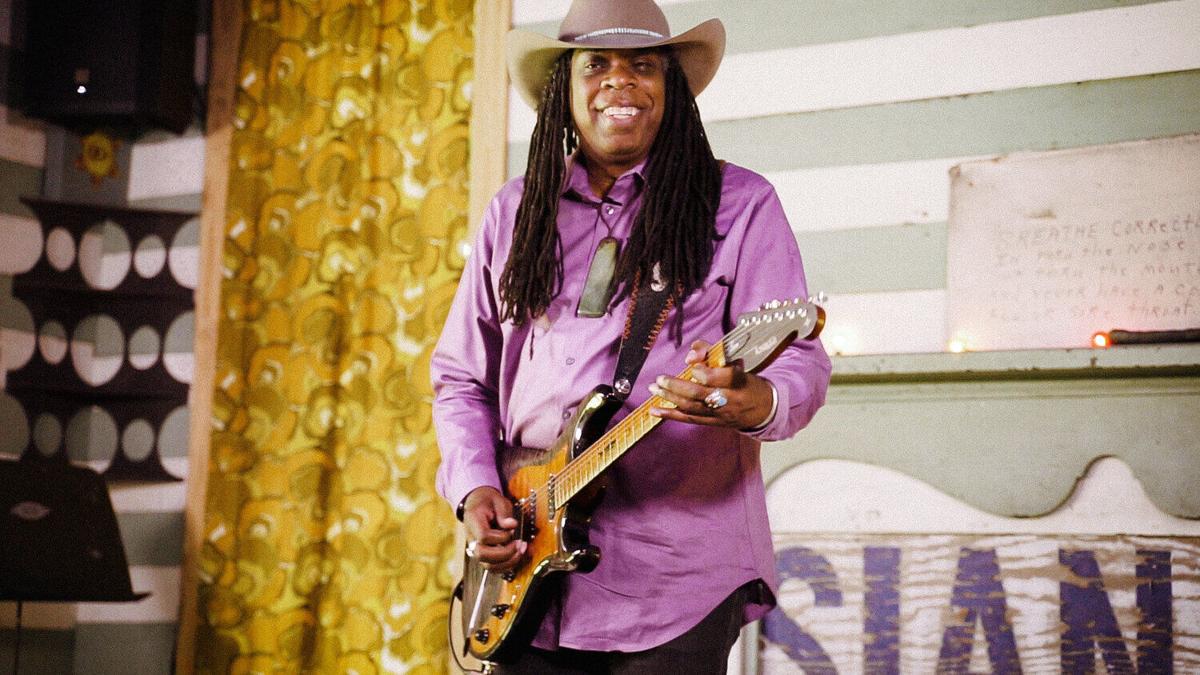 Musician Larry Mitchell performs at the Standard Deluxe in Waverly for the Southbound Sessions, a video concert series set to be released Friday. 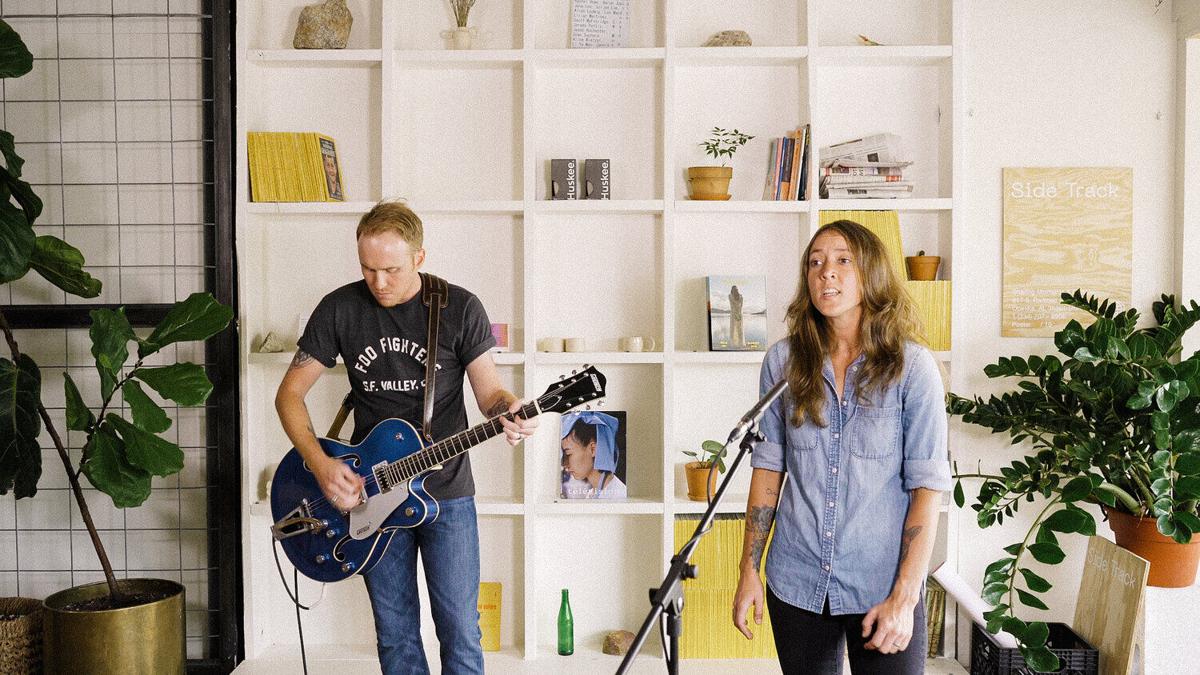 Sylvia Rose Novak performs at Side Track Coffee in Opelika for the Southbound Sessions, a video concert series set to be released Friday. 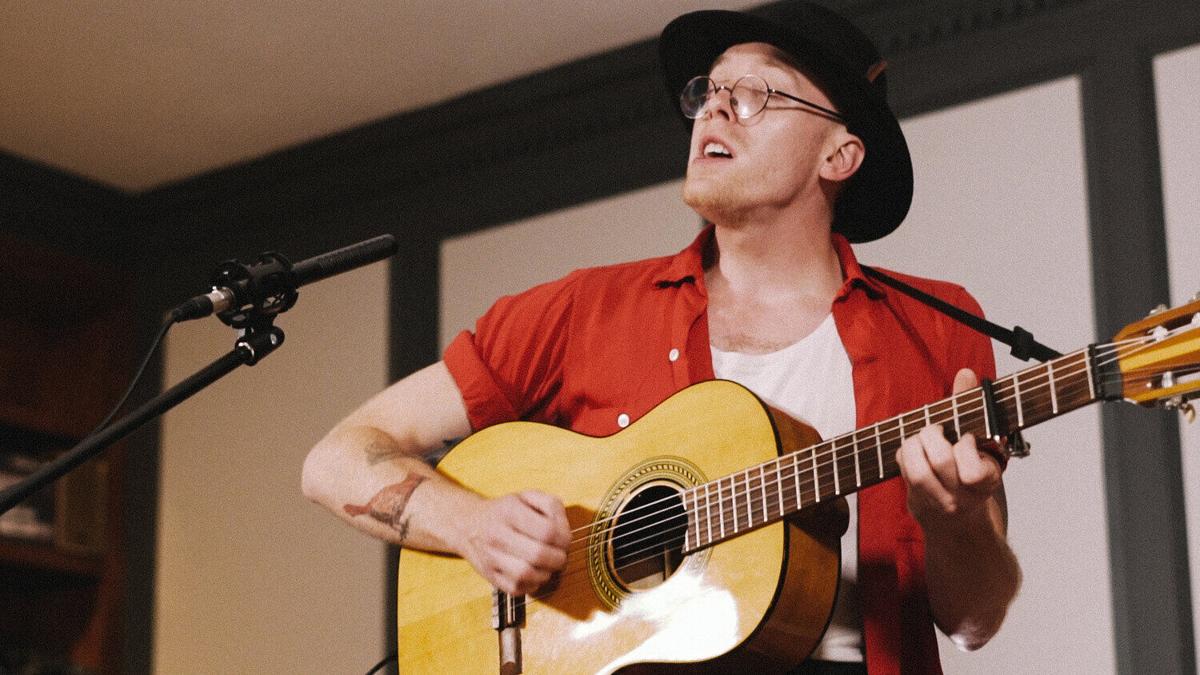 Musician C.A. Jones performs at 10,000 Hz. Records in Opelika for the Southbound Sessions, a video concert series set to be released Friday.

Local musicians and businesses will be showcased in a live concert video series to be released this Friday at a viewing party at the John Emerald Distillery.

The first three episodes of the Southbound Sessions are set to drop in conjunction with the socially distanced video concert inside the distillery’s production room from 6-9 p.m. and will feature local artists Larry Mitchell, C.A. Jones and Sylvia Rose Novak.

All community members are invited to attend and admission is donation only, though everyone who goes will be asked to wear a mask and remain 6 feet away from others.

The web series was produced by the Hueman Collective, a creative group of Lee County residents that formed about two years ago who wanted to bring attention to the music and venues that Auburn and Opelika have to offer, and the first three episodes were filmed inside 10,000 Hz Records, the Little House at Standard Deluxe and Side Track Coffee.

Henry Williford, a member of the collective, said the goal of the group and projects like the Southbound Sessions was to tell the stories of locals making a difference in their communities.

“We do it to build a better community, a more close-knit community,” Williford said. “Southbound Sessions was dreamt up quite a while ago. We knew that Auburn and Opelika had a really vibrant music scene and music culture that some people were very closely connected to and others may be totally unaware of, so we just thought, ‘How can we help give a platform to local artists and be able to do some storytelling through that?’”

Williford said the Southbound Sessions came about by his own longing to watch live music again and trying to recreate the intimate feeling of seeing an artist live while making it safe during the COVID-19 era.

“When the pandemic hit, local music and live concerts went to the wayside for safety reasons, and I think I’m not alone in really missing live music and the intimate connection you get from being able to go to a concert and watch a musician play and support them,” Williford said. “The Southbound Sessions were able to fill that need as well, and the performances are all filmed in one take where you get this intimate feeling like you’re at a live concert rather than this really polished music video.”

Mitchell, a Grammy-winning producer, guitarist and Opelika resident, said he first became involved with the Hueman Collective after performing in a concert they held to benefit victims of the tornadoes that ravaged East Alabama in 2019. When they asked if he’d take part in the Southbound Sessions and play at the Standard Deluxe, home of the Old 280 Boogie, he accepted.

“There’s a lot of great musicians and artists here, and anything I can do to help, I will,” Mitchell said. “When I used to come down here to visit my mom and my grandmother in the early 2000’s, there didn’t seem to be a lot going on in downtown Opelika, and it’s awesome what’s happening down there now. It looks amazing, there’s a great vibe down there and people are hanging out, and that’s a wonderful thing for the community. The more music can be a part of that, the better.”

Novak, an Opelika resident and musician who performed her set with her husband at Side Track Coffee in downtown Opelika, said she thought 2020 was going to be her group’s year after their fourth album got a lot of press and they’d planned a national tour, but all of that changed when the pandemic hit.

“I got a premiere in Billboard and was so excited to feel like I was finally getting my feet under me in this industry, and then it was like, ‘Oh well, your whole year is cancelled,’” Novak said. “I coped with it by making a rock record.”

Novak said she helped partner with Williford to set up the tornado benefit concert in 2019 and jumped on board with the Southbound Sessions to further promote her community when the Hueman Collective asked if she wanted to play.

“I’m a big proponent of community. I don’t think I would have been able to do the things that I’ve done without all of the support that I had from a lot of other artists in the community when I first started off,” Novak said. “I always wanted to return the favor, and I don’t have a lot of resources but I can stay involved, and that’s my way of contributing.”

The first three episodes will make up Volume One of the Southbound Sessions, and Williford said the Hueman collective has plans to showcase even more local musicians and businesses in the future.

“Volume One is kind of like our proof of concept, but there’s so many more musicians and cool local spaces we want to be able to feature,” Williford said. “We thought if we could get this out, we could raise some awareness and maybe whenever Volume Two comes around there’ll be even more of an audience we’ll be able to reach with these performances. We have big hopes and dreams for it.”

Tony Cleaves calls himself “a simple guy who owns a meat store.”

After years of wanting to improve roadways along Interstate 85, local lawmakers have secured about $45 million in federal and state dollars to…

Opelika Democrat challenges straight-ticket voting in Alabama, one of six states to allow it

Jeremy Gray is pushing a bill during this year’s General Assembly to eliminate straight ticket voting in Alabama, a move the Opelika Democrat …

Chuck’s Bar-B-Que in Opelika is working to reopen Friday after sustaining damage from a grease fire Wednesday evening.

Musician Larry Mitchell performs at the Standard Deluxe in Waverly for the Southbound Sessions, a video concert series set to be released Friday.

Sylvia Rose Novak performs at Side Track Coffee in Opelika for the Southbound Sessions, a video concert series set to be released Friday.

Musician C.A. Jones performs at 10,000 Hz. Records in Opelika for the Southbound Sessions, a video concert series set to be released Friday.