Milley defends call to Chinese at end of Trump presidency

Juneteenth celebration, march planned for Friday in Opelika
0 Comments
Share this
{{featured_button_text}}
1 of 2 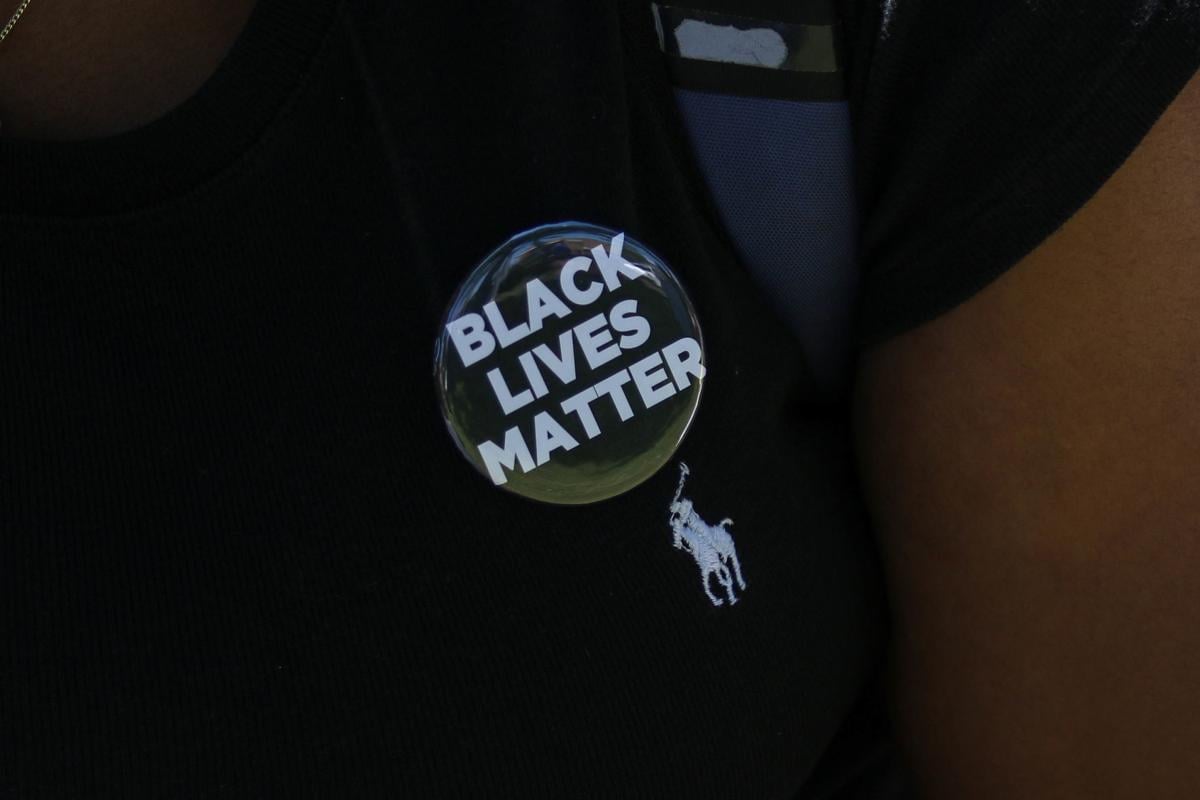 A Juneteenth celebration and march for social injustice are planned for Friday in downtown Opelika to celebrate what is known as Freedom Day for African Americans in the United States. 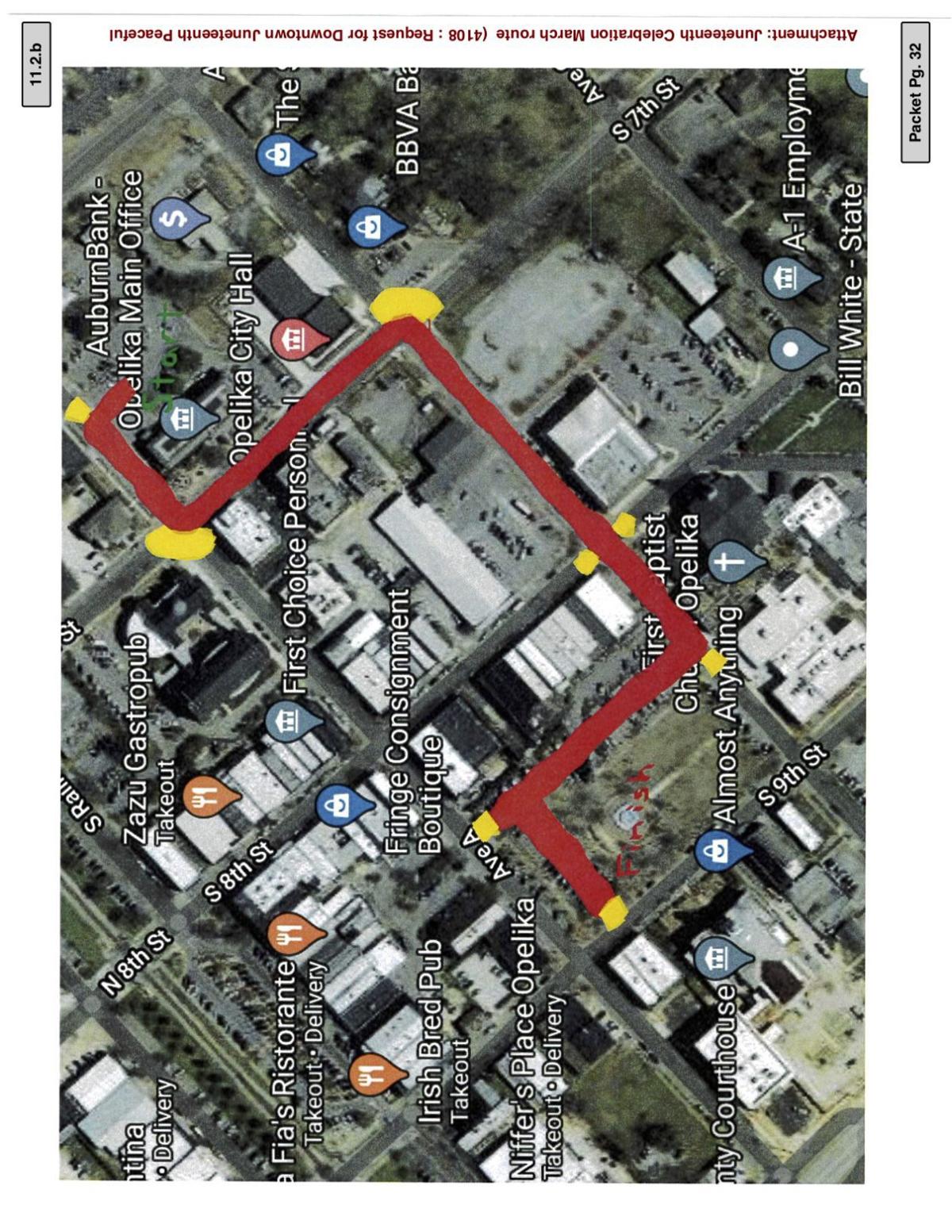 This map shows the route of Friday's march in downtown Opelika.

Many Lee County-area residents will come together Friday night in downtown Opelika to celebrate one of the most important dates in American history — Juneteenth.

Juneteenth, also known as Freedom Day, is the oldest nationally celebrated commemoration of the end of slavery in the United States, dating back to June 19, 1865 when Maj. Gen. Gordon Granger made it to Galveston, Texas, with news that the Civil War was over and that those enslaved were free.

This year’s celebration in downtown Opelika will blend a Juneteenth festival along with a march for social injustice.

“We did not want to neglect that, that we were still marching and being a voice for that particular movement,” Janataka Holmes, event organizer, said. “I did want to focus on our Juneteenth, more so even with what we’re taking away from so much of the negativity and put a little positivity in that atmosphere with our Juneteenth event as well.”

News of The Emancipation Proclamation, signed by President Abraham Lincoln on Jan. 1, 1863, took more than two years to make its way to Texas.

“Right now you just pick up the cellphone,” Henrietta Snipes, an Opelika native and former organizer of local Juneteenth celebrations, explained about the two-year delay. “It (news) didn’t get around like it does now.”

Juneteenth, Snipes explained, is basically an Independence Day for African Americans in the country but celebrations of the day typically didn’t begin until the 1990s.

“Pretty much in the 90s you start to see them start, people really start to celebrate them and actually have a national Juneteenth committee,” Snipes explained.

Although celebrations didn’t pick up steam until a few years ago Snipes believes the day is important to celebrate.

“It’s important for everyone to know and celebrate because it does remind us of the freedoms that we have,” she said. “The biggest thing is to instill that pride in knowing that you are free and you’re just as important and just as good as anybody else that walks on the world.”

Snipes added that although it is a day known to many, there is a lot of work to be done to spread of the word about Juneteenth.

“There are just so many areas where it is still new and fresh,” she said. “We’re still trying to get it out there even though it is more widespreadly known now.”

Friday’s Opelika Juneteenth celebration takes place during an important moment in history where people are beginning to demand change. That’s why Holmes decided to include a march at the celebration and not a protest.

“I wanted people to see that we’re not standing still in a protest,” she said. “We’re actually marching, we’re moving somewhere with ideas and we have an expected outcome of what we’re doing not just marching just for the sake of marching or protesting.

The event, which is set to begin at 5:30 p.m. at Courthouse Square, will also include voter registration tables; something Holmes feels is an important step in creating change.

Besides the march, Opelika’s Juneteenth celebration will include music, vendors, food, spoken word poetry and speeches from figures in the community. Snipes will be speaking about the history of Juneteenth.

Opelika-native and actor Jock McKissic will be leading rally prep before the march begins.

“He does our rally prep which will be some talks and pumping up from him and then we’ll be off to the march,” Holmes explained.

Those participating in the march will when make their way to Opelika City Hall on Avenue A. The group will march to South Seventh Street to Avenue B before returning to Courthouse Square.

Following the march, a group of speakers will speak about ‘where do we go from here,’ Holmes said, before the event comes to a close about 8 p.m.

Community members off all ages, races and sexes are encouraged to participate in the celebration because the day is about more than just the African American community.

“We want people to understand that Juneteenth is not just about the black community,” Snipes said. “That it’s about the community as a whole.”

Those participating in the march and celebration are encouraged to wear masks and practice social distancing due to the COVID-19 pandemic.

Ford to invest $11.4 billion in Tennessee and Kentucky

Rob’s Ribs to close Sunday after six months in business

'Because no dog should go to Heaven without tasting chocolate': Animal hospital stocks up on Hershey's Kisses

All it took was one post for Smiths Station Animal Hospital to go viral.

At Melanin Café in Opelika, learn about local Black history while you order your coffee

“We learned about Black history in school, but we only got civil rights, Martin Luther King and Rosa Parks,” Hixon said. “I wanted to bring forward people we don’t really know about, people like inventors, scientists and doctors.”

In the '90s, Amsterdam Café was a place for Dutch-style games and draft Heineken.

'We want to make sure that you feel safe': AU holds town hall after recent sexual assault reports

Opelika 7-year-old's lemonade stand started when he asked his mom, 'How can I get a dirtbike?'

Isaac Jones, a 7-year-old at Carver Primary School in Opelika, wants to be a lot of things when he grows up: a truck driver, a professional di…

A Juneteenth celebration and march for social injustice are planned for Friday in downtown Opelika to celebrate what is known as Freedom Day for African Americans in the United States.

This map shows the route of Friday's march in downtown Opelika.