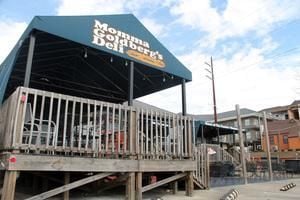 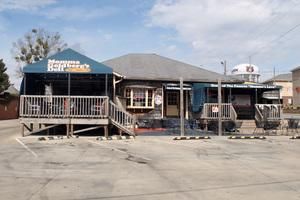 A little love can go a long way over the course of 40 years.

“The love of that brand is really what’s driven the development of it,” said Nick Davis.

Davis, who became president of Momma G’s Inc. when founder Don DeMent stepped down as its director of the board last spring, knows what goes into making love a main ingredient at one of the longest-running restaurants in Auburn, Momma Goldberg's. He and others associated with the sandwich-serving Auburn staple hope to help showcase that in celebration of the restaurant’s 40th anniversary later this year.

“I think there are some great business stories to tell,” Davis said. “I think it’s a great story about Don and Betty (DeMent) and also just the brand icon that Momma G’s has become over the years.”

A book is in progress to commemorate the 40th birthday of Momma Goldberg’s, which has been serving up its famous Momma’s Love steamed sandwiches since it opened on the corner of Donahue Drive and Magnolia Avenue in September 1976.

According to Davis, the book will showcase the history of the Momma Goldberg’s brand, telling the tale of how it went from local eatery to Auburn icon to regional franchise with 27 locations, staying true to its origins along the way.

“Obviously any story about Momma Goldberg’s is going to be a story about Don DeMent, the founder,” Davis said. “It kind of talks about Don and Don’s beginnings, how he met Betty, and Betty's involvement in it as well.”

Davis explained that DeMent first ran a men’s clothing store in the location of the original Momma Goldberg’s and that Don and Betty had their first date there and eventually ended up living in the space.

“And then the conversion of, Don realized that the students weren’t really dressing anymore because it was flip flops and shorts and not dress clothes. So he realized his current business model was not going to work any longer, and so he made the decision to get out of his clothing store and had to come up with a concept,” Davis said.

“He came up with the idea of Momma Goldberg’s. The book talks about their life and then the start of the restaurant, and actually that’s about where we are as far as writing goes.”

The book is being written by local author Mary Ellen Hendrix, who said she feels privileged to be able to help preserve a piece of local history.

“Everyone who has cherished memories of Momma’s will enjoy this keepsake, but also those who are interested in Auburn history in general,” Hendrix said. “I have known Don and Betty DeMent and loved them and their deli for decades, and am honored to play a small role in the 40th birthday celebration of Momma Goldberg’s.”

In addition to DeMent’s history, the book will also highlight memories from Momma Goldeberg’s customers over the years — from first dates to engagements at Momma Goldberg’s, to memorable meals with friends and family.

“We’re actually reaching out on social media — both Facebook and Instagram and our website -- and just really asking for any memories that people have that they want to share and for possible inclusion into the book,” Davis said.

DeMent said the book will be a way to not only collect Momma G’s memories all in one place, but to maintain them as a evidence of those who have supported the restaurant over the years.

“It’s a testimony of the brand’s loyal fans, and a unique way for them to keep their own memories of special times alive,” DeMent said.

The book has a working title of “Momma’s Love," and Davis hopes that its publication will help spread Momma Goldberg’s loving message not only to longtime fans, but also to future friends of the establishment.

“You get away from Auburn and you have a lot of customers who don’t even know where the brand started, so I think it’s a great story to tell,” Davis said. “I think it’s a great story of Don’s ability to say, OK, all of a sudden my business model has gone away because things have changed in society and that he’s gone in a whole different direction, and that he’s taken that building that he sold men’s clothing out of and created a sandwich shop out of nowhere.”

Momma Goldberg’s 40th birthday is Sept. 25, 2016, and Davis said the restaurant will have promotions throughout the year in honor of the anniversary.

Visit mommagoldbergsdeli.com for information on how to submit a story.

“It’s a testimony of the brand’s loyal fans, and a unique way for them to keep their own memories of special times alive."

Dozens of young black men showed up to Opelika High School Saturday for talks on policing, mental health, voting rights and more for the 4th a…

Mary Kathryn Whatley said she’s been baking as long as she can remember.