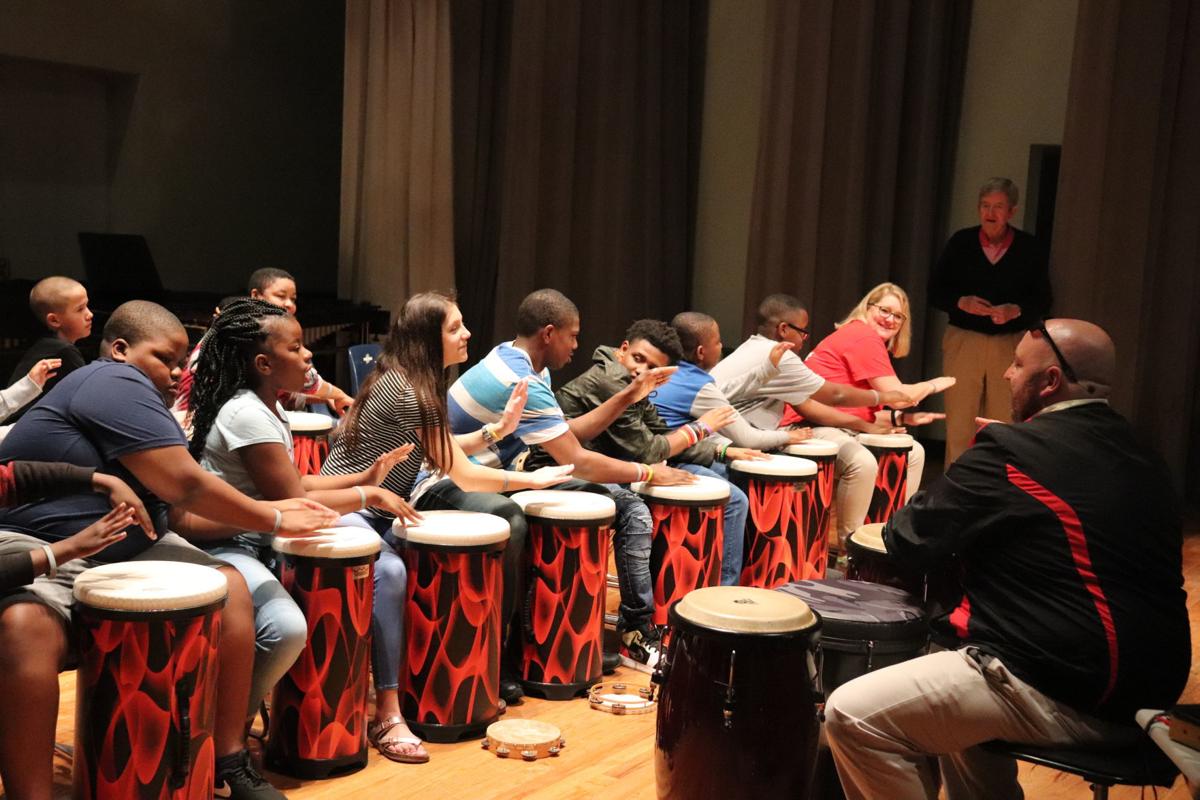 The "OMS Revolution" drum ensemble rehearses for their upcoming performance at the AMEA conference Thursday. 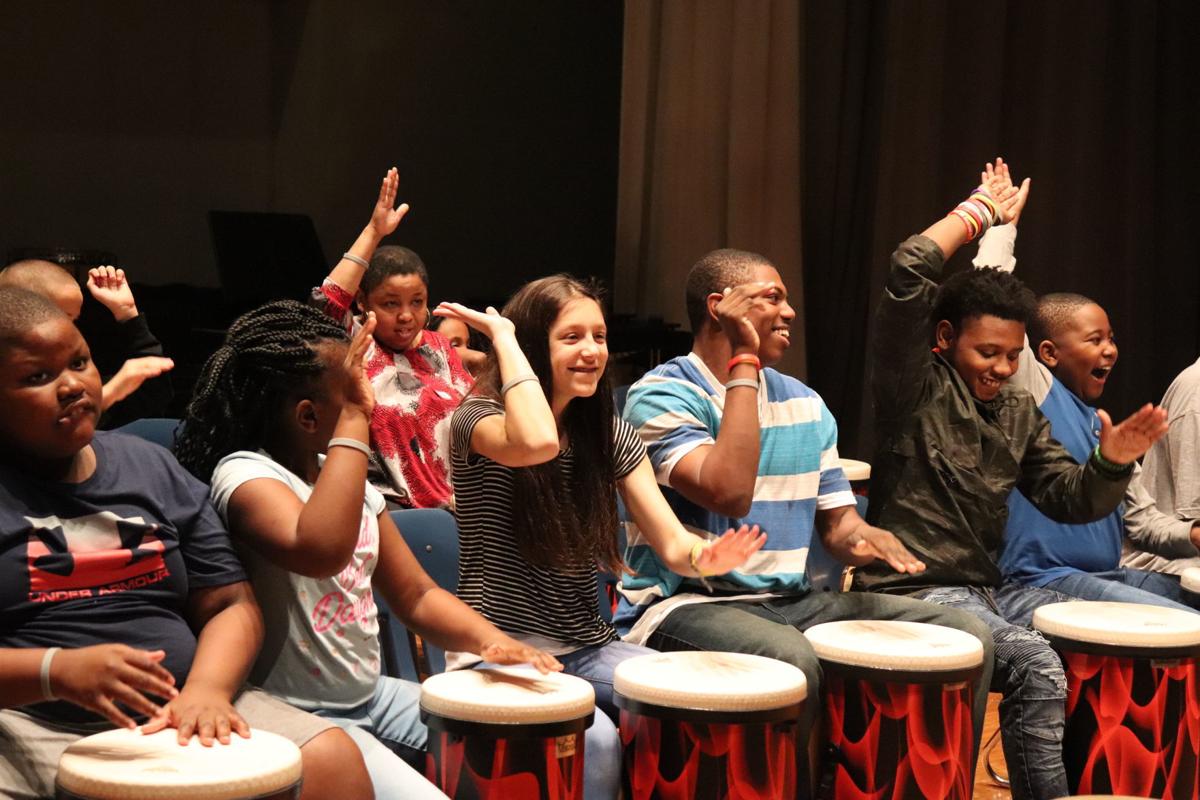 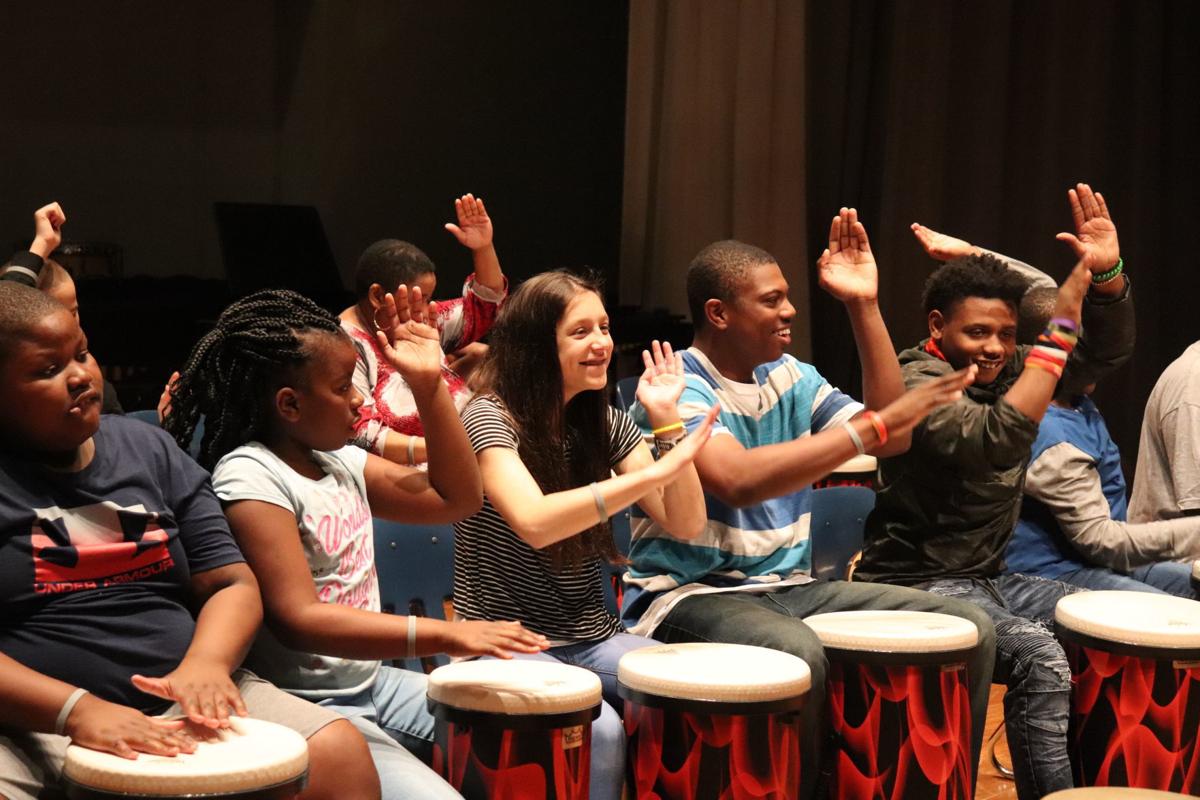 The OMS Revolution drum ensemble rehearses for their upcoming performance at the AMEA conference Thursday in Montgomery.

The OMS Revolution is taking its act on the road.

Mike McGlynn, associate band and percussion director for the middle school, got the idea to start a music class for the school’s students with special needs last year.

“I wanted to give these kids the opportunity that everyone else in the school has with music in Opelika City Schools,” he said. “I feel that this gets them out of their normal routine and get to experience something that means so much to everyone: music.”

The Revolution is an ensemble of 20 students spread over two classes at the middle school. The group meets each week to practice, using drums by instrument manufacturer Remo that use “comfort sound technology” — softer drumheads that give off a lower frequency sound which doesn’t overwhelm the students.

Opelika Middle School is one of a small handful of schools in the state that have similar programs, according to McGlynn.

For the AMEA performance, OMS Revolution will perform with seven other schools from around the state Thursday morning, both together and solo.

“They’re super excited and nervous because some of them have never performed in front of a crowd or audience before,” said Keith York, the school’s principal. “They enjoy playing and you can tell by the reactions on their faces when they’re playing.”

In addition to York’s support, McGlynn expressed how grateful he was for the support from the student’s teachers, the school’s special education coordinator and Opelika City Schools’ superintendent Mark Neighbors.

“(This) group of kids brightens my day every time I see them and get the privilege to work with them,” McGlynn said.

Harvey Updyke, the man who poisoned Auburn’s famed Toomer’s Oaks, has died, according to a media report.

East Alabama Medical Center saw a decline in the number of COVID-19 patients, but hospital officials are still concerned about the number of p…

The "OMS Revolution" drum ensemble rehearses for their upcoming performance at the AMEA conference Thursday.

The OMS Revolution drum ensemble rehearses for their upcoming performance at the AMEA conference Thursday in Montgomery.