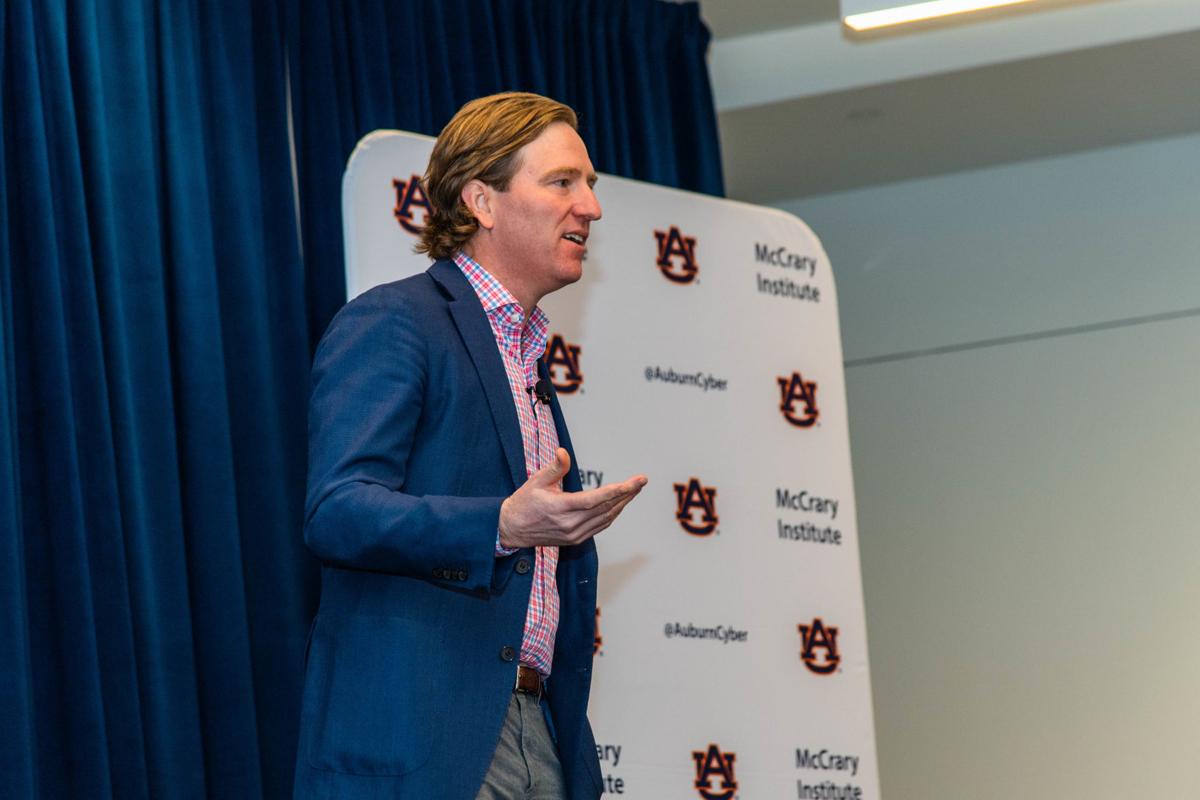 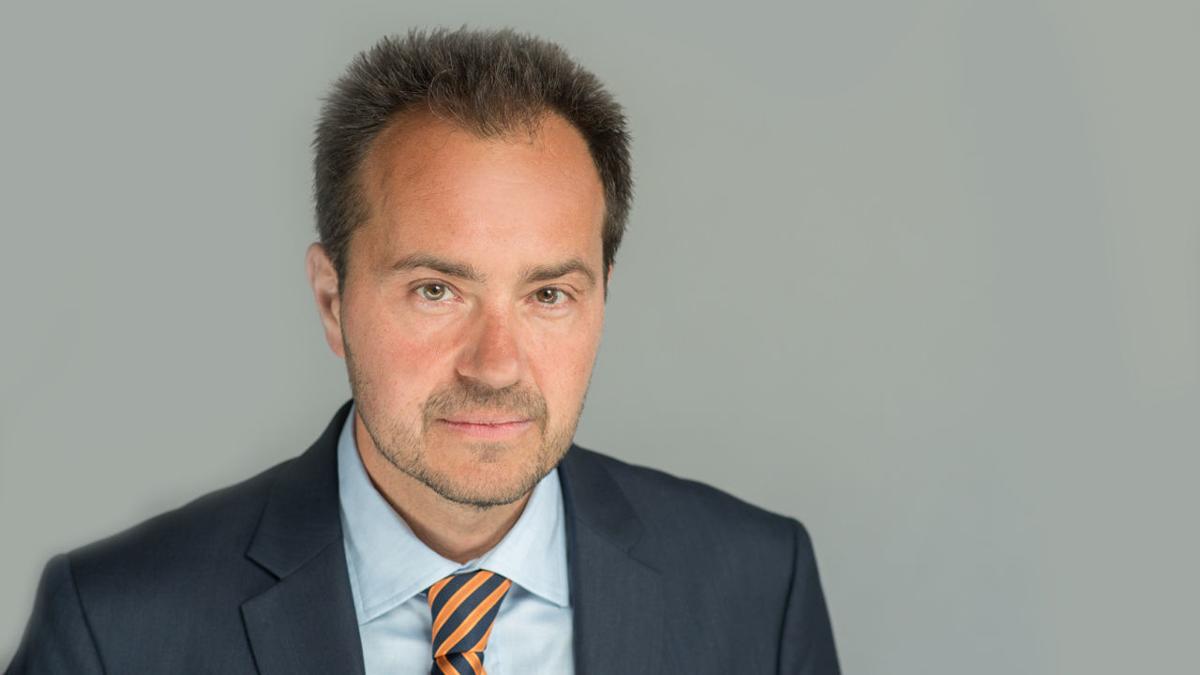 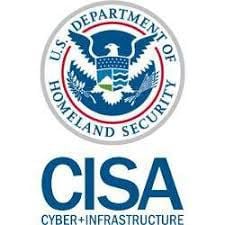 Editor's note: This is the first of a five-part series.

The Soviet Union made nothing subtle about its threat to attack freedom and spread communism throughout the world, so when it sent humanity’s first spacecraft into orbit, the United States found itself in a vulnerable position during a time when nuclear warfare was wildly unpredictable.

Knowing that the Soviets could spy on America and perhaps worse, drop weapons from its new mastery of an overhead virgin frontier, the nation shivered at the realization that a crack existed in its post-World War II defenses previously celebrated as all-powerful and dominant.

Something had to be done, fast, and with a sense of igniting national urgency and a morale that would create an all-in wave of support to reverse the threat.

Needed was a groundswell effort that would mean politicians in Congress would feel compelled to pay for it, that engineers and scientists would feel driven to work long hours in patriotic loyalty, and that citizens would consider to be a national priority that could make them feel secure again.

The answer came when then-President John F. Kennedy announced the Moonshot initiative: America would be the first to put man on the moon, and in doing so, retake its top role in world leadership.

However now, key thinkers argue, America should be just as frightened.

Cyber used to be a word that most Americans associated more with science fiction movies than with their everyday life, but no more.

Everything from phones to TVs to traffic signals to water mains to bank accounts, and even hospital bedside medical charts or the temperature control of chicken coops, has some sense of cyber connected to it.

It took Pearl Harbor to convince a majority in the United States that it should enter World War II.

It took the Soviets launching its Sputnik satellite into orbit to convince Americans of the need to be in space.

It took the bombings of 9/11 to anger and energize the nation into a war on terror.

But can the United States avoid a cyber Pearl Harbor?

The nation must not wait to find out, and it shouldn’t take such a life-changing event to get the country to understand the need for fast action on cybersecurity awareness and development, from the individual level to corporate America to the highest office of government.

That’s according to a think-tank group of cybersecurity experts and federal officials at the first non-military-hosted “Cyber Moonshot” workshop recently held intentionally away from the daily hub-bub of inside the Washington, D.C., beltway and instead in the rolling hills of rural Alabama at Auburn University, where cybersecurity and other homeland security programs have soared in recent years to national prominence.

Some are arguing the situation already has become desperate, with the United States now finding itself much too vulnerable, just as it did when Sputnik flew in 1957.

Getting past the talk

“We’ve been admiring the problem a long time, and now it’s time to get things done,” said Frank Cilluffo, a member of the Department of Homeland Security’s advisory council, a top adviser to high-ranking military and government leaders, and now the director of the McCrary Institute for Cyber and Critical Infrastructure at Auburn, which hosted the recent Moonshot gathering.

Cilluffo made what became a consensus declaration at the brainstorming session: It will take a widespread collective effort to protect online interests against hackers and cyber culprits that range from schoolchildren in basements to the cyber warriors of adversary nations.

The types of threat, meanwhile, are equally diverse, ranging from pranks and petty theft to corporate financial ruin, stolen technology secrets and military espionage, not to mention disruption in services such as power grids, water and daily communications.

“The biggest companies in the world didn’t go into business thinking they’d have to defend against other nations,” Cilluffo said for an example, having noted recent attacks from North Korea, Russia, Iran and China, among others. “It’s not just a government problem.”

The primary objective of Cyber Moonshot is clear: “Make critical infrastructure on the internet safe and secure by 2028.”

That means having an email system less likely to be hacked on open internet.

It means having a better combination of privacy and protection, a combination that countries with fewer freedoms and civil rights, such as China and North Korea, care about.

It means protecting our democracy without election interference or sabotage.

It means less likelihood that American technological secrets will be stolen from private, government, academic and military sources; or that hackers will be able to take over computer networks until paid a ransom, or that the lights and water will be hijacked.

It also means private industry, military, government and academia must do a much better job of being willing to share what they know and other proprietary information that still today is too closely guarded as trade secrets or as elements important to their own private interest, said Chris Krebs, director of the U.S. Cybersecurity and Infrastructure Agency, or CISA.

“We’re going to have to take a level of risk,” Krebs said. “We’ve got to shift from a stakeholder model to a shareholder model.”

It’s his hope that Moonshot will help provide avenues to make that happen and create what he feels is most important for the nation’s cybersecurity efforts to be successful: a grand alliance.

The Cyber Moonshot gathering in Auburn, held Nov. 20-21, was the first conducted outside of government property, with two earlier organizational workshops held at the Naval Academy in Maryland and the Air Force Academy in Colorado.

The workshop brought attention to six pillars defined in a strategic framework report created for Moonshot and presented earlier to President Trump:

Human behavior — How do people use technology available to them and in what ways can they best be convinced on how to protect themselves with cybersecurity best practices?

Education—The nation has a serious shortage of expertise funding for key strategic research disciplines, and incentives are needed to encourage more interest and learning in important fields related to cybersecurity.

Ecosystem — It will take a well-coordinated effort of sharing services, roles and responsibilities for the nation as a whole to meet its goals of internet security.

Privacy — Privacy is a core principle that makes the United States stand out from other nations with more freedom-restrictive polices.

Ecosystem was the primary pillar of focus at Auburn, and thus the concentration on establishing partnerships and planting seeds for a better method of sharing vital information and experience that can be welded into a national plan of action.

But action remains the key word, and not just talk about it, said speaker after speaker, including Peter Altabef, chairman and chief executive officer of Unisys, a global information technology company based in Pennsylvania.

“The country wakes up when there’s a real Sputnick moment. We have to say ‘no, we’re not waiting for that,’” Altabef said. “We’re not going to wait for that bad thing to happen.

“Otherwise, we’ll have a report (Moonshot) that will sit on a shelf until something bad does happen.”

The threat is now

Michael Daly, chief technology officer for cybersecurity and special missions at Raytheon, one of the nation’s largest defense contractors and technology companies, called the need for an American awakening to cybersecurity a critical matter of national security.

“Our cyber adversaries, they ARE coordinating,” he warned. “I don’t think most people understand how tenuous our national security is.

“Most folks don’t understand how dangerous it is, right now,” Daly said. “We need to rally together as a nation.

Troy Turner is the former military/defense editor for Digital First Media headquarters in New York. Today he serves as editor of his hometown newspaper, the Opelika-Auburn News, and continues to write about issues involving military, cybersecurity and Homeland Security. He can be contacted at tturner@oanow.com and followed on Twitter @troyturnernews.

Editor’s note: This is the first of a five-part series.

Troy Turner is the former military/defense editor for Digital First Media headquarters in New York. Today, he serves as editor of his hometown newspaper, the Opelika-Auburn News, and continues to write about issues involving military, cybersecurity and Homeland Security. He can be contacted at tturner@oanow.com and followed on Twitter @troyturnernews.

Where can you register for the COVID-19 vaccine? Here's a look at how you can sign up for the vaccine when it's your phase's turn

Alabama will officially move to Phase 1b in its COVID-19 vaccination plan on Monday.