Subscribe
Read Today's E-Edition
Share This
The fire that damaged her shop, Gallery on Railroad, has made Debbie Purvis love Opelika even more
0 Comments
Share this

TNF: Scores and updates from Colts vs. Broncos 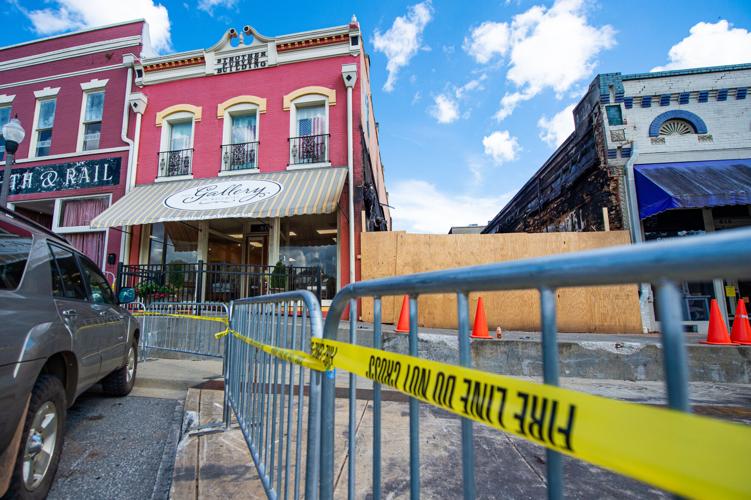 The Gallery on Railroad is pictured here behind the fire line in downtown Opelika, next to the space formerly occupied by Maffia's Italian Restaurant, which was destroyed in the July 21 blaze. 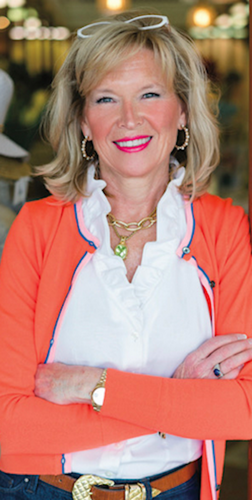 Debbie Purvis, owner of the Gallery on Railroad 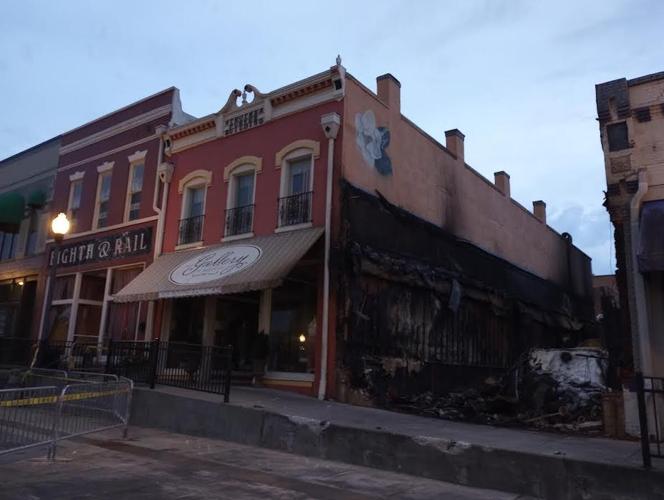 The Gallery on Railroad, the evening after the the fire that destroyed Maffia's 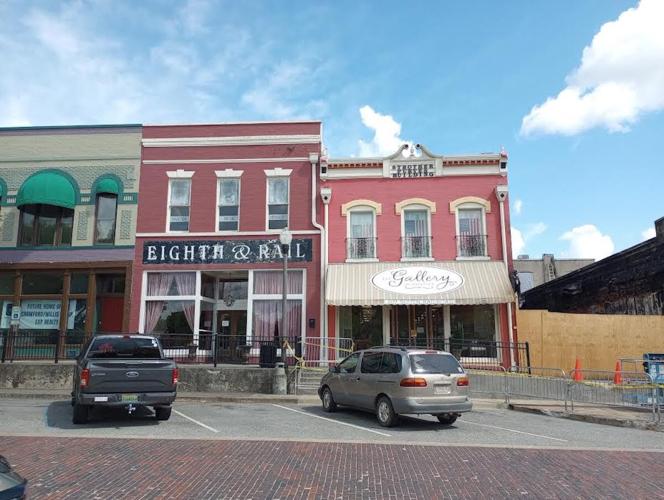 The July 21 fire that broke out in downtown Opelika was devastating to three businesses. Maffia’s, where the fire originated, is completely gone. The two businesses that stood on each side of Maffia’s — The Gallery on Railroad and Southern Crossing—both sustained heavy smoke and water damage as well but are still standing.

Debbie Purvis, the owner of the Gallery on Railroad, remains optimistic. She plans to reopen temporarily in the former Eighth and Rail location in a few months.

“We’re going to have a bright future,” Purvis said. “You know, this building has been through a fire in the late 1800s. And it survived that, it survived this one. This is another notch in the history of this beautiful building.”

While an exact date for the temporary location hasn’t been set yet, Purvis did say that she has ordered merchandise. Gallery on Railroad sells custom frames, women’s clothing and home accessories.

“We’ve been open for 42 years,” Purvis said. “So, this little something is not gonna stop us.”

Like many in the community, Purvis believes there was divine intervention on the night of the fire.

“When that fire happened,” Purvis said, “I know that my daddy and God wrapped themselves around this building and let the fire department do the unbelievable miracle that they performed inside this building.”

Opelika Mayor Gary Fuller has also called the actions of first responders “nothing short of a miracle.”

The Opelika and Auburn Fire Departments poured more than 1 million gallons of water on the fire, which started around 1 a.m. By 8 a.m., Maffia’s was nearly rubble with the Gallery and Southern Crossings still standing on each side.

Purvis said she and her husband keep their phones in another room while they sleep, so they had slept through the phone calls that came through that night. Her husband found out about the blaze through an email early the next morning. The damage to Maffia’s was more than Purvis imagined.

“I thought it was going be a kitchen fire, that it was damage to the back part of the restaurant,” she said. “I hopped in my car and came down here and it just wasn’t at all what I was thinking.”

She said there was no structural damage to the Gallery on Railroad.

“Everything looked normal,” Purvis said. “Everything just had some smoke on it and I have some water damage, but I’ve had no structural damage. My firewall is a brick firewall that’s 24 inches thick. So, I didn’t have any of the heat.”

Purvis continues to praise the city’s response to the fire “incredible.”

“There may be a fire department in this country as good as ours, but there’s not one better,” Purvis said. “I mean, those people just were incredible. Not just for putting the fire out but for how they handled the business owners and the property owners. I mean, they’ve just been wonderful. I can’t say enough about them. And the city has been tremendous. I love our community. I grew up here, and it is just home. Everyone becomes a family when something like this happens.”

The Gallery on Railroad was started by Purvis’ father, Dr. Ken Strother, in 1980. Purvis says her father was always trying to help people go into business for themselves. She said he asked her about it on a Sunday and then bought the building on a Monday.

“He saw this building and asked me one day if I wanted to have a frame shop and I was thinking art gallery, so we combined the two,” Purvis said. “We’ve been at it ever since. It’s gone through different transformations as more and more and more things were added to it, but at the root of it all has been our custom framing and art.”

For now, Purvis has her eyes on the future.

“We’ll be back better than ever. The future for downtown Opelika is bright,” she said. “This whole area is just full of wonderful people. And we’re all very blessed to live in this community.”

A single-vehicle crash over the weekend in Lee County took the life of an Auburn man. The crash happened at approximately 12:34 a.m. on Sunday…

The wait is over: Downtown Auburn has a grocery store again

With church planting, the process of establishing a new Christian congregation in a community, churches often move around town quite a bit bef…

Opelika police are currently investigating a shooting that occurred on Saturday on the 400 block of Wittel Avenue, near Southview Primary School.

Auburn fans are always on the edge of their seats on game day.

Auburn will soon get a new golf store. Moon Golf, owned by Auburn alumni Anne and Dan Moon, is scheduled to open later this month at 2006 Samg…

The Gallery on Railroad is pictured here behind the fire line in downtown Opelika, next to the space formerly occupied by Maffia's Italian Restaurant, which was destroyed in the July 21 blaze.

Debbie Purvis, owner of the Gallery on Railroad

The Gallery on Railroad, the evening after the the fire that destroyed Maffia's