Subscribe
Read Today's E-Edition
Share This
They washed windows in high school to raise money for college; now they've got a growing business
0 Comments
Share this
1 of 2 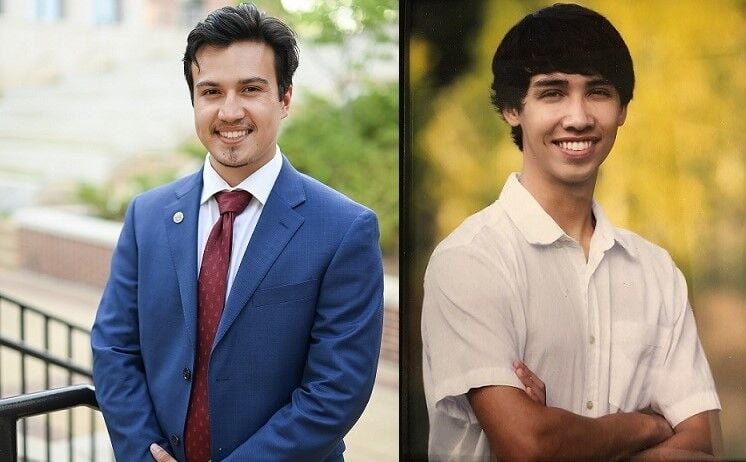 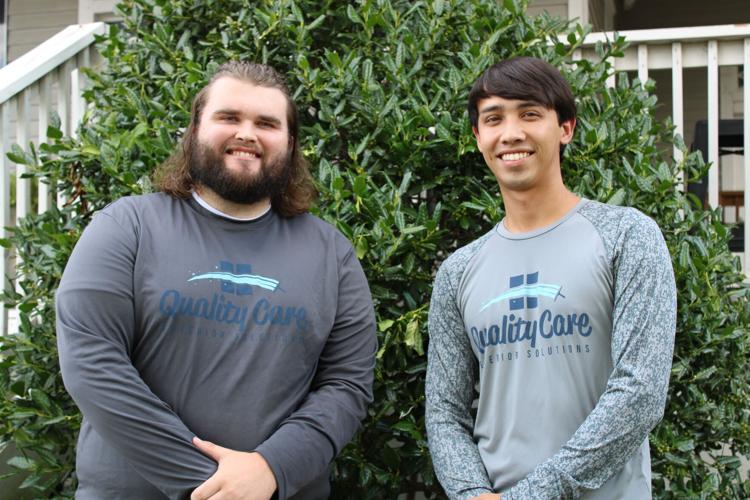 Five years ago, two Huntsville teens started a window-cleaning and pressure-washing business in high school to save up to attend Auburn University.

Today, they’ve expanded their business to two more cities, have plans to spread throughout the entire state, and are looking to give back to their campus community.

And they haven’t even graduated from Auburn yet.

In 2017, during their junior year, they were looking for ways to save for college.

Hart said they wanted to start a business, but they didn’t know what it was going to be.

One day Quattlebaum called Hart to ask if he’d like to help him clean windows at a local Circle K gas station in Huntsville. Hart said he wasn’t thrilled about the idea at first, but he agreed to take on the task.

After they finished their work, Hart said the manager was impressed and asked them if they’d like to add the six other Circle K’s in the area. Quattlebaum said yes and the two started cleaning those seven gas stations once a month.

“I guess something about the community seeing young kids, we were juniors in high school, out working and they loved that,” Hart said. “People would come up to us and they’d ask if we’d want to come clean their house and things like that.”

Shortly afterward, Hart and Quattlebaum decided to turn their gig into an official business. They got licensed and insured, and things took off from there.

In 2019, Hart and Quattlebaum came to Auburn University and established a branch in Auburn and Montgomery while maintaining the Huntsville branch.

“We figured we’ll keep doing this and use it to put ourselves through college,” Hart said.

Each is now 21 years old and a senior at Auburn, with Hart majoring in business management and Quattlebaum in finance.

In their business, they service both commercial and residential customers, and besides cleaning windows, they’ve added houses, roofs and gutters to their list of cleaning services as well as pressure-washing various surfaces.

They’ve been able to hire employees who were also saving for college or already enrolled.

Hart said the first employee they hired in Auburn was Daniel Laughlin, 21, who is also working to pay his way through college.

A sophomore physical education major, Laughlin transferred from Jefferson State Community College after taking a few semesters off during the COVID-19 pandemic to save money.

He joined the Quality Care Exterior Solutions team in January after meeting Hart and Quattlebaum.

“It’s been such a blessing, and it’s just been great to work around my school schedule,” Laughlin said. “It’s been a great experience, and the community has been really welcoming.”

Hart and Quattlebaum said they love meeting new people and listening to their stories. In Auburn, they say, they’ve cleaned homes of professors from the university and other “interesting individuals.”

They plan to continue the business after they graduate and hope to expand across the entire state of Alabama.

“We’re dreaming at this point,” Hart said. “We’ve got plans to make that a reality, but it’s not going to be easy.”

Hart said he never thought the business would grow as much as it has but feels “extremely thankful.”

“The amount of support that we’ve received from people is incredible,” he said.

That’s why Hart and Quattlebaum want to offer a full service exterior cleaning to a local individual, and if it goes well, Hart said they’ll consider making it an annual event.

Hart said they need help finding the right person and are asking the community to email them at info@qualitycareexteriors.com to nominate citizens before Aug. 5.

“We want input from people,” Hart said. “We want to get the input from the community to figure out who deserves it, somebody else who gives back to the community, and we want to reward that if we can.”

Because of Betty Fulmer, a book and a burger joint: Auburn couple opens The Table, a space for people to gather in downtown Auburn

In the upstairs area above what used to be the Cheeburger Cheeburger restaurant in downtown Auburn, one family has decided to create a free sp…

Last weekend, Auburn police, with assistance from the Opelika Police Department, arrested Jarquaizmen Lamar Ashmore, 31, of Opelika, on a felo…

For those who don’t ever know what they want for a dinner, a local entrepreneur has developed an app just for you.

More than 20 dead in Chile as dozens of wildfires spread

2 accused in plot to attack power grid in Maryland

2 accused in plot to attack power grid in Maryland

Changes to the federal COVID vaccination program scheduled by Fall

Changes to the federal COVID vaccination program scheduled by Fall