TURNER: Auburn's Bruce Pearl has 'gone to the dogs' with wife and new business partners
0 Comments
Share this
{{featured_button_text}}
1 of 4 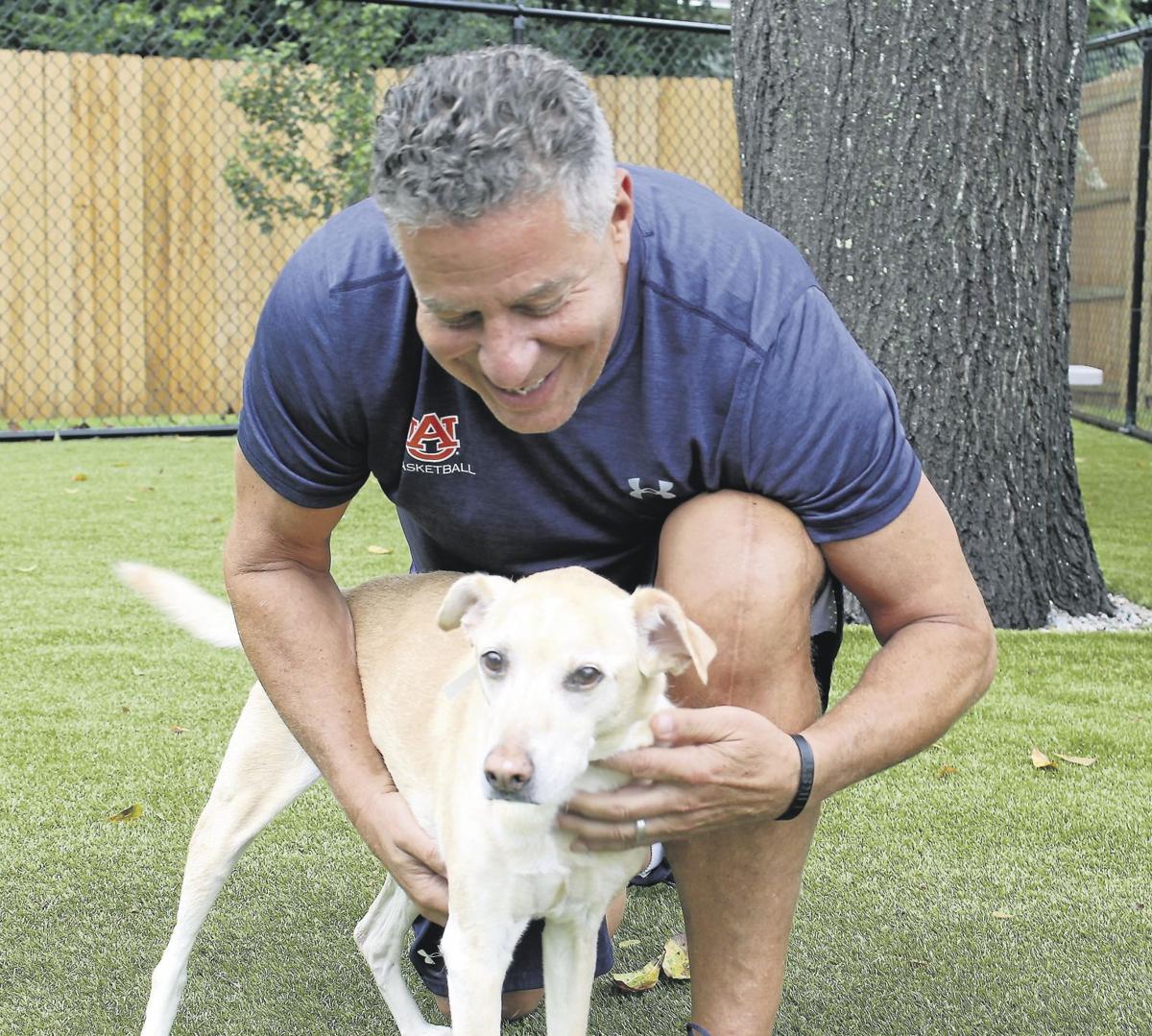 Auburn basketball coach Bruce Pearl gives a little love to one of the dogs at Grove Bark Inn, owned by Steve and April Harper and partners Bruce and Brandy Pearl. (Photo by Keith Huffman) 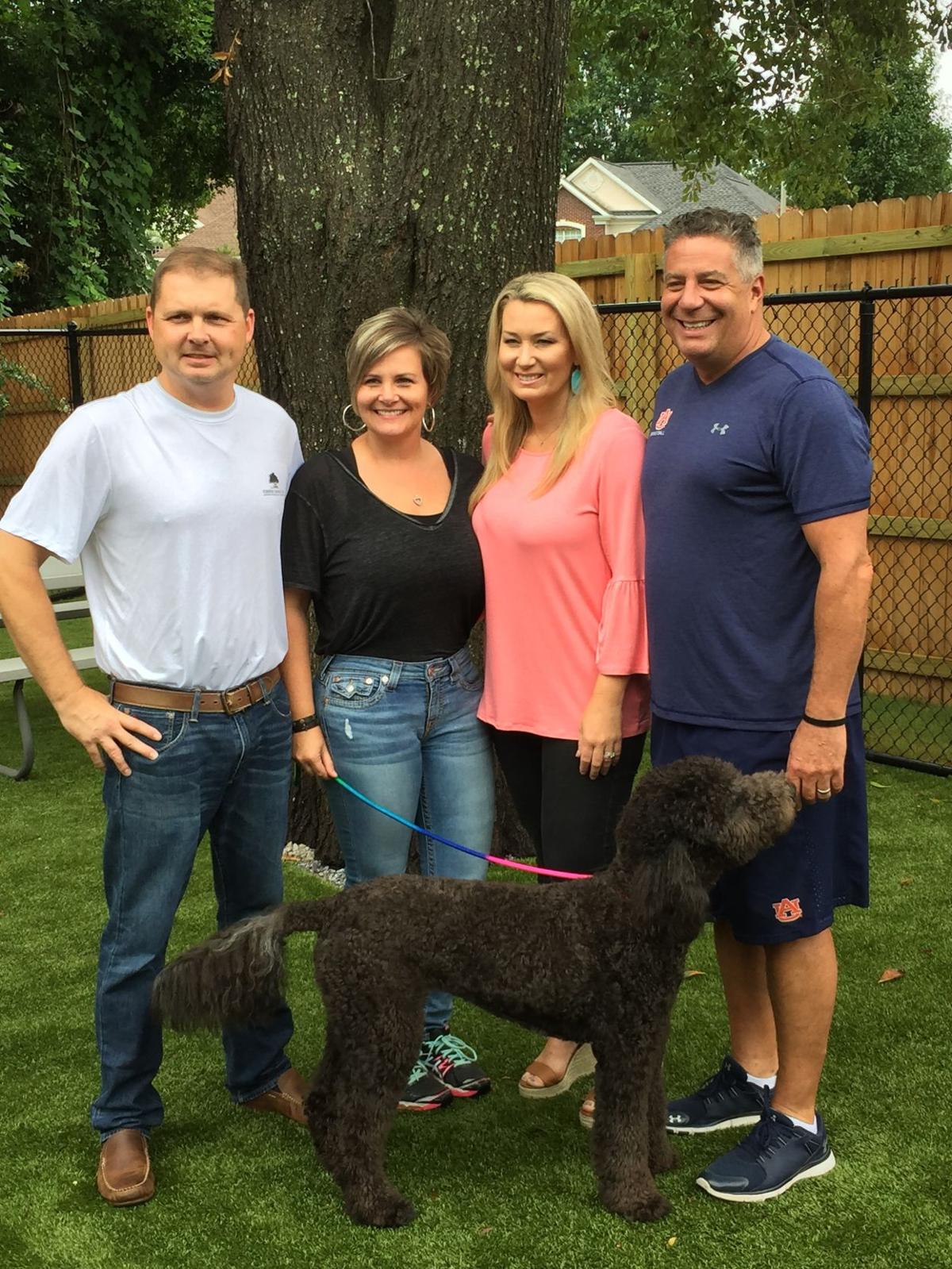 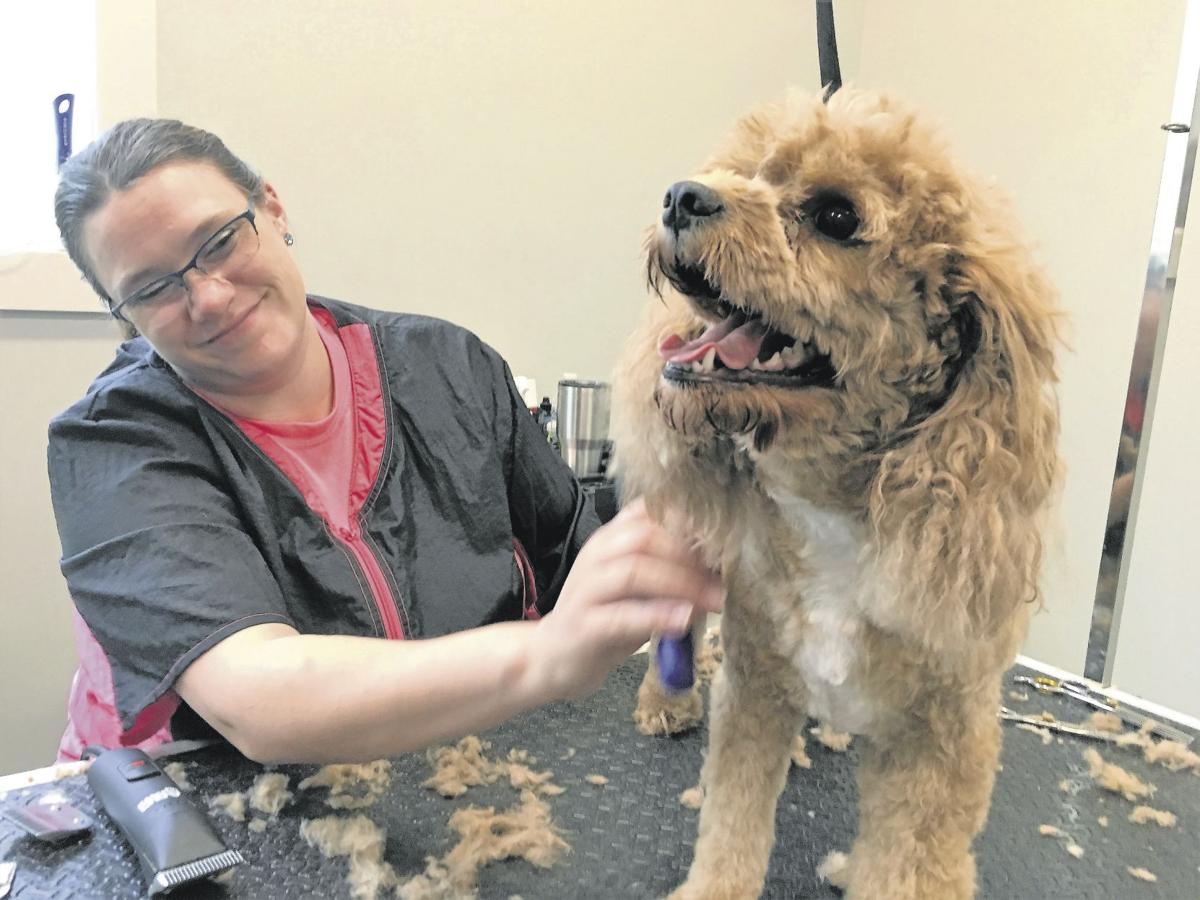 Jamie Haick, a professionally trained pet groomer, gives dog "Lady" the full treatment at Grove Bark Inn. Haick is one of two groomers, including Kathryn Adams, who together have almost 30 years of experience grooming dogs. (Photo by Keith Huffman) 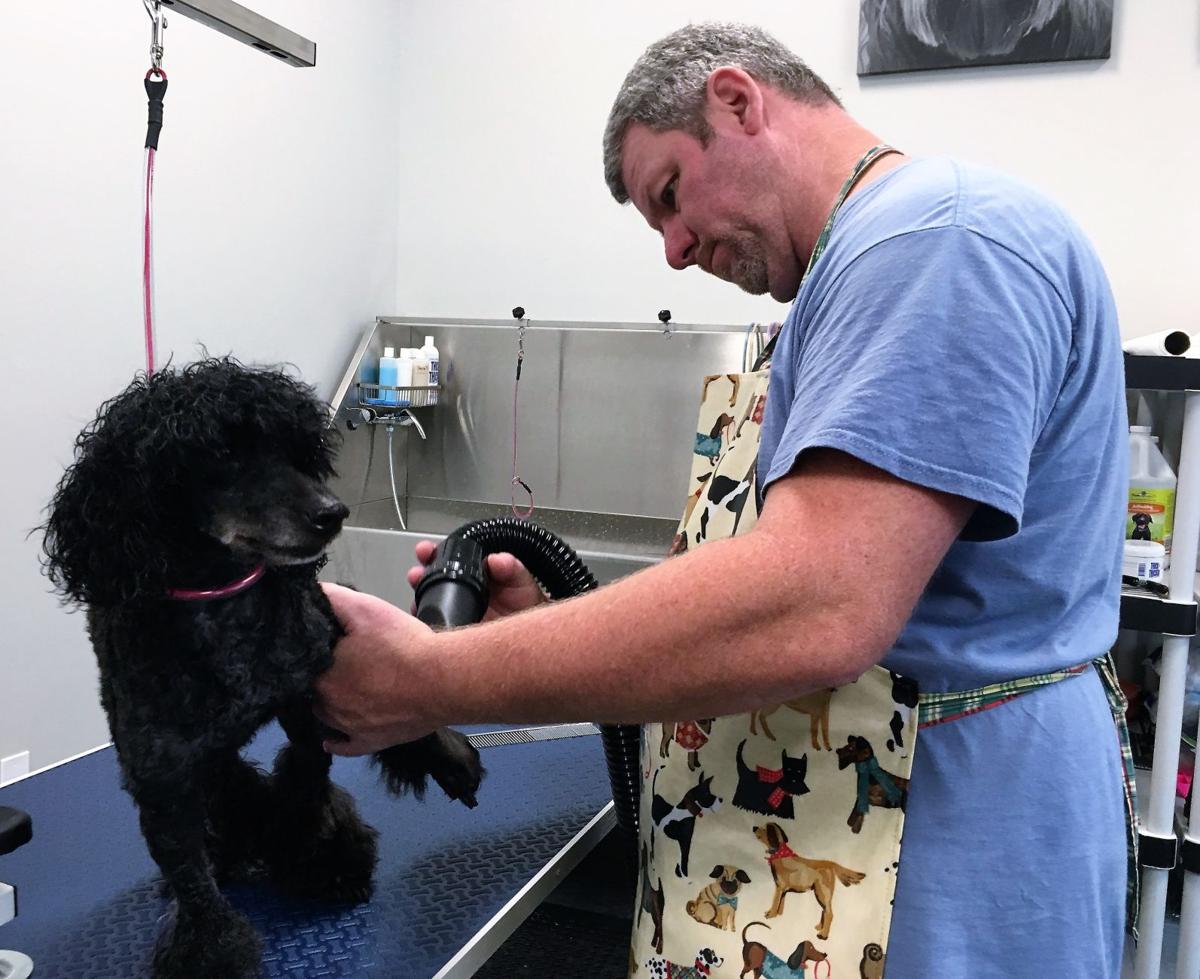 Lee Adams gives special care to one of the "clients" of Grove Bark Inn, owned by Steve and April Harper and partners Bruce and Brandy Pearl. (Photo by Keith Huffman)

Bruce Pearl is among Auburn’s most recognized celebrities.

The Auburn University coach frequently opines about college basketball on ESPN and other networks, he is a popular target for the aim of TV cameras when his Tigers are on the court battling for championships, and he is a fan favorite, even buying pizza on more than one occasion for students who flock to games and chant his name in admiration.

But his latest gig?

Bruce Pearl is a part owner of a new high-class, dog grooming and boarding business in Auburn; and to play off an old cliché, his wife Brandy has no qualms about sending Bruce to the doghouse.

Grove Park Inn is a storied, luxury resort hotel on the historic register and nestled in the beautiful Blue Ridge Mountains near Asheville, North Carolina.

Grove Bark Inn is about to be a storied, luxury dog resort nestled in the friendliest village on the plain in Auburn, Alabama.

Steve and April Harper are the majority owners of Grove Bark Inn, which is an offshoot of their successful business Zoom To Groom, a mobile dog-grooming company.

“Tails are wagging & pets are bragging,” says the Zoom website.

Everything about what the Harpers and Pearls are doing with the just-opened Grove Bark Inn seems to spell fun and smiles. Just ask the dogs, where every freshly groomed tail in the house does indeed appear to be wagging.

Take the deluxe “villa” accommodations in the new boarding facility, for example.

Each of the individual housing units are a nice size, clean, with a thickly padded dog bed, equipped with its own television and an overhead webcam so that the occupant’s owners can check their phone and instantly observe how their beloved dog is doing.

Oh, and not only does each dog staying in a first-class villa have its own TV, but every night it’s tuned to, of course, the Animal Channel.

“We’ve been working on this project about a year,” said Steve regarding the inn, which opened its doors June 28 on Moore’s Mill Road near the intersection of Grove Hill Road and in the heart of the affluent Grove Hill community.

The four partners – Steve and April, Bruce and Brandy – and the inn’s staff are planning a grand opening for 1-3 p.m., Saturday, Aug. 18, that will include eats from the grill and tours of the grooming and boarding facility.

And yes, Bruce will be there too, lending his stardom as a pitchman for the Harpers, whom he says deserve the spotlight for their dreams and hard work behind the business; and his wife, who became close friends with April and loves dogs.

“Brandy actually prefers dogs to people,” Bruce joked, not sure who wife Brandy would choose between himself and their own dog, Stewy.

Brandy explained she became intrigued with the idea of Grove Bark Inn when hearing April talk about her and Steve’s dreams to expand their mobile business with a luxury grooming and boarding facility that would stand out from ordinary pet care.

“I said 'hmm, I want to be part of this,'” Brandy said. “It sounds like an interesting idea.”

Bruce wanted to support his wife, but he also felt the Harpers were filling a community need.

The longtime successful basketball coach often touts community involvement with his players and on the speaking circuit, and he is a major supporter of programs such as Children’s Harbor, which helps children facing varied difficulties find the services they need.

“I have a love of pets, but I have a lot more love of wife,” he smiled and said. “But it’s also a great investment in our community, and we love our community. This community is fantastic, we love living here, and I would love to coach at Auburn as long as they’ll have me.”

April and Steve say business already is good, even before the grand opening arrives.

“We’re already sold out of some of the options for holidays and other big weekends,” April said.

The Grove Bark Inn also provides tours upon request, between 10 a.m. and 3 p.m. Monday through Friday.

Troy Turner is editor of the Opelika-Auburn News. He can be contacted at tturner@oanow.com.

A year in review: Top headlines from 2018

Auburn basketball coach Bruce Pearl gives a little love to one of the dogs at Grove Bark Inn, owned by Steve and April Harper and partners Bruce and Brandy Pearl. (Photo by Keith Huffman)

Jamie Haick, a professionally trained pet groomer, gives dog "Lady" the full treatment at Grove Bark Inn. Haick is one of two groomers, including Kathryn Adams, who together have almost 30 years of experience grooming dogs. (Photo by Keith Huffman)

Lee Adams gives special care to one of the "clients" of Grove Bark Inn, owned by Steve and April Harper and partners Bruce and Brandy Pearl. (Photo by Keith Huffman)