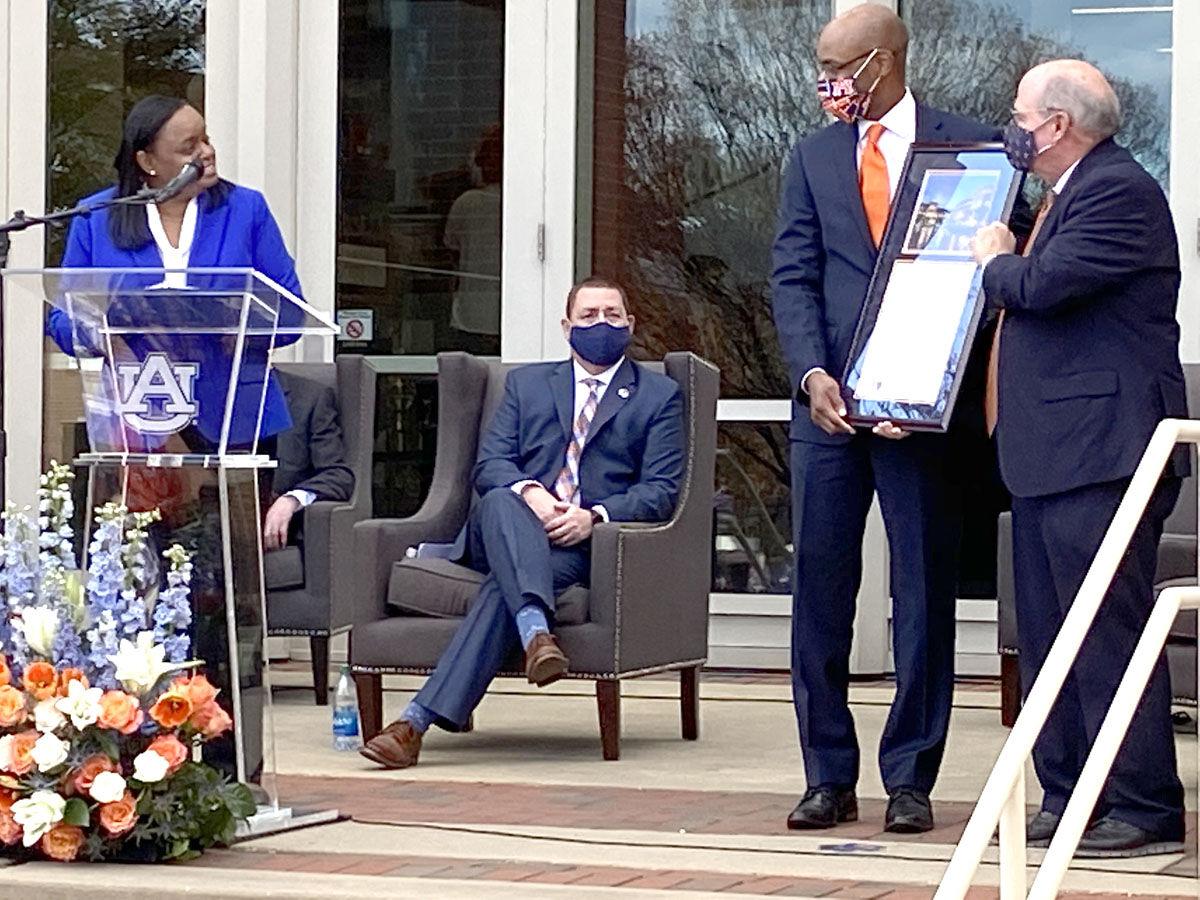 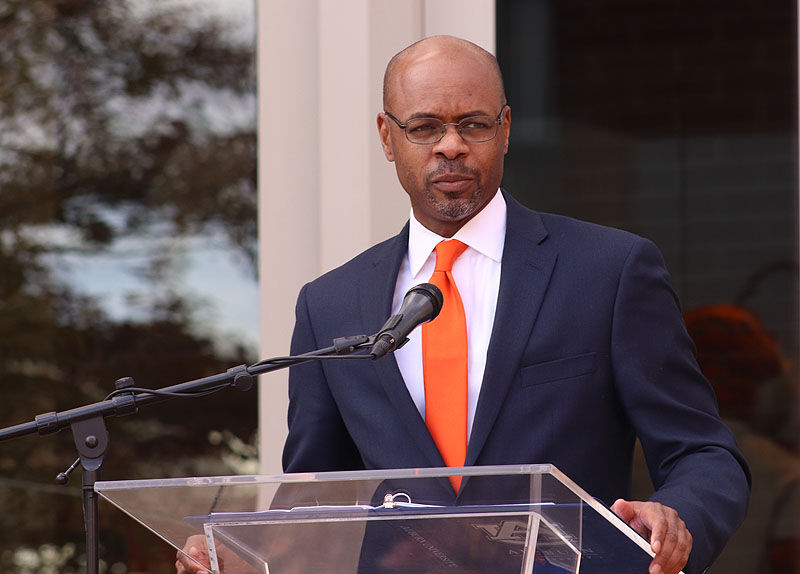 Harold Melton was honored by Auburn University officials Friday, who named the campus student center after him. Melton, while a student in the 1980s, became the first African-American to be elected president of the school's Student Government Association.

Harold Melton was celebrated by his alma mater Friday afternoon for being a trailblazer, but it was his humility that was on display.

Melton was quick to credit friends, family and others who have helped him along the way — from being a Georgia teen who chose to attend Auburn in 1984, successfully sought election to the SGA’s top post in 1987 and then went home to attend law school at the University of Georgia.

After that, he worked in a succession of governmental posts before his appointment to the Supreme Court in 2005 and, ultimately, as Chief Justice in 2018.

Melton spoke of his profound respect for Harold A. Franklin, who, in 1964, became the first black student to enroll at Auburn.

“I can't compare my experience here at Auburn to Harold Franklin's experience. What he had to do here was basically endure. He had to endure, he had to suffer and, ultimately, this University [did] what it takes to make sure he got what he's earned.

“I'm proud of what the University is doing in that regard, but my experience is so much different. I wasn't knocking doors down and busting through windows. Mine was a path that existed with friendship and camaraderie and fun and we celebrated our way to the finish line,” Melton said of his successful campaign for the SGA presidency.

Melton was feted by Auburn University President Jay Gogue, Senior Vice President for Student Affairs Bobby Woodard and others on the front steps of the student center, built in 2008 but never named for anyone until now.

Ada Ruth Huntley is the first black woman to serve as Auburn’s SGA president. The SGA, under the leadership of both her and her predecessor Margaret Turton, has worked over the last year with university officials and the Board of Trustees to get the center named for Melton.

“There have been many black faculty, staff, alumni who have opened doors for students like me… it is a great honor that I get to thank Chief Justice Melton today.”

Another first for Melton

Huntley’s mother, Elizabeth, serves on the university’s Board of Trustees. She and fellow board member Bob Dumas presented Melton with a framed copy of the trustees’ formal resolution honoring him by naming the 12-year-old student center for him.

The senior Huntley is also co-chair of the trustees’ task force looking into building names and other cultural issues on the campus. She noted that the student center is the first Auburn University campus building to be named for an African American.

“It is truly fitting that Auburn’s hub of student activity be named for Chief Justice Melton … it will serve to remind all other students — past, current and future — that with prayer, with perseverance and adversity and hard work — and we know a little thing about hard work; that’s in our (Auburn) Creed — that anything is possible,” Huntley told the 100 or so alumni and other university supporters in attendance.

Earlier in the day, Huntley and her fellow task force members got the unanimous approval of the rest of the Board of Trustees to remove the name of David Bibb Graves — a former Klansman and Governor of Alabama — from a campus thoroughfare and amphitheater.

Coronavirus is hitting many east Alabama counties a bit harder each day. The region had its COVID-19 death toll rise midweek, as the number of…

I-85 backed up due to several car accidents

Two years ago, Auburn resident Marlye Lee was planning her wedding and was disappointed that there wasn’t a bridal shop in town.

A line formed in front of the entrance to the large blue building next to Lowe’s as sign spinners, American flag banners and balloons welcomed…

Police have identified the body of the man found dead Monday in Notasulga.

Harold Melton was honored by Auburn University officials Friday, who named the campus student center after him. Melton, while a student in the 1980s, became the first African-American to be elected president of the school's Student Government Association.