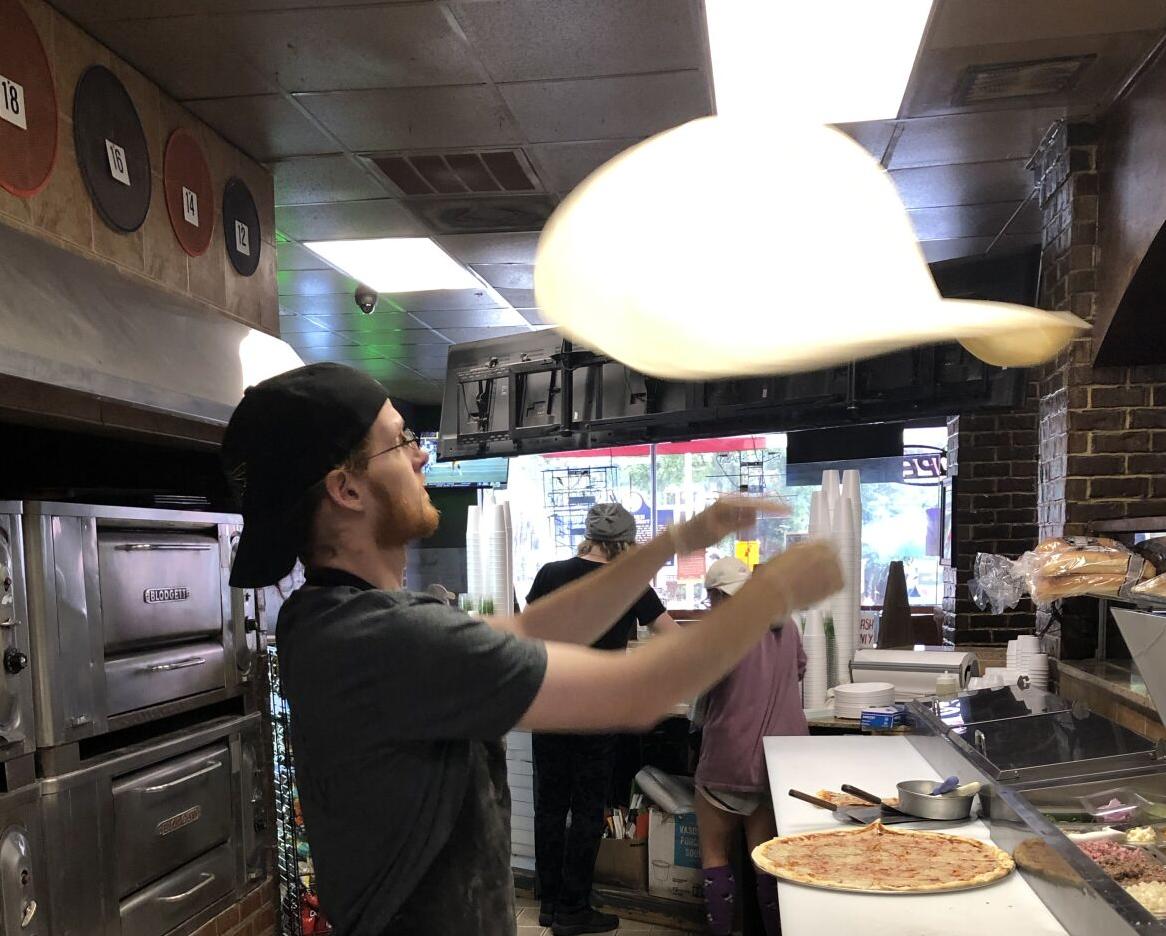 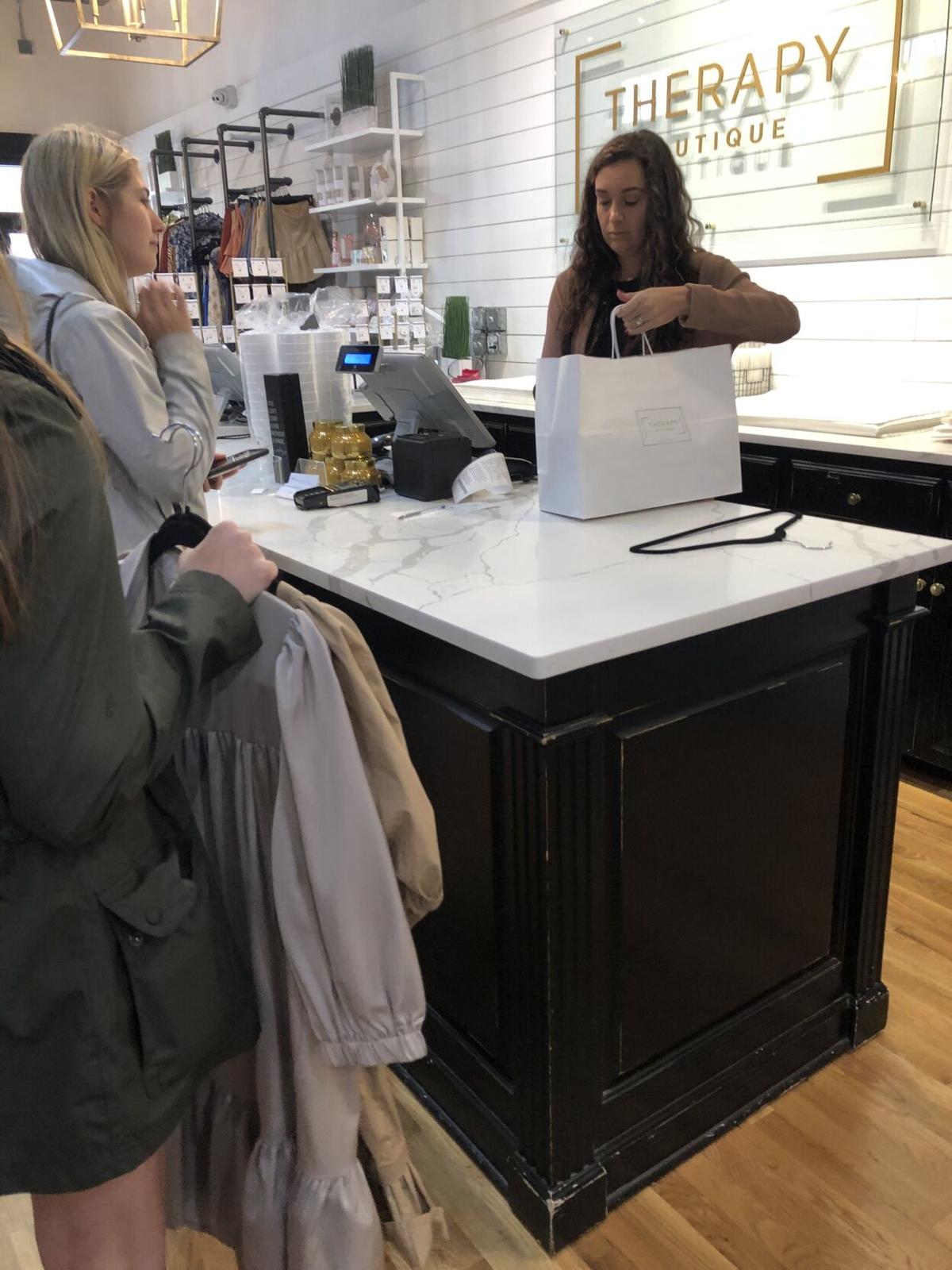 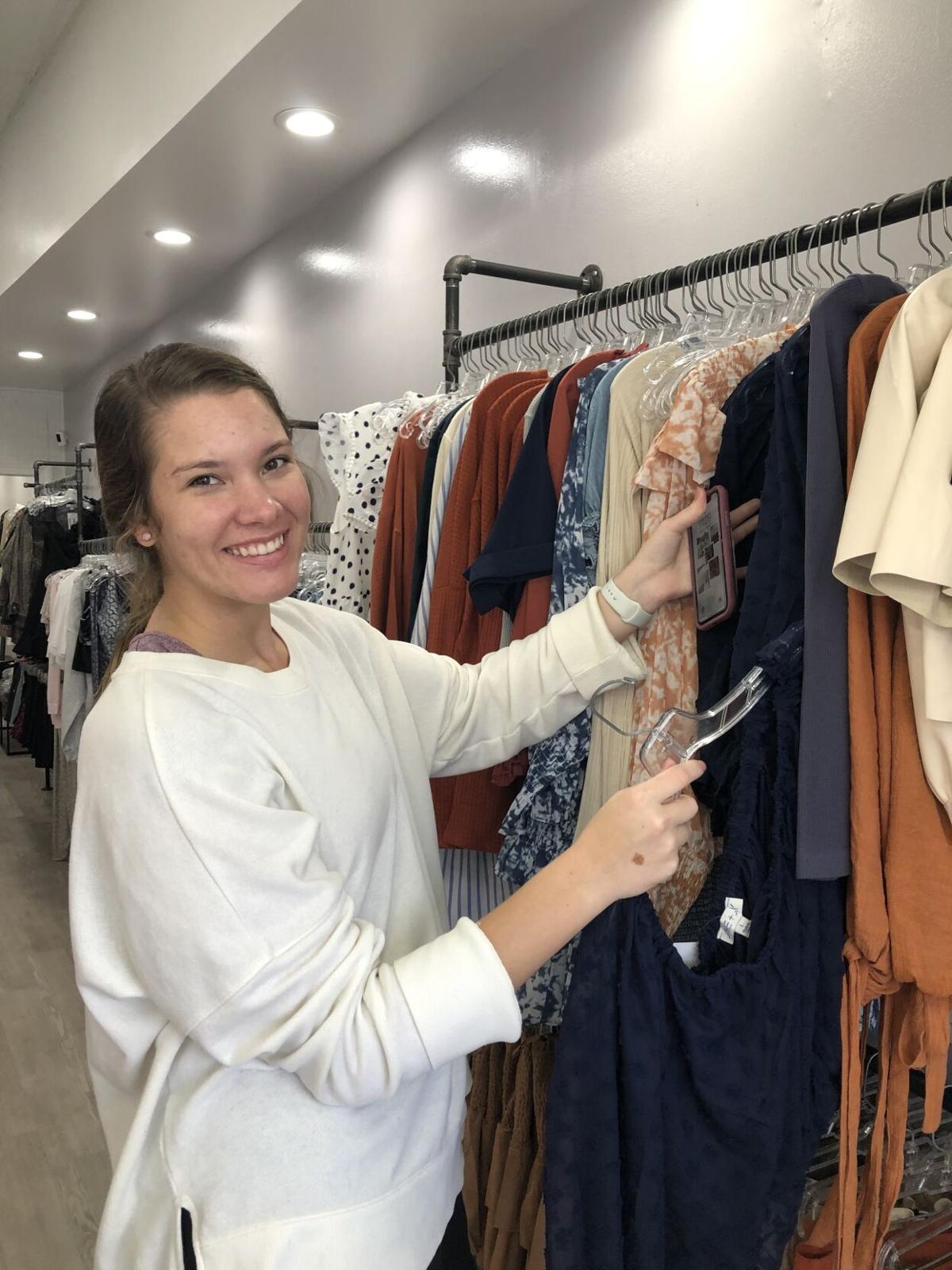 Emory Garner shops downtown before the Georgia game this weekend. 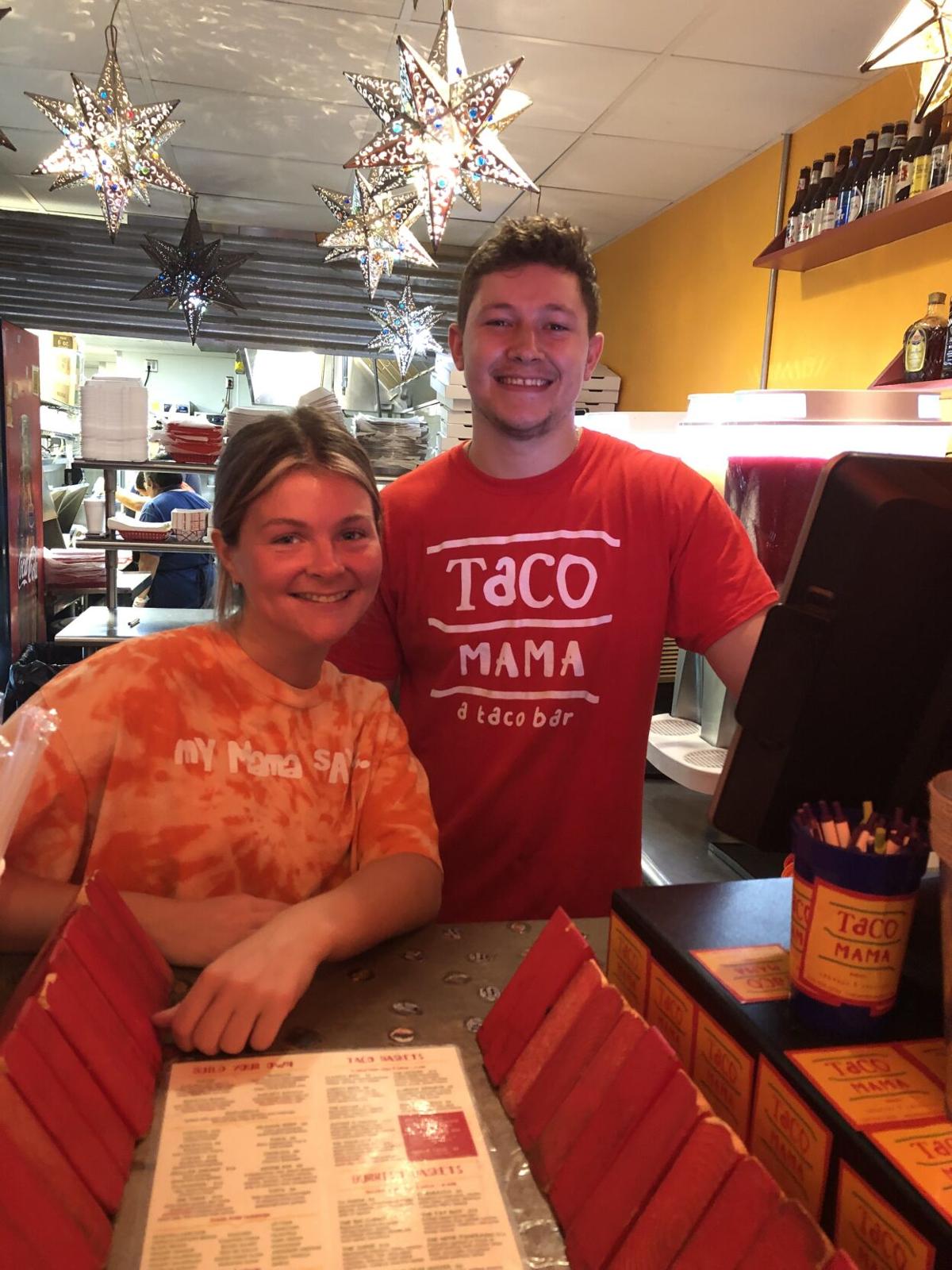 At Taco Mama’s, Katie Martin and Jake Domingo are ready for another busy weekend.

The Auburn-Georgia rivalry game means business will be booming all weekend in downtown Auburn and beyond.

Apart from the Iron Bowl weekend after Thanksgiving, Georgia weekend is expected to be the busiest of the year, and downtown restaurants, boutiques and bookstores have overcome staffing and stocking shortages to be prepared for the large crowds.

“There’s no question that this will be the biggest football weekend we’ve had since the 2019 season,” said Mayor Ron Anders. “This weekend is kind of unique because it starts on the Thursday with Tipoff at Toomer’s.”

Brett Lorass, general manager of Little Italy, is expecting the pizza joint to be packed from Thursday until Sunday, with lines of customers out the door.

Lorass said the restaurant has been understaffed, like many others during the pandemic, but they’ve worked hard to find enough people to fill the kitchen. This weekend Little Italy will have the maximum number of people they can hold in the kitchen, he said.

Trey Johnston, owner of J&M Bookstore, said his business has been struggling with getting merchandise due to shortages caused by the pandemic, but he’s ready for this weekend.

“We’re trying to do business with an empty wagon, so to speak. We’ve got as much stuff in here as we can get from our manufacturers, so we’re going to be OK,” he said.

Johnston has been getting his new staff ready for the craziness of a weekend centered around a game against the nation’s No. 2 team in a rivalry that dates back to 1892.

Rachel Acosta the manager of Wrapsody boutique is expecting a lot of foot traffic from the big game as well.

“We are heavily staffed for the weekend and are expecting to be busy,” she said. “It brings us back to 2019, and I have a feeling it’s going to be just as busy.”

The last full capacity Auburn home game against a Southeastern Conference opponent was in 2019 against Alabama. Fans and businesses are excited to “get back to normal” by once again filling up Jordan-Hare Stadium with 81,451 fans.

“I think people are more excited and will appreciate going back to games since a lot of people didn’t really get to go last year,” said Chloe Floyd, general manager of Behind the Glass boutique.

Floyd said one of their busiest weekends is always when Auburn plays Georgia at home. The boutique had a big turnout from this year’s homecoming game against Georgia State on Sept. 25, but she anticipates a larger crowd this weekend.

“We always get a lot of Georgia shoppers too, since they live close,” she said. “We’ve rearranged the store and put out new merchandise to be ready for everyone.”

Chase Moulton, assistant manager of Auburn Art, an art gallery and gift shop, believes everyone is on edge and excited for the Georgia game after the win against LSU, which he believes will bring more shopping traffic to the store.

Robin Heavlin, manager of Therapy Boutique, said she has already seen an increase in shoppers this week, and attributes it to the Georgia game and the Tipoff at Toomer’s event.

“We were really busy on homecoming with it being parent’s weekend too, but we anticipate the importance of this game to bring more customers,” Heavlin said.

Anders said he was pleased to see a more balanced home football schedule with the Georgia game this month—as opposed to the second week in November as in years past—and said it should make for an interesting season for Auburn tourism this fall.

“You’ve got one big game in October and one in November, and so I personally believe that that’s a better case scenario than playing (both) in November,” he said.

As the rest of the fall football season’s home games pit the Tigers against SEC foes, beginning with the Georgia game, Auburn’s hotels are ready, according to John Wild, president of Auburn-Opelika Tourism.

“I expect this Georgia game to be the best that we’ll have for this season, obviously beat out anything last season, and probably be higher than when they were here in 2019 which was the last record that we had seen,” Wild said.

Wild said the reach of the game’s tourism draw extends beyond Lee County into hotels in neighboring counties and metropolitan areas.

“It starts in Montgomery, especially the Eastchase area, and it goes all the way to Lanett, onward into LaGrange,” Wild said. “Those hotels definitely peak off of our football games, and this one would be a big one obviously with a lot of Georgia fans coming in and Auburn fans coming from Georgia.”

Emory Garner shops downtown before the Georgia game this weekend.

At Taco Mama’s, Katie Martin and Jake Domingo are ready for another busy weekend.