A shortage of one of the most mundane items in daily life — the humble aluminum can — means beer fans are likely to find that some of their favorite brews are out of stock right now.

The supply problem is prompting brewers like Molson Coors, Brooklyn Brewery and Karl Strauss to cut back on the breadth of brands they sell and exacerbating concerns of out-of-stocks.

​​"Everyone who makes anything that goes into a 12-ounce can is being challenged to some respect," Adam Collins, Molson Coors' spokesperson, told CNN Business.

One major factor is the coronavirus and changing habits related to it. Beer that would have ended up in kegs at restaurants and bars has shifted, along with other kinds of alcohol, to being sold in retail stores and through online channels and consumed at home — often in cans. The boom in pantry loading in the spring has compounded the problem by throwing brewer supply chains out of whack.

​​Demand for the can was already strong before the pandemic. Brewers increasingly turned to the vessel during the past 10 years. Beer sold in cans accounted for 50% of all beer sold in 2010 and 60% in 2019, a 20% increase, according to the National Beer Wholesalers Association, a trade association for US beer distributors.

​​Another factor: the White Claw-driven hard seltzer trend. The fervor for those drinks has spurred shortages in the tall, slim varietals of the 12-ounce can, which has become a popular format for alcoholic sparkling seltzers, light beer and some craft brands.

From water to 'everything,' here's a look at every US president's favorite drink

Beer sales are soaring, and these brands are winning the booze battle

Molson Coors, which sells brands like Blue Moon and Coors Light, shifted production in its portfolio away from smaller, slower-moving brands as a result of the can shortage, Collins said. He declined to name specific beers, citing competitive concerns.

​​"Really, the whole idea was ensuring that we had the most can supply available for our biggest brands," he said.

​​Others have made similar moves. Karl Strauss has whittled down the number of beers it typically makes, putting the pause on specialty releases and seasonal beers. And Brooklyn Brewery is focusing on its best-selling brands rather than its newer beers, its CEO said. ​​

​​The "unprecedented demand" for cans has prompted U.S. manufacturers to take the unusual step of importing billions of empty cans from overseas, according to the Can Manufacturers Institute. Can producers such as Broomfield, Colorado-based Ball Corp. and Philadelphia, Pennsylvania-based Crown Holdings are also adding lines and building new facilities in America, but those aren't expected to be operational until at least a year from now.

​​"Can supply is a big deal," said Paul Gatza, a senior vice president for the Brewers Association, the trade association representing America's craft breweries. "We are seeing extended wait times for can orders and also some of the smaller players not having orders fulfilled. Expect to hear more about can shortages across beverage companies."

​​In particular, the turnaround time for shrink-sleeve cans, in which plastic labels are shrink-wrapped onto containers, has grown to 4 to 5 weeks from 4 to 5 days and the printed cans have doubled in price, said Chad Heath, vice president of sales and marketing for Karl Strauss Brewing, the 31-year-old San Diego brewery known for beers such as Red Trolley Ale and Boat Shoes Hazy IPA.

​​To be sure, not everyone says they've been hurt by the shortages in cans. Beer-makers such as D.G. Yuengling & Son, Oskar Blues and Artisanal Brewing Ventures say their supplies have not been interrupted.

​​That's partly because of the can shortage as well as increased consumer demand for brewers' biggest brands.

​​"From what we can piece together, everyone is now having issues meeting demand, and there is fear of lost business to wine and spirits," analysts Robert Ottenstein and Eric Serotta wrote.

Get caught up with the morning's top headlines, the national weather forecast, today's celebrity birthdays and more.

Beer sales are soaring, and these brands are winning the booze battle

People are still buying a lot of White Claw, spirits and wine, but home-grown budget beer brands have also spiked in sales over the past two months.

Thanks to Coors Light, Olive Veronesi now has 150 ice-cold beers after a photo showed her with beer in hand and a plea on a white board: "I NEED MORE BEER!!"

From water to 'everything,' here's a look at every US president's favorite drink

Franklin Pierce earned the distinction of the drunkest president, while Abraham Lincoln was pegged the driest. 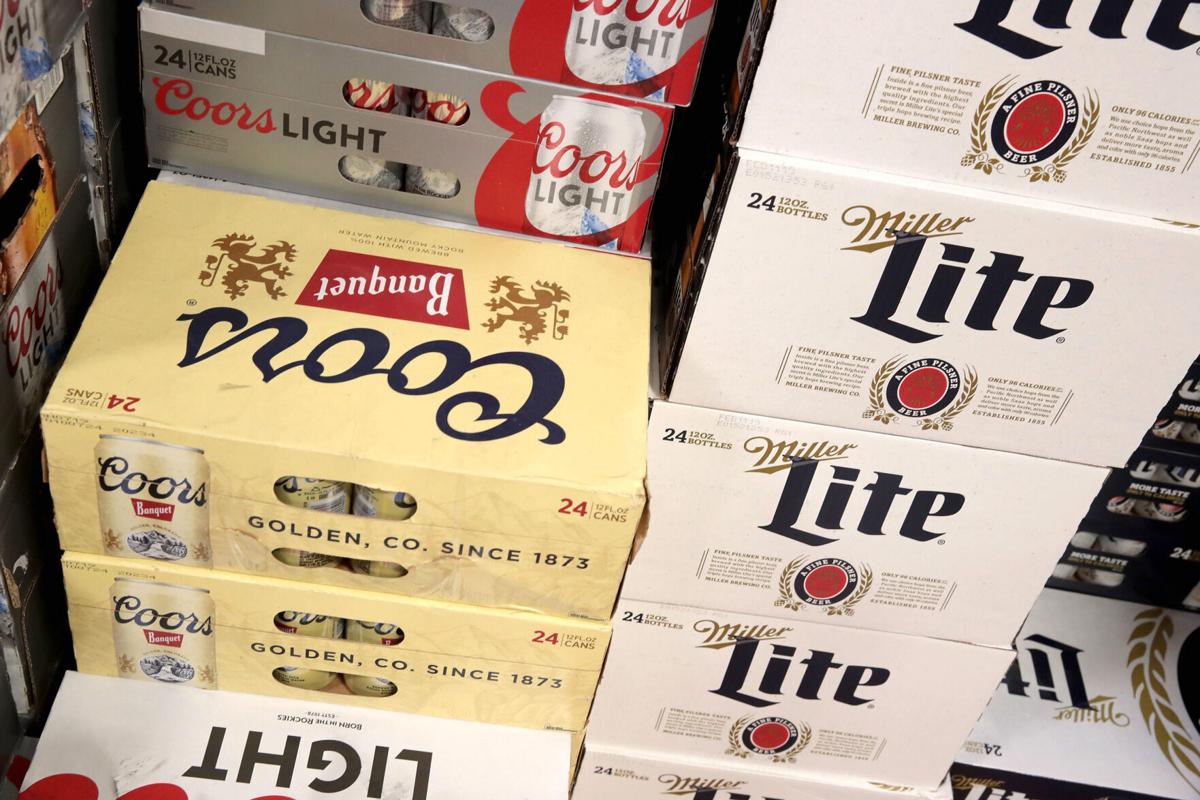 A shortage in aluminum cans means beer fans are likely to find that some of their favorite brews are out of stock right now. The image shows MillerCoors products at a liquor store on November 29, 2018 in Chicago, Illinois. 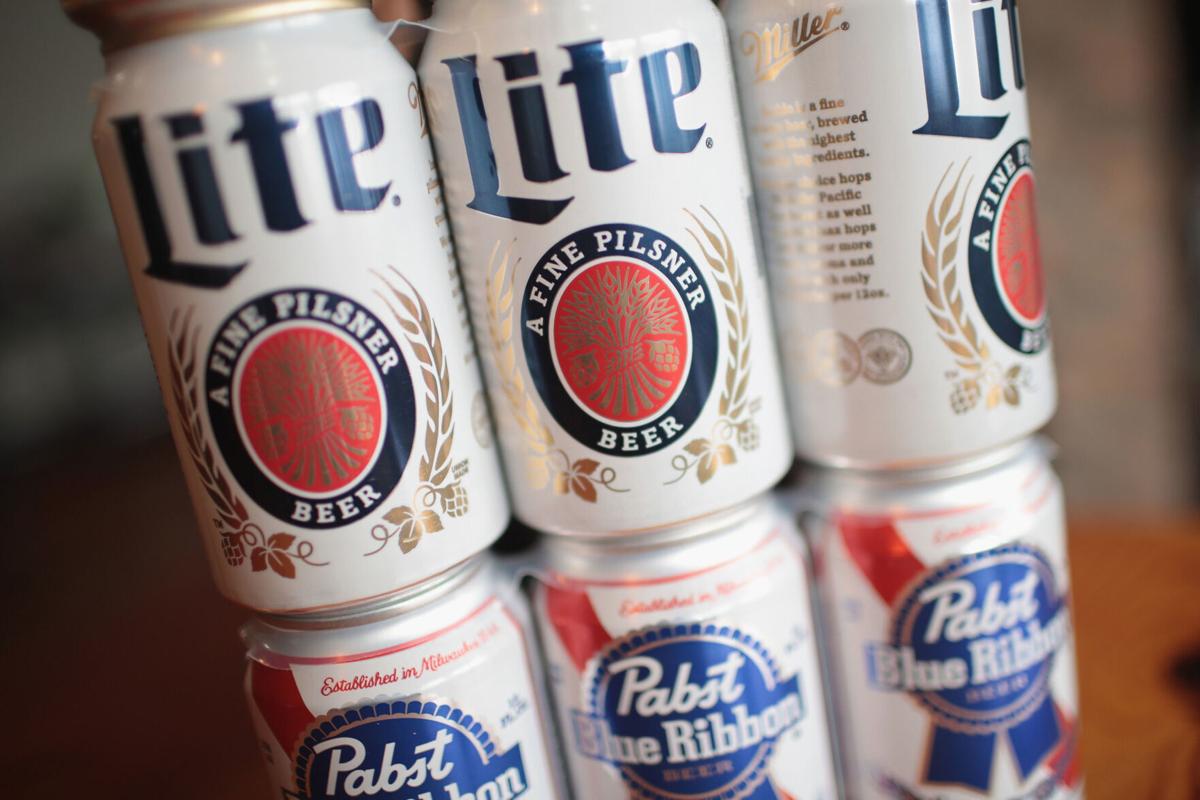 Molson Coors products are shown on November 29, 2018 in Chicago, Illinois.