September 15, 1966 - September 13, 2020 Sandra "Sandy" Eileen Mann Brown, 53 of Opelika, Alabama, was born September 15, 1966, and died Sunday, September 13, 2020. Sandy died peacefully at home on September 13 with her family, her husband Ricky Scott Brown and their two sons Jacob Ellington Brown, 16 years old, and Patton Mann Brown, 14 years old. Sandy touched the lives of many young people and other horse lovers through her Sandy's Stables, a large area that included a large stable for her own horses, boarding horses and trails and riding ring where she gave lessons and held camps. Sandy attended Lee-Scott Academy and Opelika High School where she graduated in 1985. She attended Converse College in Spartanburg, South Carolina. She graduated from Auburn University in 1995 in Early Education. She served as a Tigerette for the Auburn University Athletics Department. Sandy is preceded in death by her father George Patton Mann of Opelika, her grandfather Dr. A.O. Yoe of Talladega, her grandparents George Callaway Mann and Rosemary Patton Mann of Opelika, and her father's two sisters Madeline Mann and Gloria Askew of Opelika. She is survived by her grandmother Marian Nash Yoe (fondly known as "Mie Mie"), Talladega, her mother Lucretia Yoe Mann of Opelika, her sister LuAnn Mann of Fresno, California, and her brother George Earl Mann (Caroline) of Auburn and their three children Rosemary Cook Mann, George Thompson Mann and Sarah Cosby Mann. She is also survived by her mother's sister and two brothers, Sandra (Charles) White of Rome, Ga., Alan Yoe (Amber) of Opelika and Dan Yoe of Birmingham. Including many first cousins that were more like siblings. A small family Memorial Service will be at 2:00 p.m. Tuesday, September 15, 2020, at Jeffcoat-Trant Funeral Home. Visitation will be held one hour before the service beginning at 1:00 pm until 2:00 pm at Jeffcoat-Trant Funeral Home. To honor Sandy's love and commitment to caring for children and their families through horses, the family asks that in lieu of flowers, donations be made to Storybook Farms in memory of Sandy Mann Brown either through the website at www.hopeonhorseback.org or by mail at 300 Cusseta Road, Opelika, Alabama 36801. 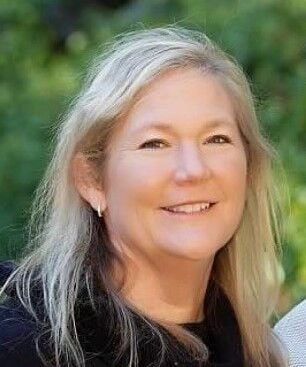