April 22, 1942 - September 3, 2020 Vernon Joseph DuPraw originally from Flint, Michigan and most recently from Auburn, Alabama passed away September 3, 2020 at East Alabama Medical Center. He is survived by his wife Carol Sue DuPraw: children Nicole DuPraw Carter (Matt) and Ryan DuPraw (Donna); grandchildren Jack, Whit, and Finn Carter and Savannah and Hayley DuPraw; sisters Jeana Fiske and Romayne DuPraw; and numerous other friends and family who will greatly miss him. Vern spent his first 65 years in Michigan. He grew up in Flint, Michigan and spent much of his time on his grandparents' farm or pulling pranks with his childhood buddies. He graduated from Mandeville High School in 1960 and went on to receive a bachelor's and master's degree in education from The University of Michigan. He was a beloved science teacher and elementary school principal in the Carmen Ainsworth school district for over 25 years. Vern did many things in his life. He overcame a disability that crippled most of those it afflicted. He was a lover of all sports. He was an avid R/C plane builder and pilot. He enjoyed tinkering on cars especially his 1957 Chevy. He was an ardent Michigan fan who wore a Michigan hat or shirt most days. He was a musician, a history buff and enthusiastic follower of politics. But the things he did, fall far short of defining him. Anyone who knew Vern knew he was a man of love and laughter. Vern loved people. He made friends everywhere he went. He would strike up conversations in waiting rooms, at grocery stores or on the sidelines of a soccer game. It did not matter where you were from, what you believed or how you looked, Vern was going to find something in common with you and make you a lifelong friend. Vern loved his family. Within five minutes of meeting him, he would begin telling you how proud he was of his children and his grandchildren. The pictures would come out next. By the time your conversation was over, you would know everyone's birthday, their hobbies, their professions or schools and what he was certain they were going to accomplish or had already accomplished. Vern loved Carol. For everyone else in this world that he loved, he loved Carol above all others. She was his caregiver, his confidant and his reason for being. For those of us who were fortunate enough to spend extended time around them, we saw gentle teasing, comedic bickering and a complete devotion that was born of a love that spanned half a century. Vern was laughter personified. He had a voice that seemed to carry for miles. You almost certainly heard him before you saw him. What you were hearing was the beginning, middle or punchline of a joke, followed by that deep, jovial laugh that quickly spread to everyone around him. If you wanted to find Vern, all you had to do was look for a crowd of people laughing. Surely, in the center of that crowd, he would be sitting on that scooter, telling jokes that had everyone shaking their heads and chuckling. Vern's soul has departed this world, but his love and his laughter live on. If you pause and listen beneath the noise of the world, you can still hear his laugh echoing. We love you Dad and Go Blue! A celebration of life will be held later in the spring of 2021 at Halsey United Methodist Church in Grand Blanc, Michigan. In lieu of flowers please consider donating to the American Diabetes Association or The National Spina Bifida Association. 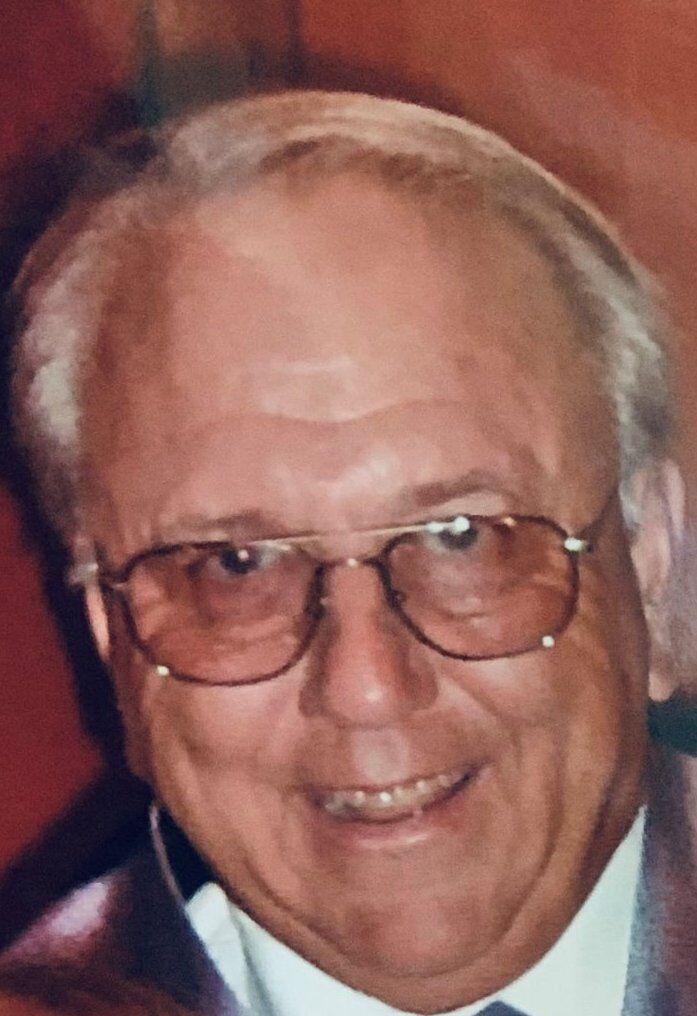