March 3, 1953 - July 24, 2020 Graveside services for Varetta Arnita Jones (67), of Opelika, AL will be held at 11:00 AM Wednesday, July 29, 2020 at Garden Hills Cemetery in Opelika, AL. Rev. Steven Carson will officiate. Public viewing will be held Tuesday from 5-7 pm. Varetta was born on March 3, 1953 to William Albert Jones, Jr. and Verdell Doreathea Jones. She was the oldest of five children. Varetta was a graduate of Opelika High School where she participated in the school chorus and many other organizations. Upon graduating from high school, Varetta attended Southern Union State Community College where she was actively involved in the college chorus and other activities. After receiving an Associate of Science Degree from Southern Union, Varetta worked as an aide in the Opelika School System in the Special Needs Department. She was later awarded a scholarship to attend Auburn University majoring in Special Education. After receiving a Bachelor of Science degree in education, she returned to the Opelika School System as a special needs teacher where she worked diligently with her students before she retired in 2018. She loved working with these students and felt strongly this was her calling. While attending Auburn University, she was inducted into the Kappa Upsilon Chapter of Delta Sigma Theta Sorority as one of its ten charter members. Varetta was also an active member of St. Luke AME church where she participated in the choir and worked with the youth department. Varetta followed in the footsteps of her aunt, Dr. Patsy Boyd Parker, and grandmother, Mrs. Chinissa Boyd in writing the weekly article for the Opelika Auburn Daily News. The three wrote for more than sixty-seven years. Varetta is the last to write this article for more than 18 years. Varetta passed away Friday, July 24, 2020 at her home in Opelika. She is preceded in death by her grandparents, Chinissa Harris Boyd and William Benford Boyd, William Jones and Ida Jones; parents William and Verdell Jones; brother Gregory Jones; and a cousin Nancy Parker Boyd who was more like a sister. She leaves to cherish her memory: one daughter Catherine Jones; a sister, Patsy Jones; two brothers William (Darlene) Jones III and Patrick (Renita) Jones; two aunts and an uncle, Irene Jones and William and Patsy Boyd Parker; a very special friend, Linda Felton; devoted cousins, Valerie Jones and William Parker Jr. (Amy); a host of nieces, nephews, cousins, and friends.

+1
+1
To plant a tree in memory of Varetta Jones as a living tribute, please visit Tribute Store. 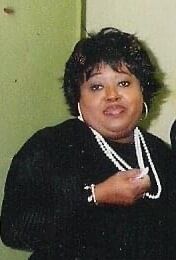